Since 2015 the Millennium Walkway has hosted a whole range of street art and graffiti along the 200m route.

The grey plastic boards have lined the walkway from Canton Bridge right upto The Millennium Stadium and have attracted artists from across the whole of the UK… along with a few musical artists too! 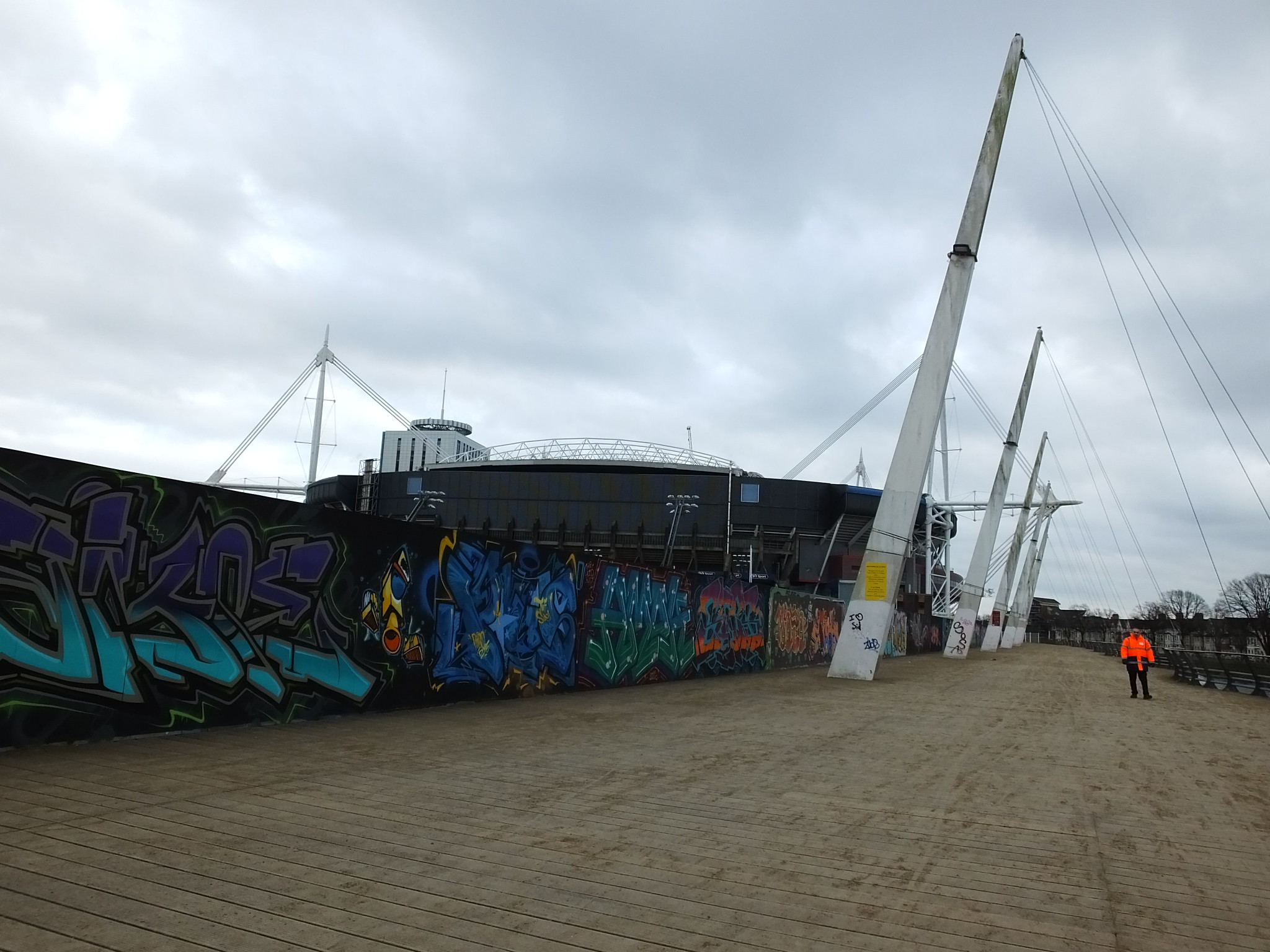 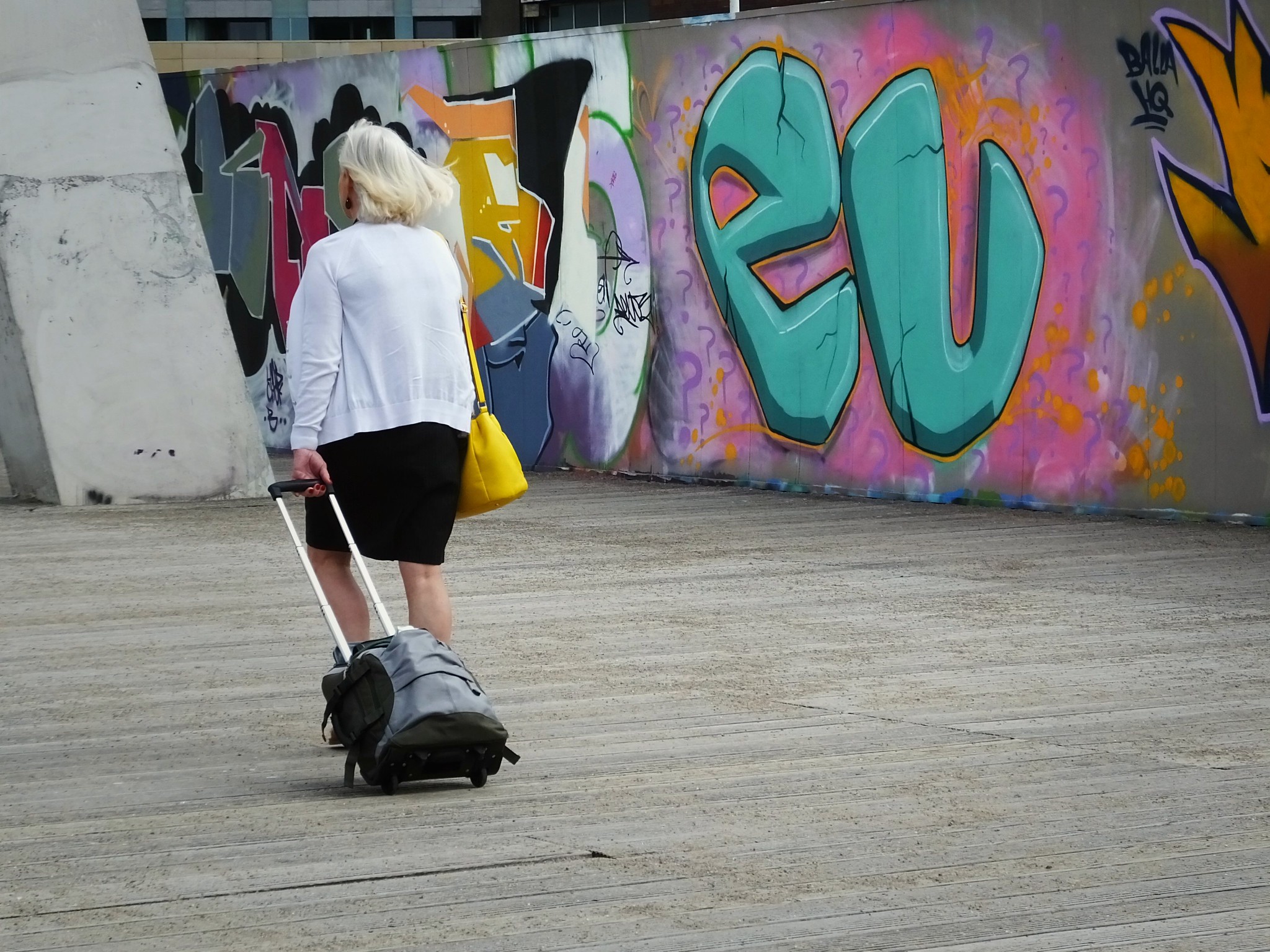 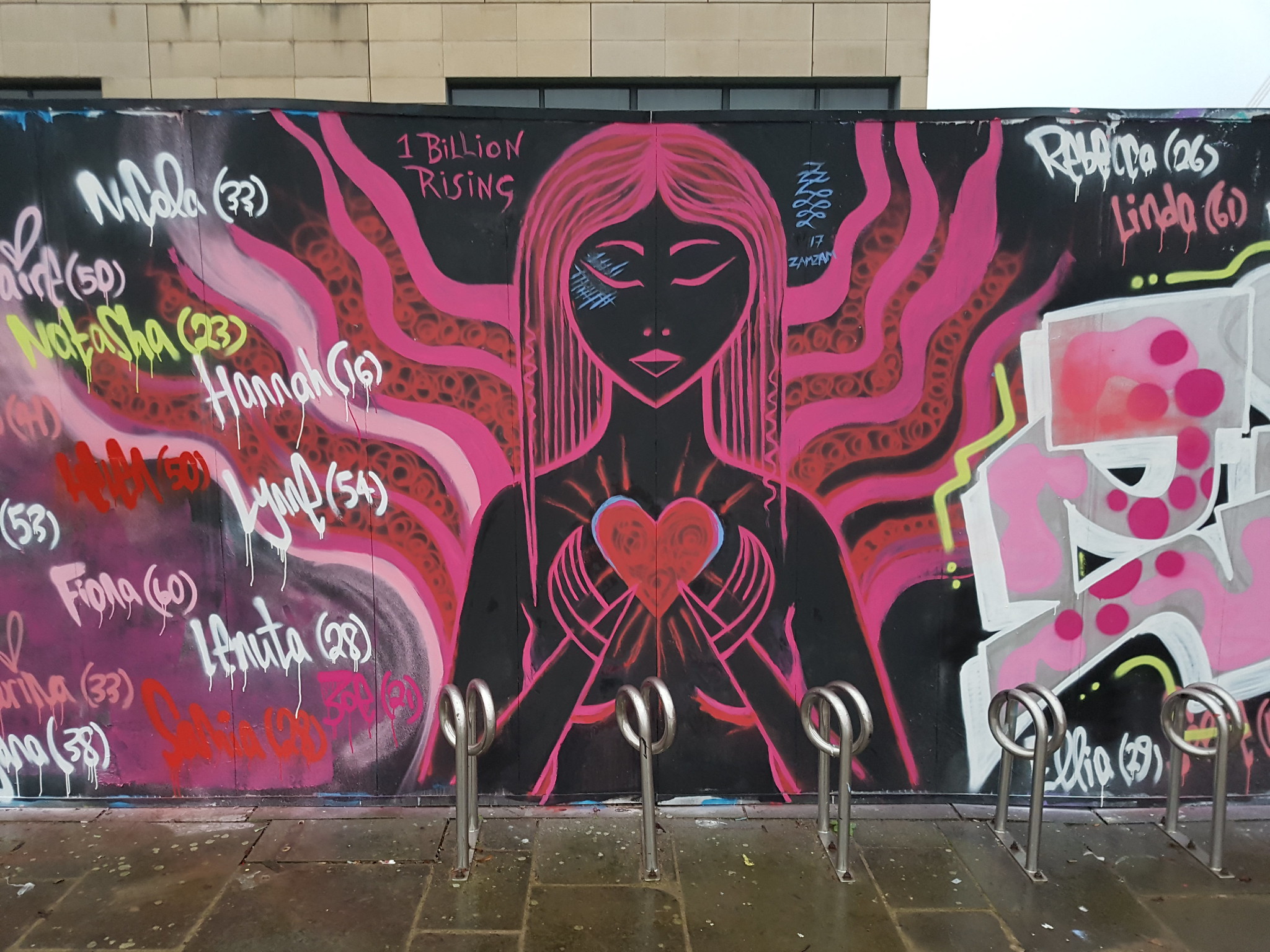 Recently plans have been proposed to totally replace the wall with advertising from commerical companies.
Obviously this proposal didn’t go down too well within the street art community – with some taking to the wall to air their views. 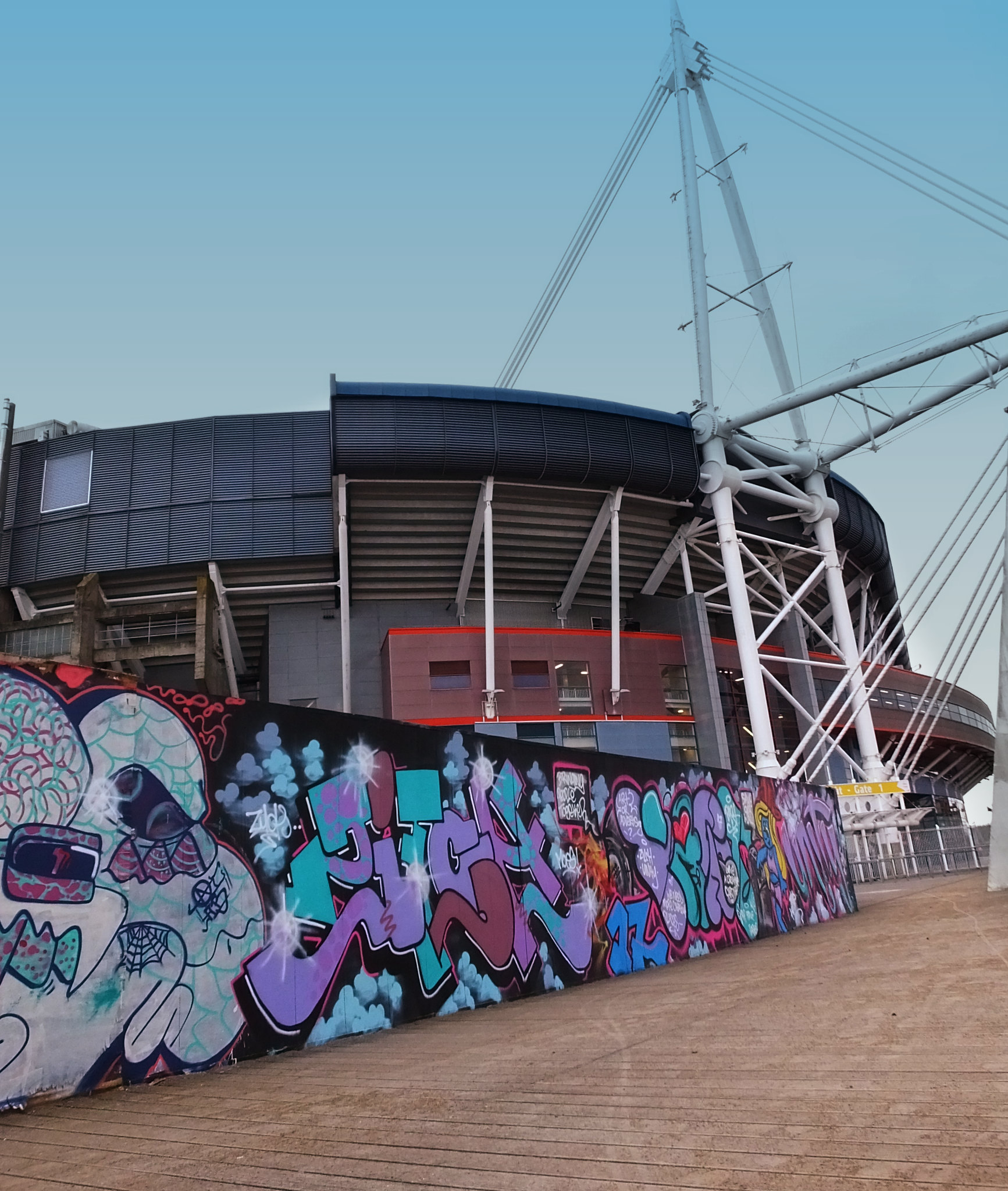 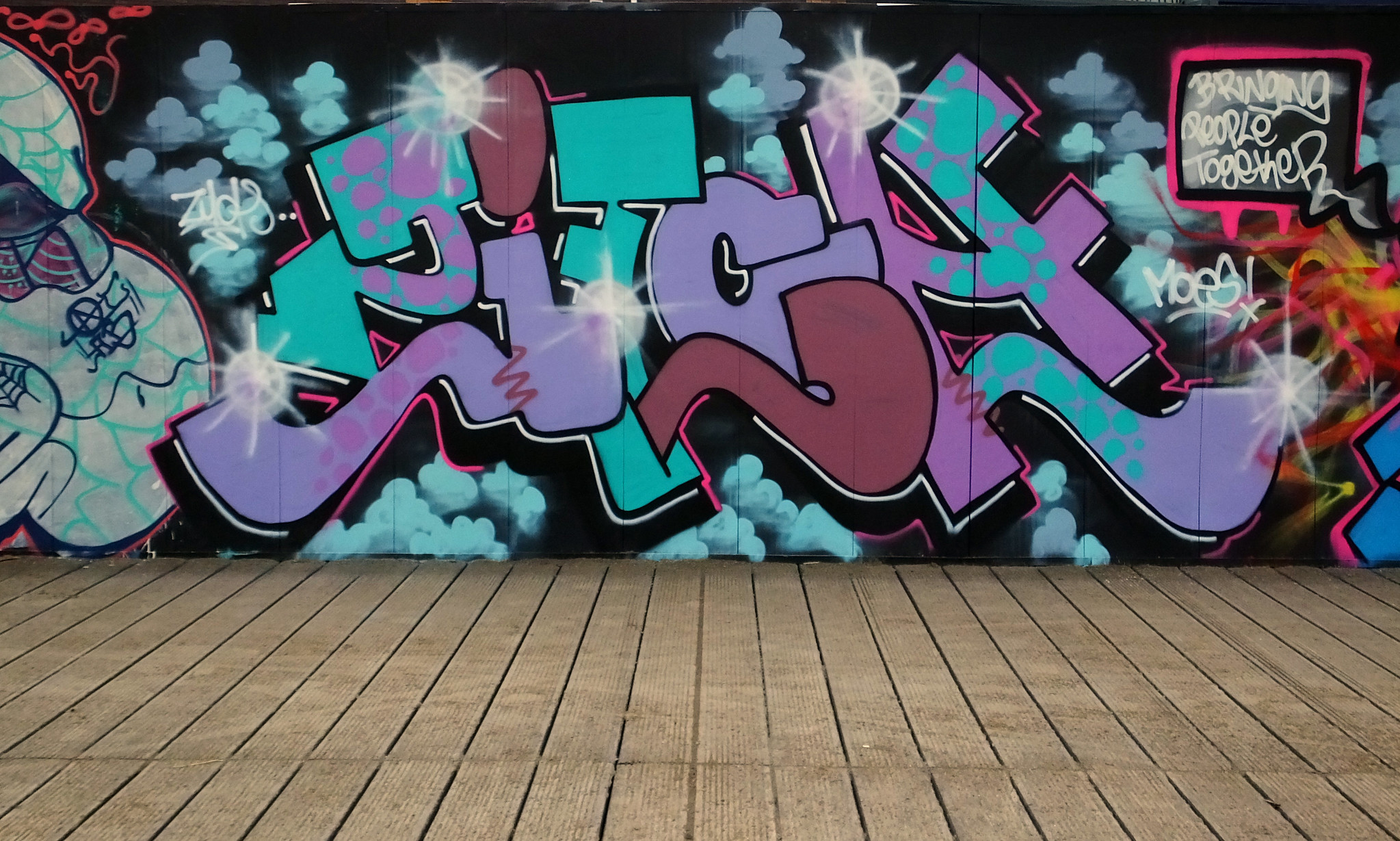 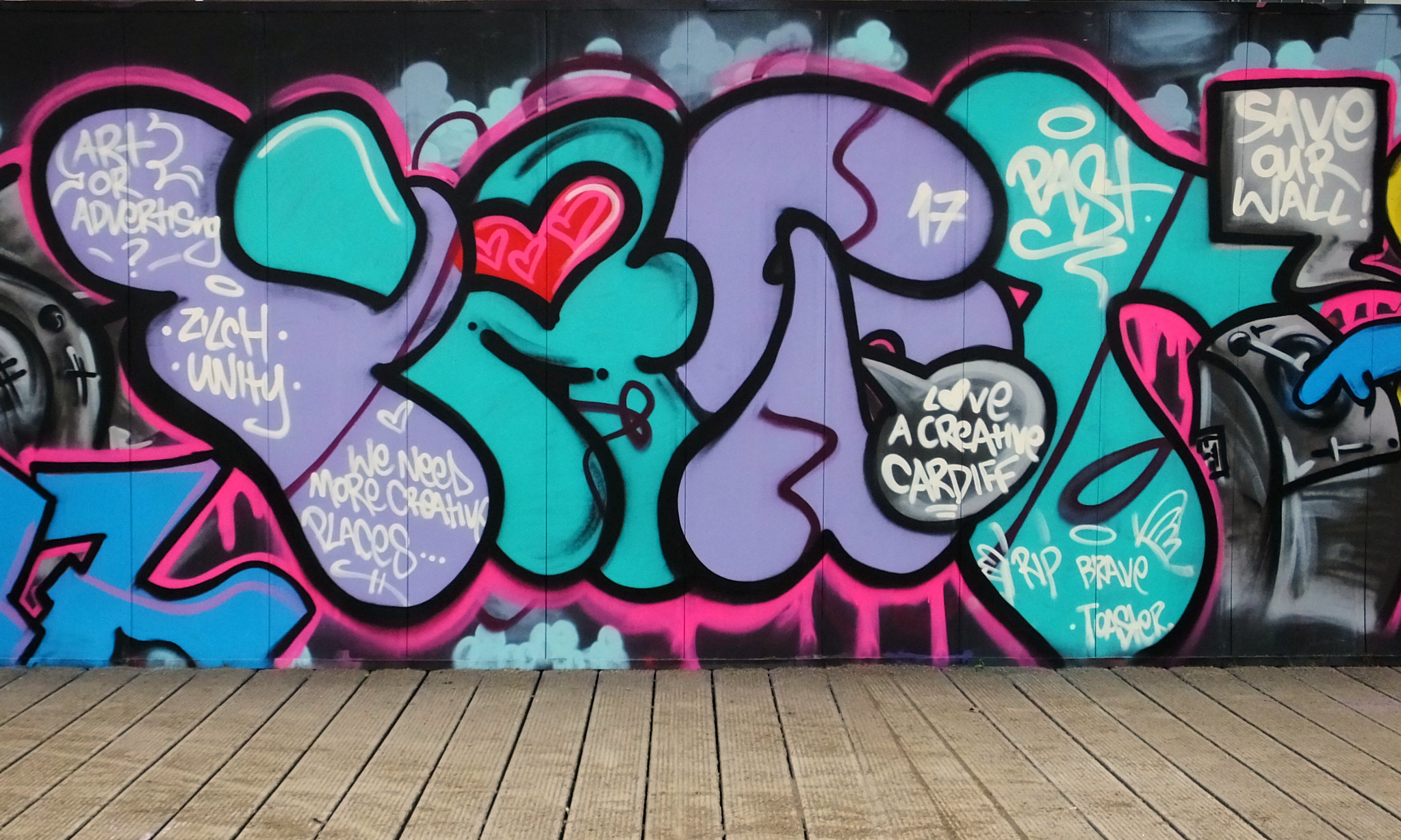 Artists Unity, Zilch, Past and Litra painted in bright vibrant colours in varying styles but all with the same message that the wall is important and needs to be saved. 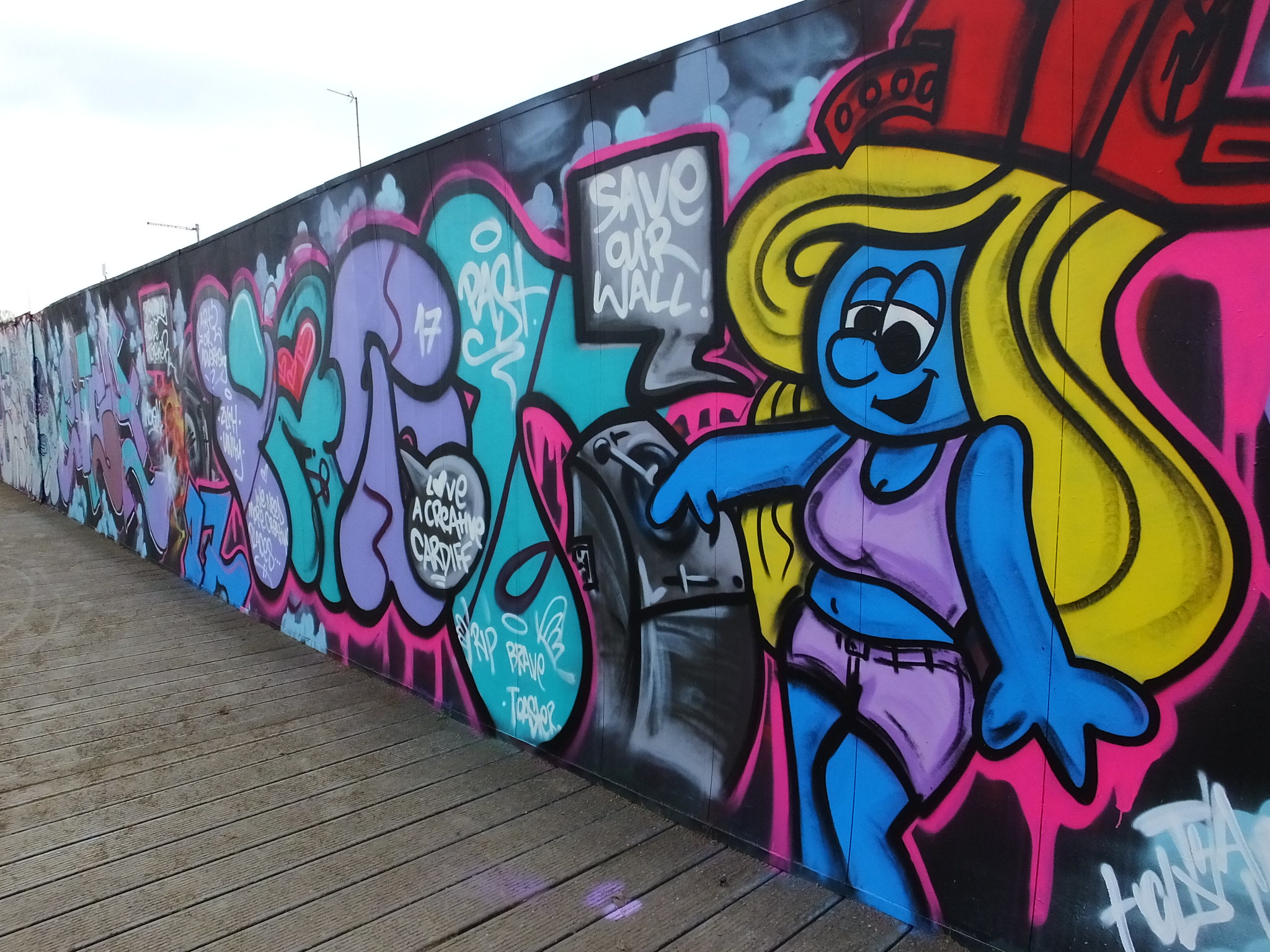 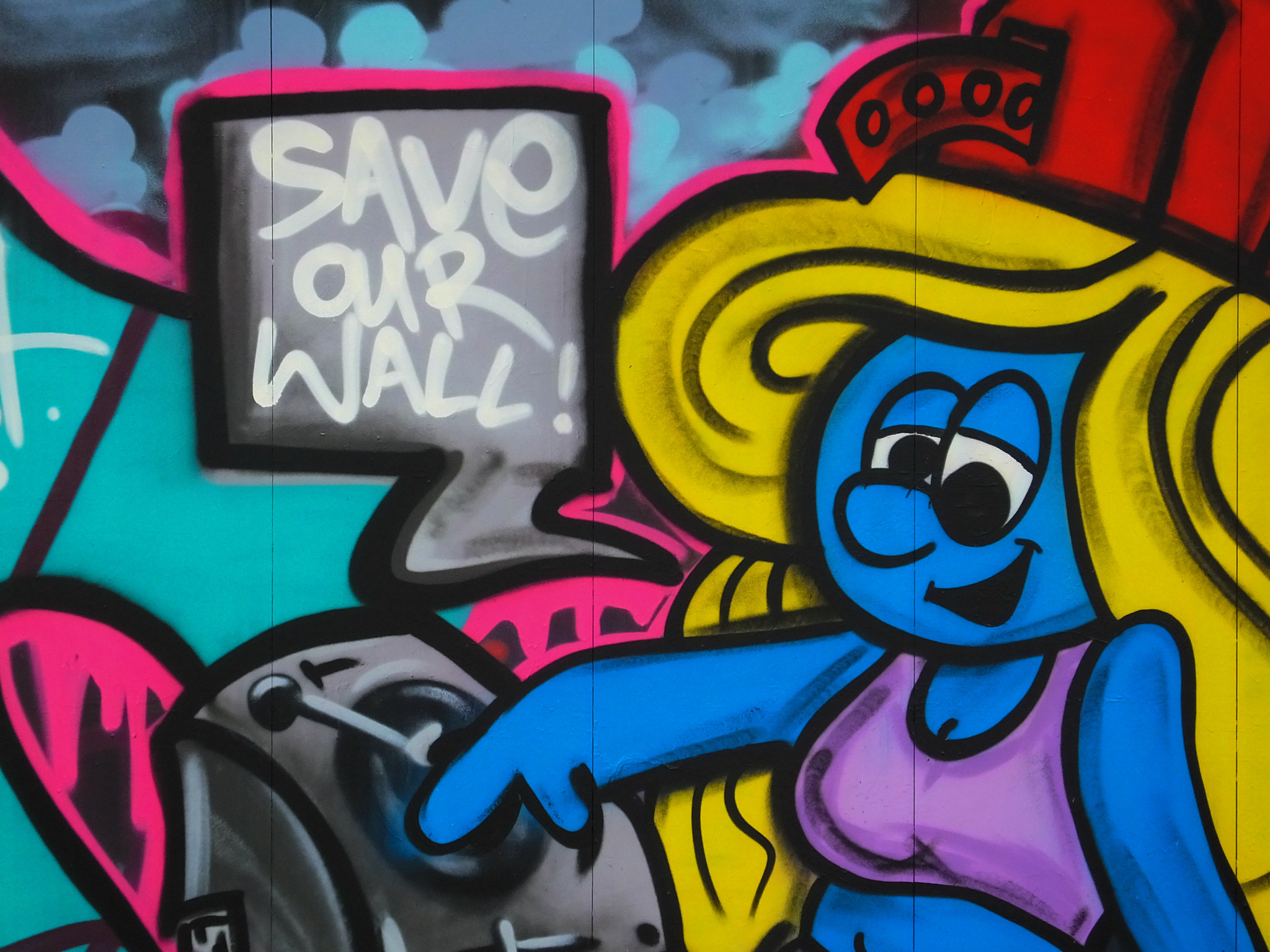 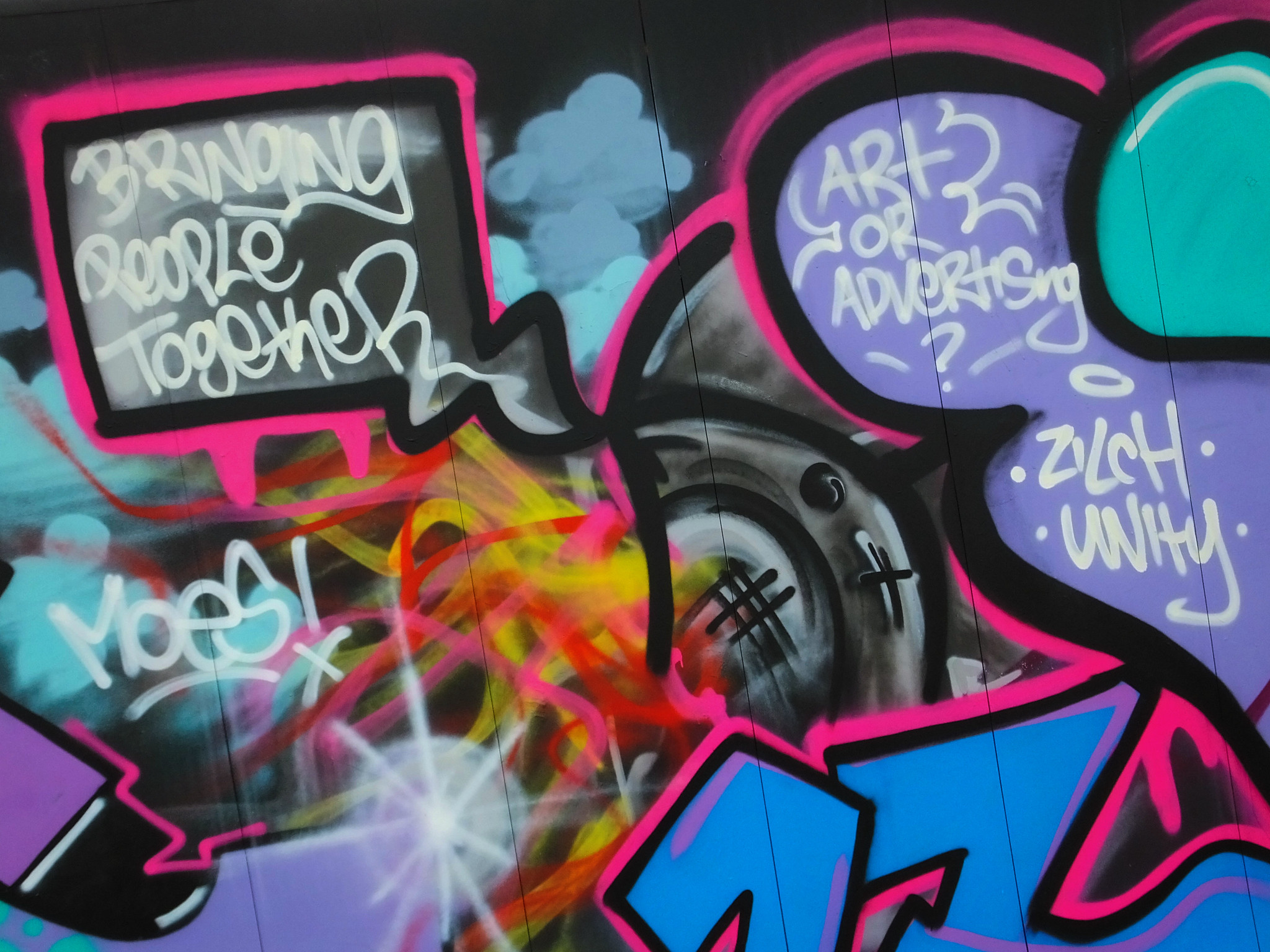 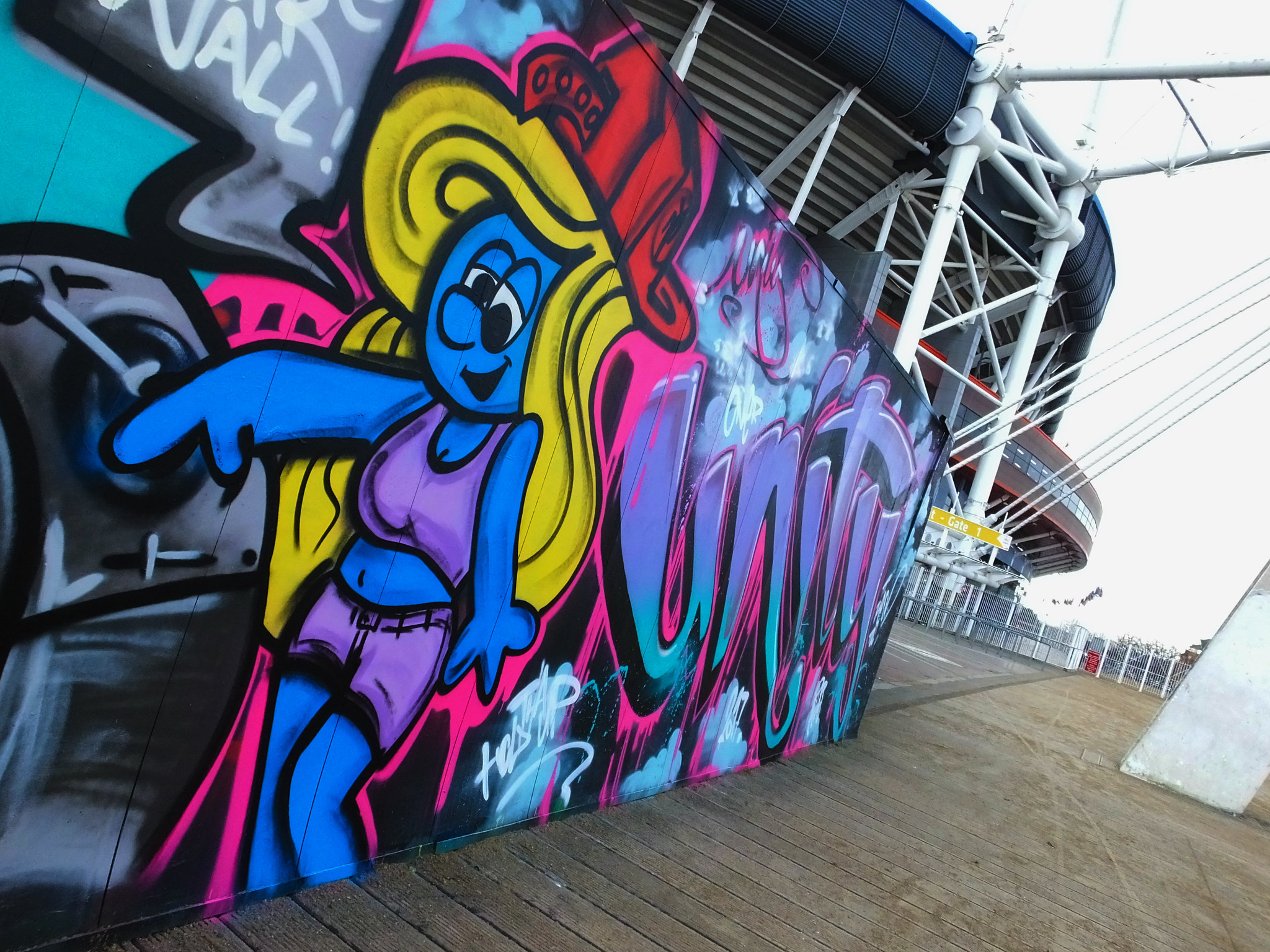 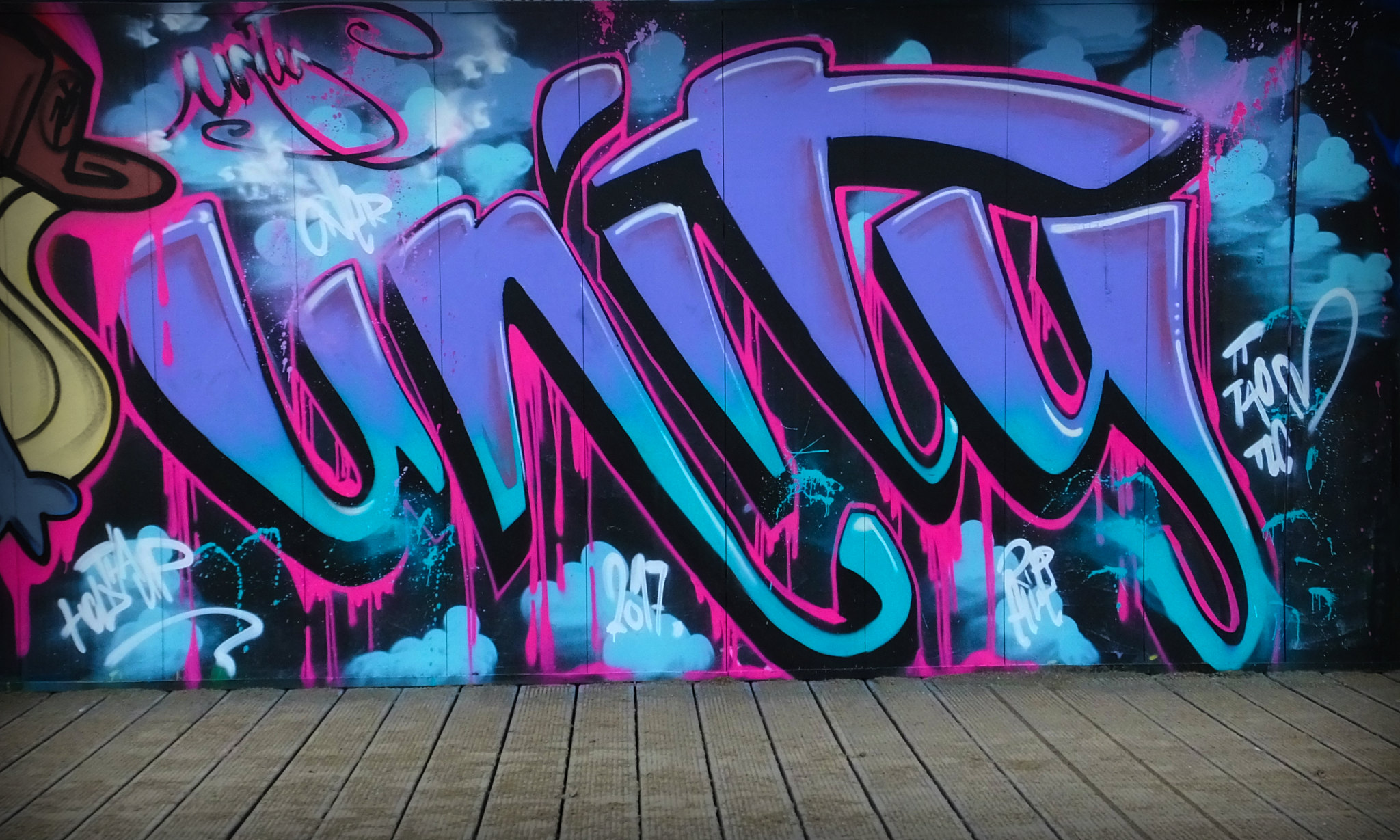 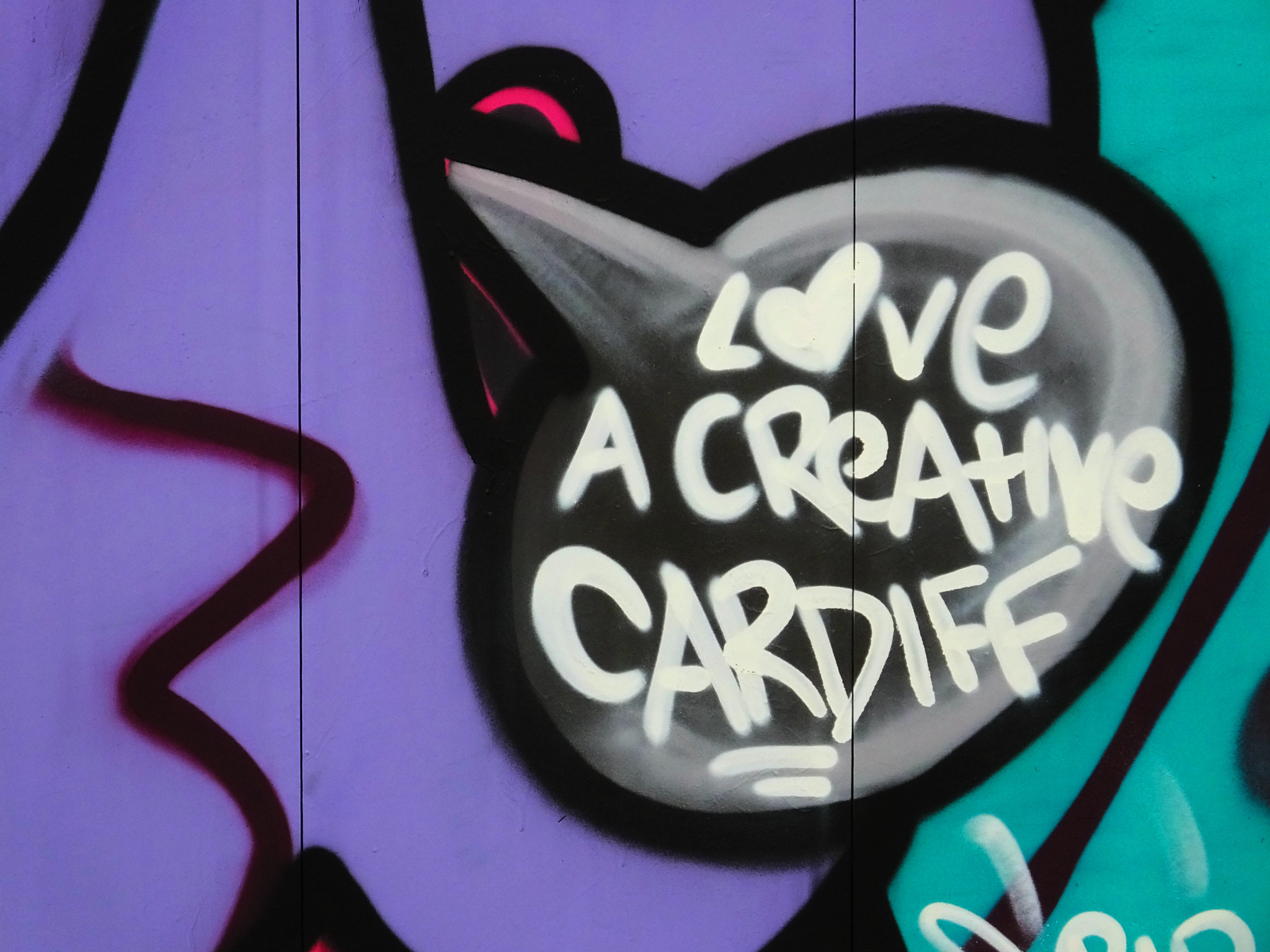 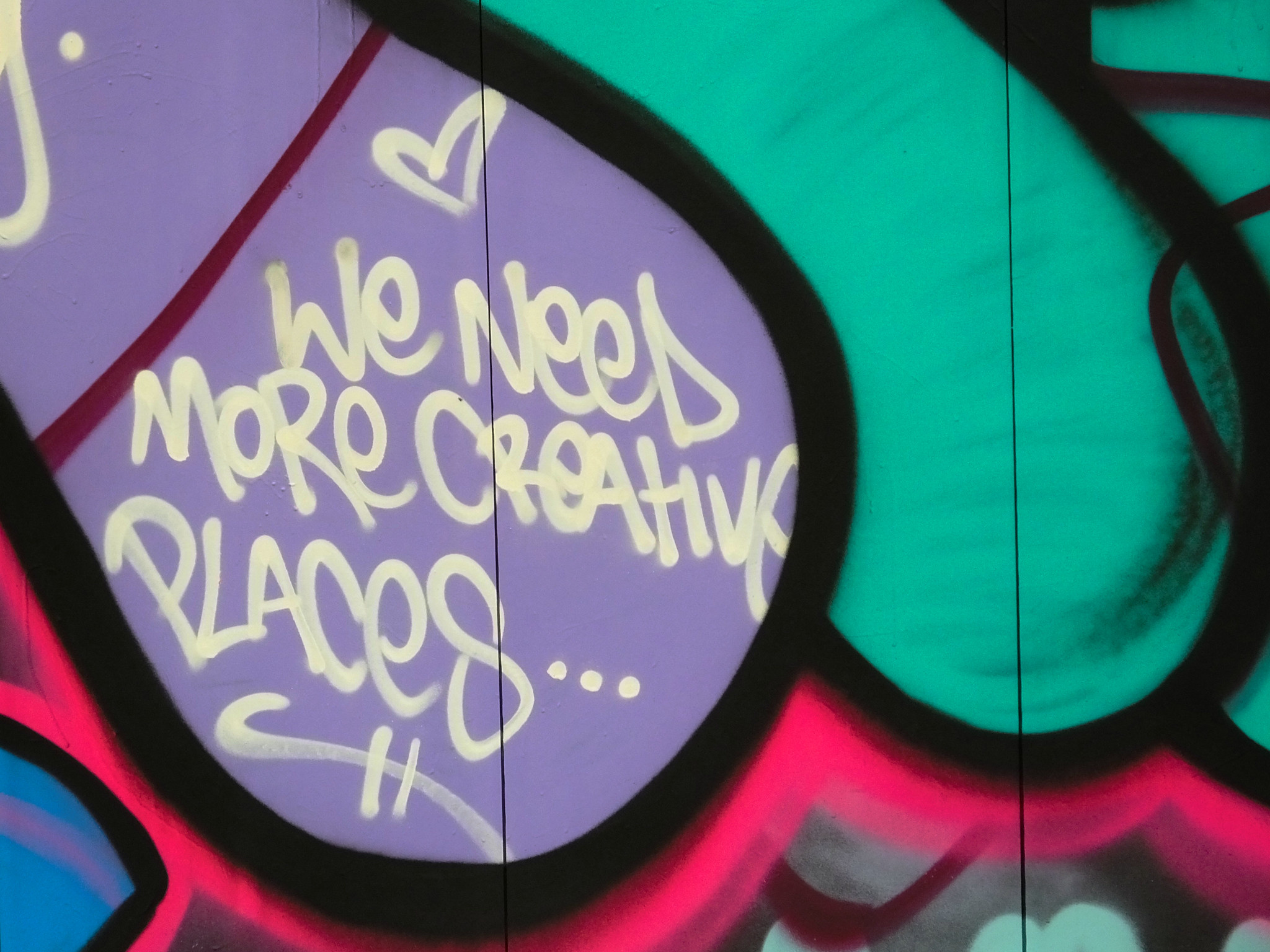 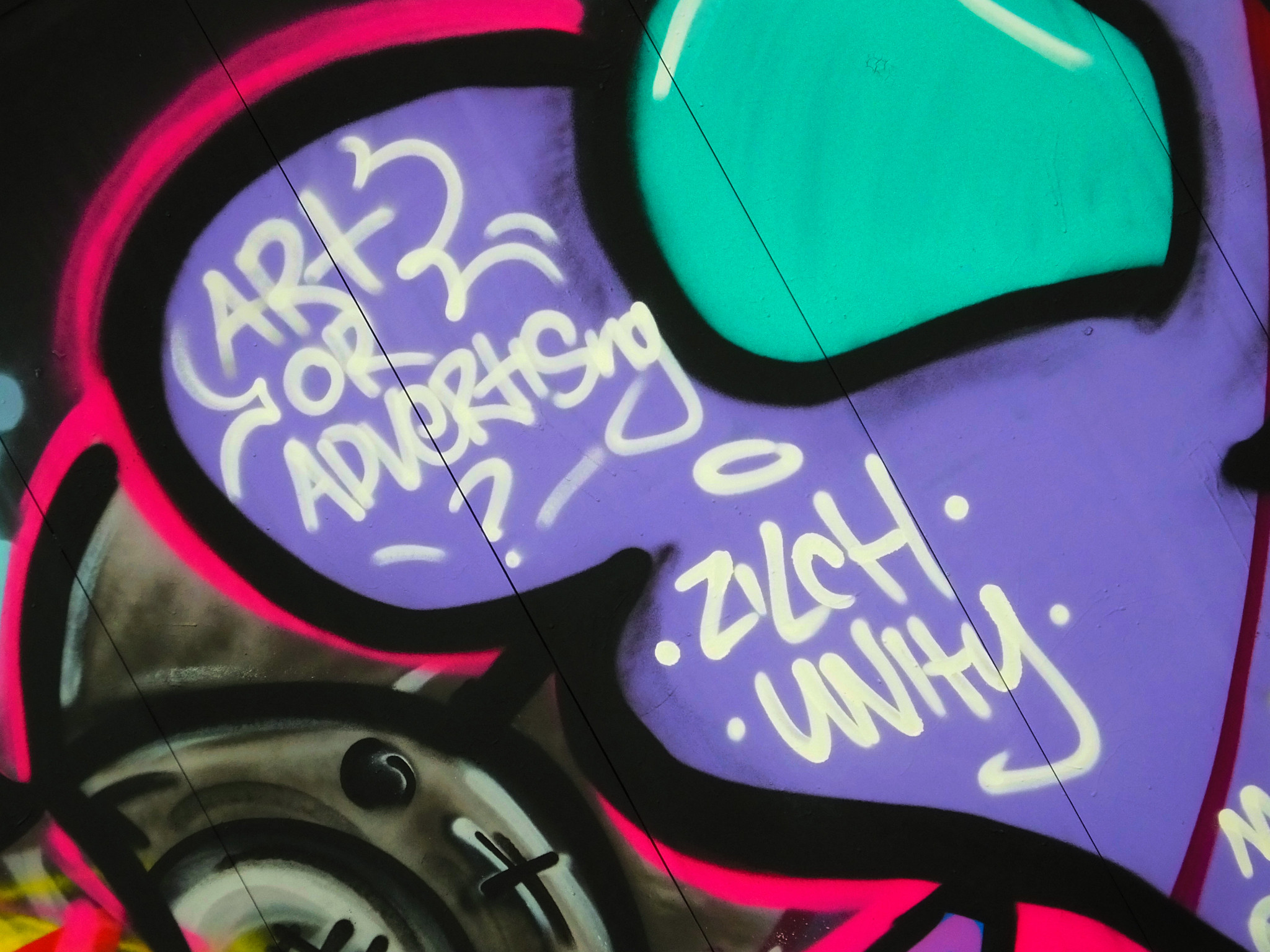 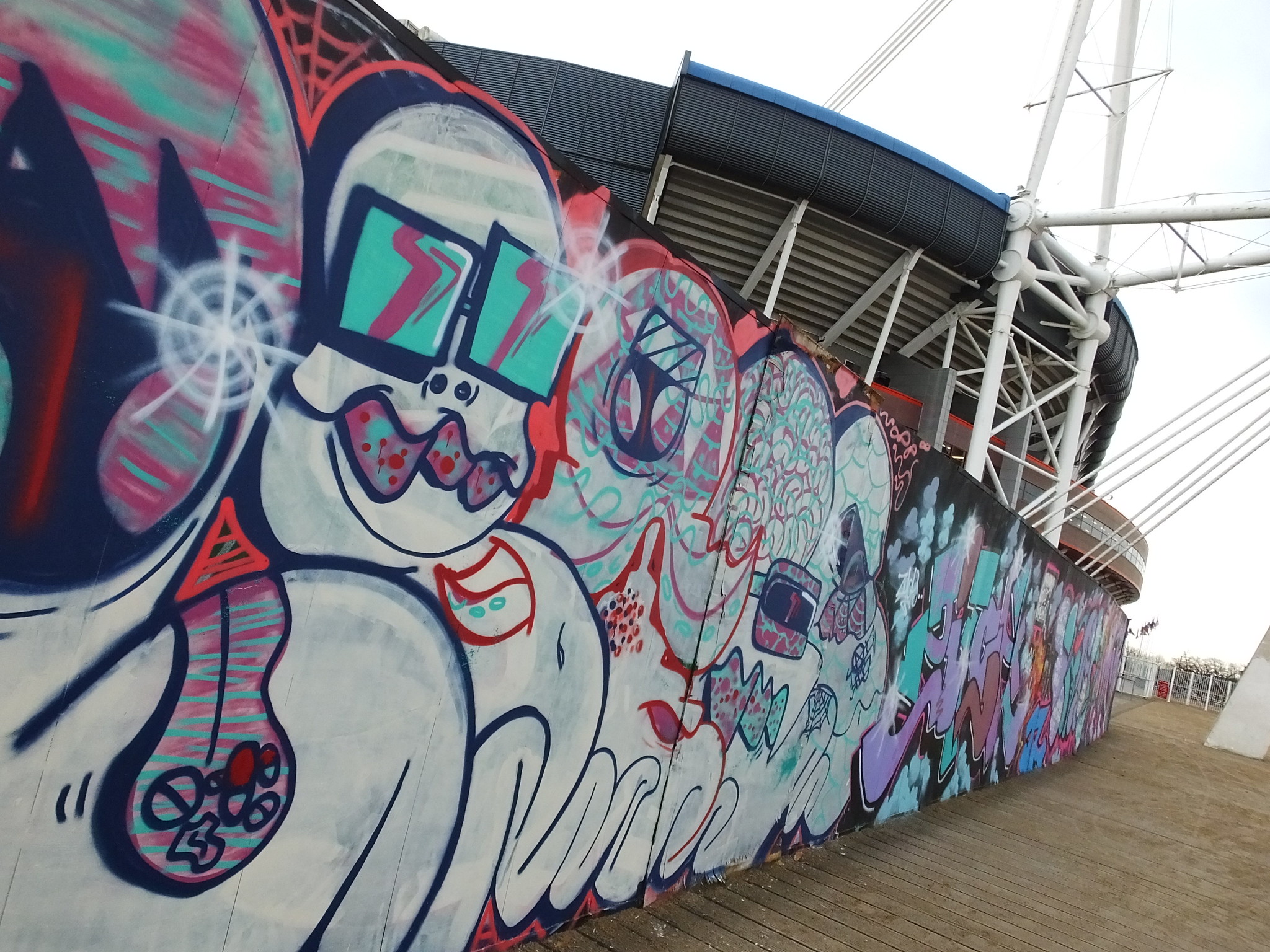 Some of the messages read:-

“Save our wall,
Art or advertising?
Love a creative Cardiff,
We need more creative places,
Bringing people together.” 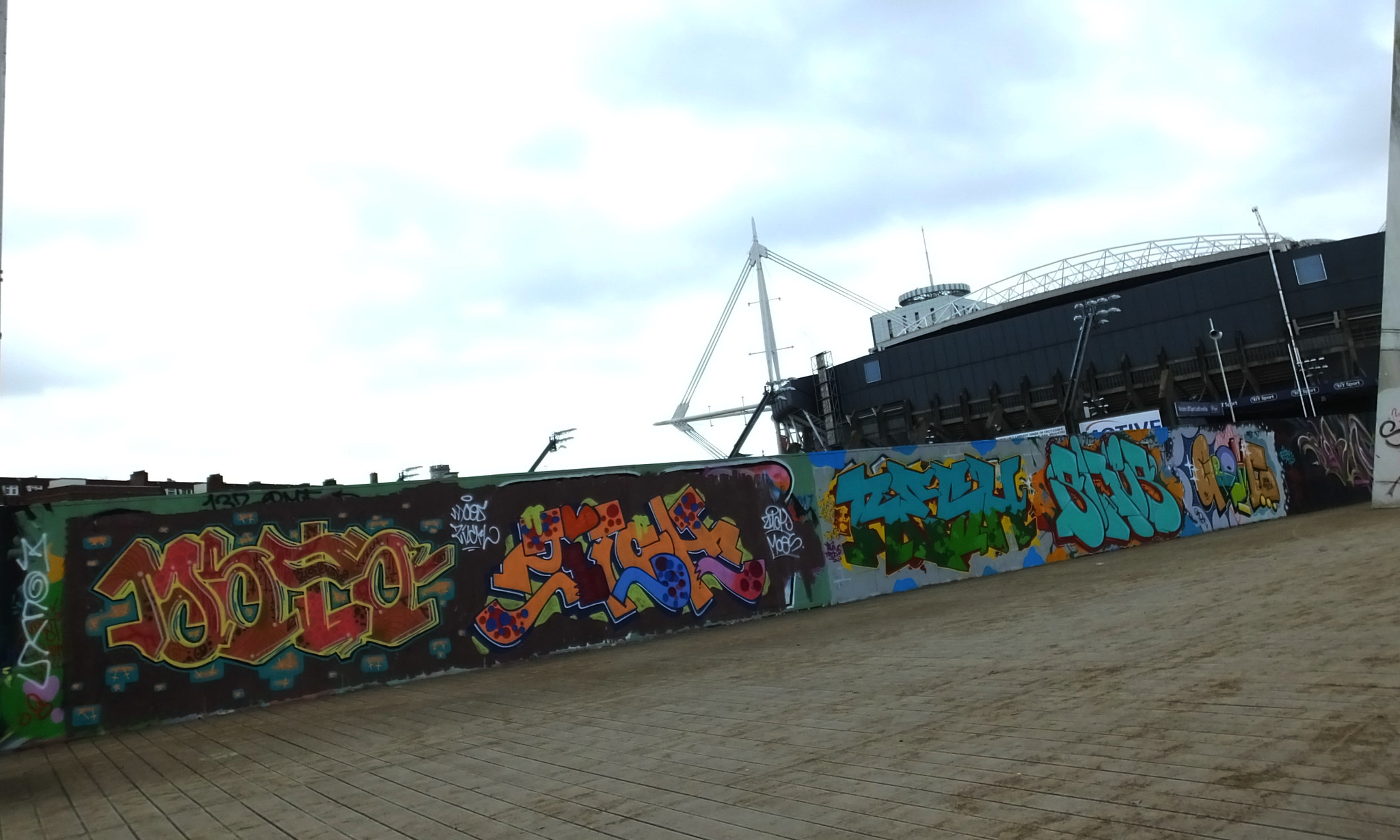 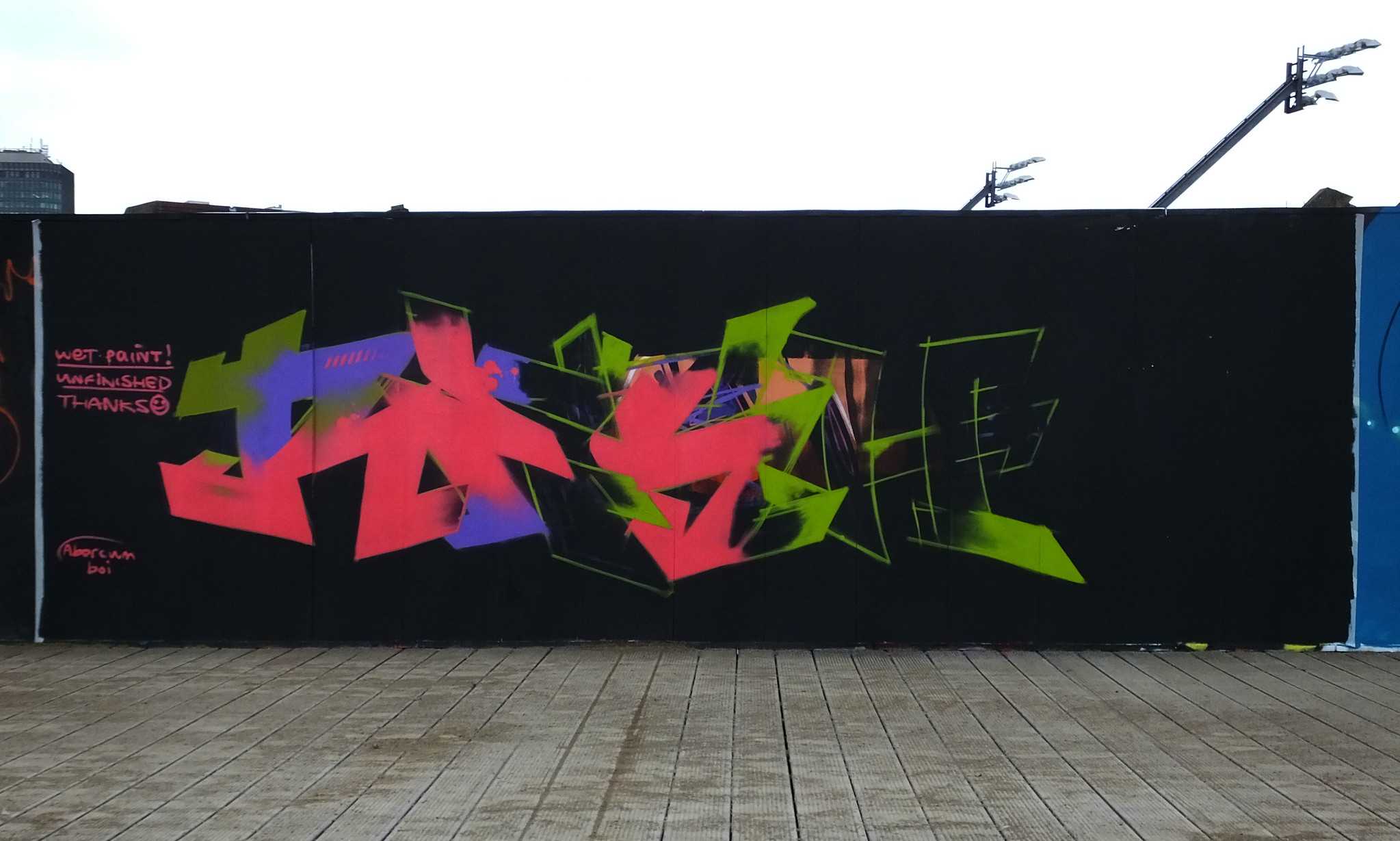 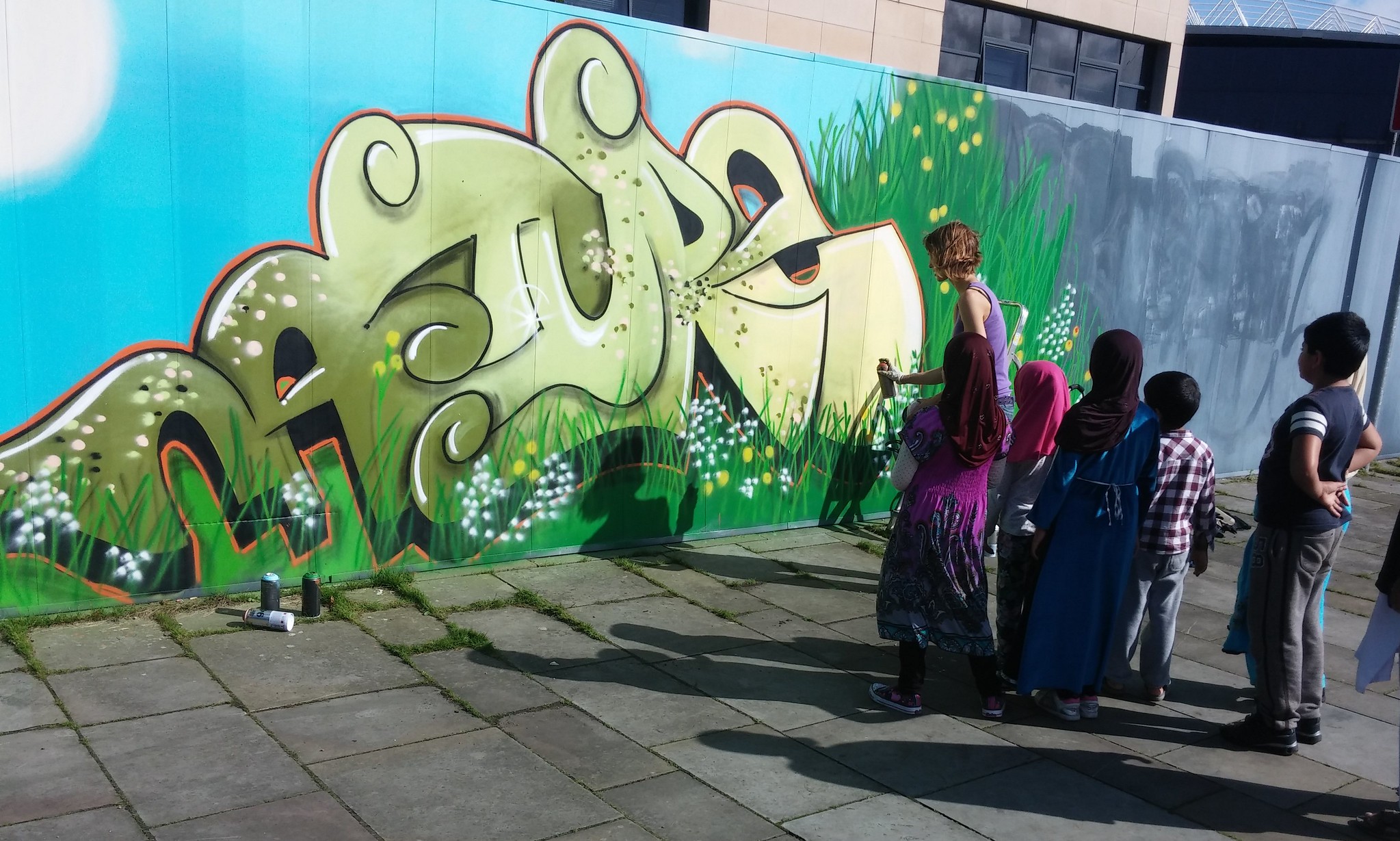 A huge force in convincing Cardiff Council to originally utilise this space as an outlet for street art was local artist Amelia ‘Unity’ Thomas who has painted on the walkway many times over the last two years.

Her work has featured a whole host of subjects including a ‘Grow Wild’ nature campaign, another highlighting domestic abuse and a whole wall celebrating the countries taking part in the Rugby World Cup. 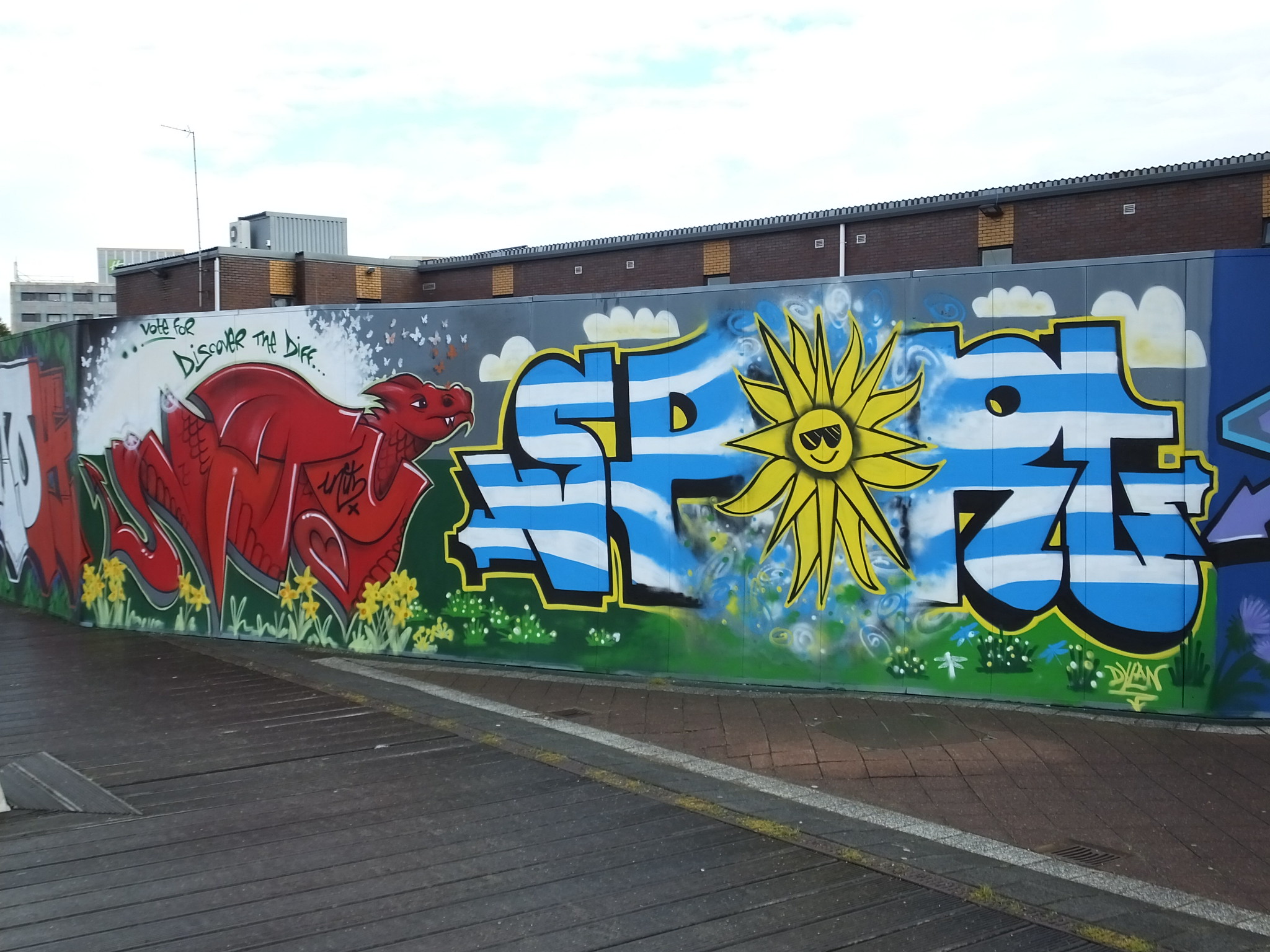 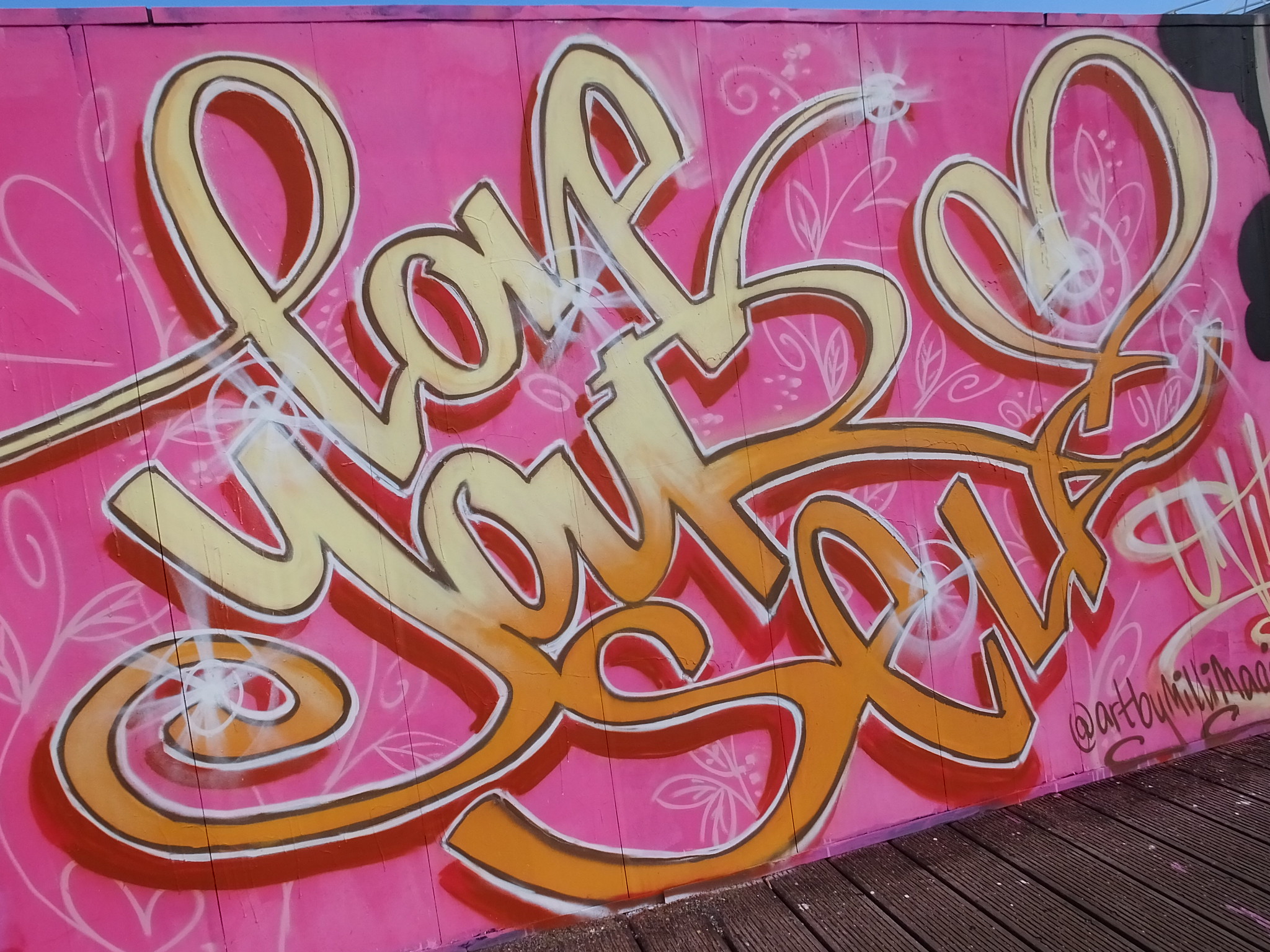 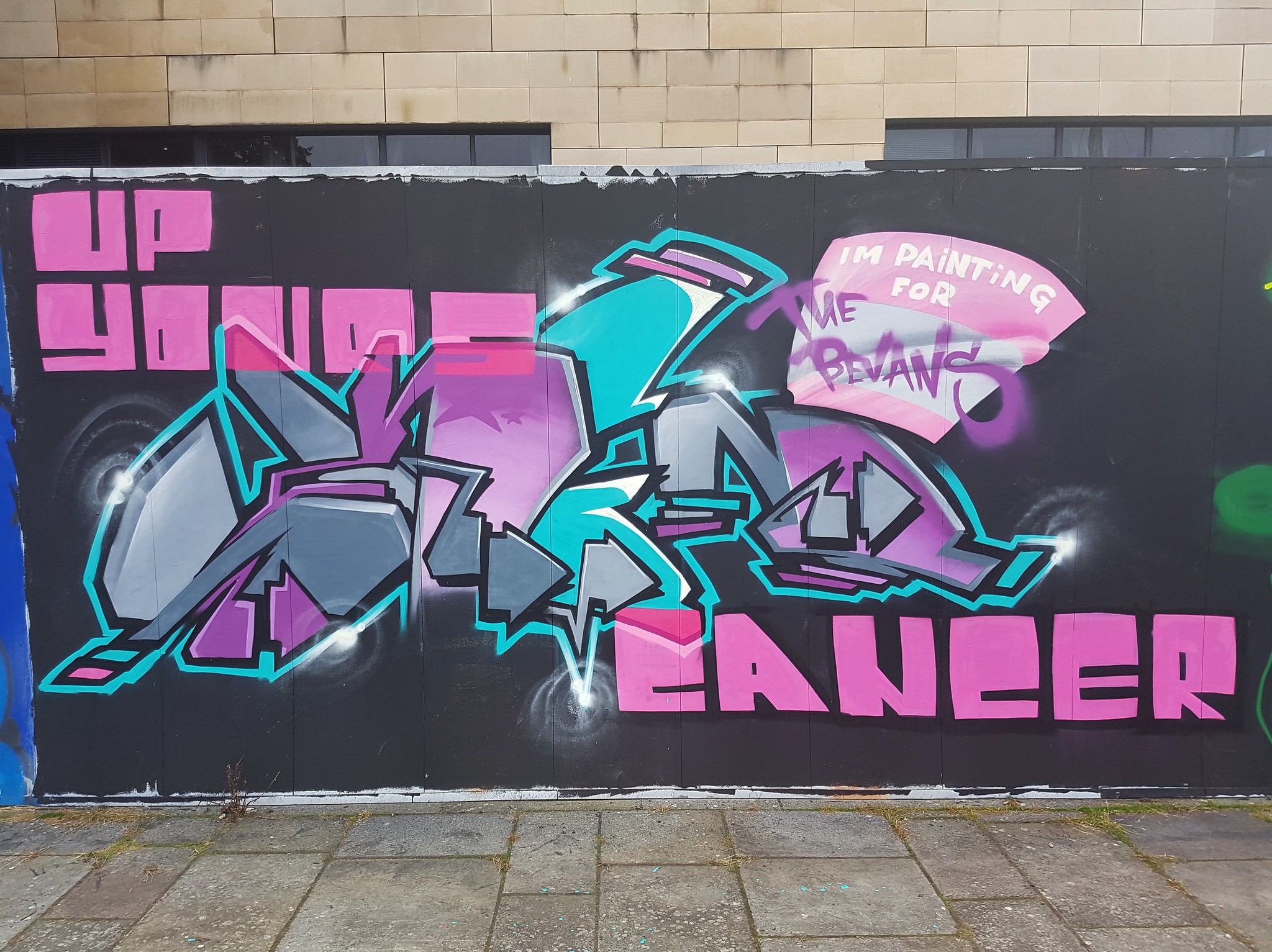 “Cardiff’s Hiphop community have come together to paint, rap and dj on the Millennium Walkway. It was an unused, unloved space before we painted the wall and now Cardiff Council want to sell it off for advertising space. – Online petition“

Amelia created a petition to show the support the wall has and to try and stop Cardiff Council selling off this public space for financial profit.

But alas a meeting with the council revealed that it some how costs the council £55,000 a year to maintain this walkway whereas advertising along this route would raise in excess of £100,000.

We can’t keep this wall but Cardiff Council DO want graffiti in the city centre. They’ve agreed to build us a new wall, and to open up more opportunities for painting in Cardiff.

So a decision has been made to remove the wall and replace with advertising ready for the Champions League Final at the start of June.

Cardiff Council do seem committed though to find alternative locations for another wall and to source more temporary spaces for more street art and events too. 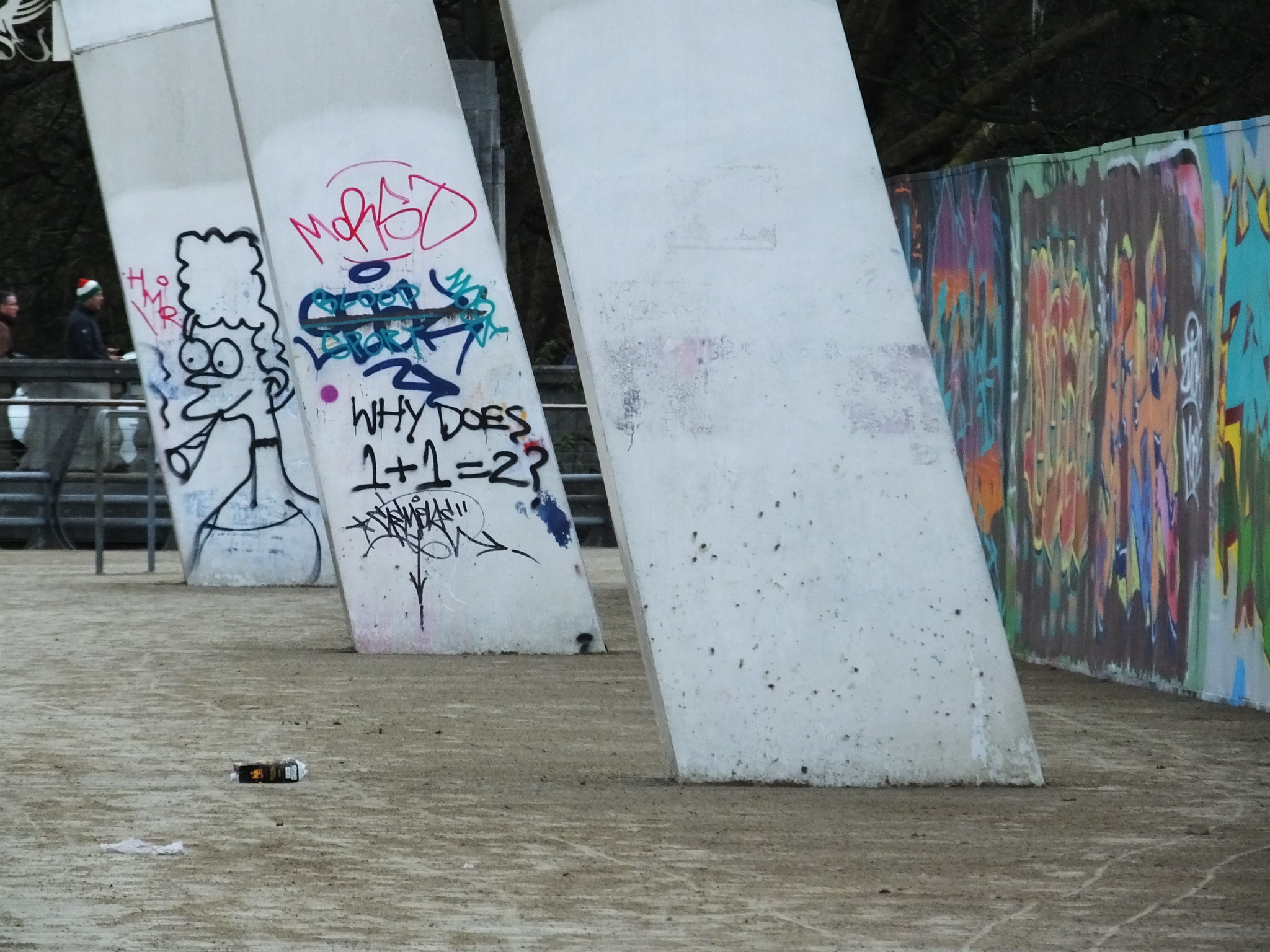 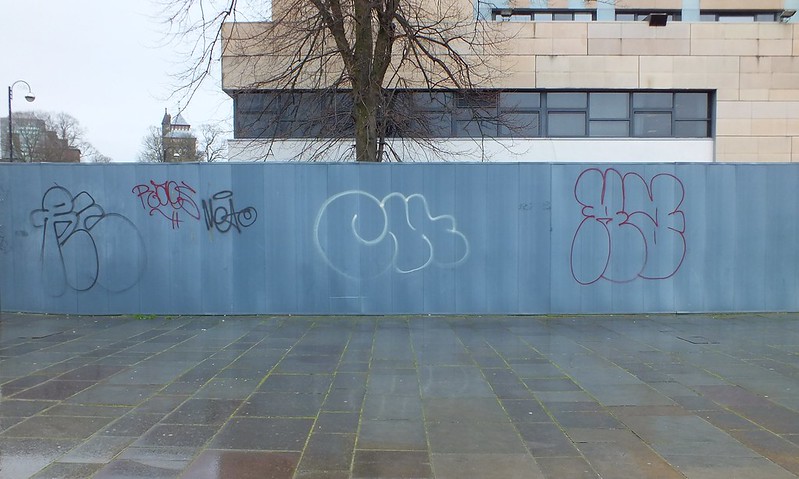 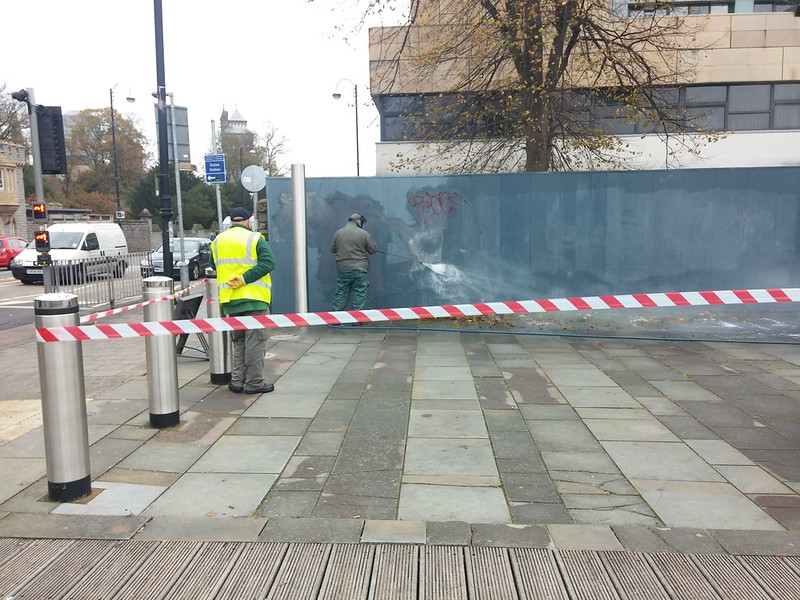 The original drab grey hoardings were being targetted by tags and graffiti where the council were spending a lot of money and time in removing the unwanted work.

So back in 2015 a decision was made to change the use of the wall to allow some street art to be painted with permission from local store Oner Signs – who spoke to The Cardiffian website.

Well done to everyone who campaigned to try and save the wall but money always wins!