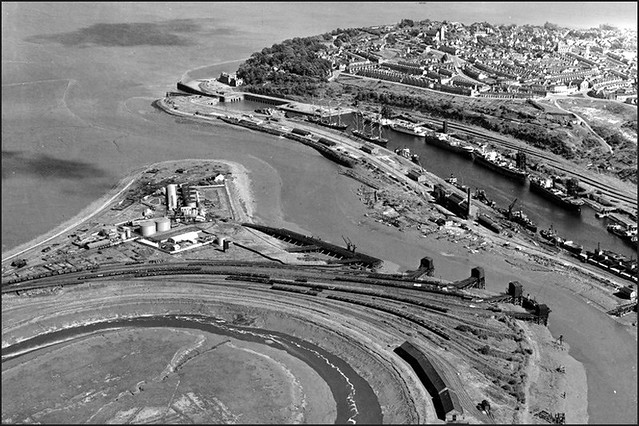 Once the busiest docks in the world Cardiff Bay has a lot of history and stories to tell.
But as the new ‘Cardiff Bay’ takes over from the older ‘Tiger Bay’ it’s great to unearth some history about the place which has been brought to the forefront by local artist Peaceful Progress.

The artist was approached by the Cardiff Harbour Authority to paint on the Pont Y Werin bridge which now joins Cardiff and Penarth over the River Ely on the western side of Cardiff Bay.
(Still can’t believe it was built in 2010!) 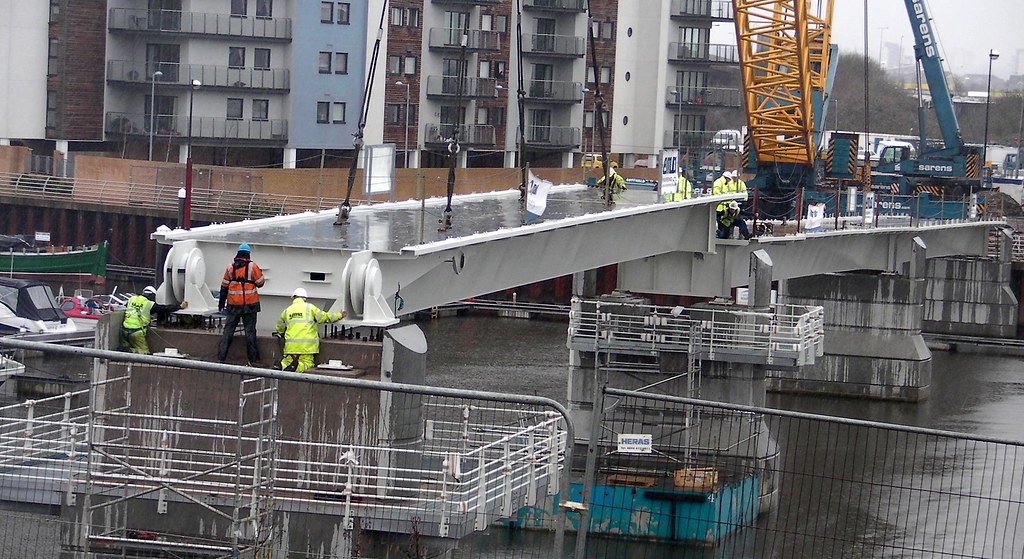 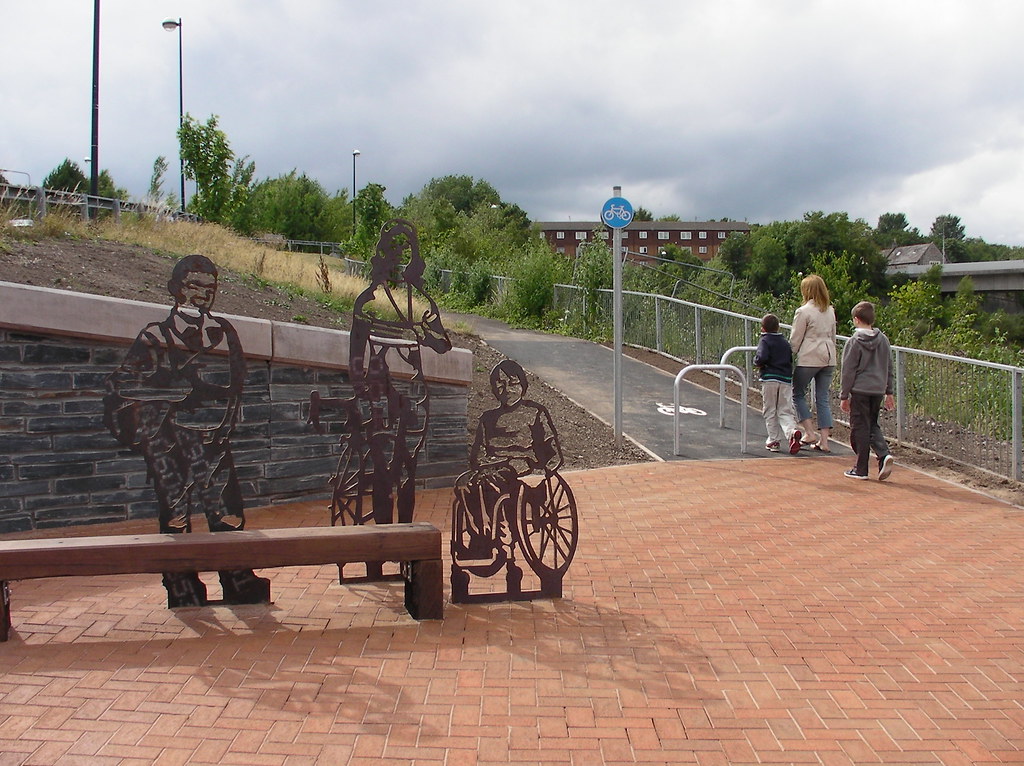 Peaceful Progress wanted to pay homage to the only route previously connecting these parts of the old Tiger Bay – namely a subway tunnel that ran under the River Ely.

A huge thank you to Ben Salter whom had previously captured the Ely Subway Tunnel within his great archive of Cardiff Bay over the last few decades – click any picture to view more pictures from Ben’s collection. 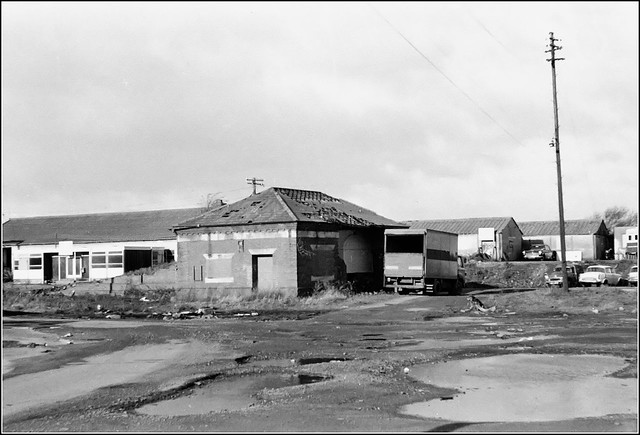 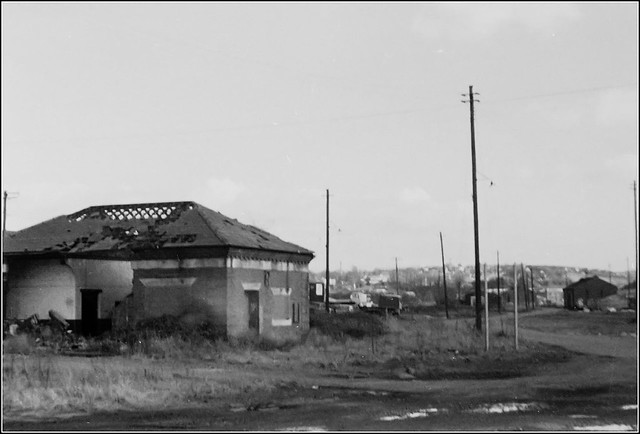 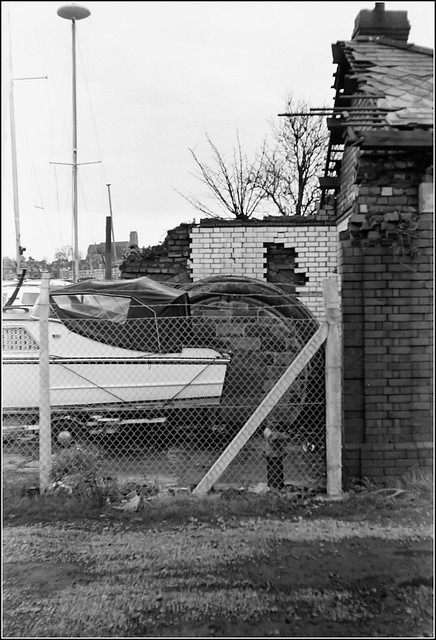 Above is the Penarth entrance to the tunnel where homes have now been built at Penarth Marina and the entrance no longer exists.

Whereas to the left is the Cardiff entrance which is located on the small bit of land that juts out into Cardiff Bay and is very near the Cardiff Bay Yacht Club now.
It’s claimed a bricked up entrance is still visible!

The skyline has totally changed over the last 30 years with high rise tower blocks and concrete jungles taking over the cranes and coal vessels of yesteryear. 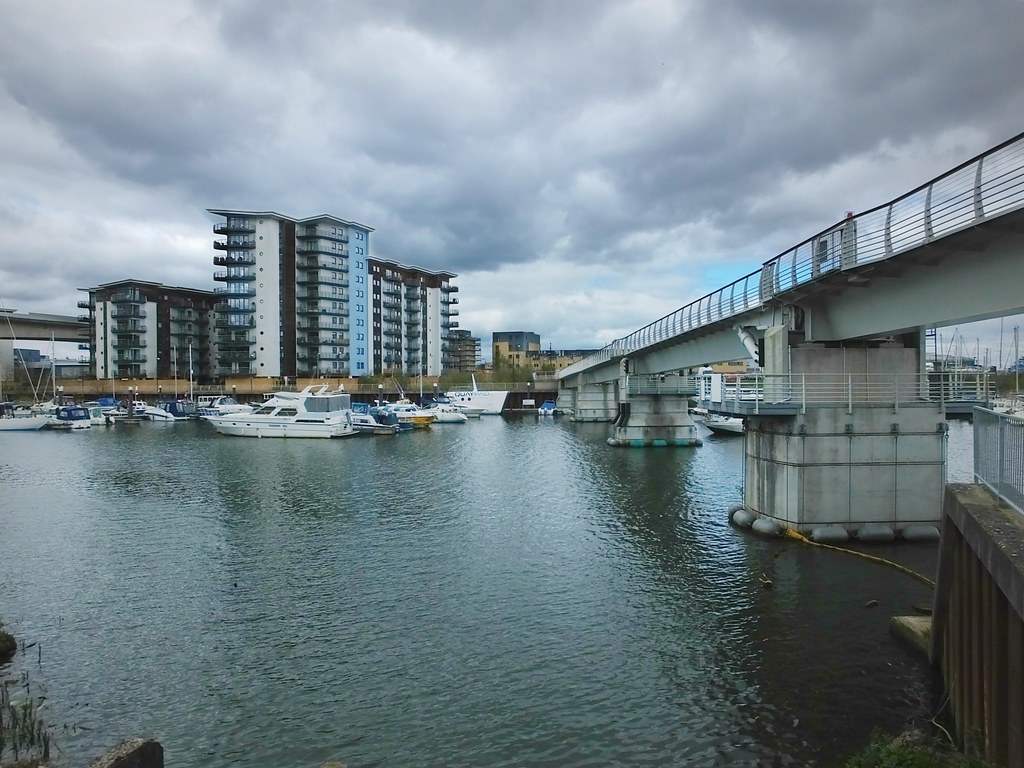 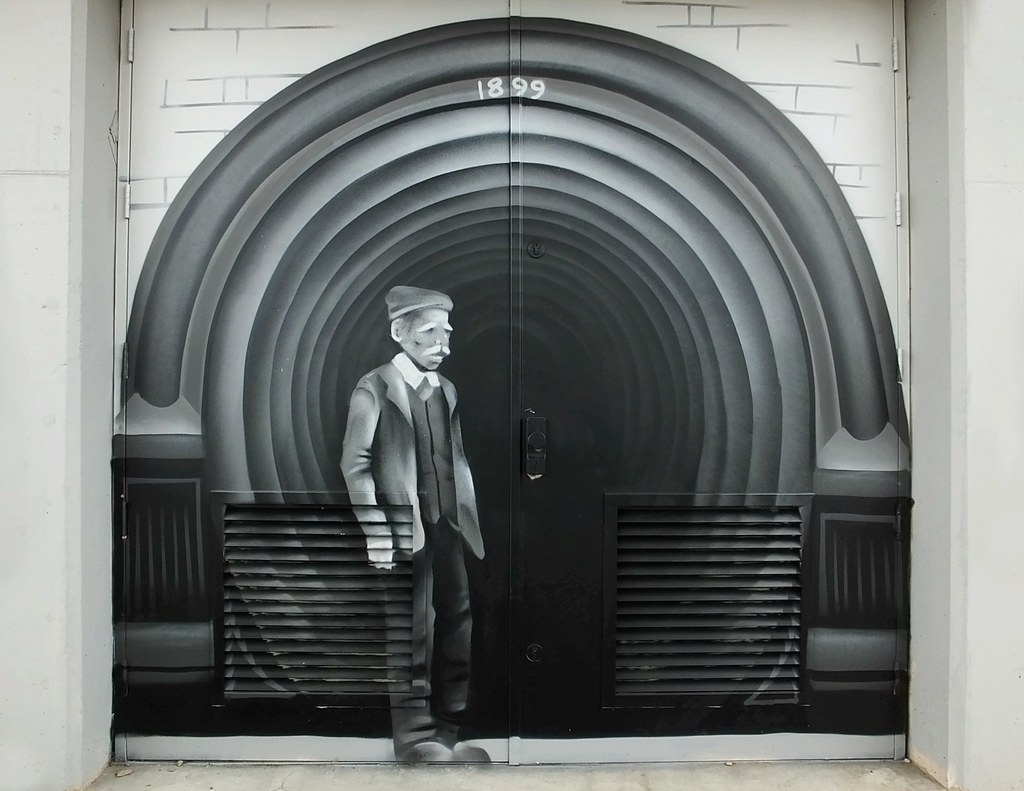 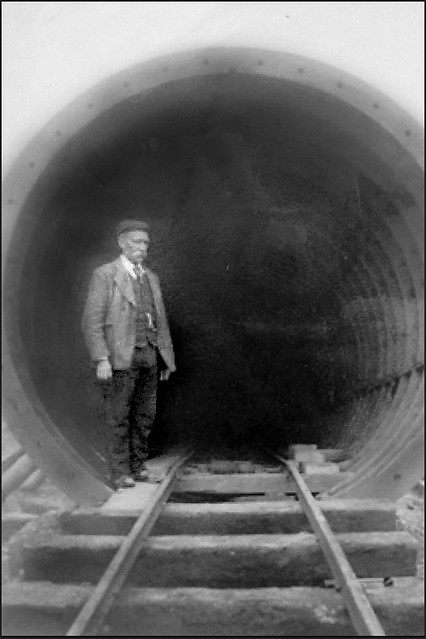 Peaceful Progress has taken inspiration from a worker emerging from the tunnel and has also recorded the tunnel construction date of 1899.

The 1250 foot long cast-iron tunnel officially opened in 1900 and then eventually closed in 1963 but could still be navigated until 1971. 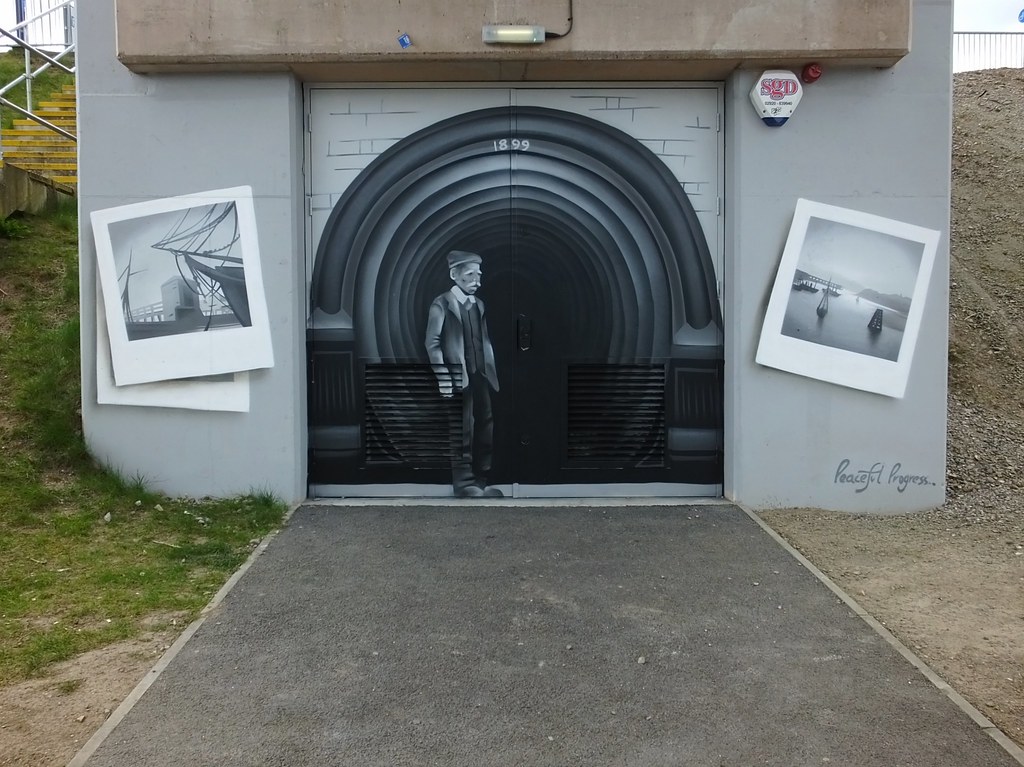 The artist has also used loads of small Polaroid type snaps of other Tiger Bay imagery around the main tunnel piece. 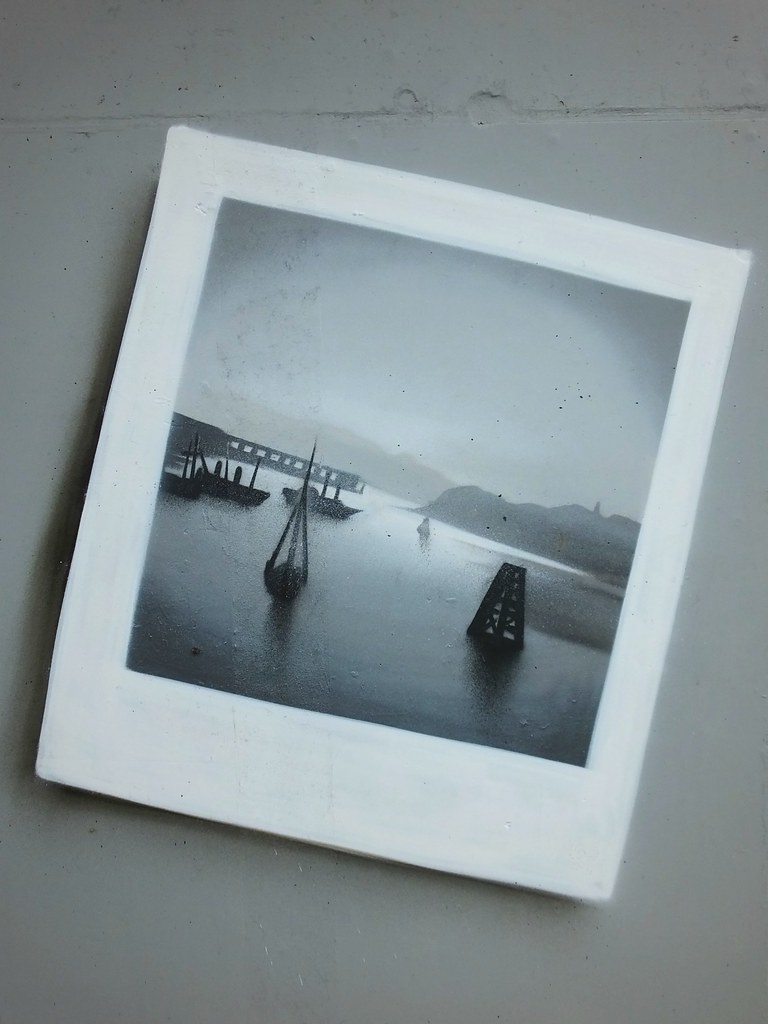 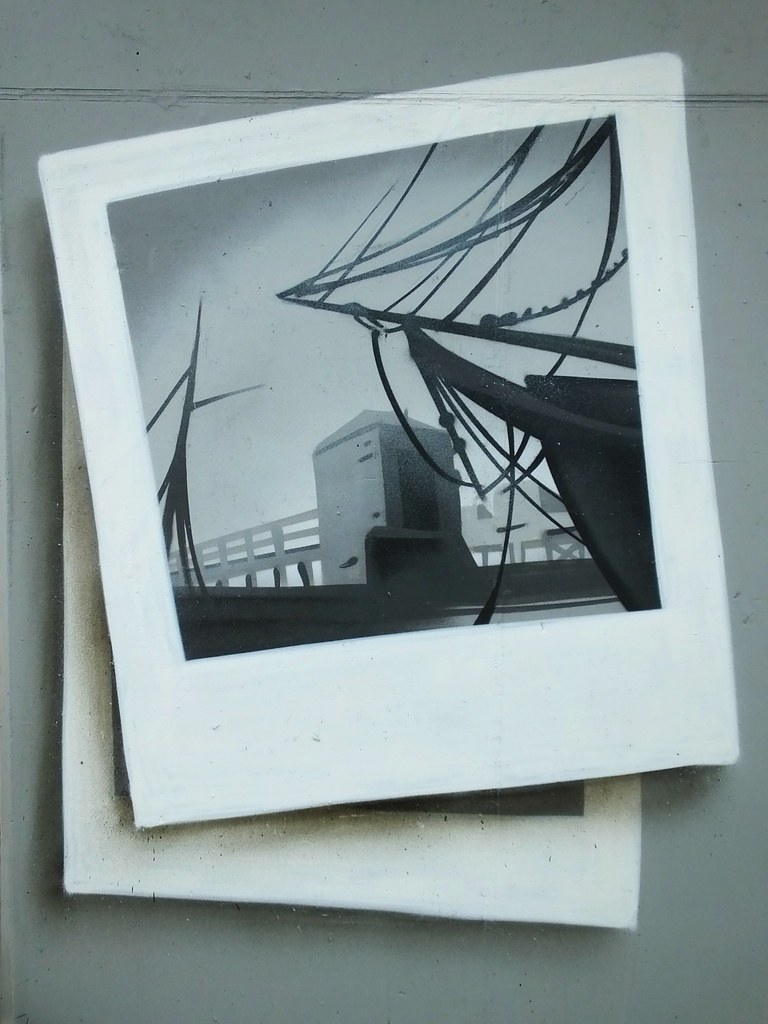 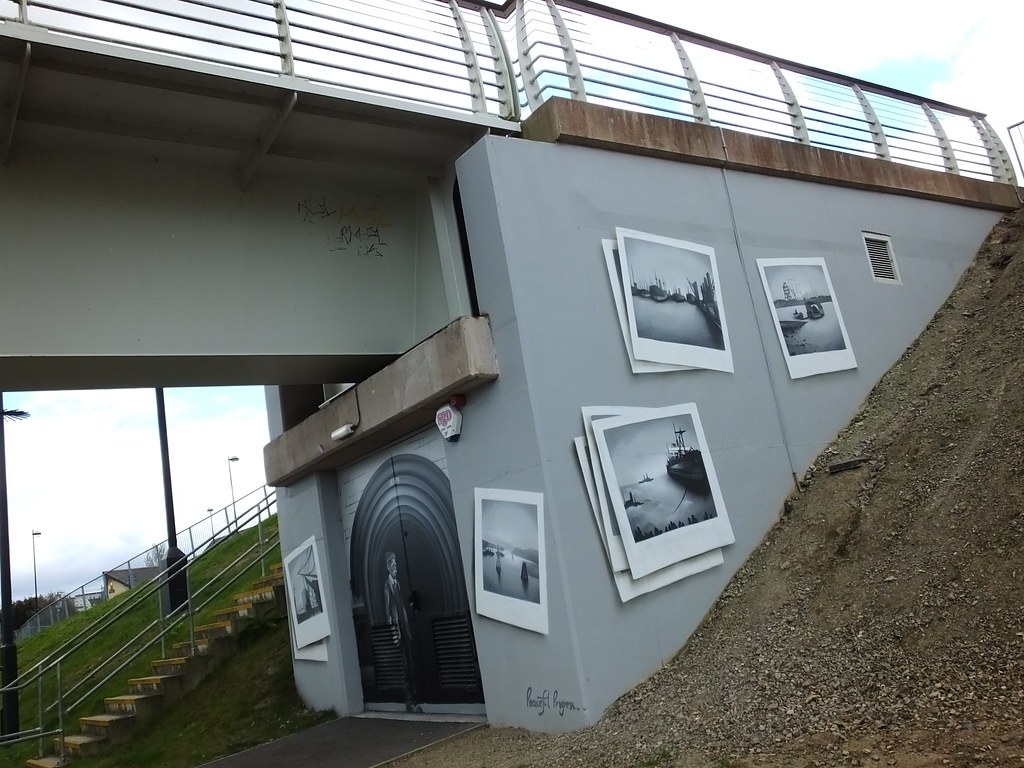 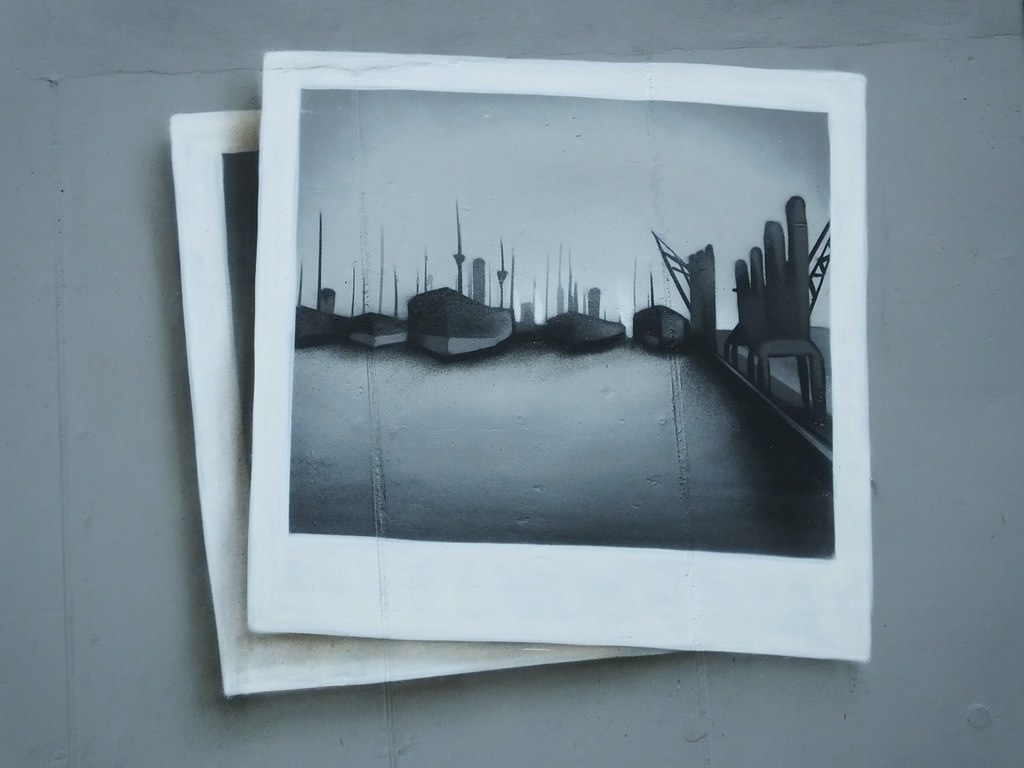 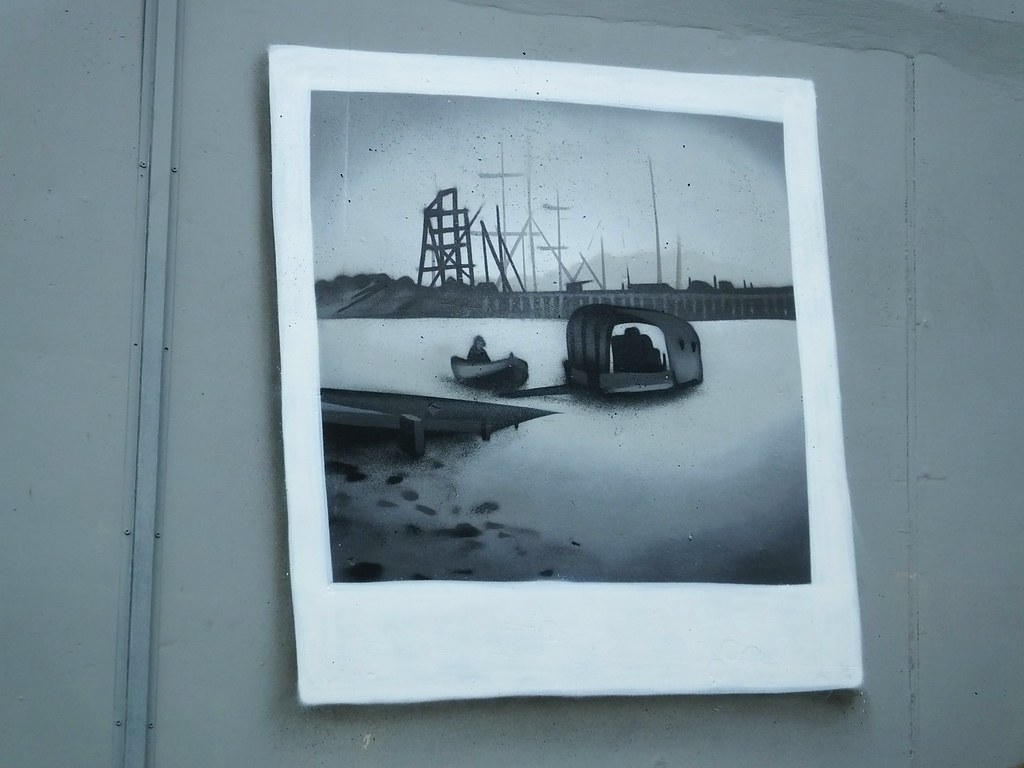 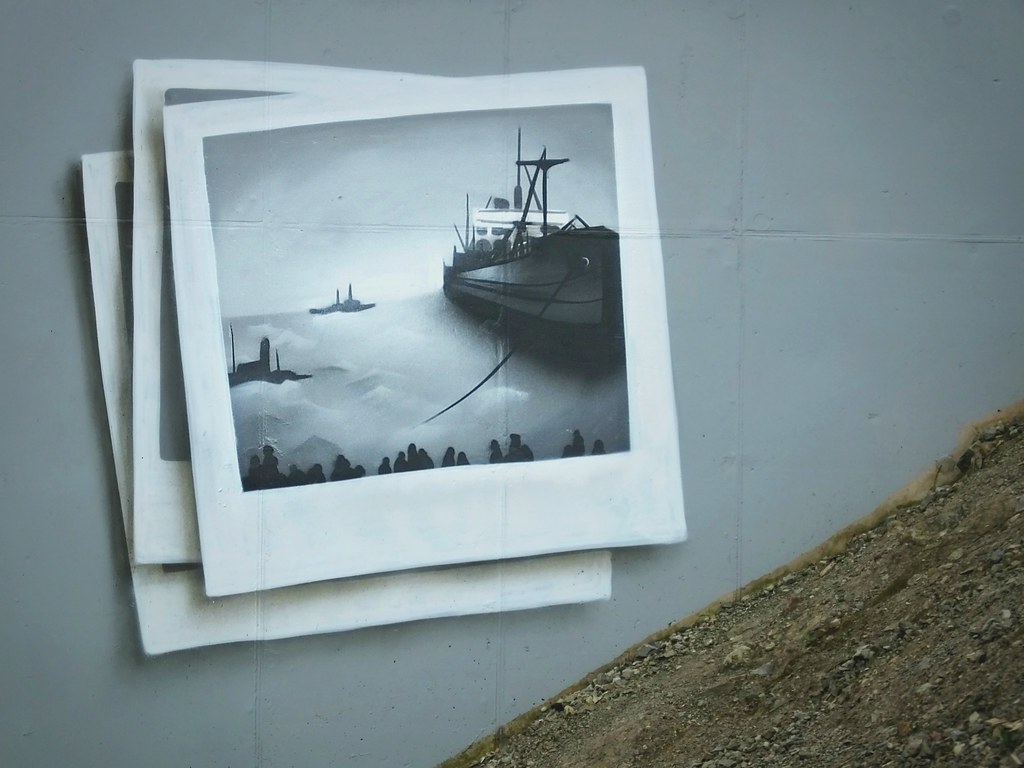 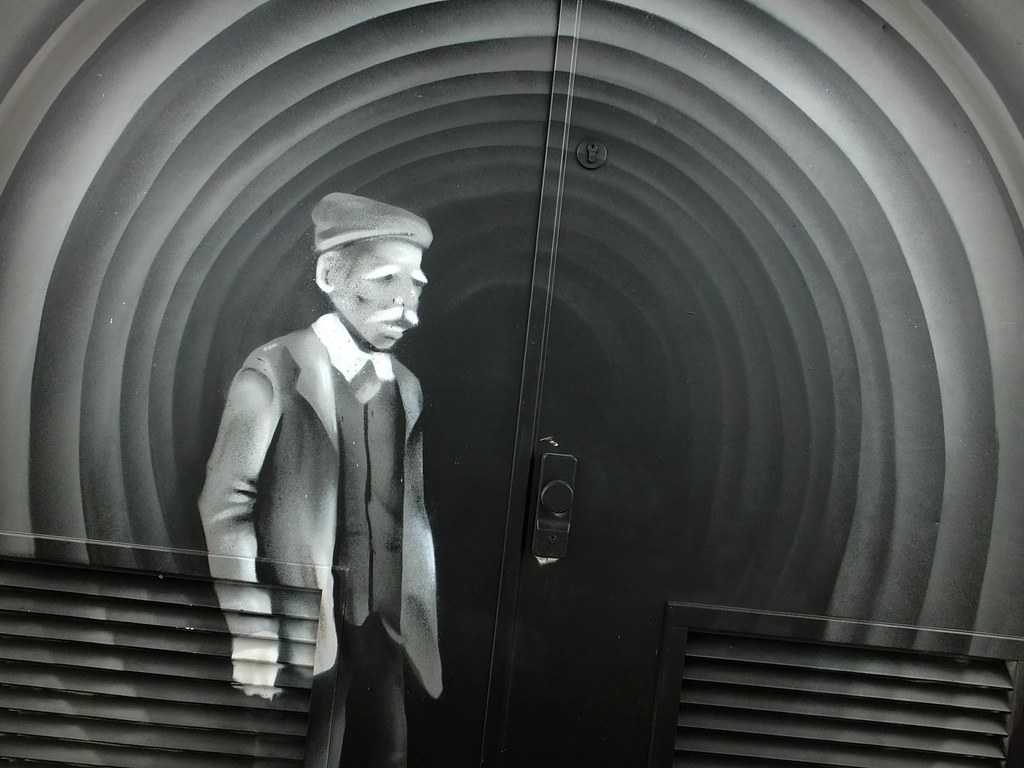 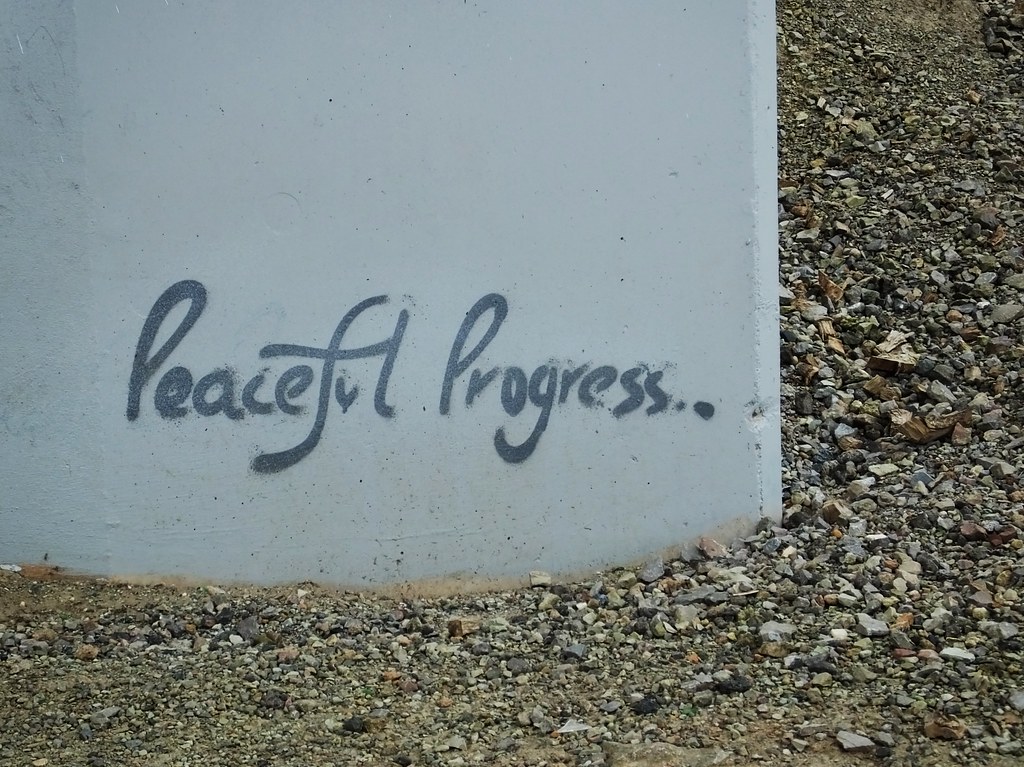 In 1991 the Cardiff Bay Development Corporation (the body formed to re-develop Cardiff Bay) considered re-opening the tunnel as a pedestrian link between Penarth and Ferry Road. When engineers opened up the subway and investigated its condition they found the tunnel was still sound, and water ingress was only “minimal”. It’s still there today hidden and forgotten beneath the bed of River Ely” – Penarth Daily News 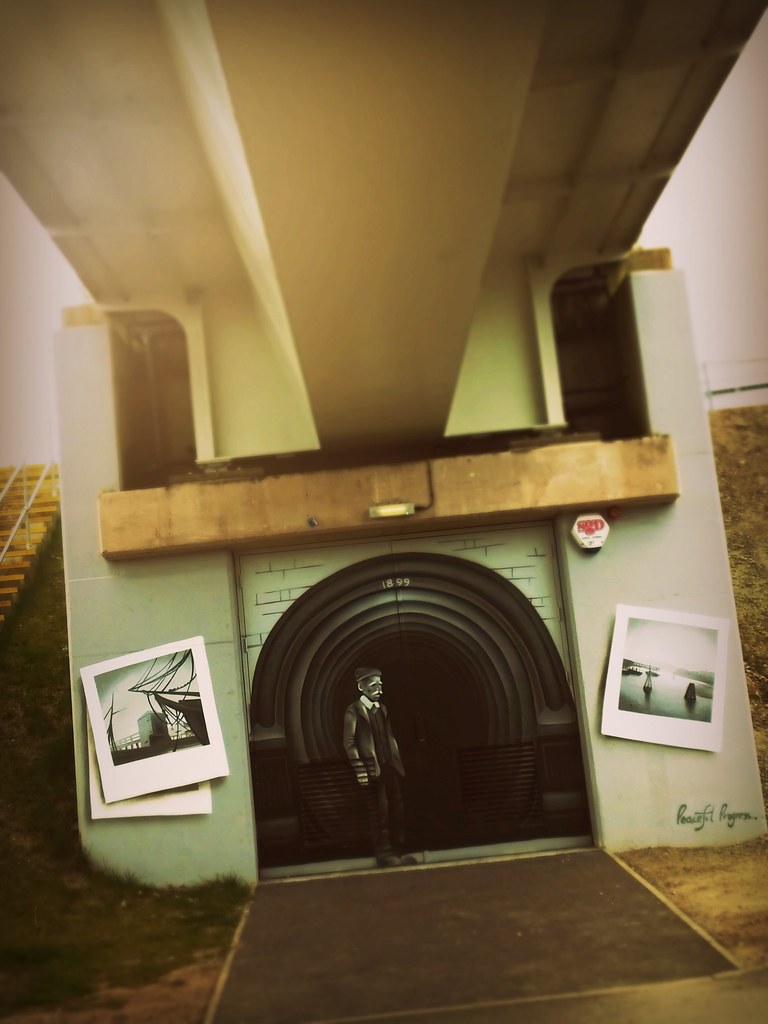 It’s always great to be reminded of some of the history of Cardiff – so a huge thank you and respect to the Cardiff Harbour Authority for commissioning the artwork, Ben Salter for taking the photos of the original tunnel and to Peaceful Progress for perfectly capturing the spirit of the tunnel and giving passers-by an insight into the area’s forgotten past.