Europe’s largest street art and graffiti festival ‘Upfest’ was taking a year off in 2019 but the streets of Bristol still deserved attention from UK and International talent – so a much smaller, refined version of Upfest was created.

The ‘Upfest Summer Edition 2019’ was where a handful of selected artists were still invited to paint the streets of Bedminster over the summer months. 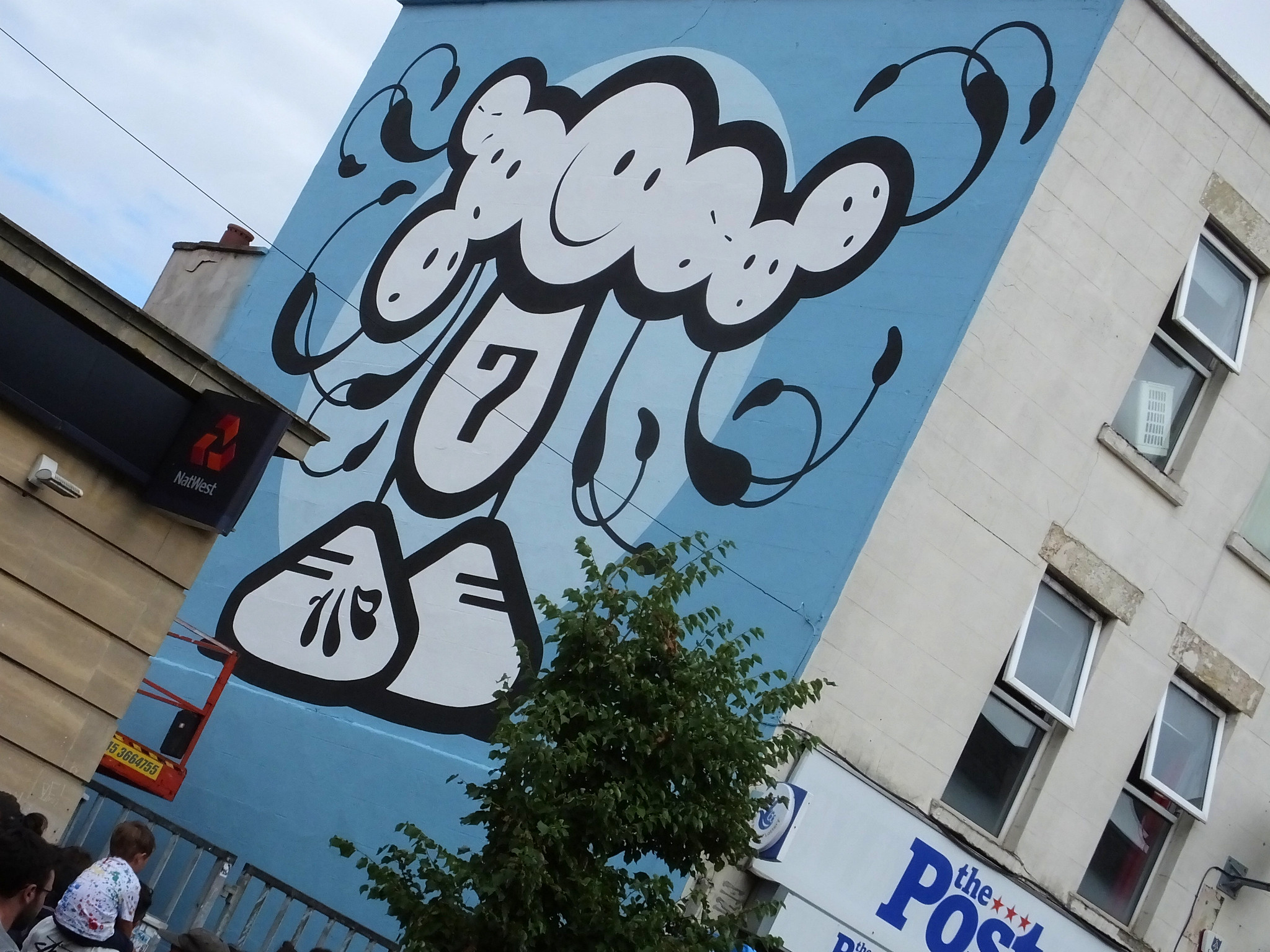 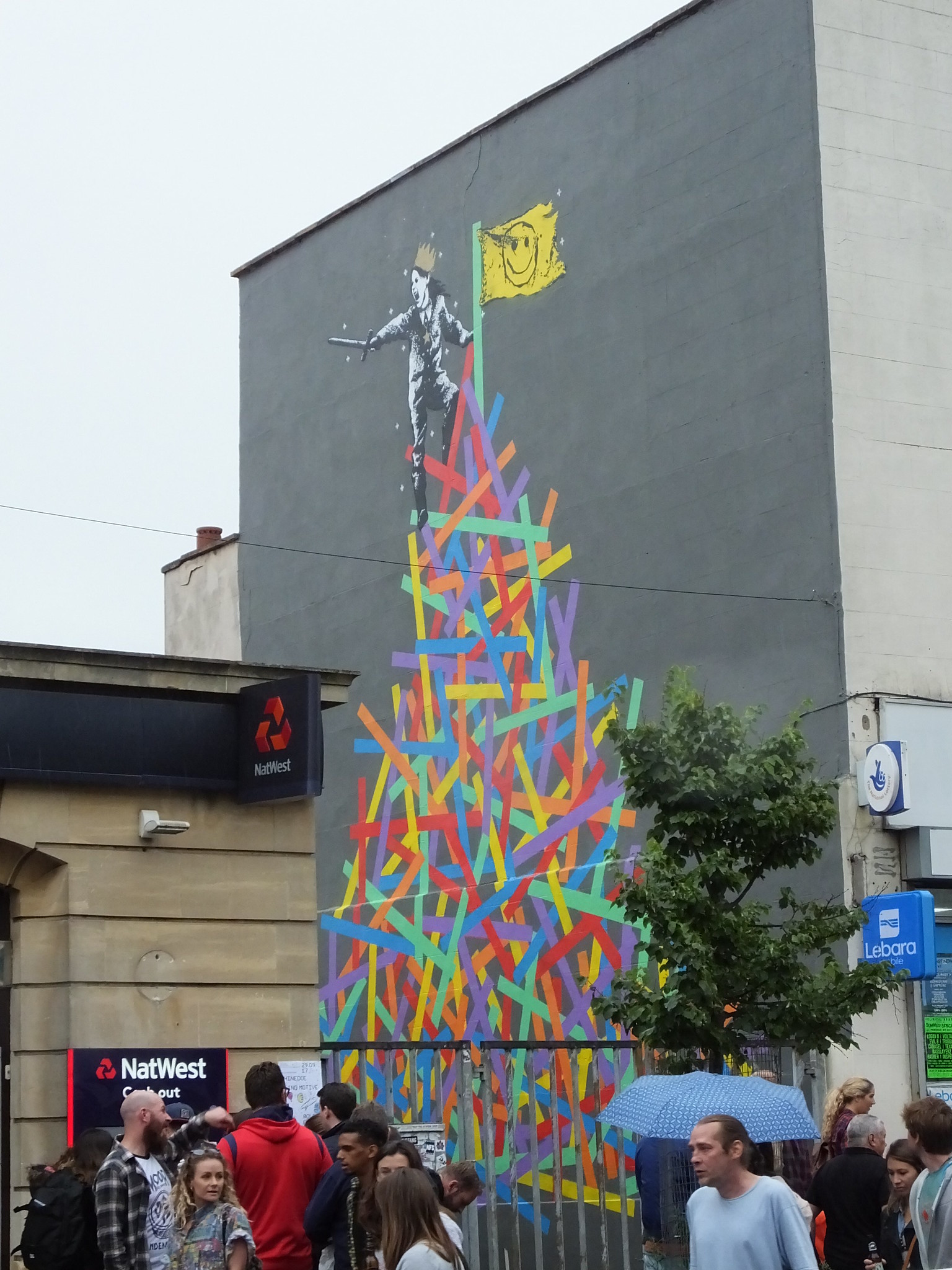 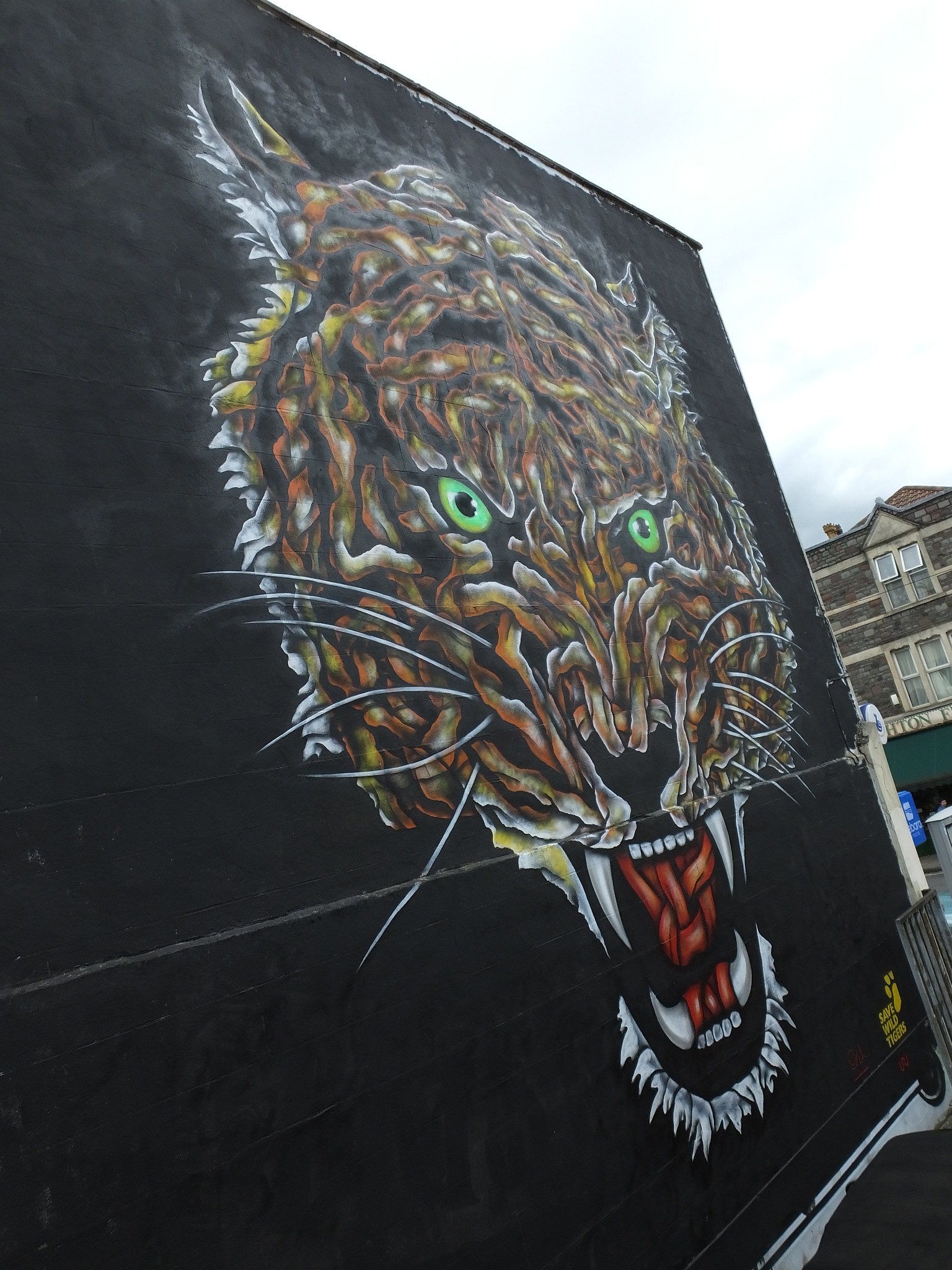 Artist Dale Grimshaw was invited to paint the wall next to the NatWest bank on North Street where The London Police and Otto Schade had previously painted. 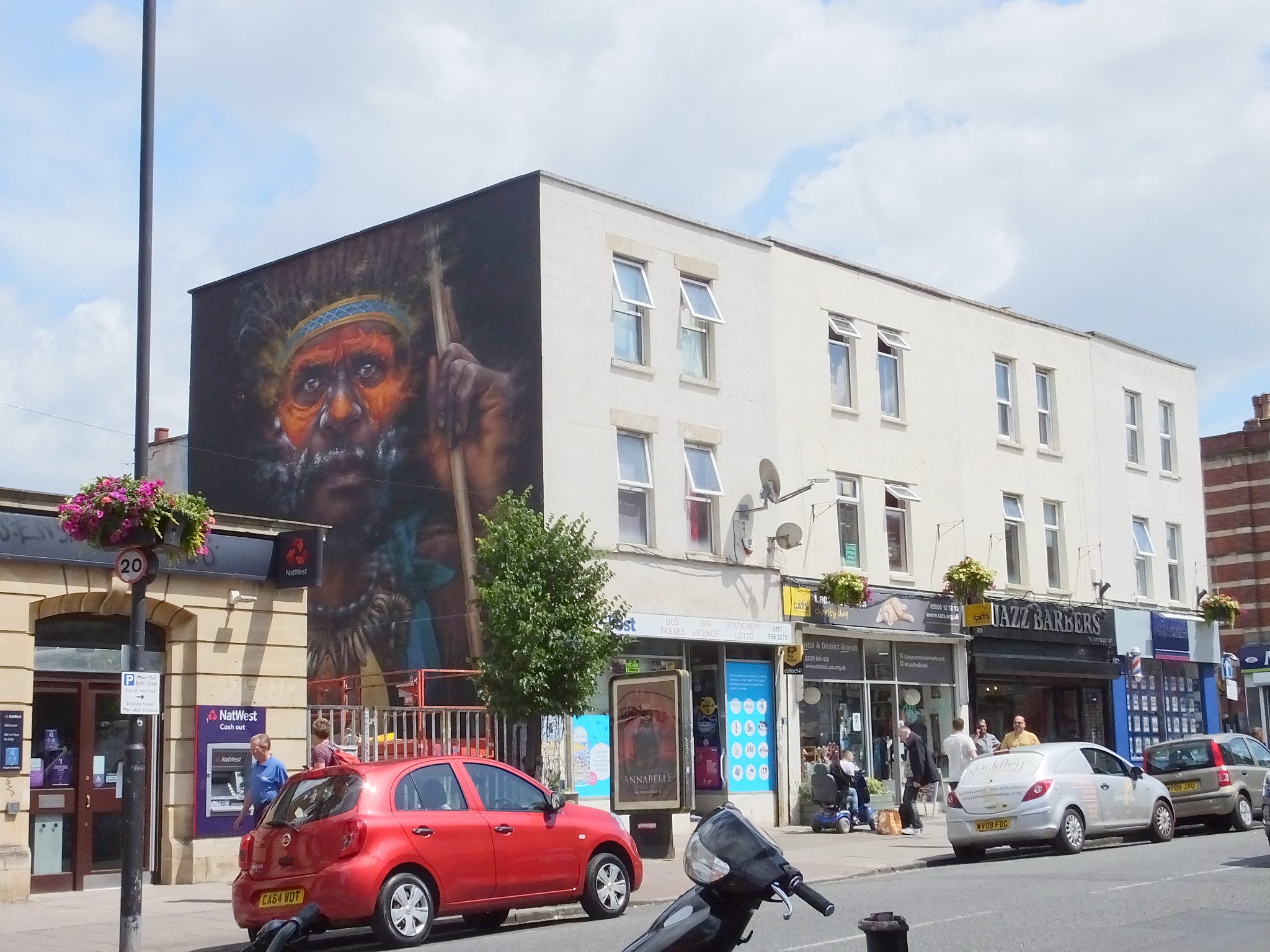 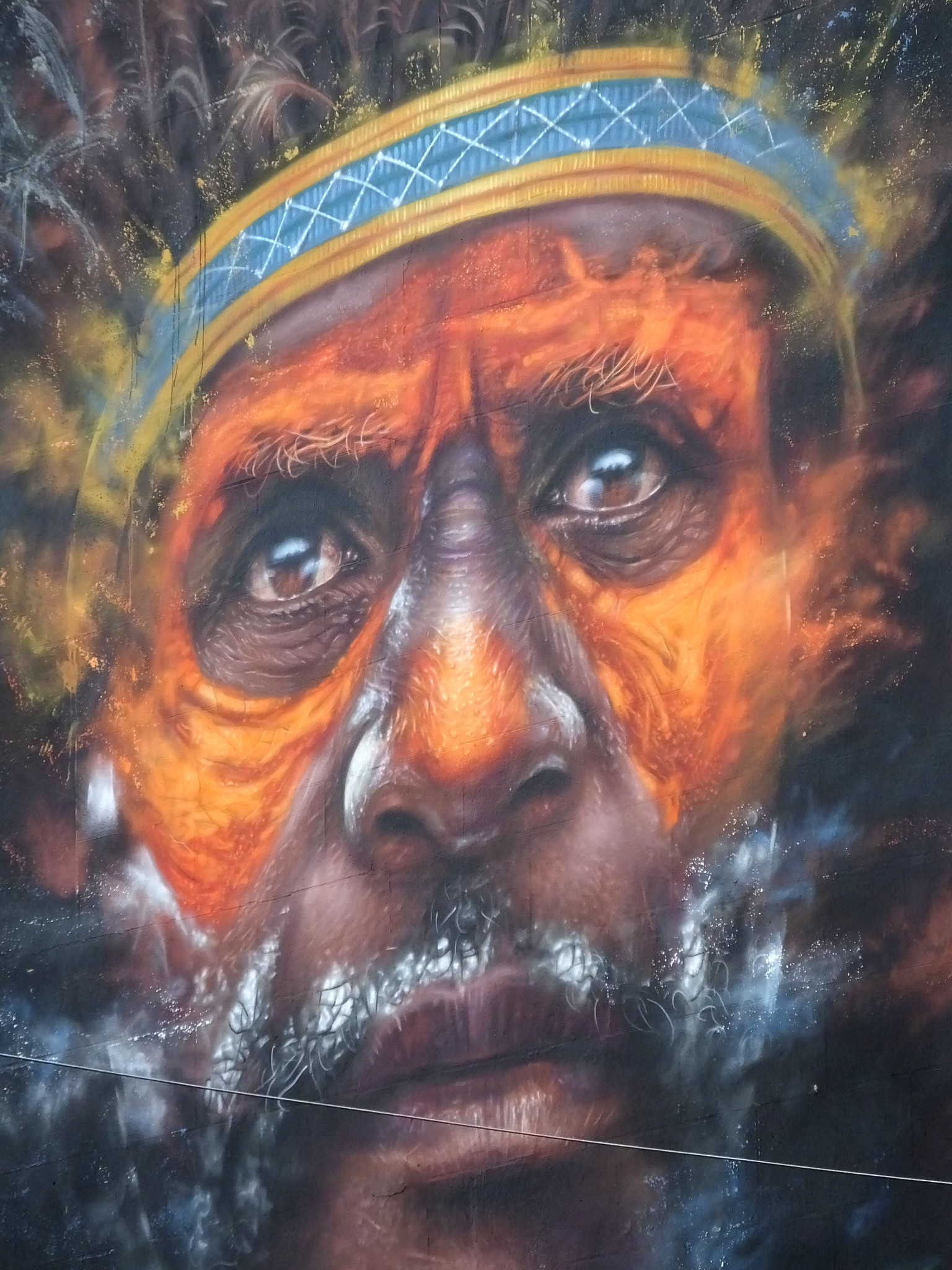 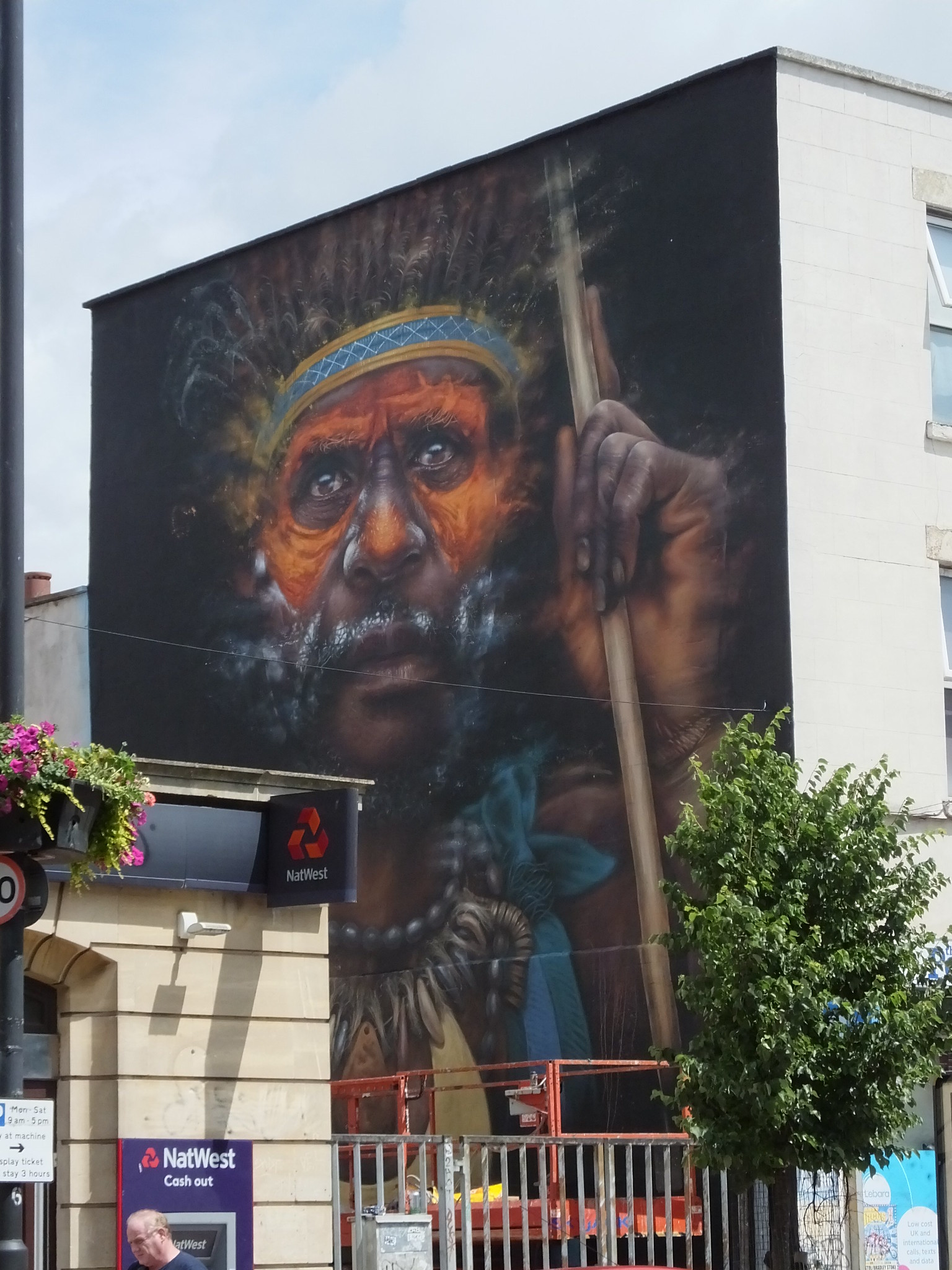 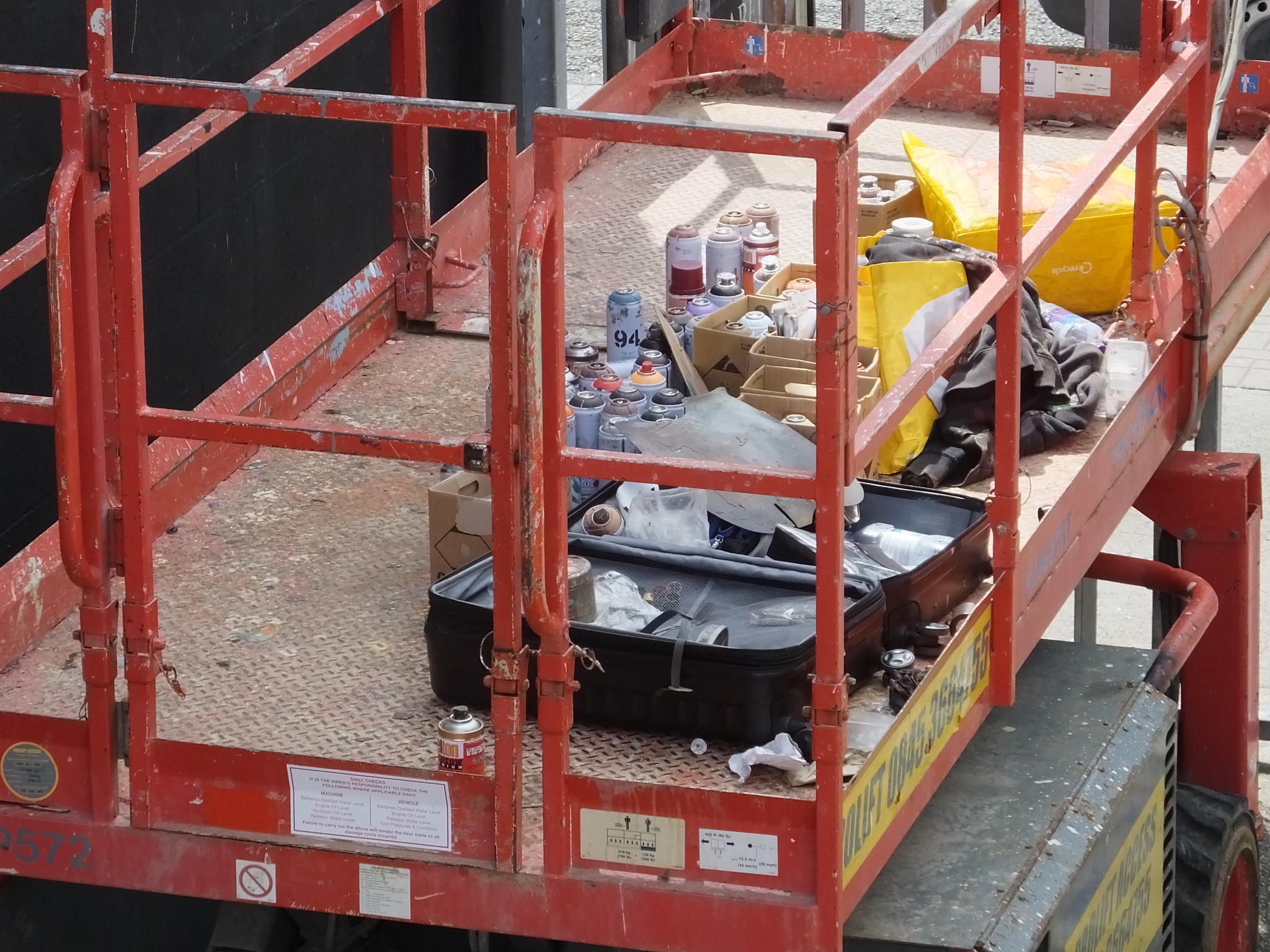 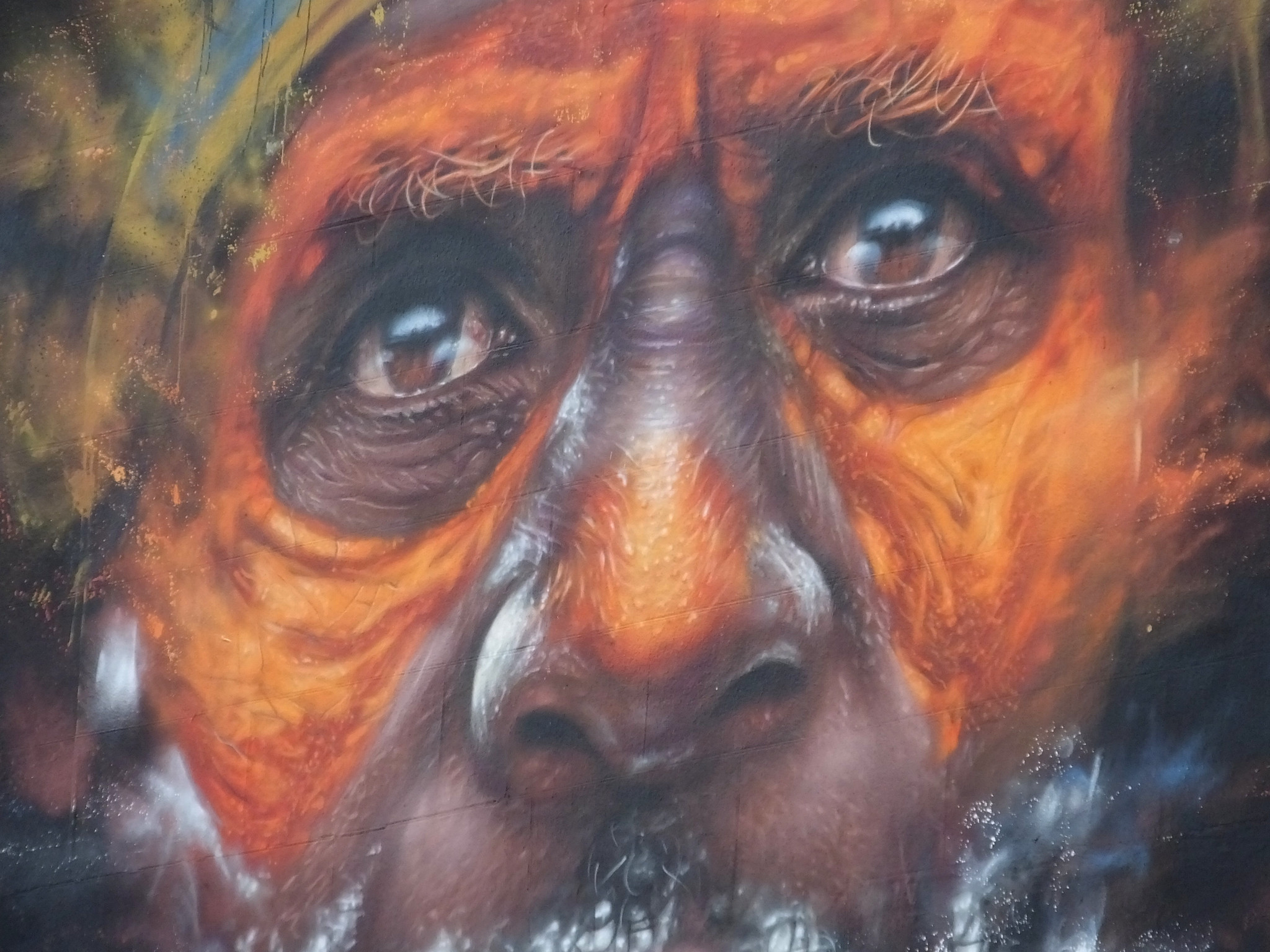 Painting here during a hot spell in July 2019, artist Dale Grimshaw tackled the large wall over many days to create his latest masterpiece.

Born in Lancashire, the artist has studied at Blackburn College then completed a fine arts degree at Middlesex University in London.

His large scale murals have graced walls from all around the UK, including Cardiff, and around the world where he continues to support the work of the Free West Papua campaign – which is opposed to the illegal occupation of West Papua by Indonesia.

“Dale’s work is boldly figurative and is inspired by his strongly held humanitarian beliefs. However this political message is always achieved by an emphasis on powerful direct emotions and a deep empathy for his subjects.” – Dale Grimshaw website. 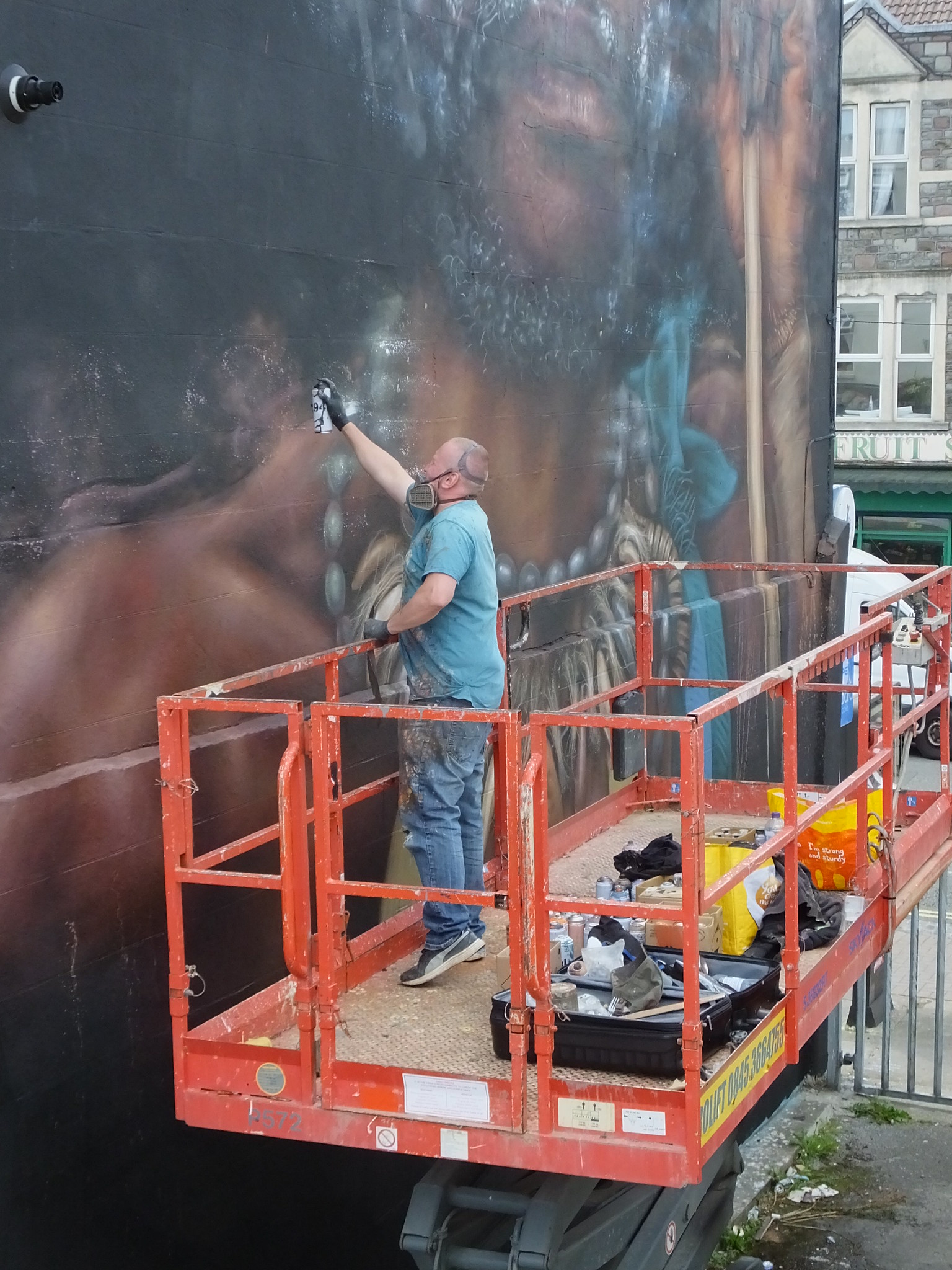 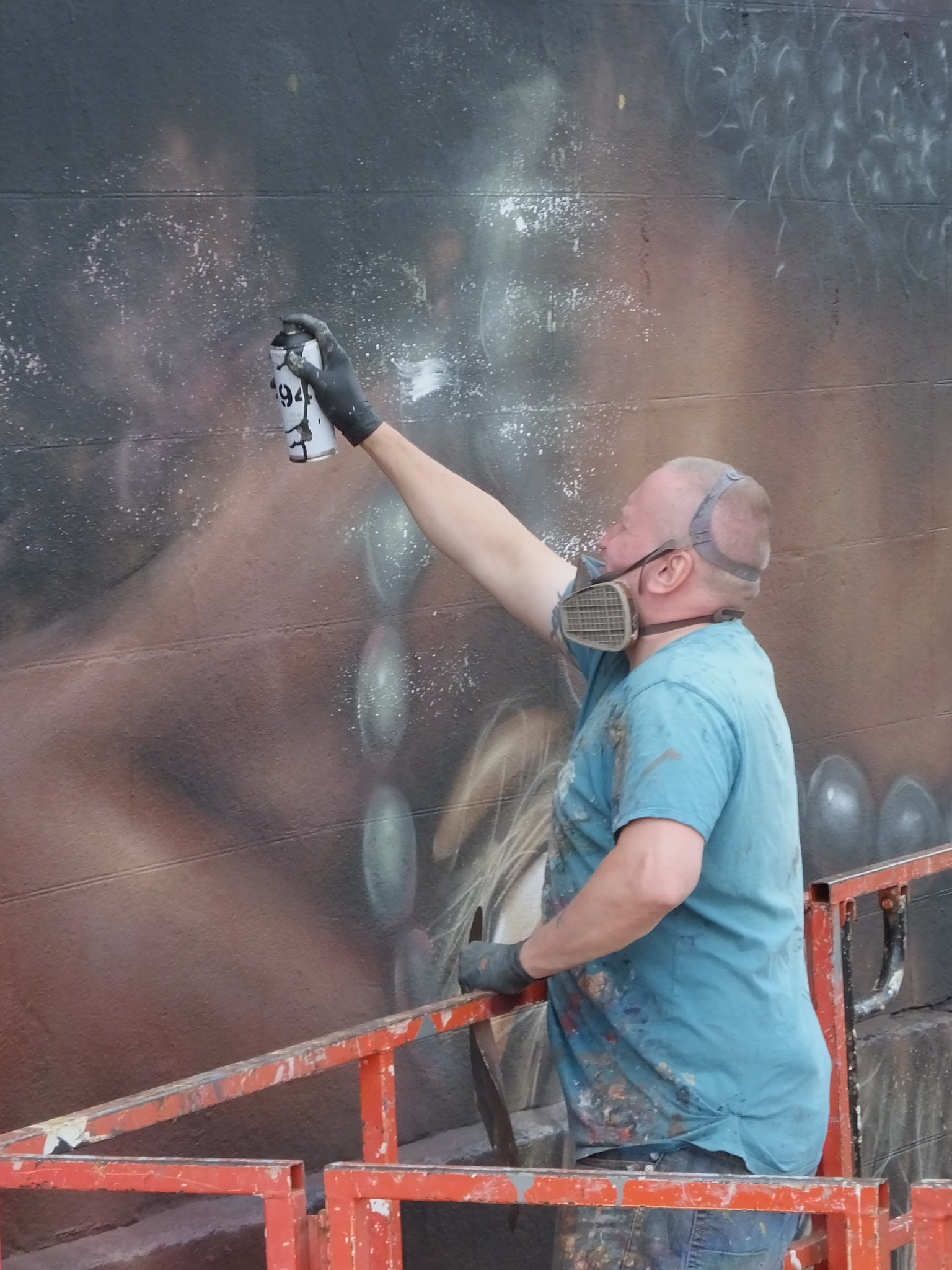 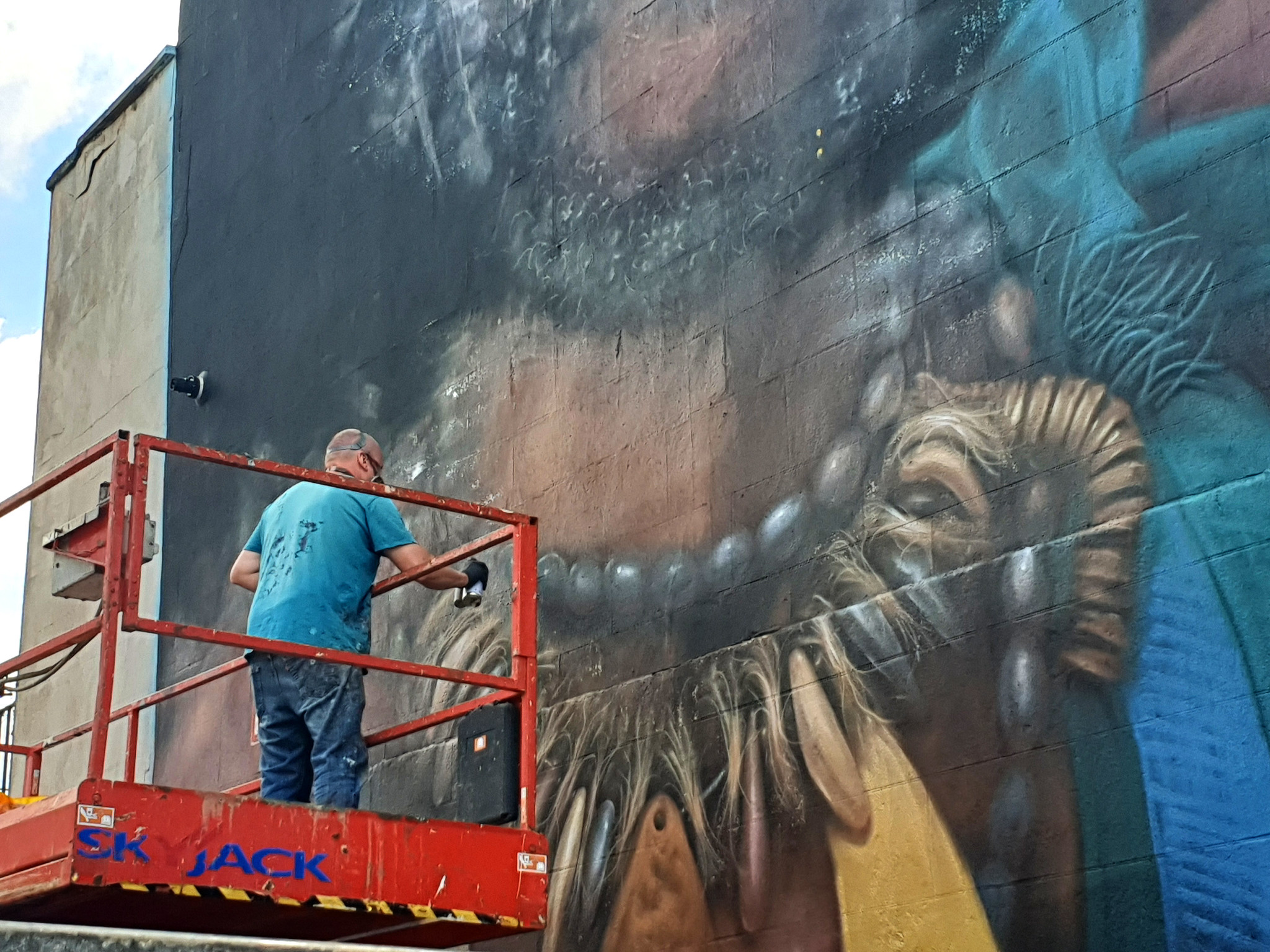 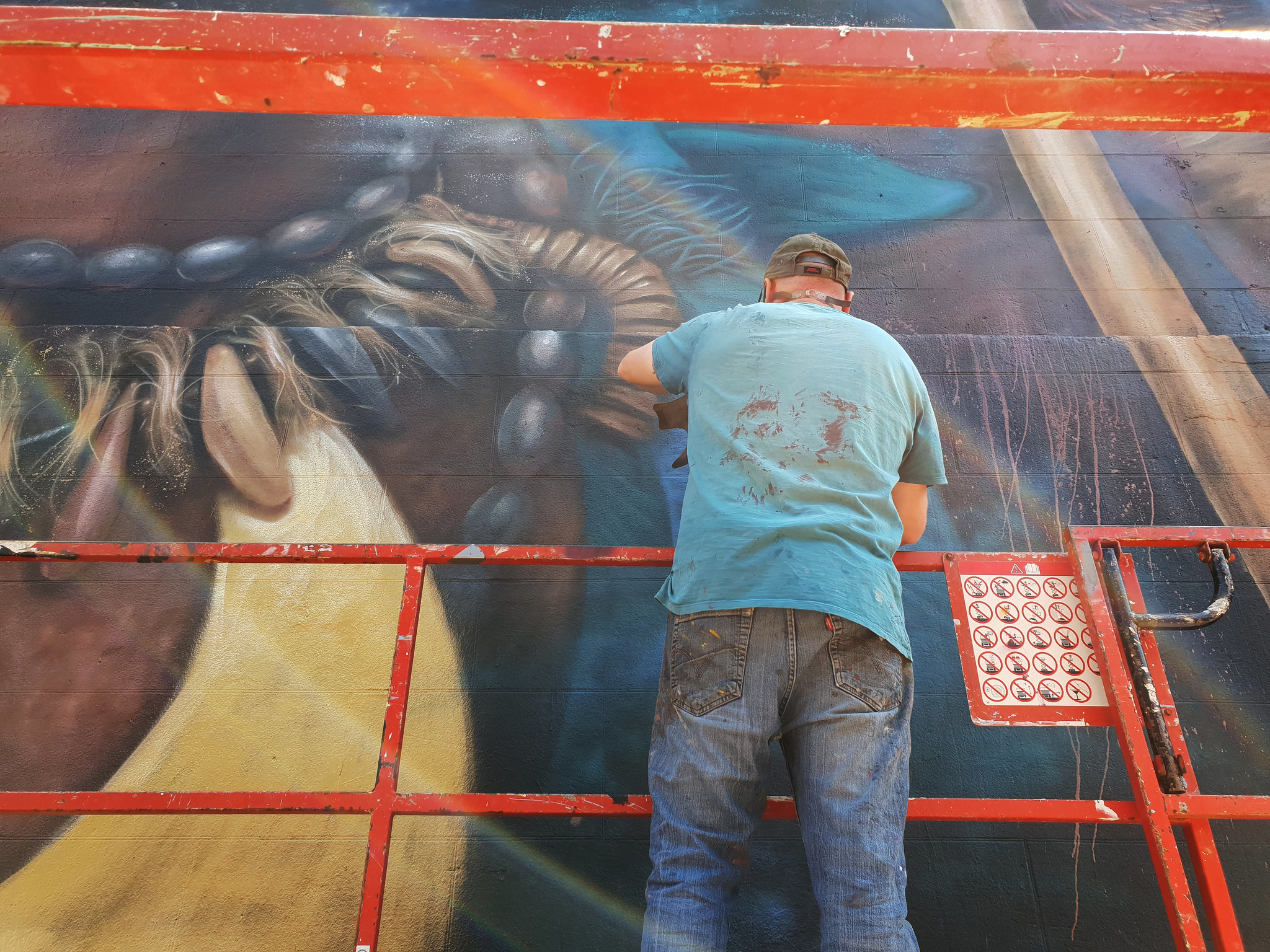 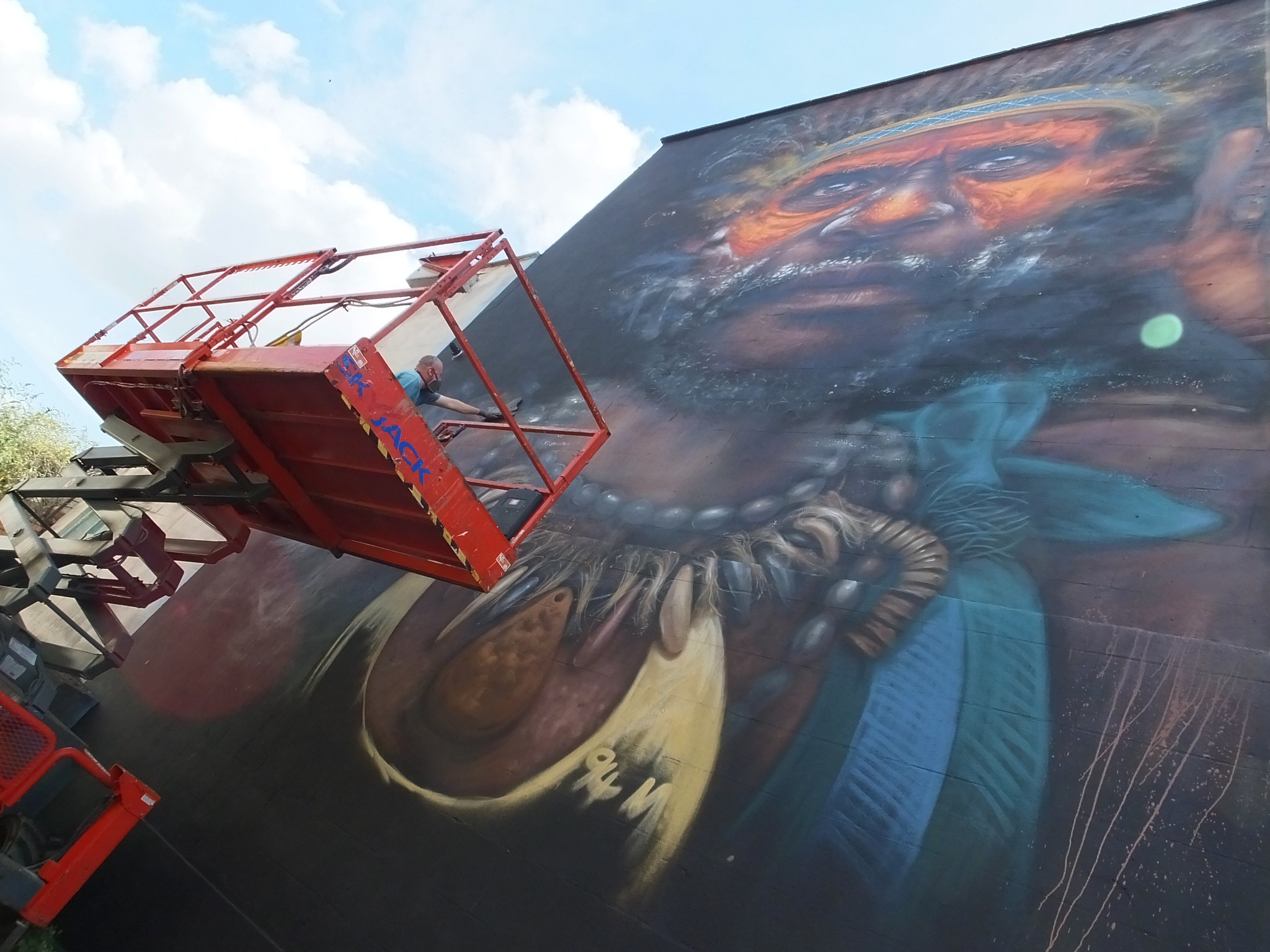 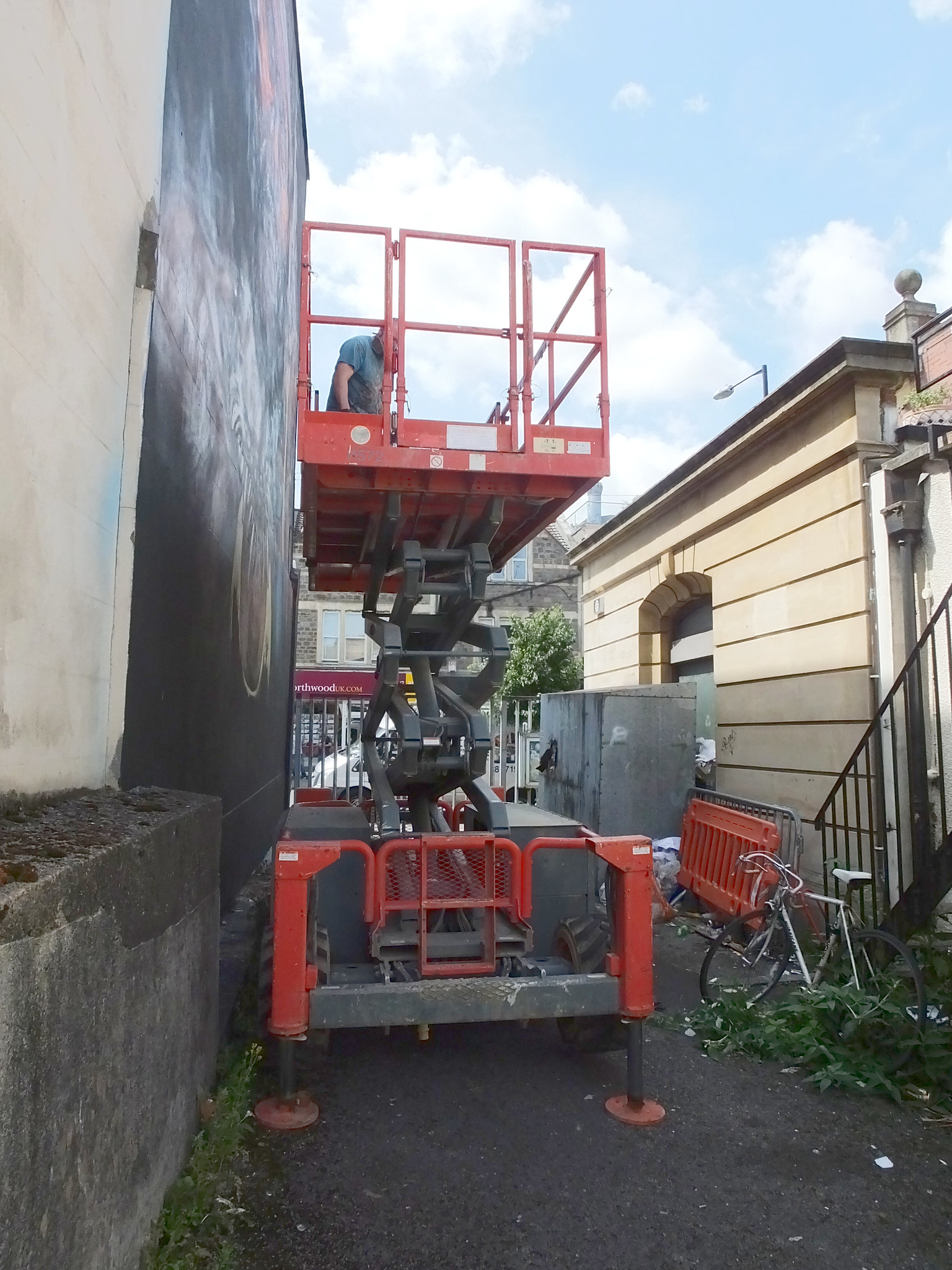 Tackling the wall wasn’t Dale’s only feat on the day.

A migrating bee’s nest decided to move from the roof opposite to the nearby tree – with Dale caught up admist the thousands of bees flying all around.

The day was best summed up in this b-movie! 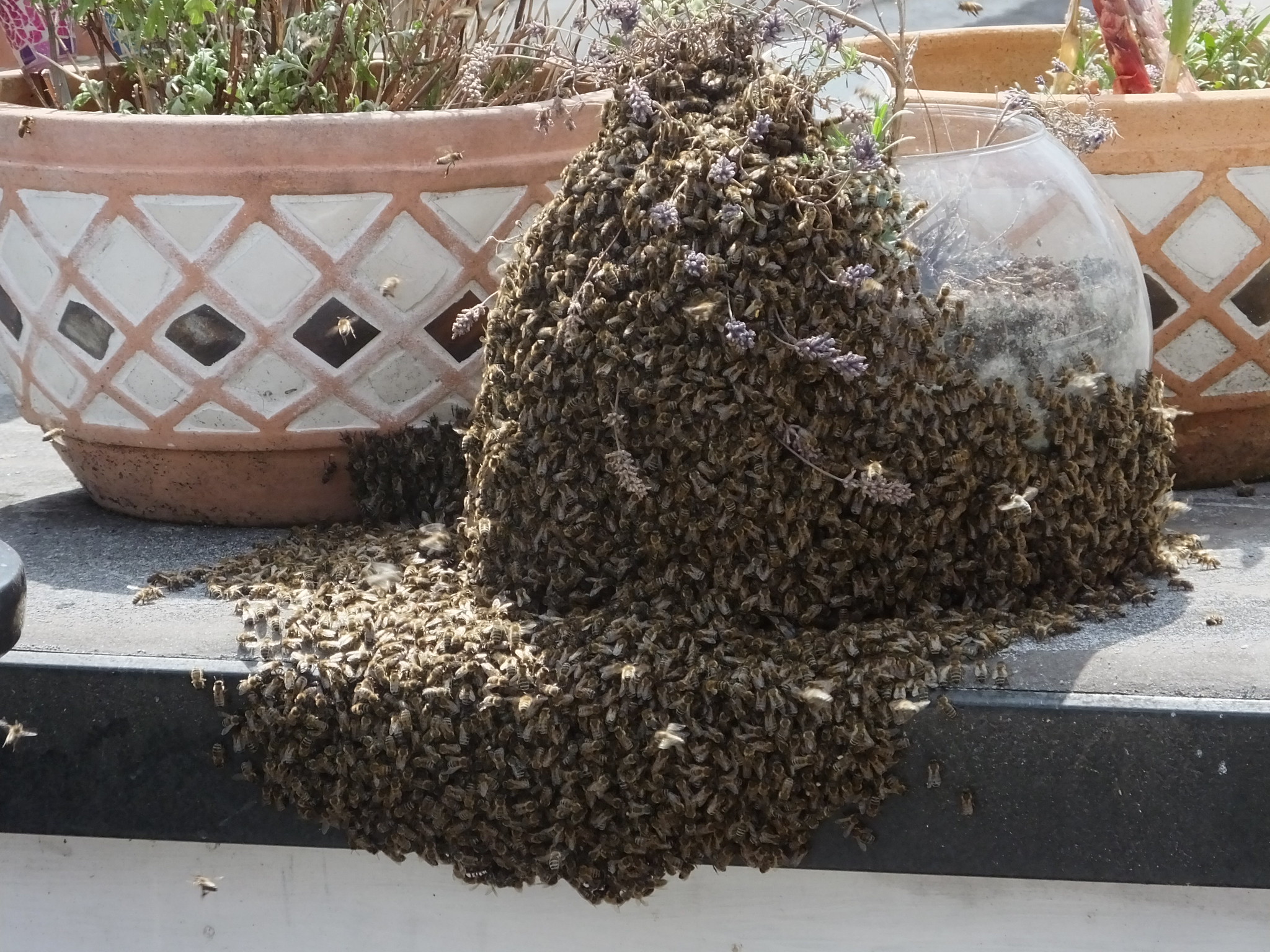 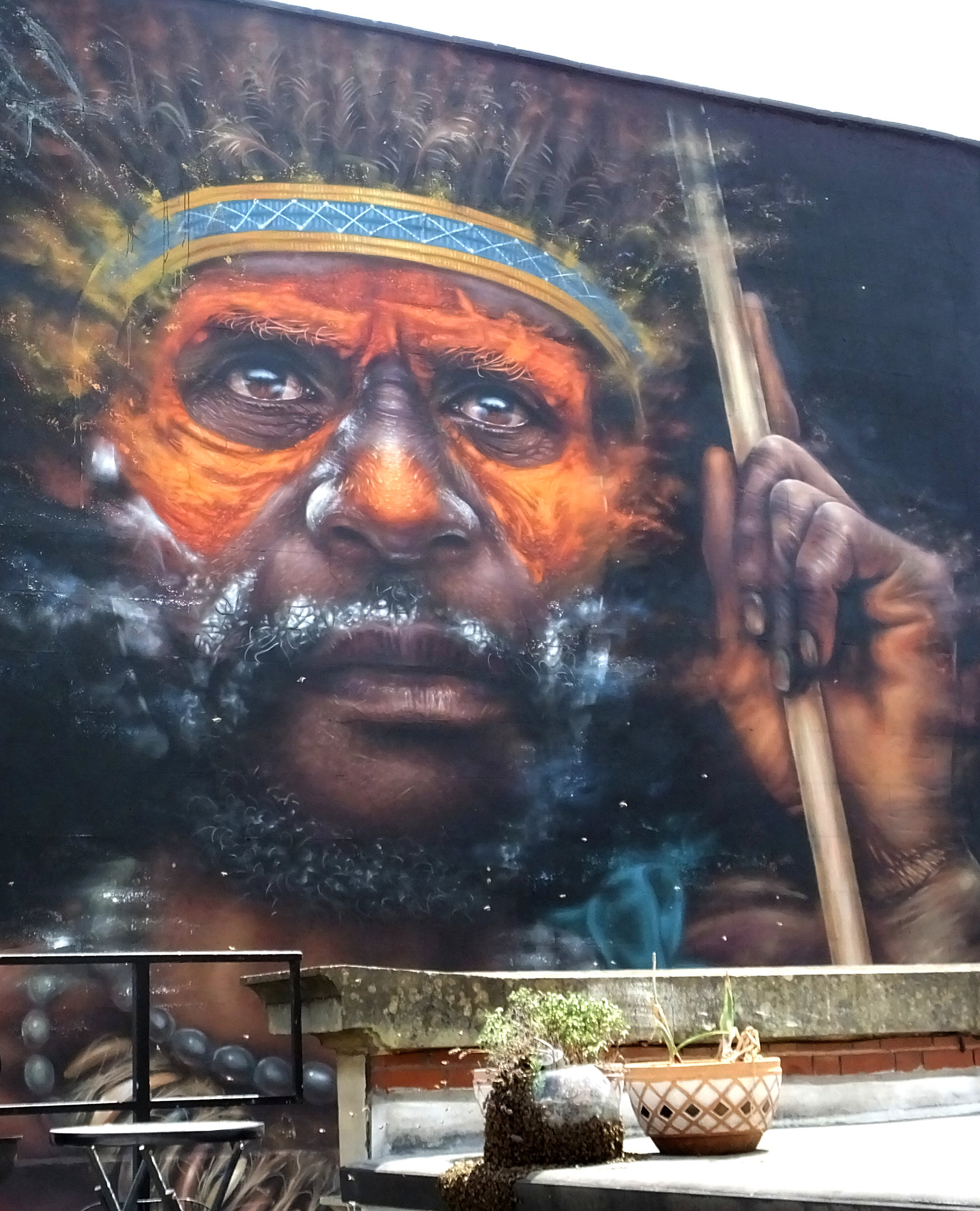 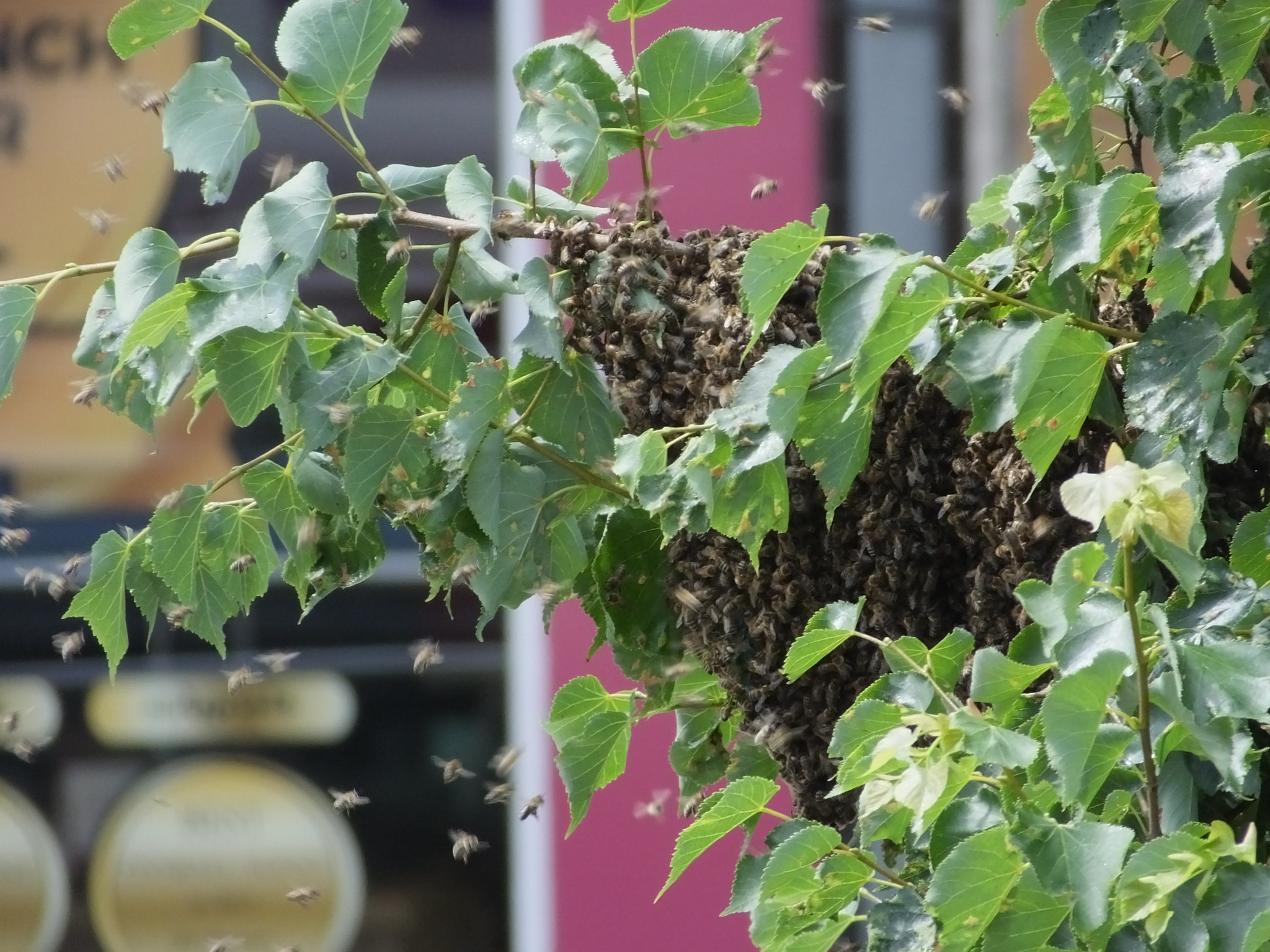 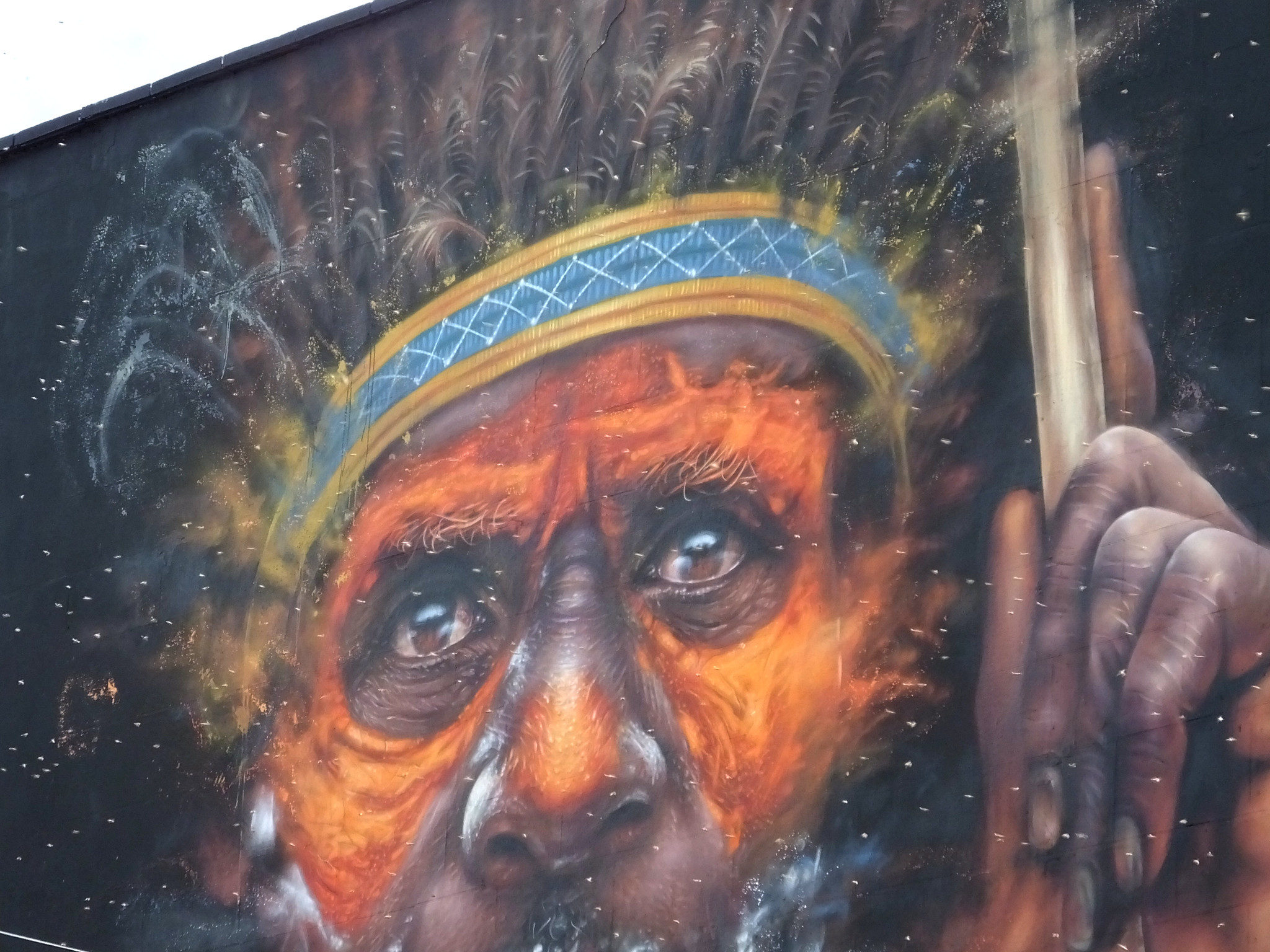 Luckily no injuries were sustained and work soon started again for Dale to put the final touches to this piece. 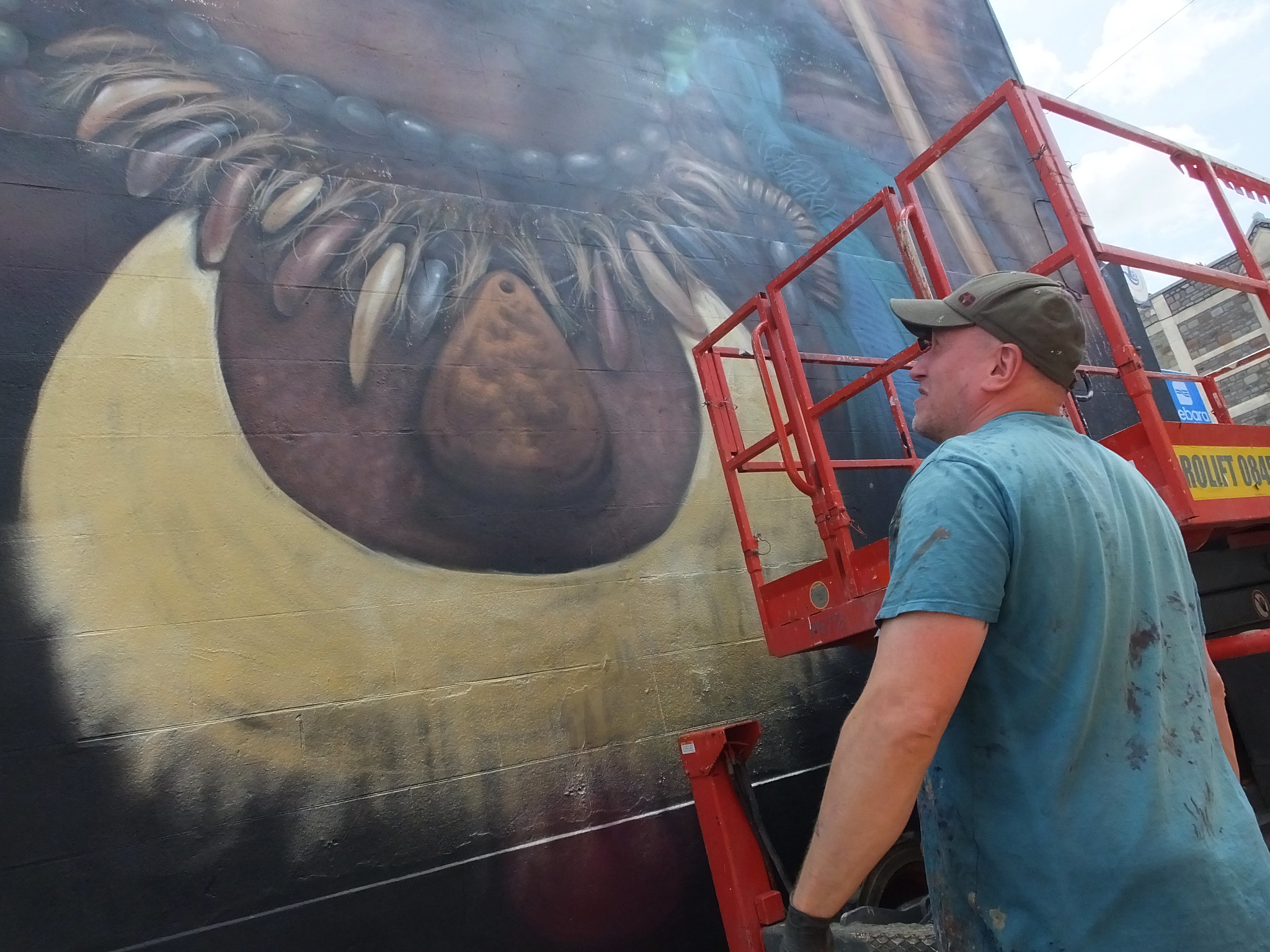 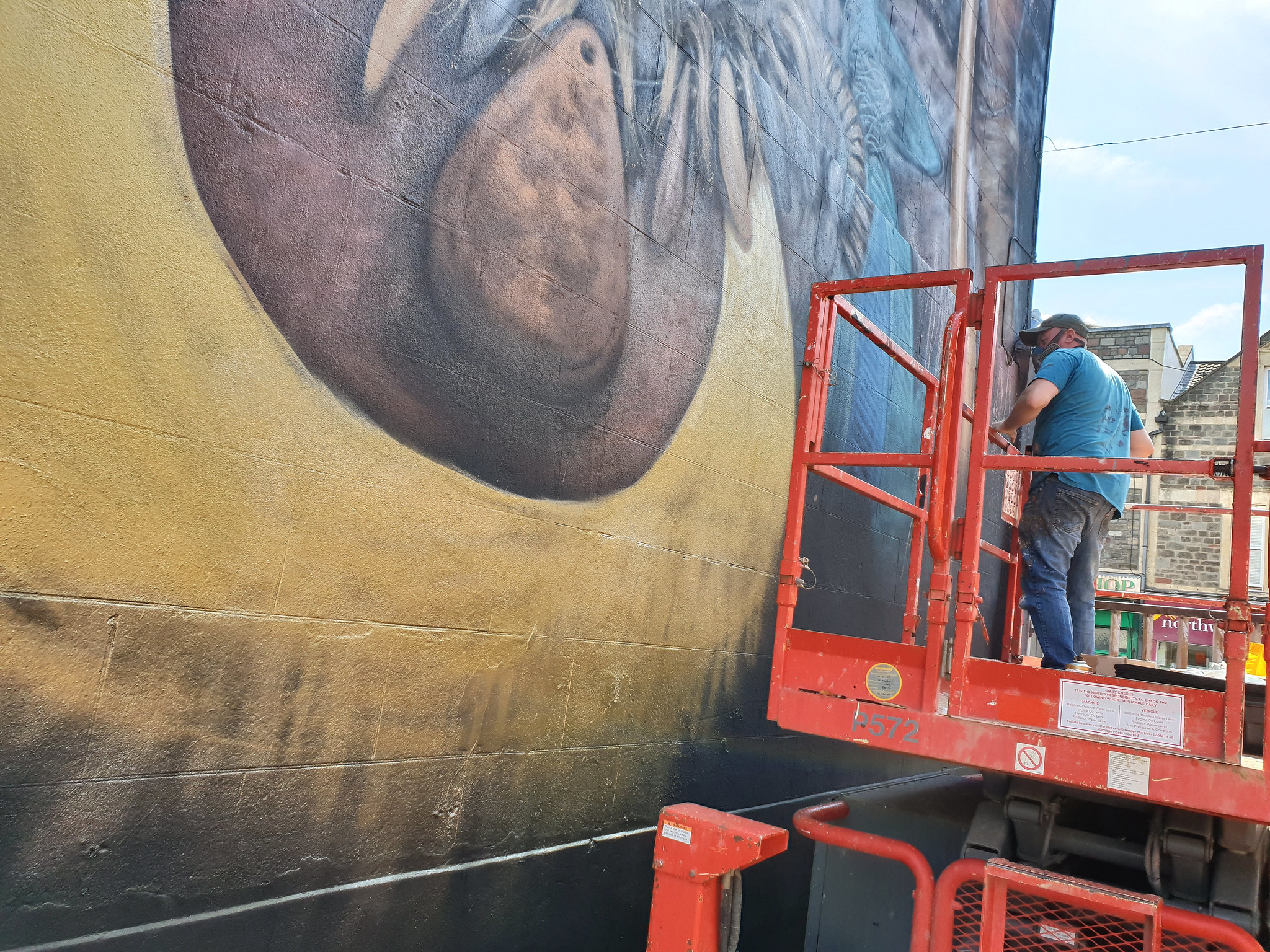 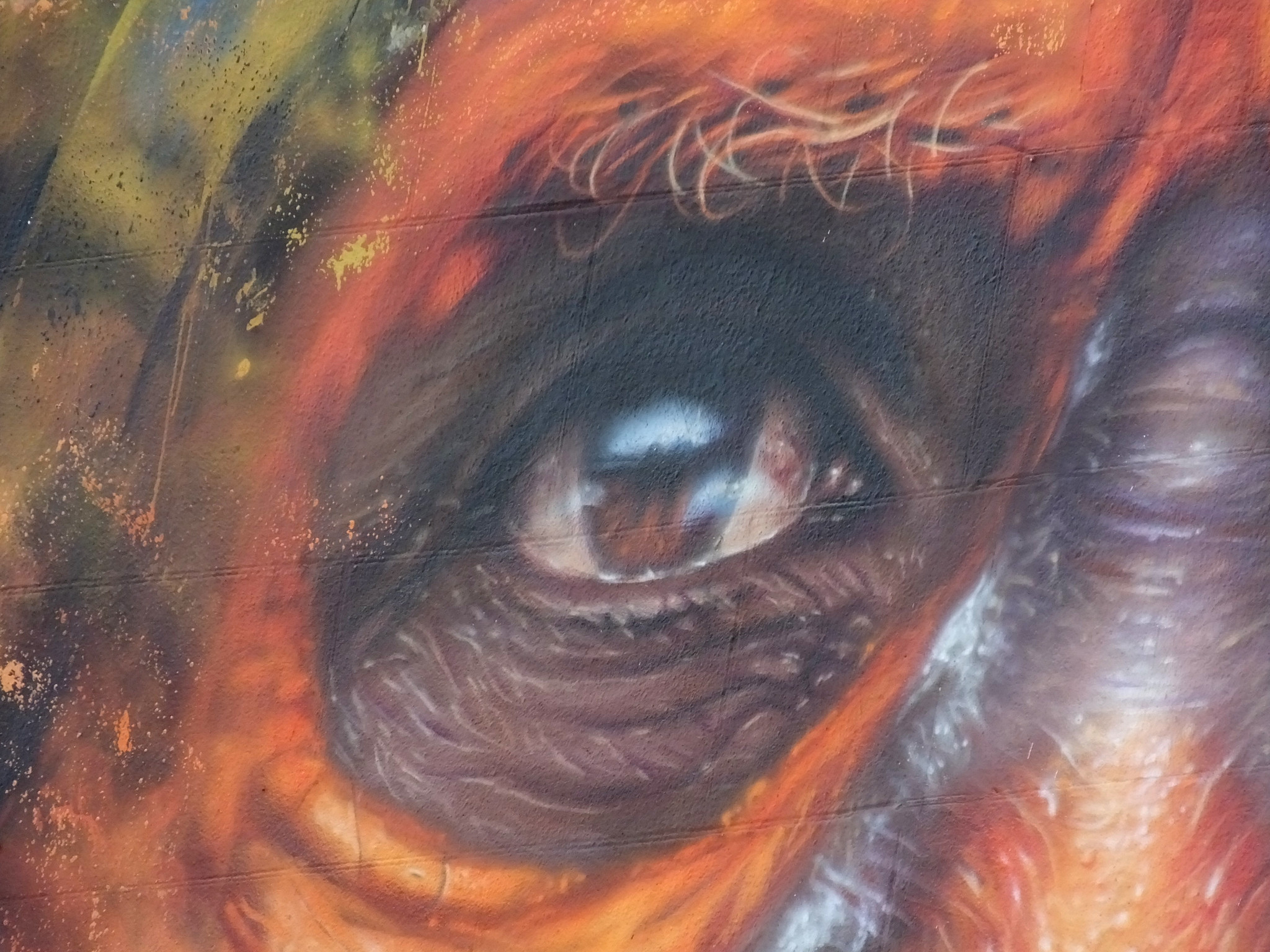 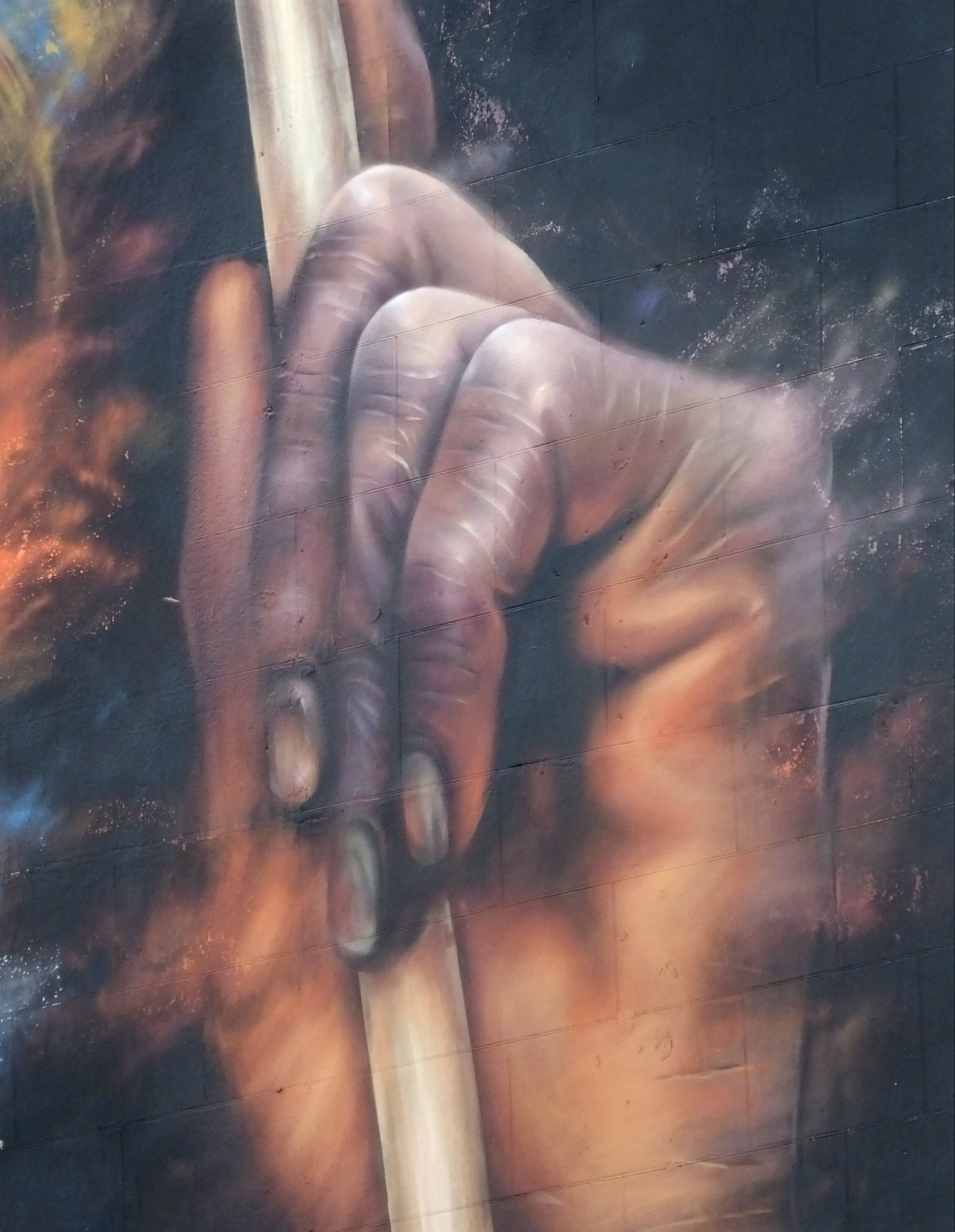 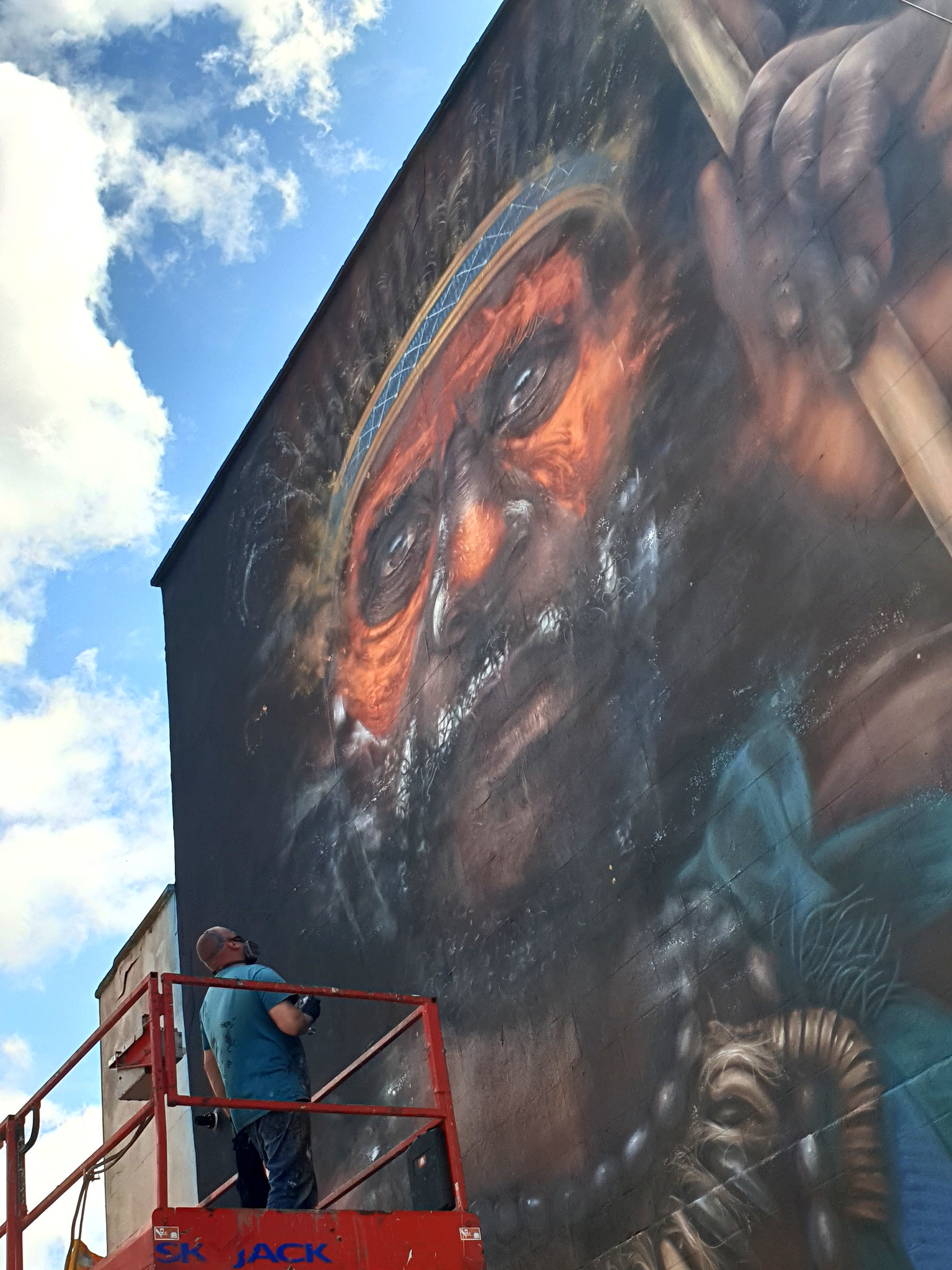 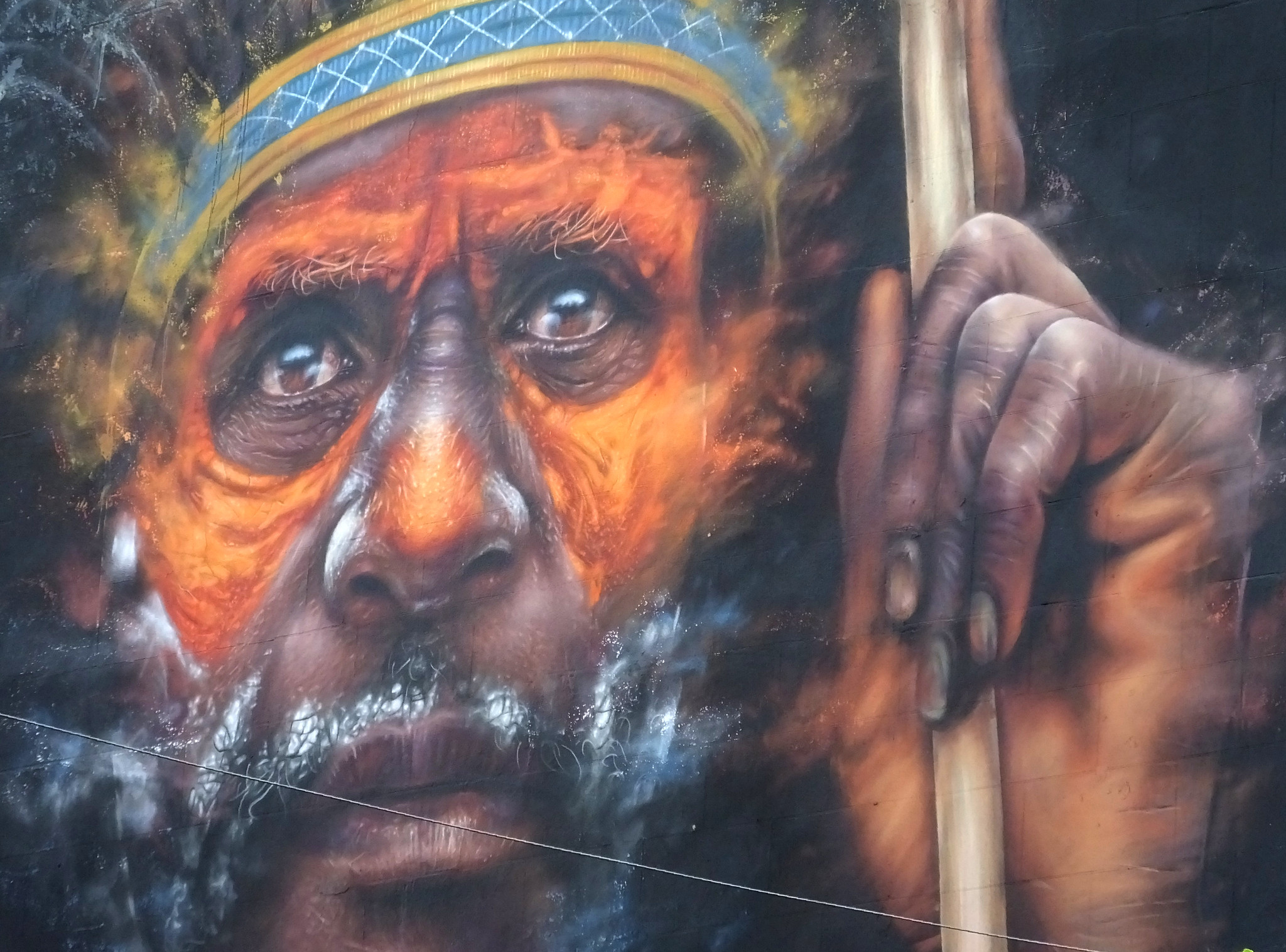 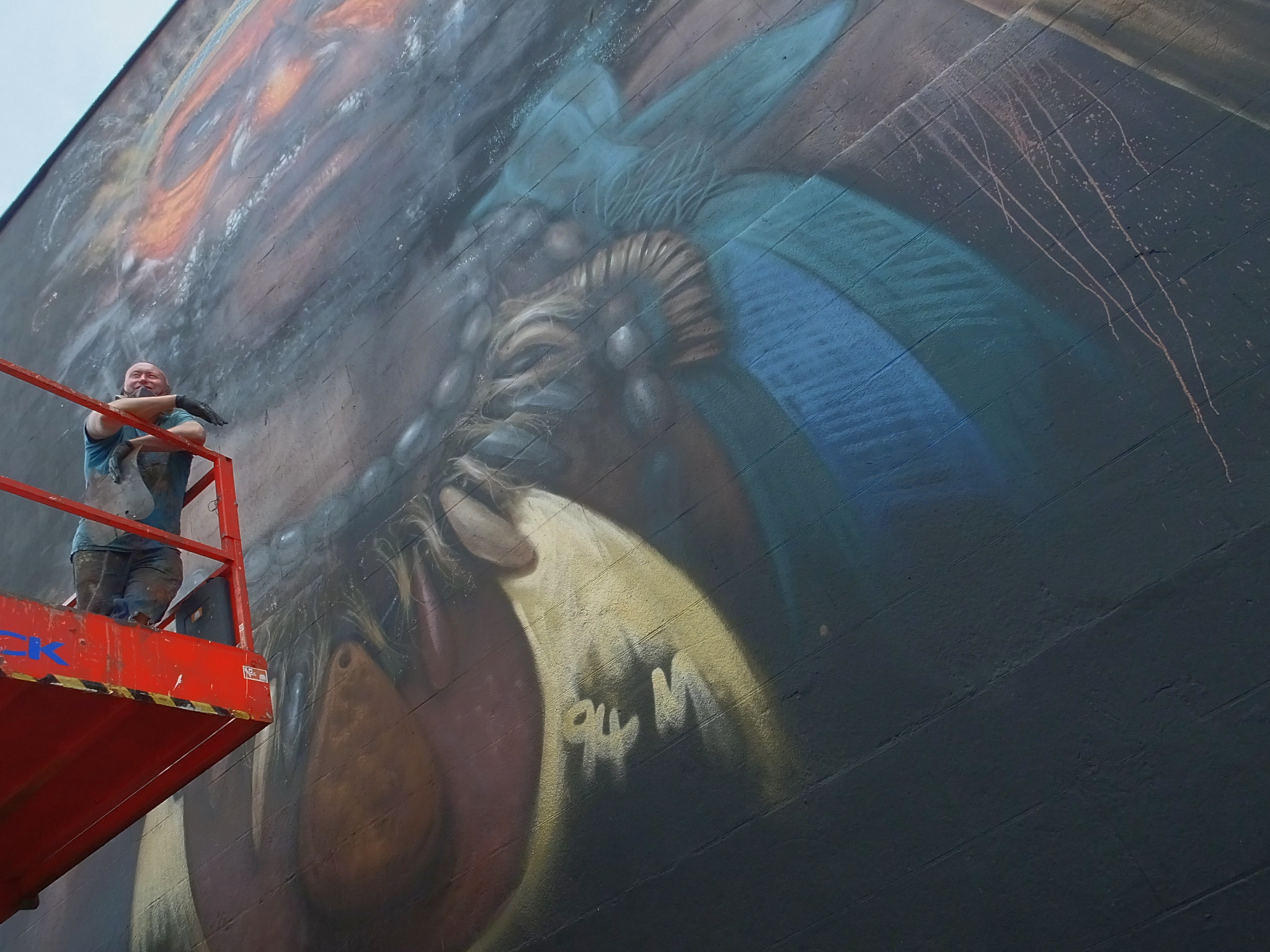 Other artists that have attended the Upfest Summer Edition are My Dog Sighs, L7M and Jody. 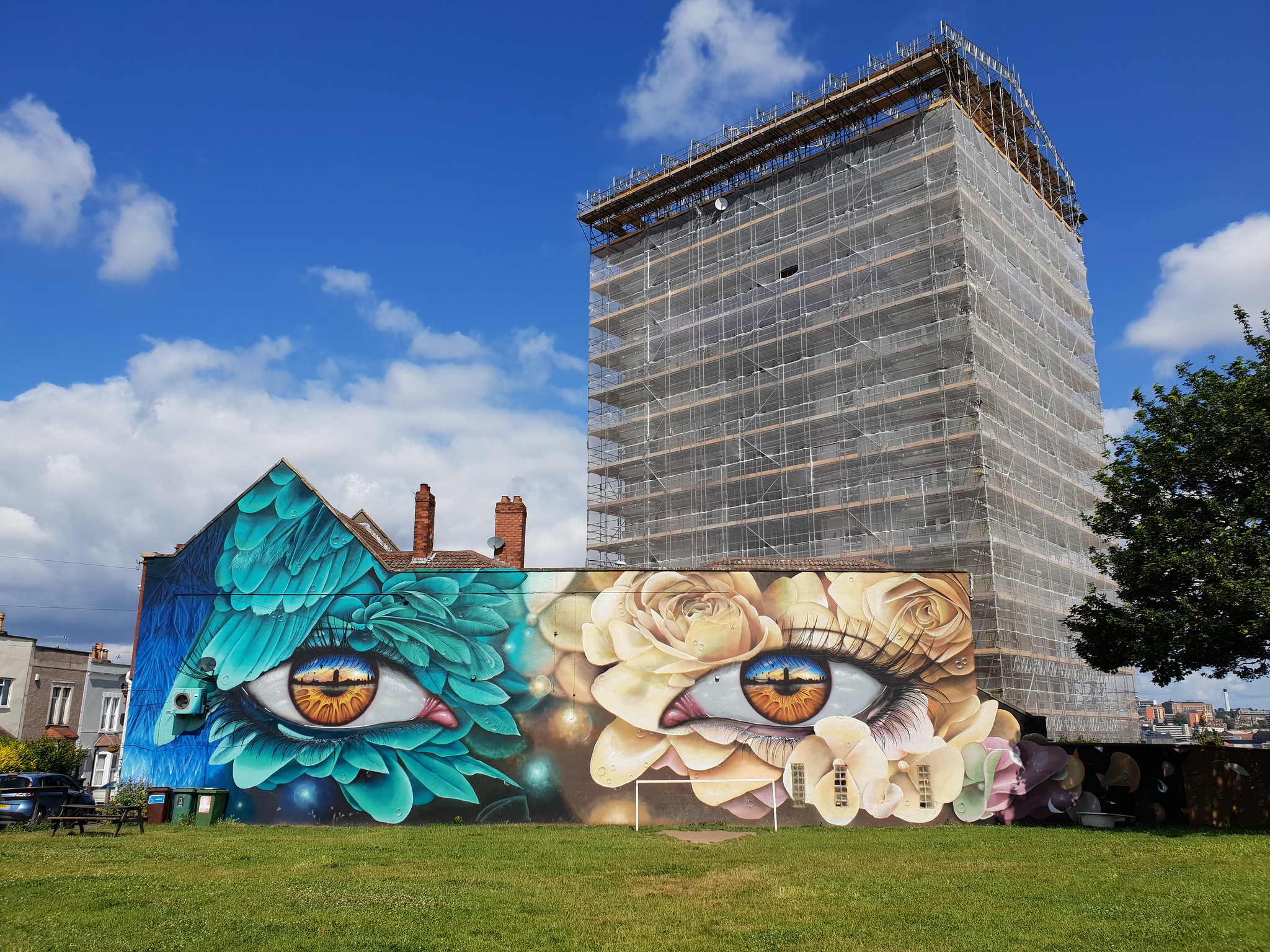 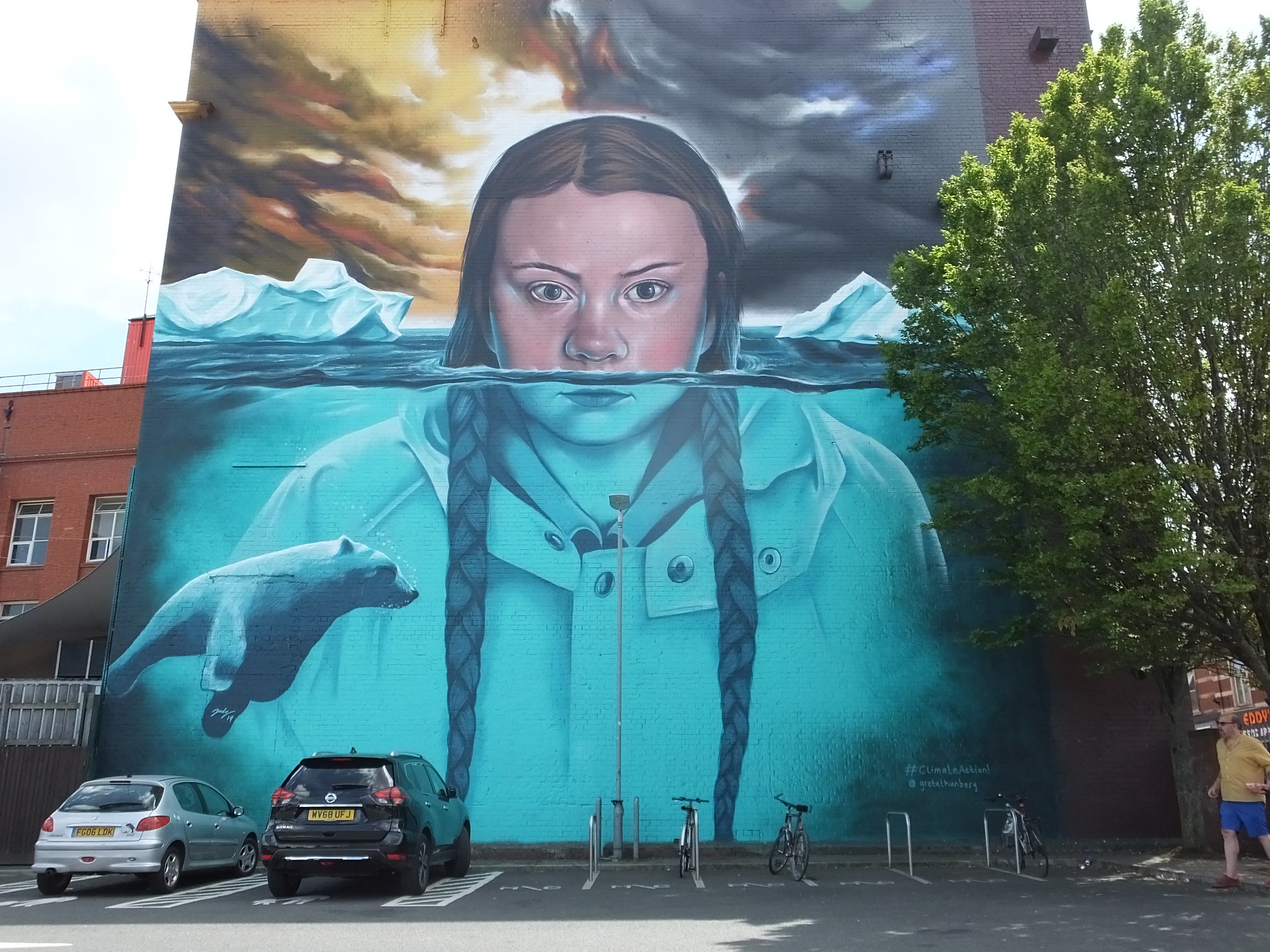 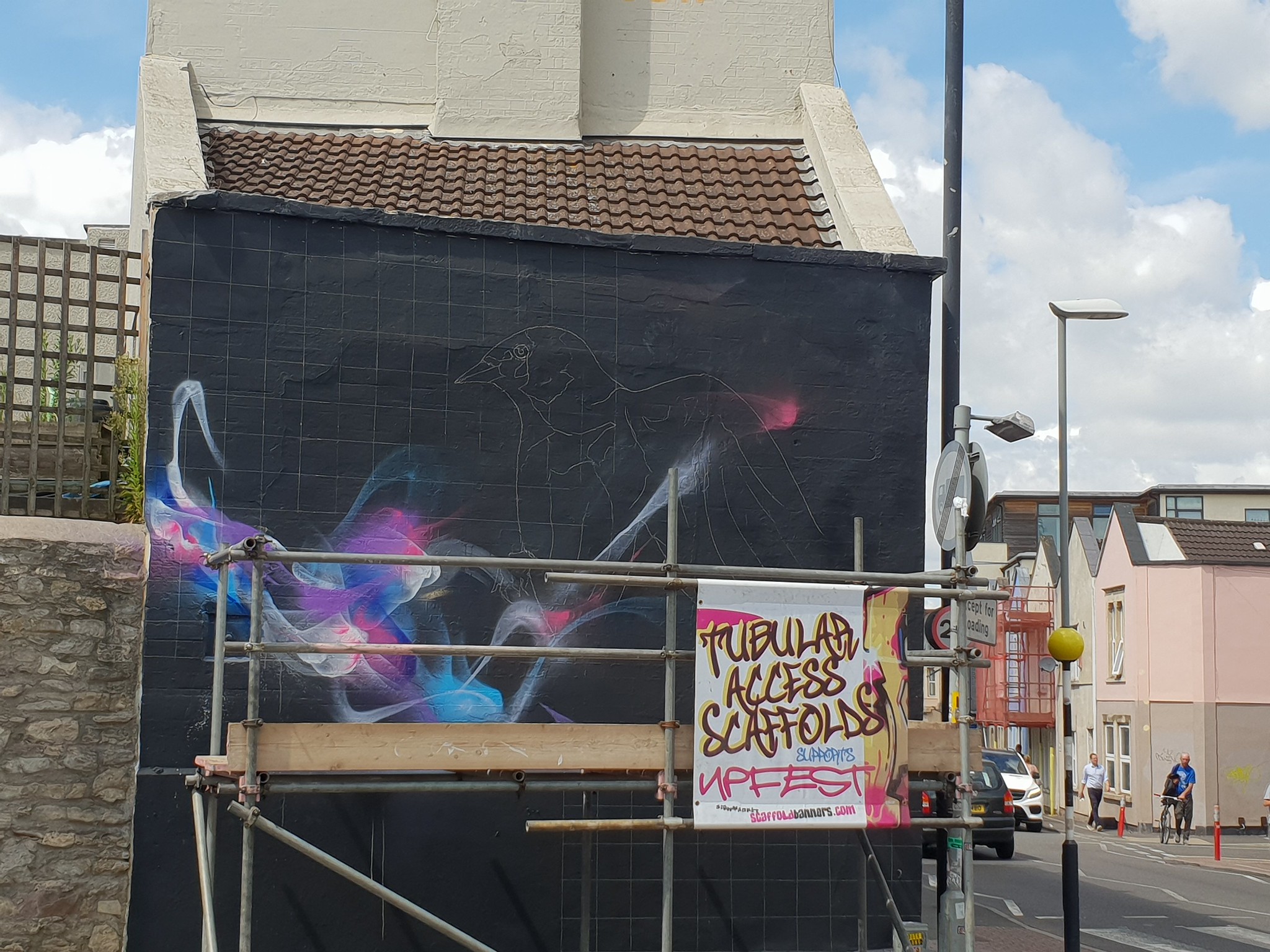