First we must begin with a quick history lesson unearthing why this graffiti is important in Wales.

Once again normal service has been resumed. This time in less than 24hrs #CofiwchDryweryn #irgad #Tryweryn pic.twitter.com/hnAdABjOOK

‘Cofiwch Dryweryn’ which translated into English means ‘Remember Tryweryn’ – is a phrase that was originally painted on a stone wall next to the A487 at Llanrhystud, in Mid Wales near Aberystwyth back in 1966.

It was painted in protest by journalist and author, Meic Stephens, following the decision to drown the village of Capel Celyn in North Wales to create a reservoir to serve the people of Liverpool.

Seventy people were forced to move from Welsh-speaking Capel Celyn in 1965 after nine years of angry protest – thus the graffiti was daubed on the roadside rock and has lasted over 50 years at that location ever since.

It has been amended, added to and repainted over the years to include tributes to Aberfan and was even partially knocked down recently but there has been debate regarding it’s place in a protected Welsh cultural landscape.

Luckily on each occasion the work has always been restored which some say is still more famous than the recent Banksy piece in Port Talbot. 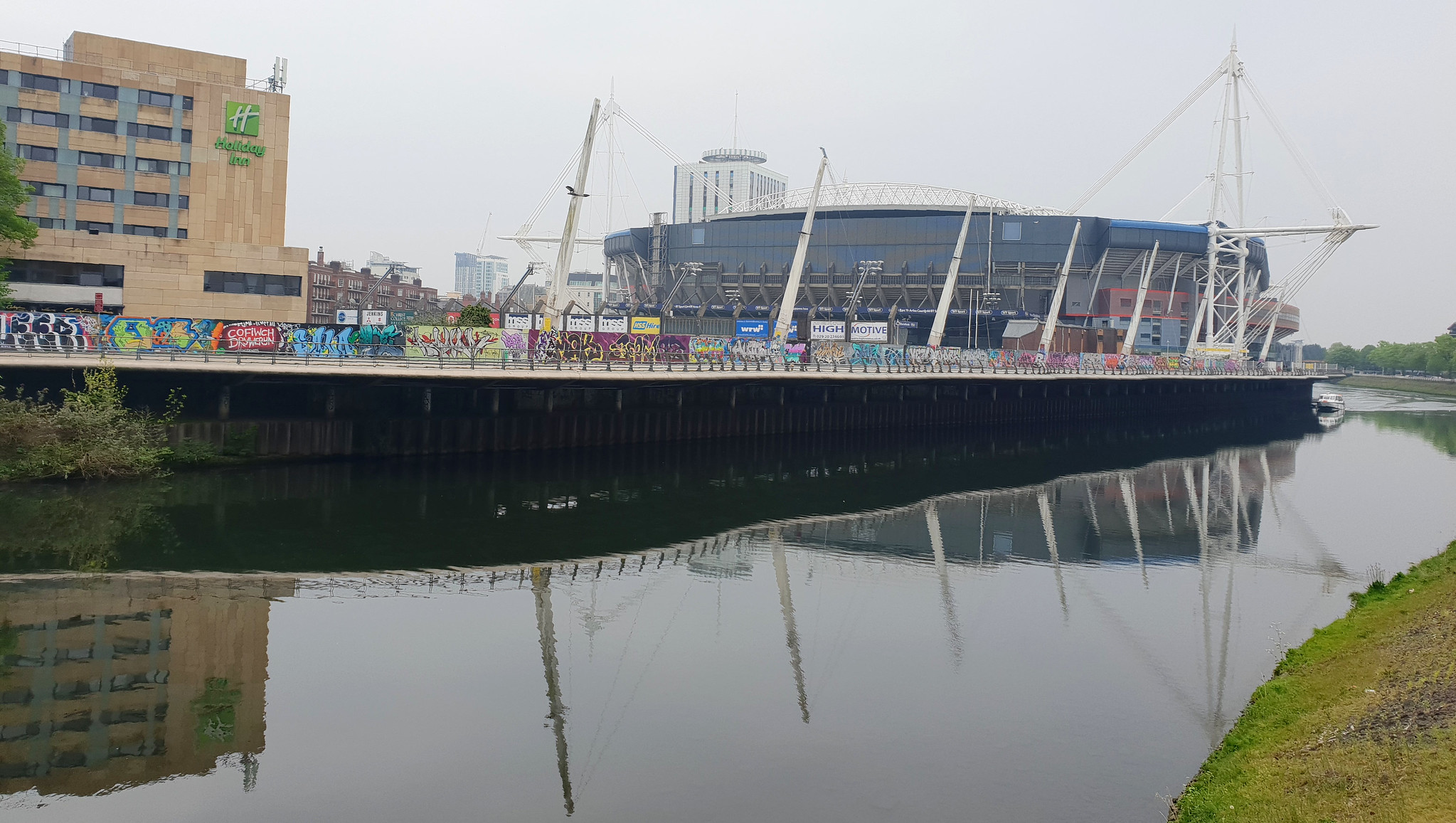 History lesson over and so just after the Easter Bank Holiday in 2019 a version was painted in Cardiff along the Millennium Walkway in similar bright red with a white font. 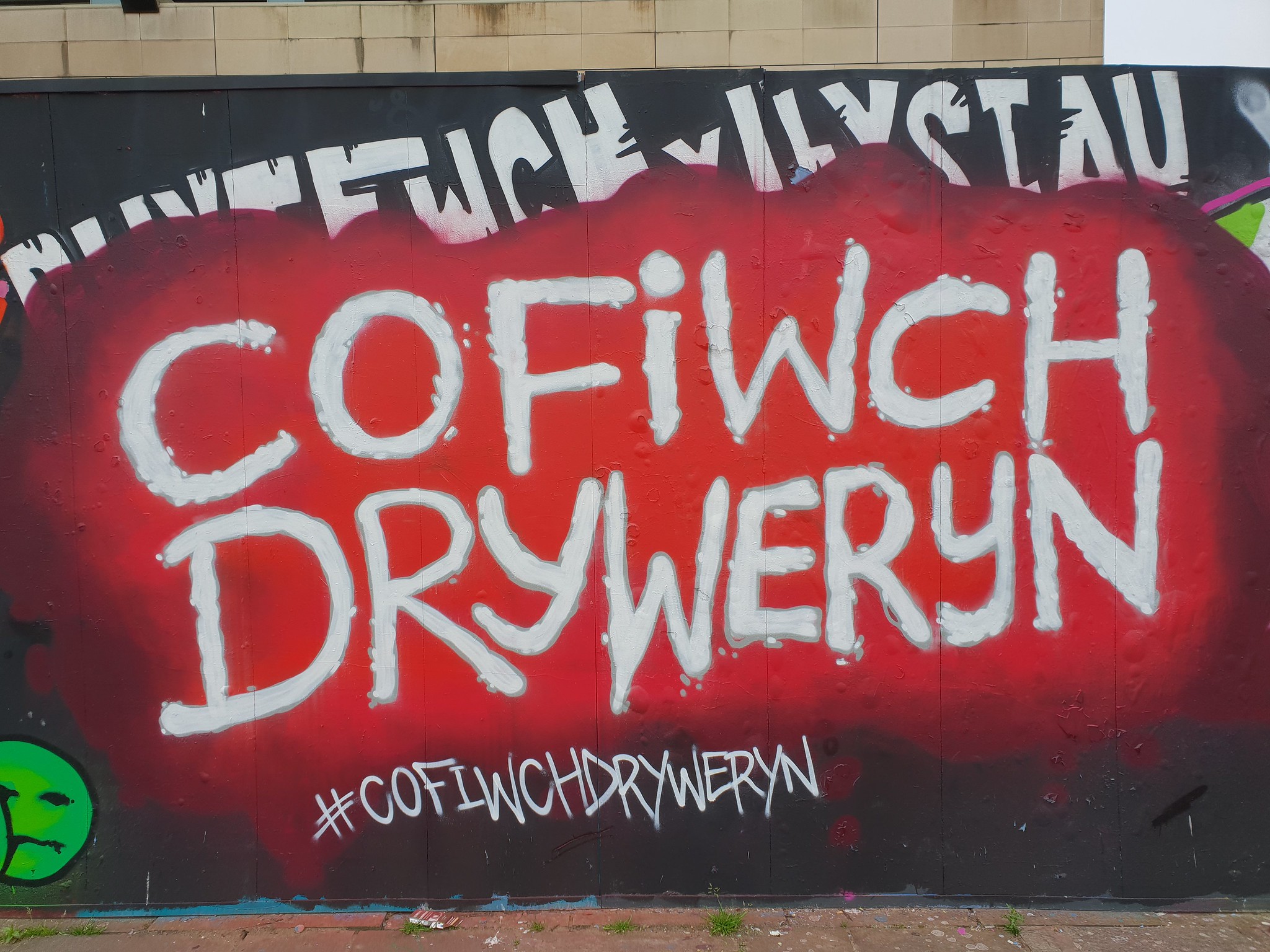 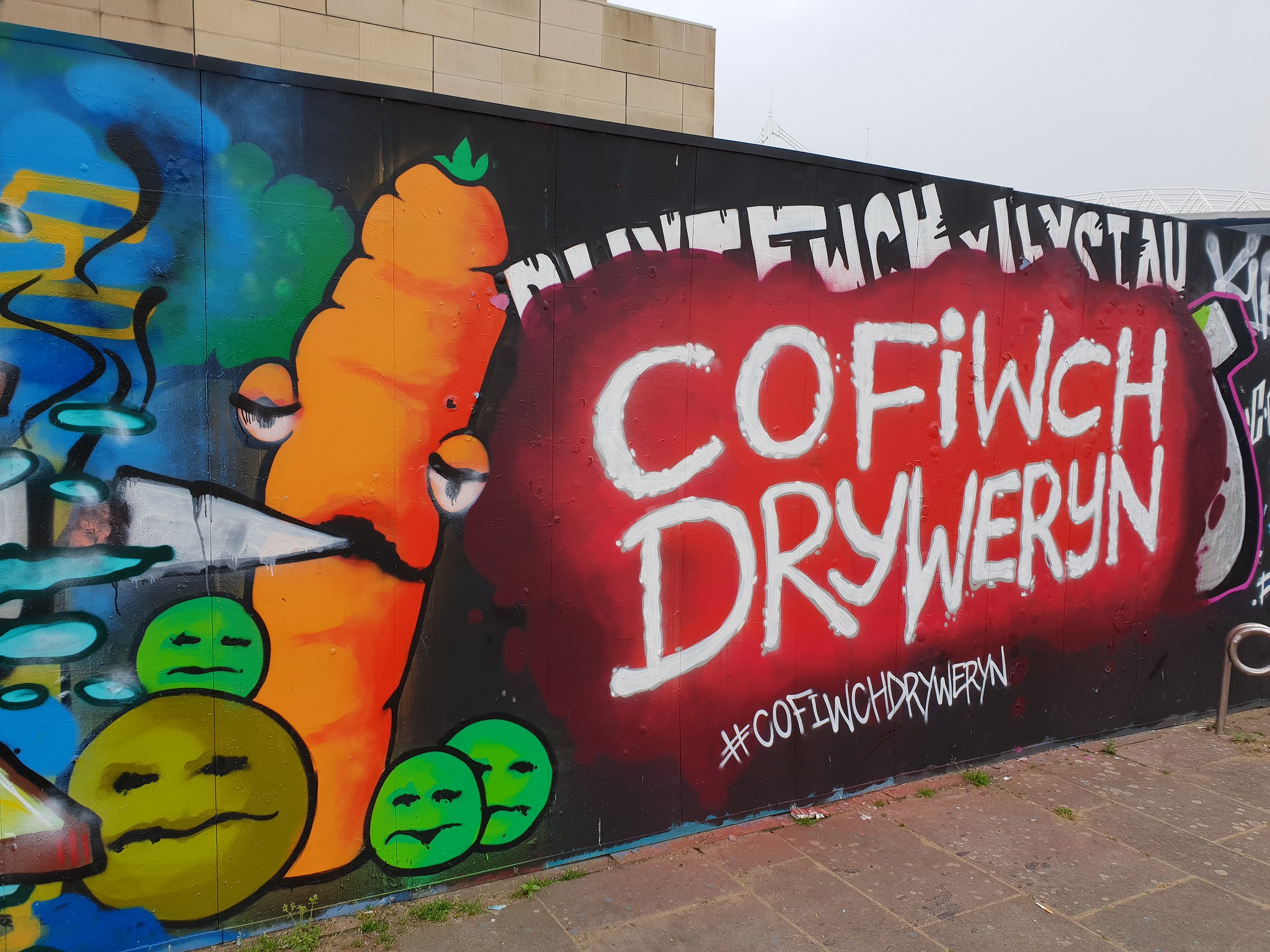 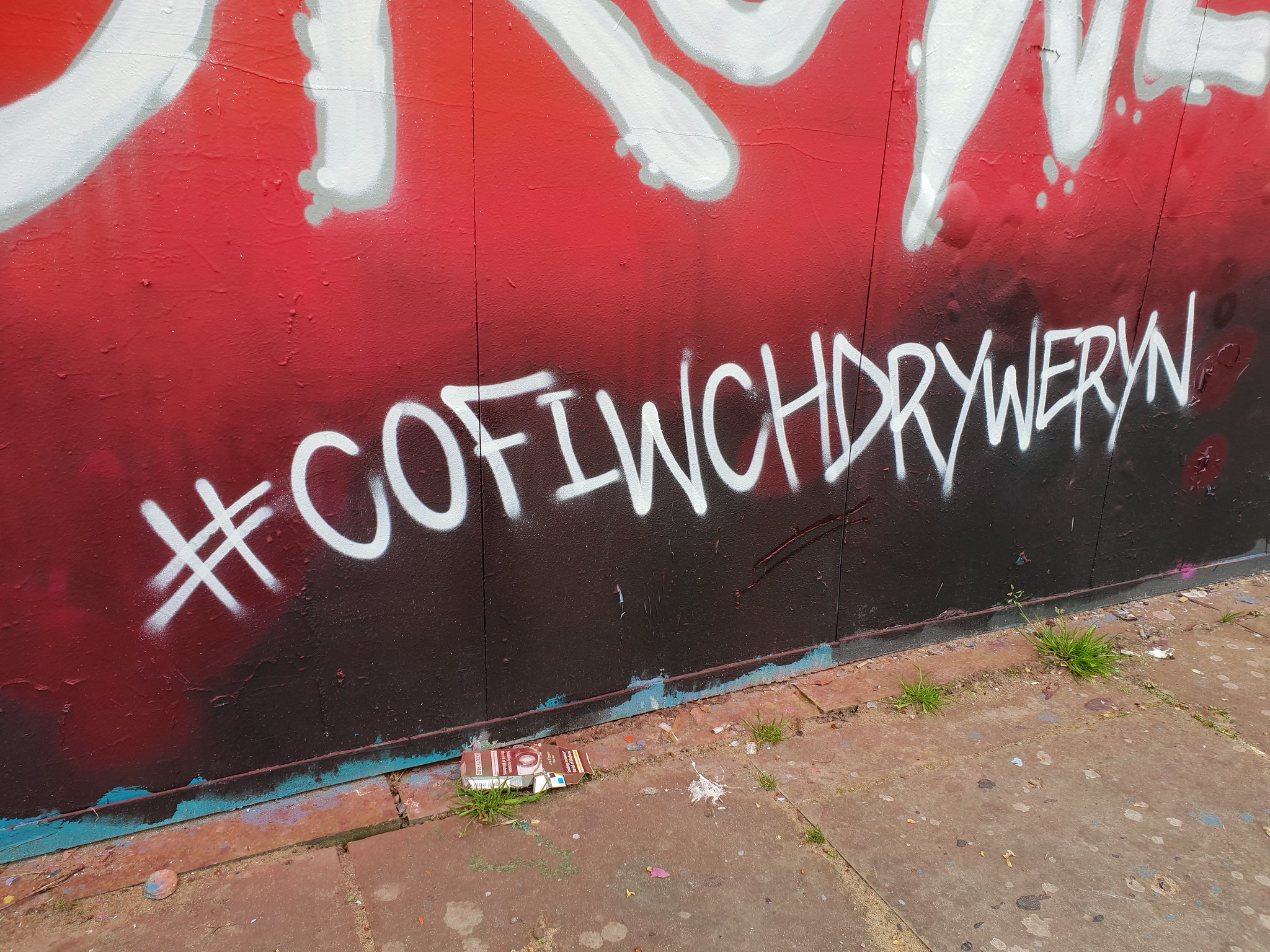 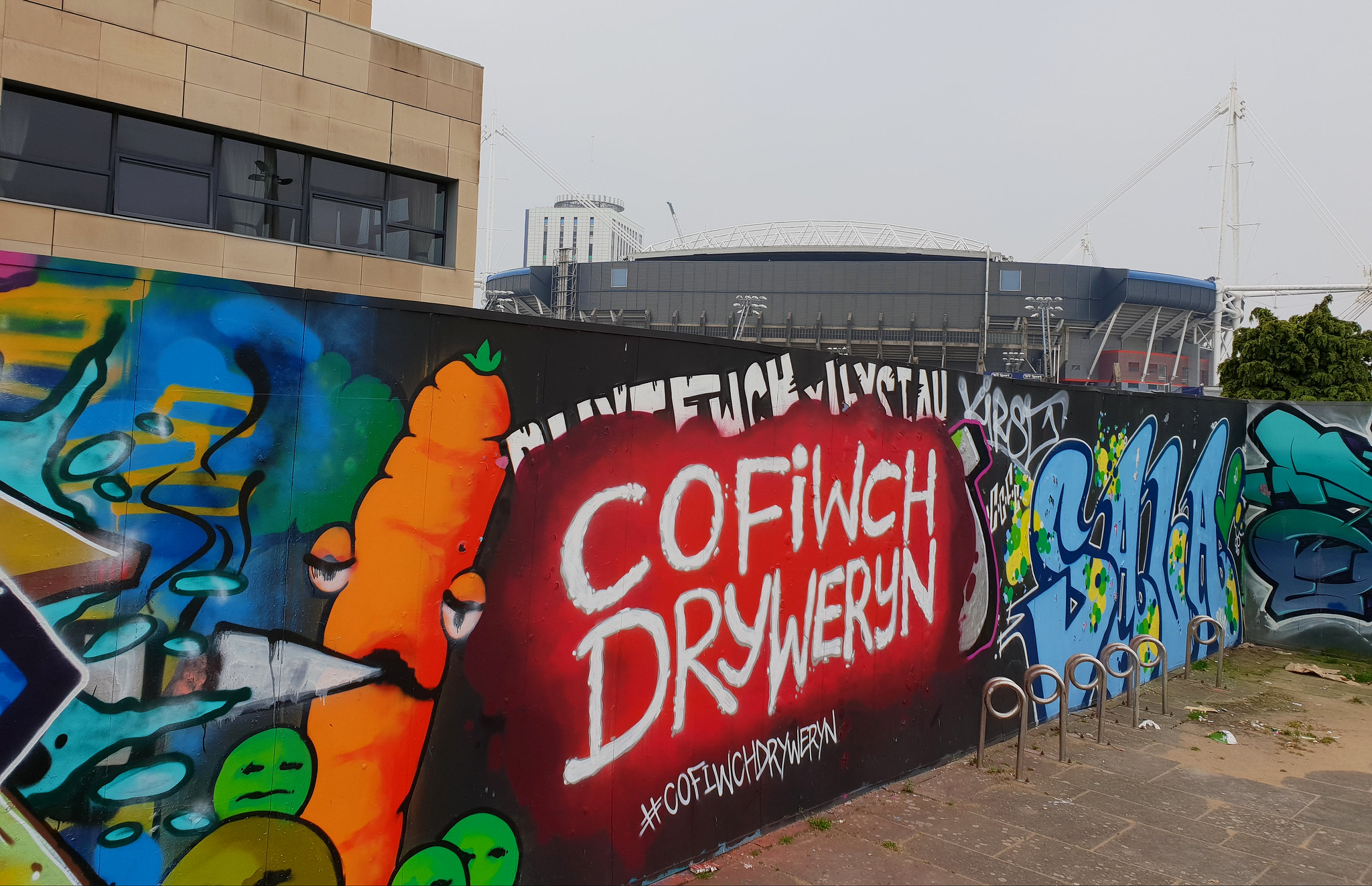 The two word message asks the viewer to remember the Tryweryn Valley at a time when it was about to be flooded, but over the years it has also come to represent defiance, militancy or cultural tensions to people on both sides of the Welsh nationalism debate.

This one popping up in Cardiff has been the latest of many that have appeared across the whole country this year.

We are loving seeing all these new #CofiwchDryweryn murals springing up in every part of 🏴󠁧󠁢󠁷󠁬󠁳󠁿.
One in every village, town and city would be great!
And then we can start on new #IndyWales #Annibyniaeth artwork to go alongside it ✊ pic.twitter.com/CtIbJwtK3p