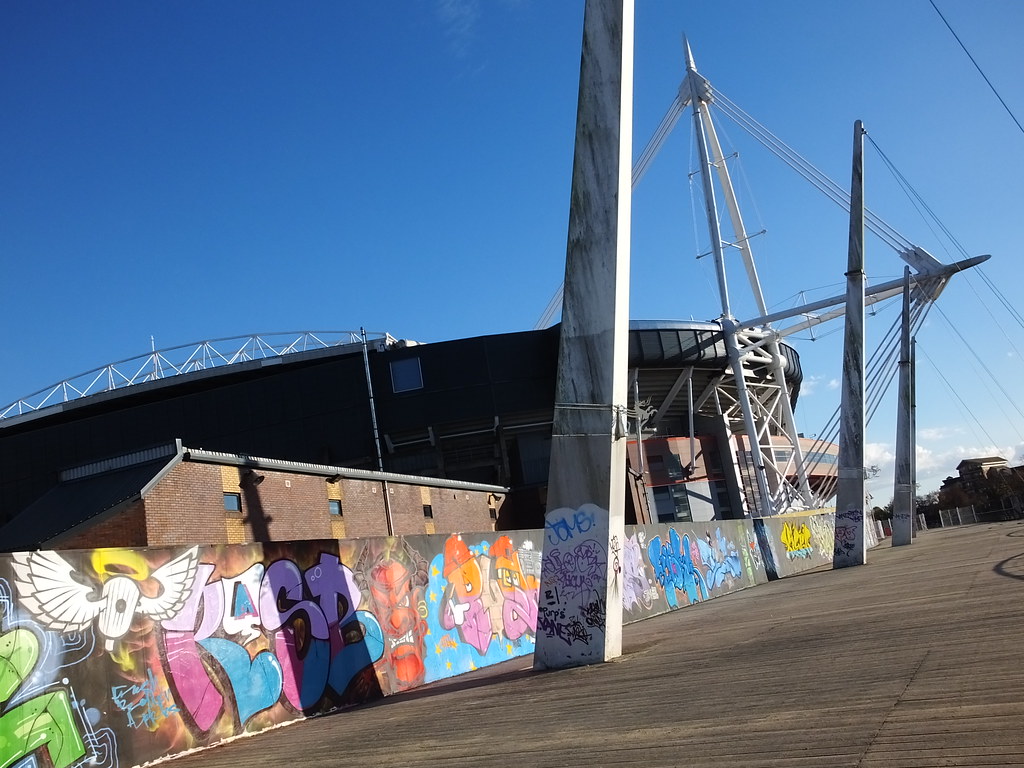 Straight after Cardiff’s Millennium Walkway got it’s latest makeover in the Taffside paint jam – it wasn’t too long before a few more additions popped up too!

Reflecting the recent change in weather the first character donned a pair of wellington boots and was armed with an umbrella to battle the elements. 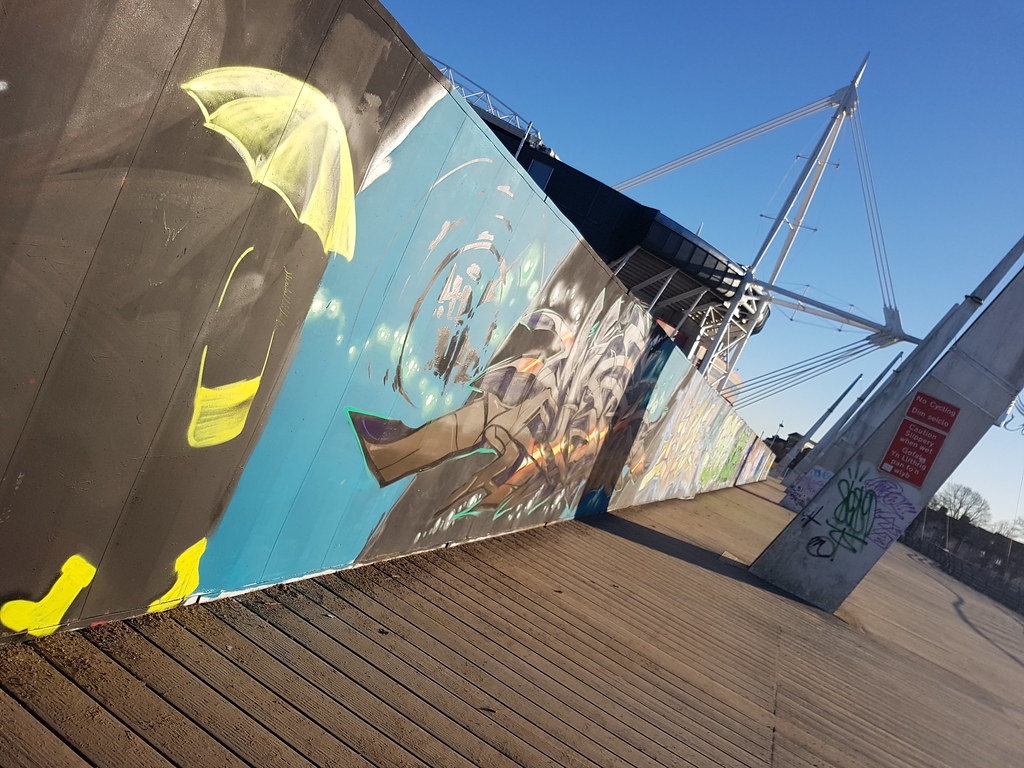 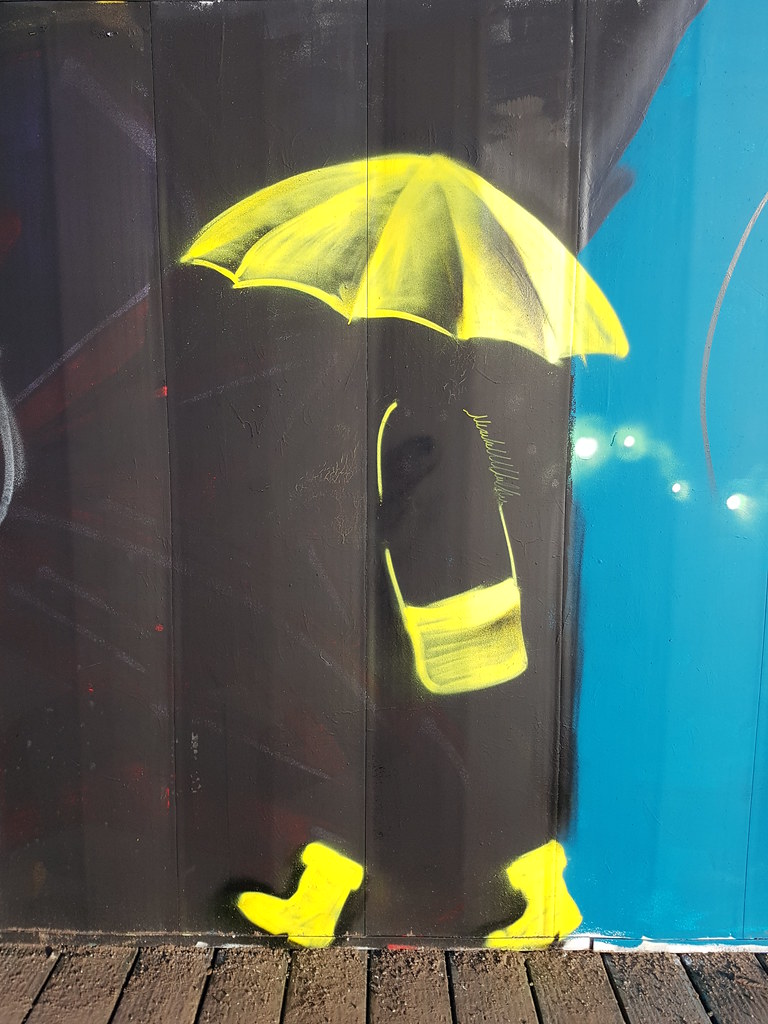 Simple yellow blocks of colour paint the whole picture with some drips blown almost horizontally to give the impression of it not just being wet but also very windy. (More on this later!) 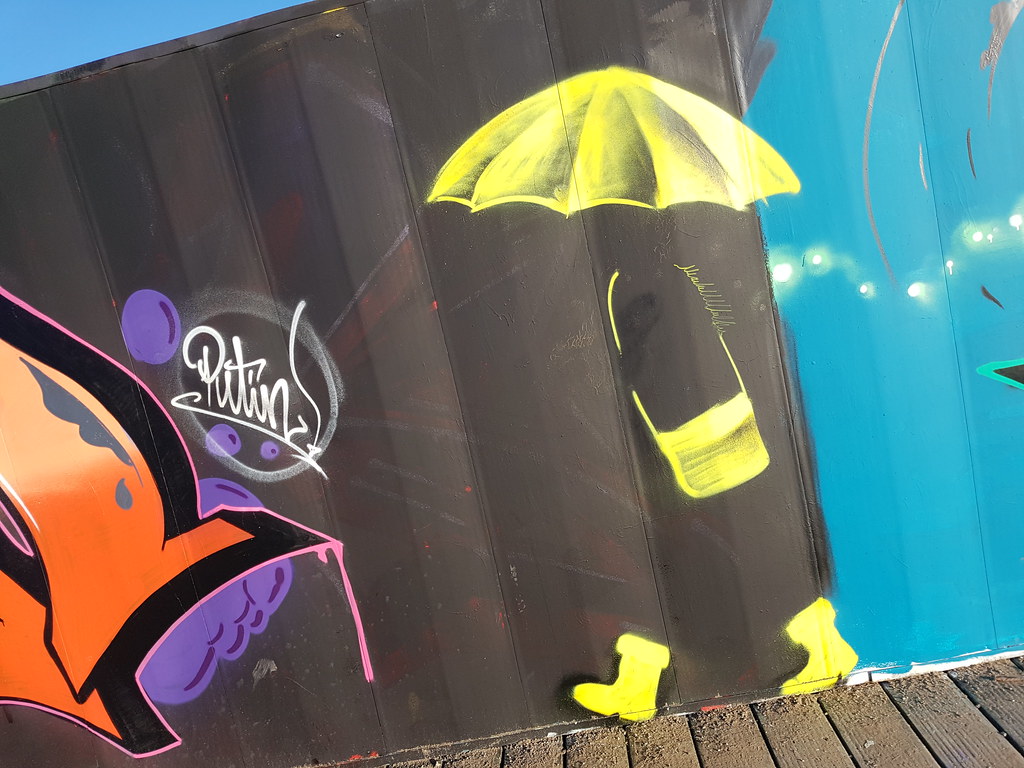 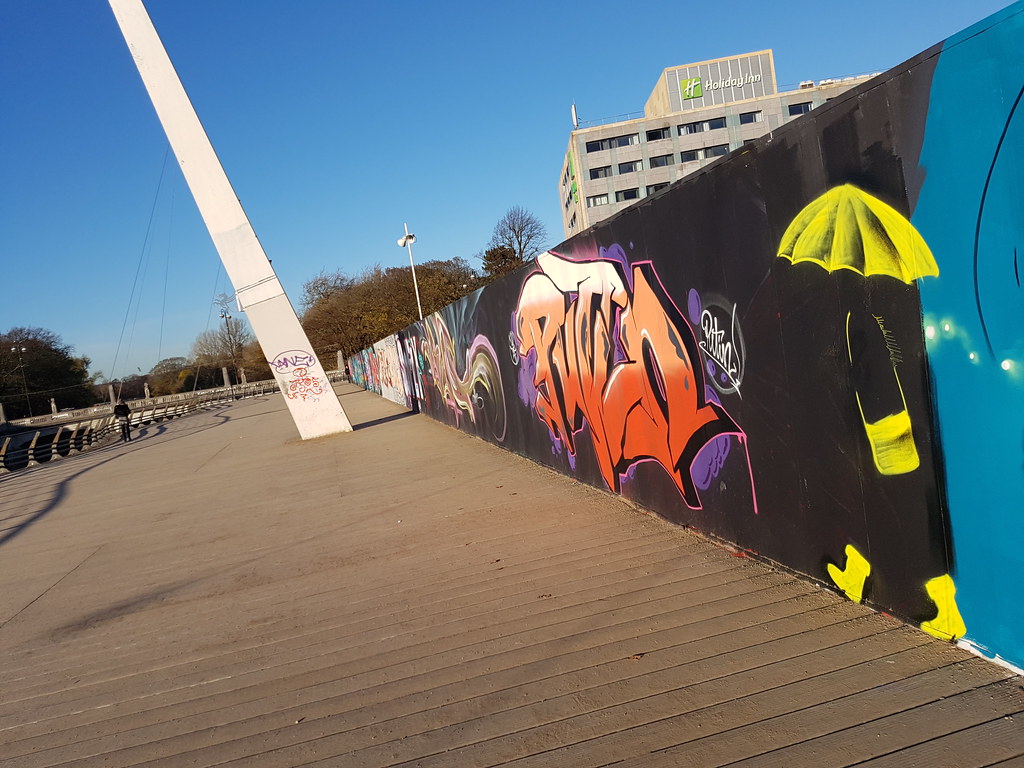 Whereas the next yellow character could’ve come dressed for the inclement weather but could also be mistaken for a council worker or garbage collector.

It’s not certain whether the character has just sprayed the yellow squiggle or is attempting to remove it as it seems other bits have been blacked out to the left which makes it look like it could’ve been dripping quite a bit too! 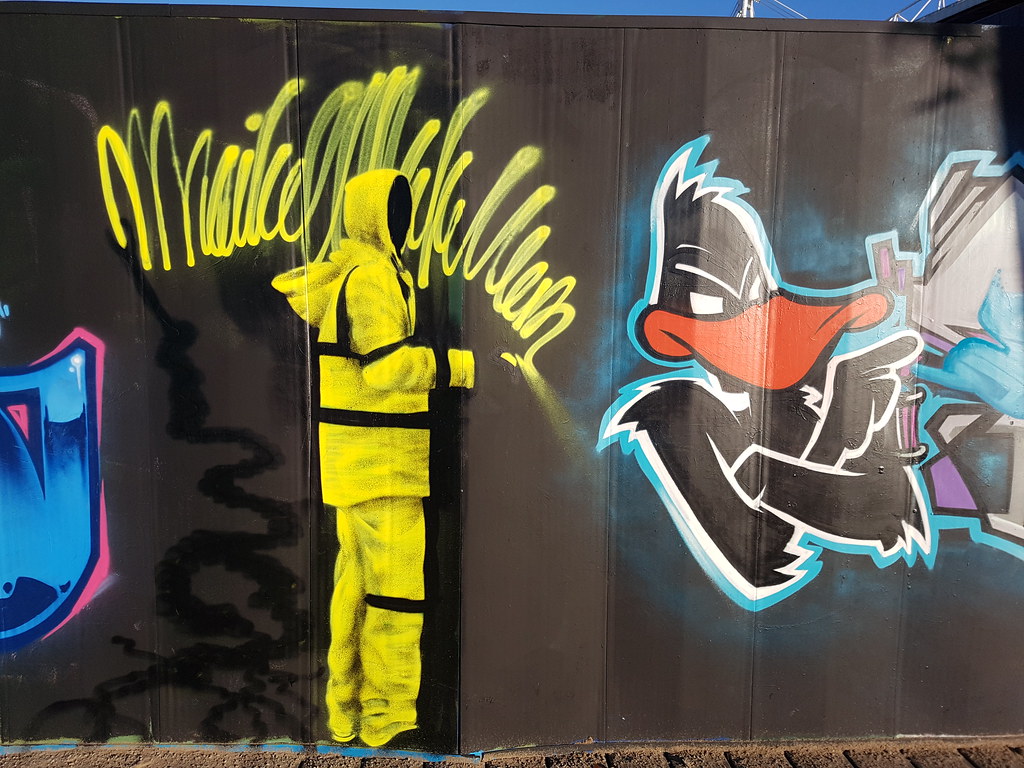 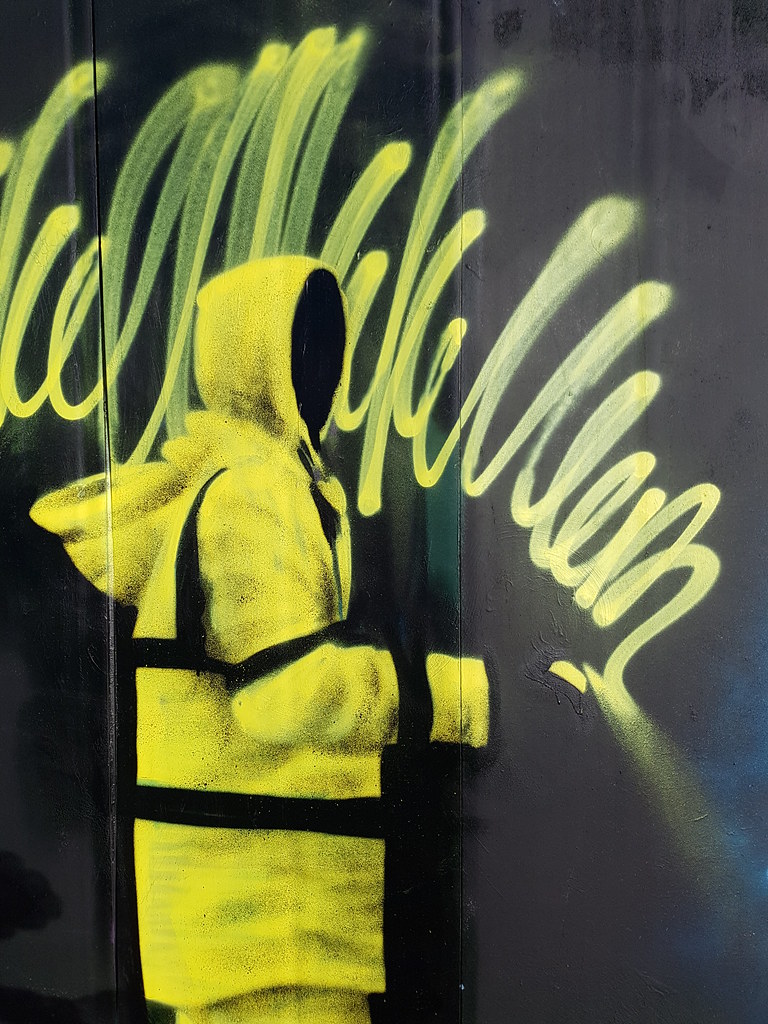 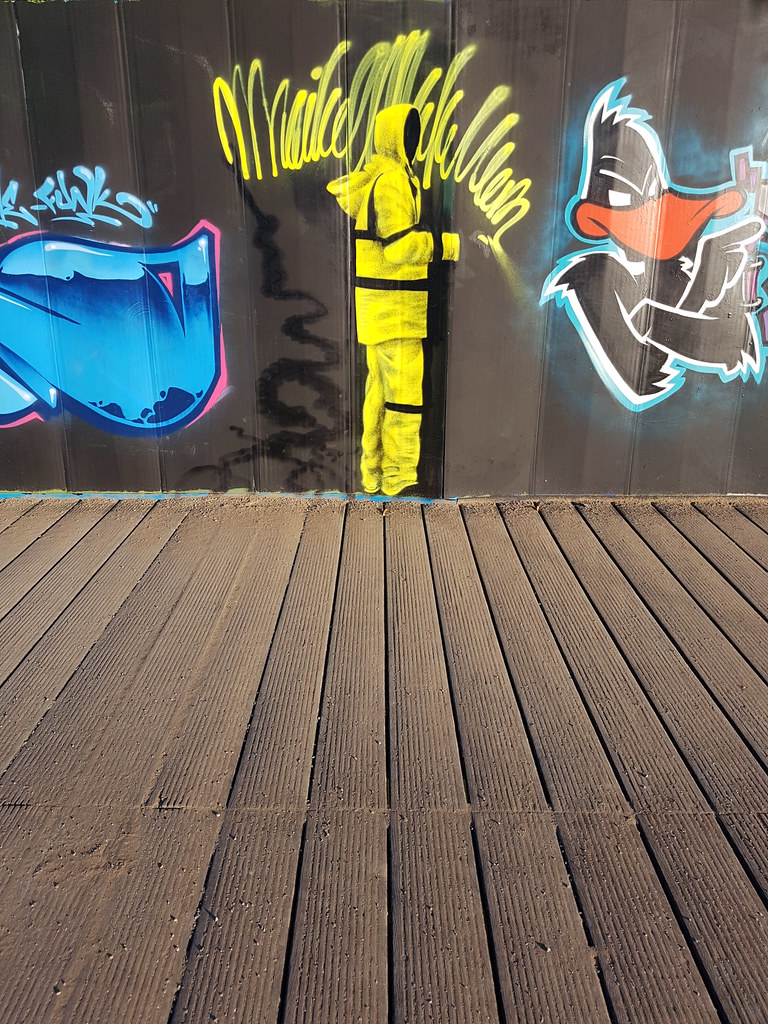 Yellow work has so far been dominent in Maikel’s work and is also used here in his third yellow character, a fox, painted at ground level as it attempts to navigate the soggy environment.

Street lights are painted and reflect in the water with a small puddle nearby. 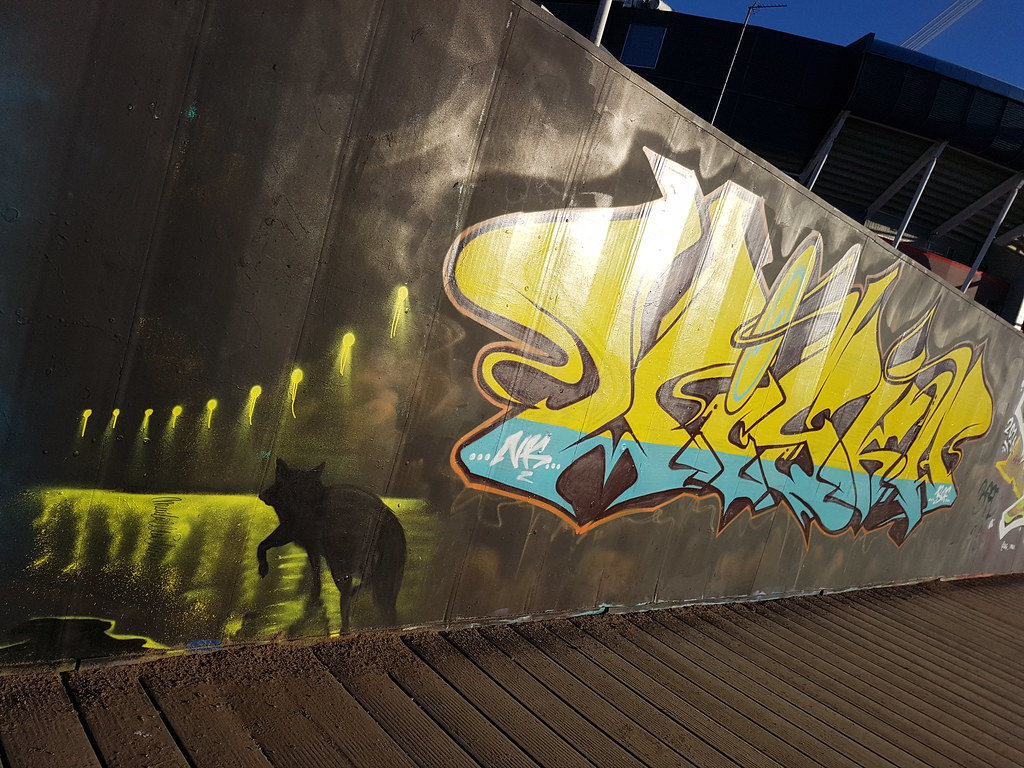 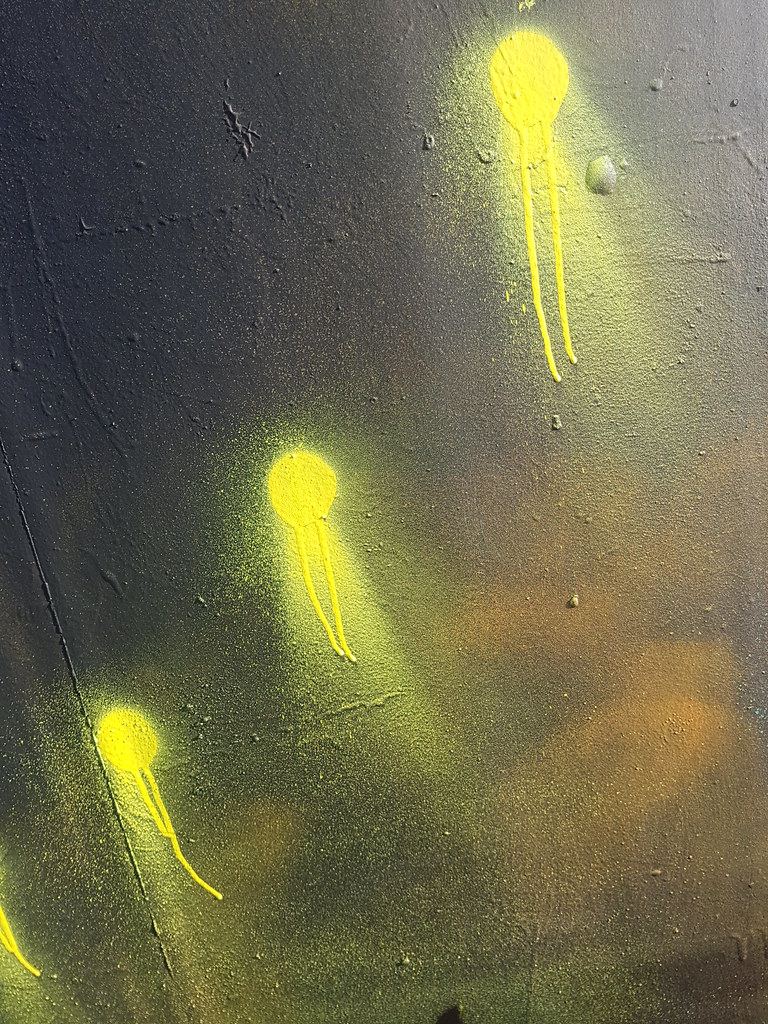 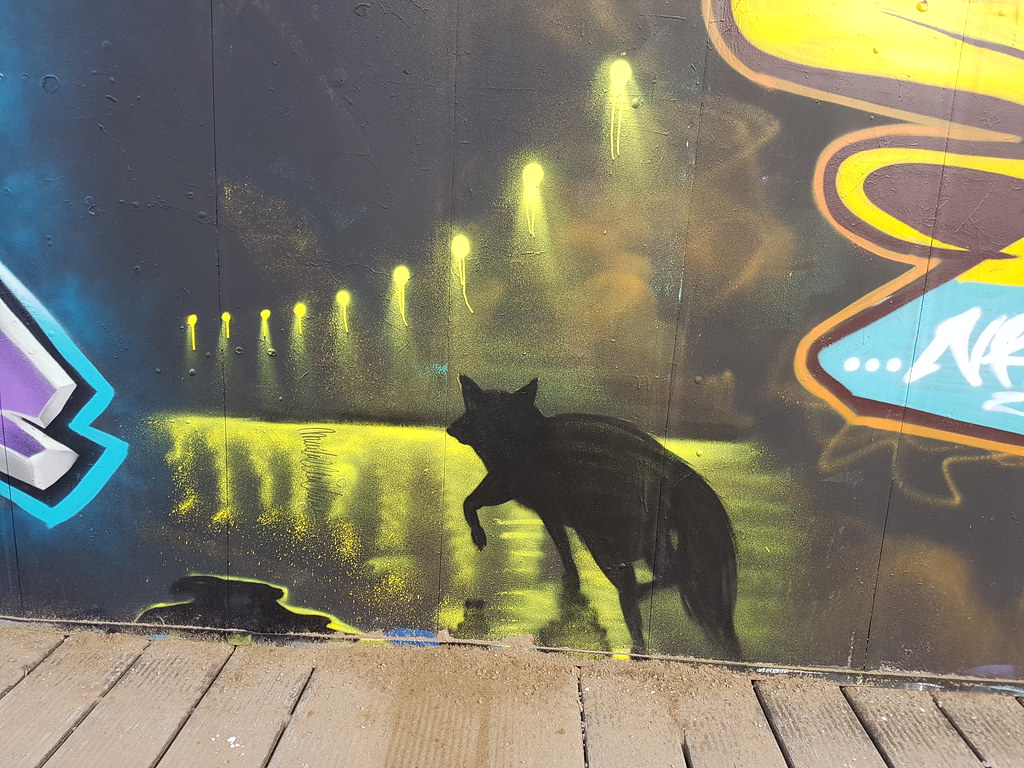 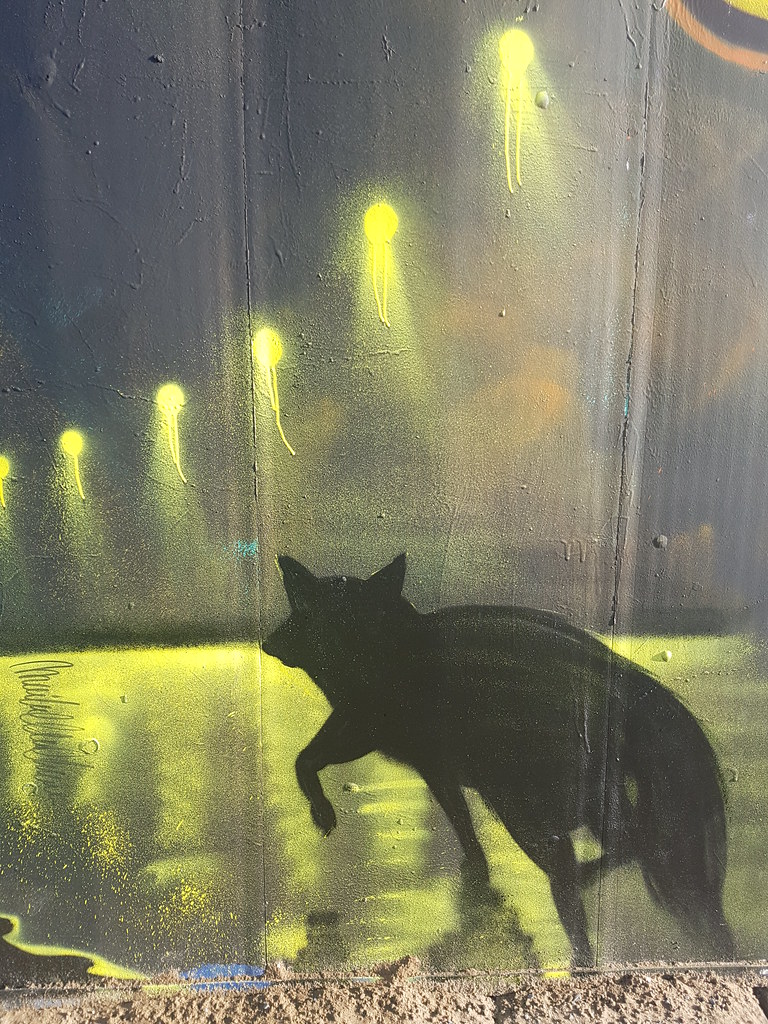 In his work Maikel usually signs his name somewhere and it’s apparent here on the left hand side of the piece featuring the fox above.

Whereas the huge ‘squiggle’ below is actually his name as are the wind blown drips on the bag. 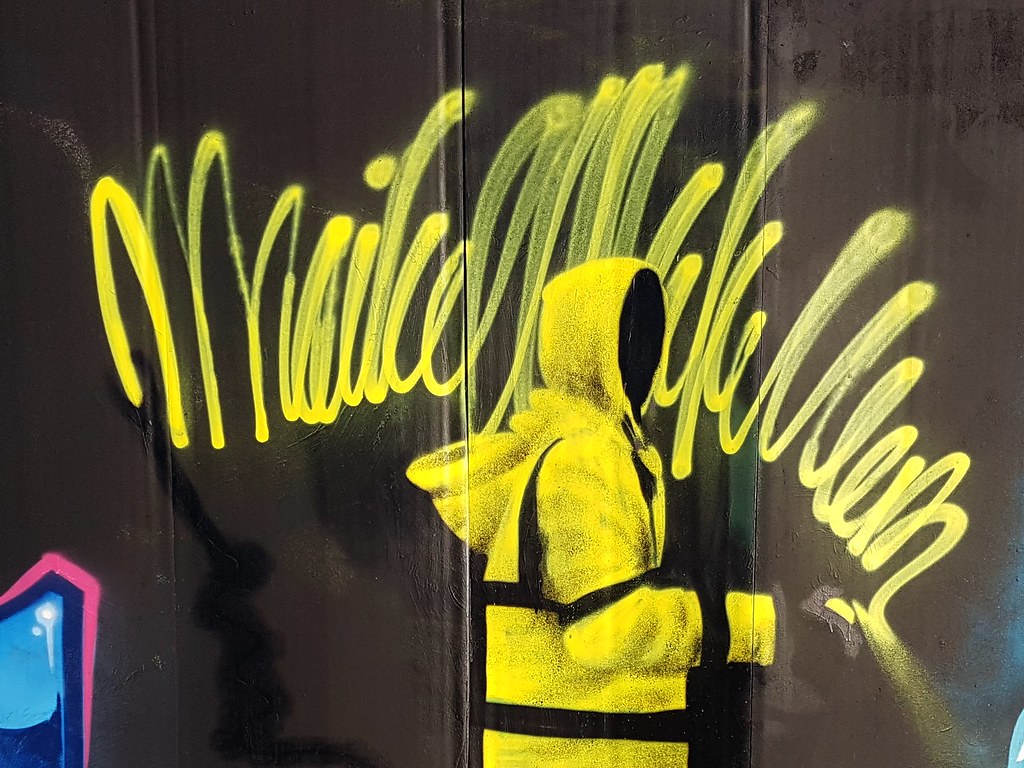 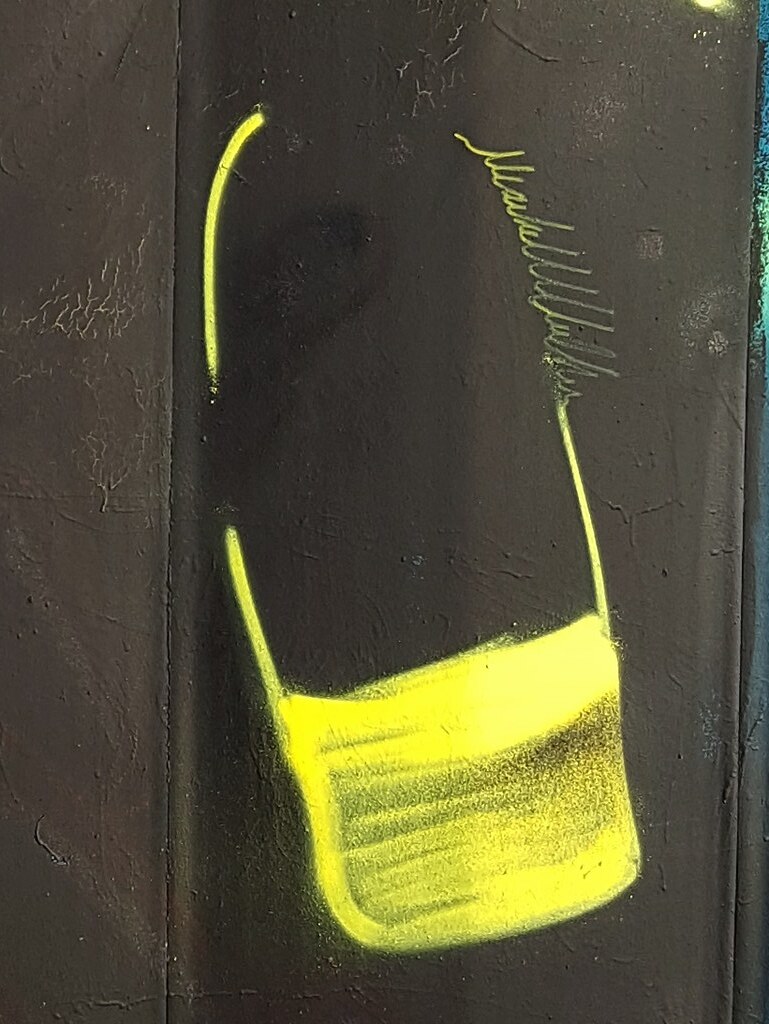