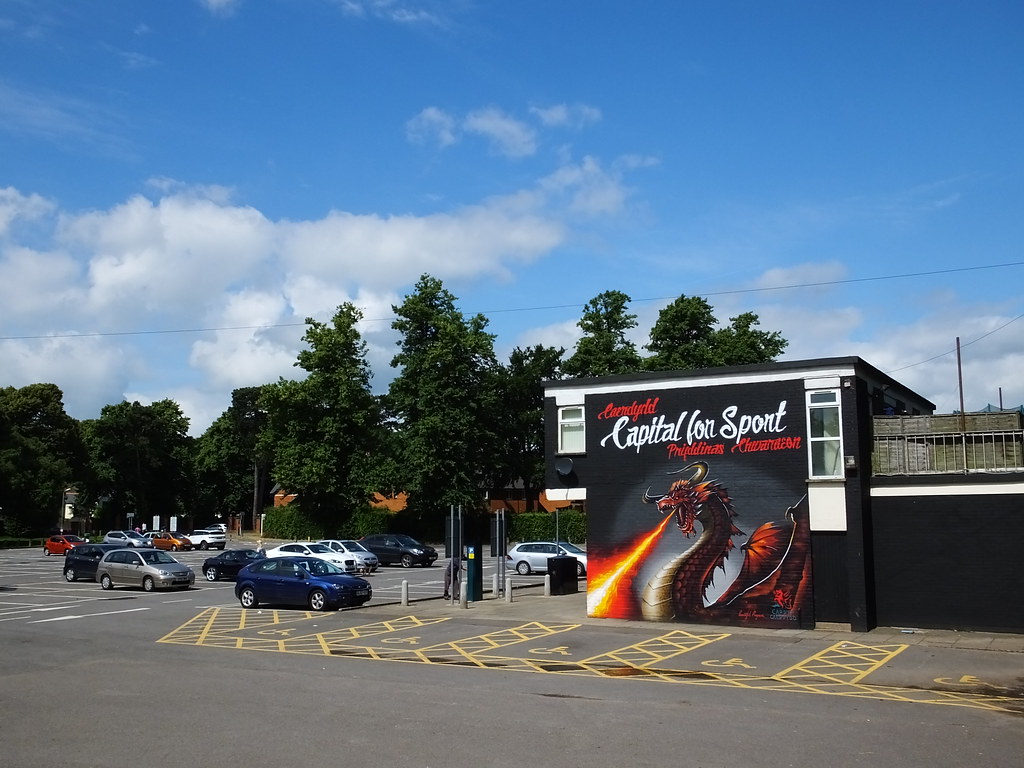 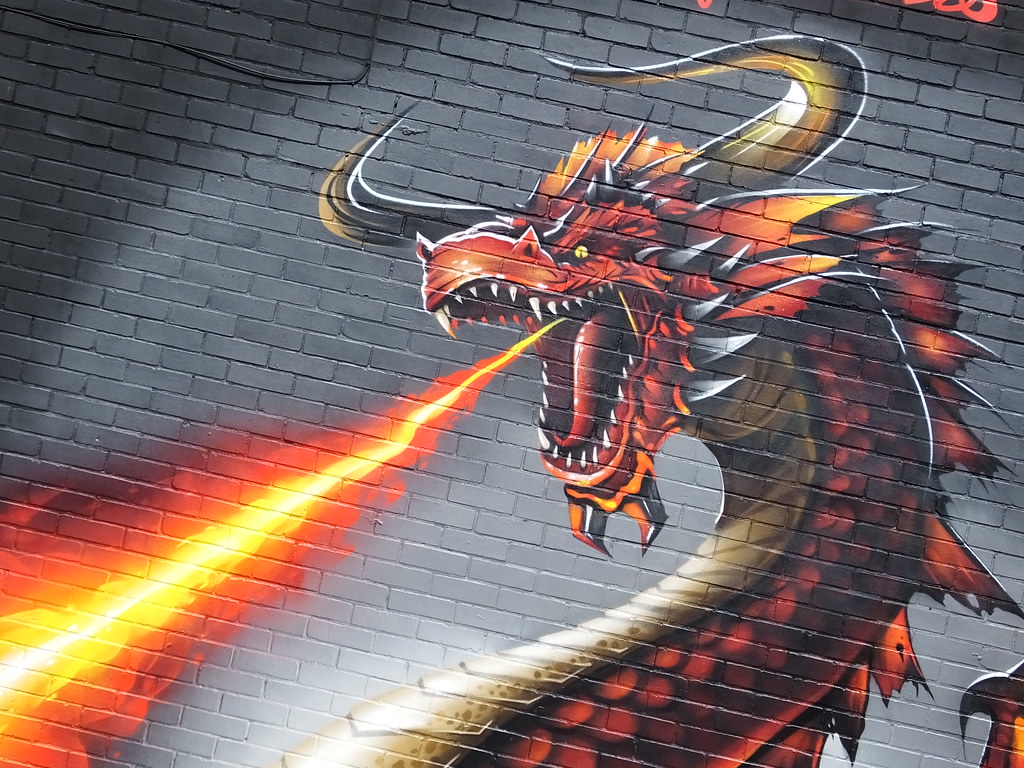 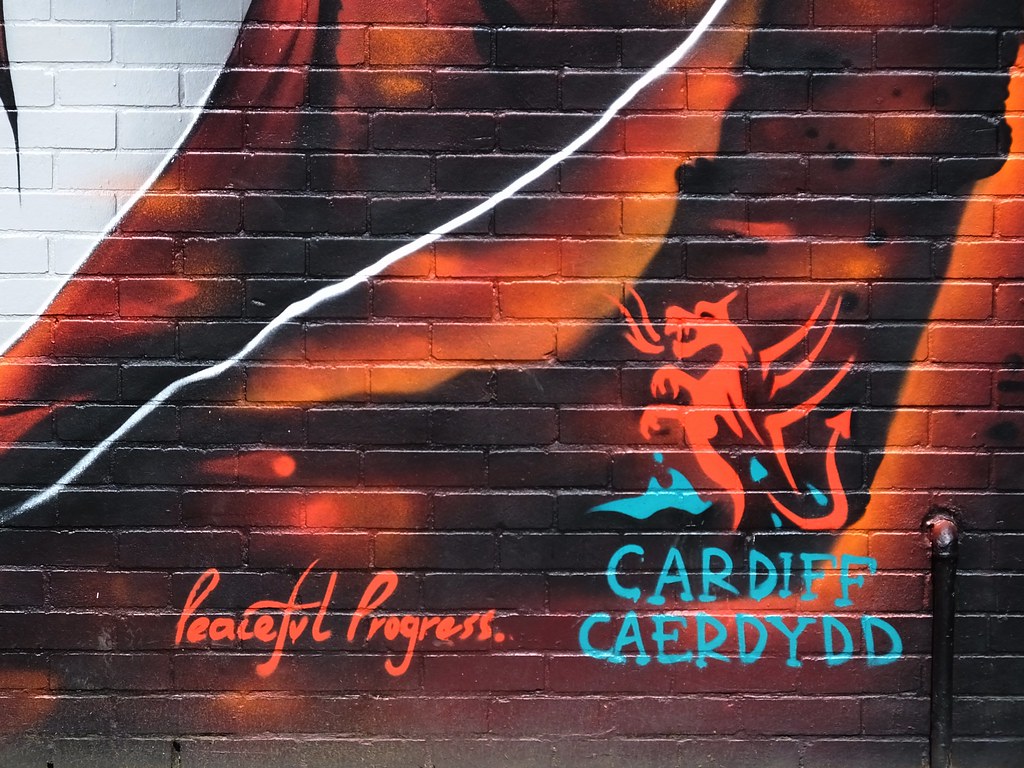 The ageing changing rooms at Pontcanna Fields in Cardiff have recently been updated by local artist Peaceful Progress whom previously painted this fantastic dragon on one side.
Click the link to see more about the Dragon here :- https://diffgraff.wordpress.com/sporting-the-dragon/

On another side of the black building the artist has now continued the commission from Cardiff Council to carry on the ‘Capital for Sport’ branding which features a few high profile sporting stars from the city. 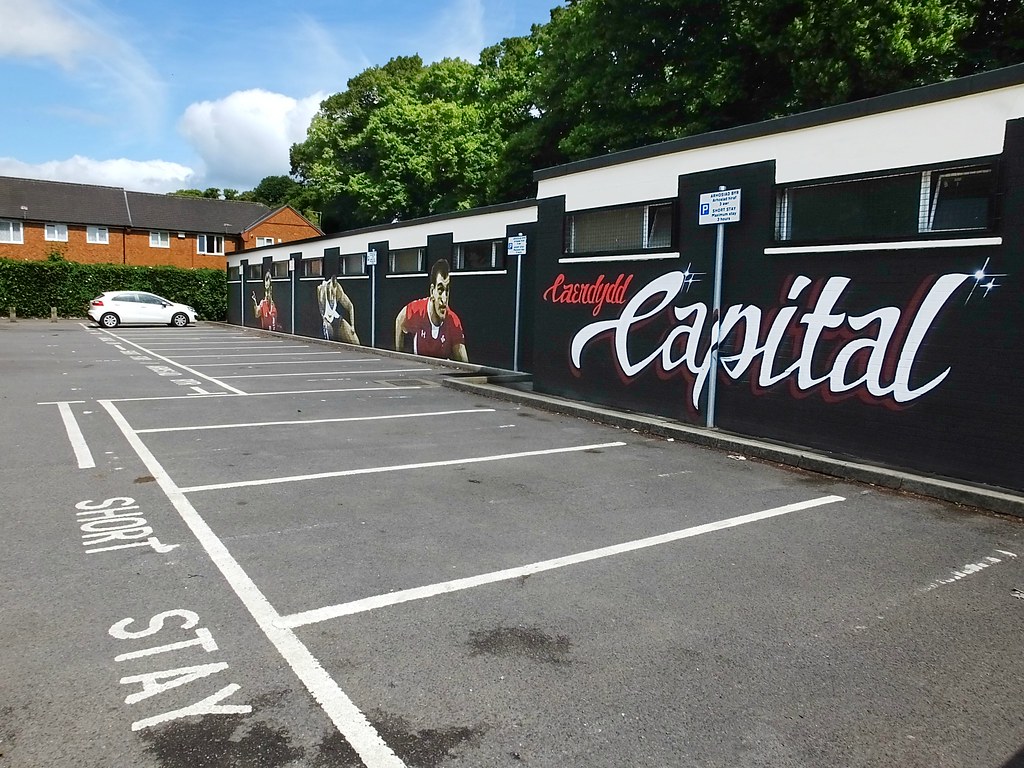 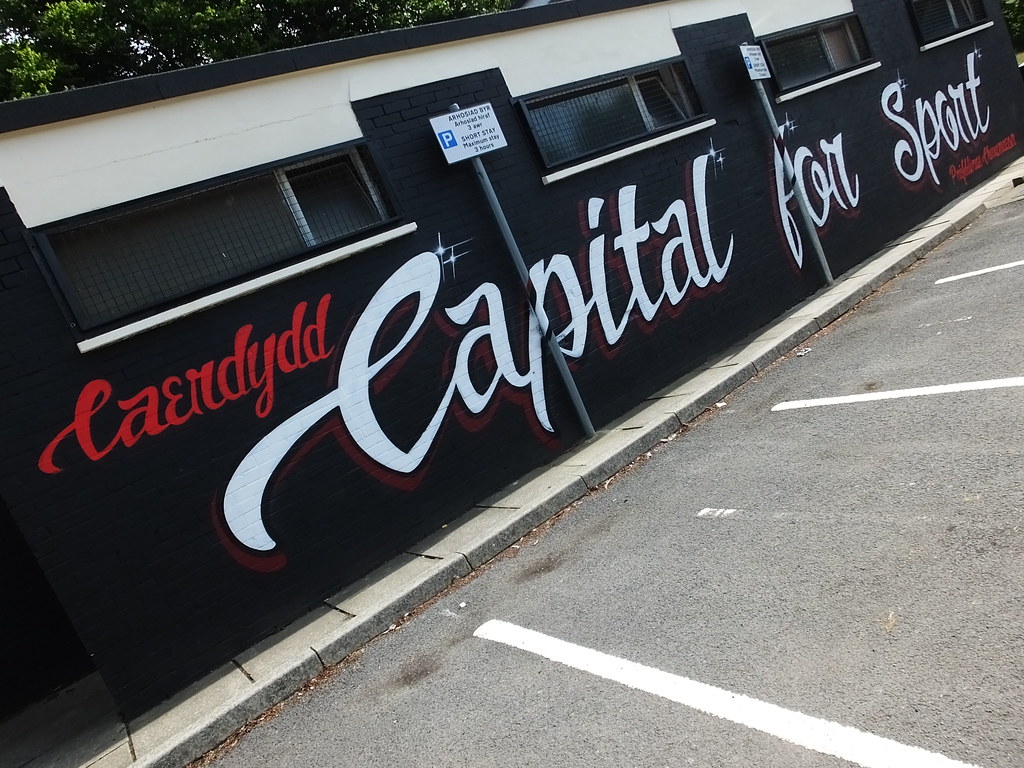 The artist posted the first day of painting on his Instagram account which began in some very wet weather conditions but perservered over the following days with the sporting stars.

And they don’t get much bigger than the world’s most expensive football player Gareth Bale along with Sam Warburton and Colin Jackson. 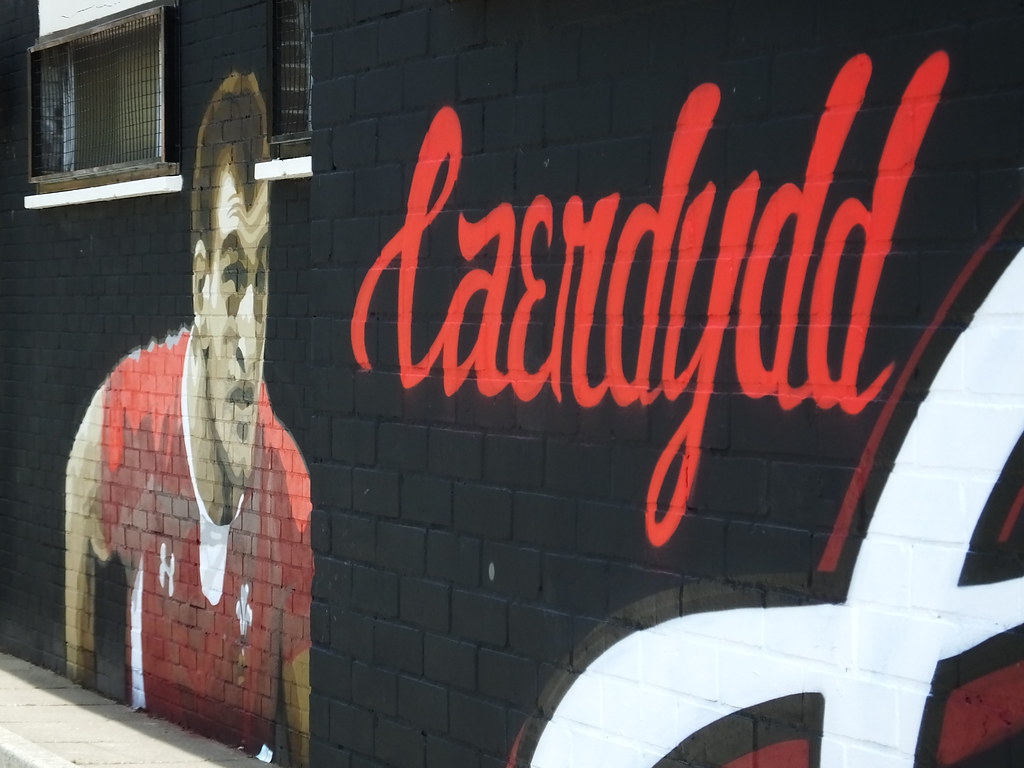 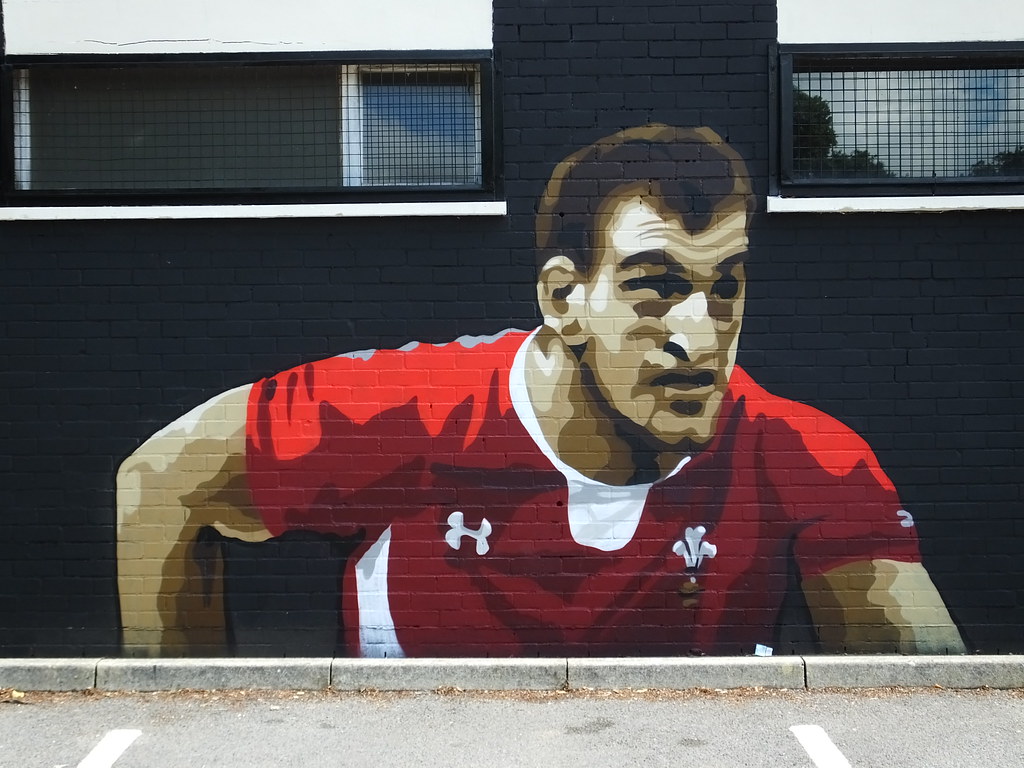 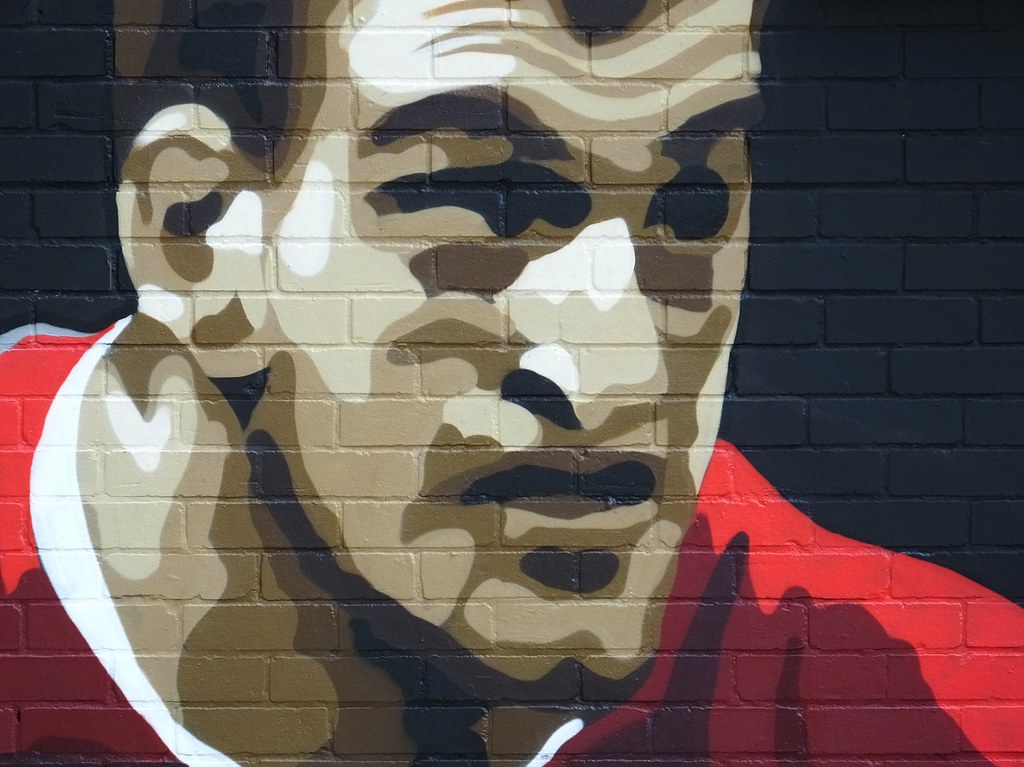 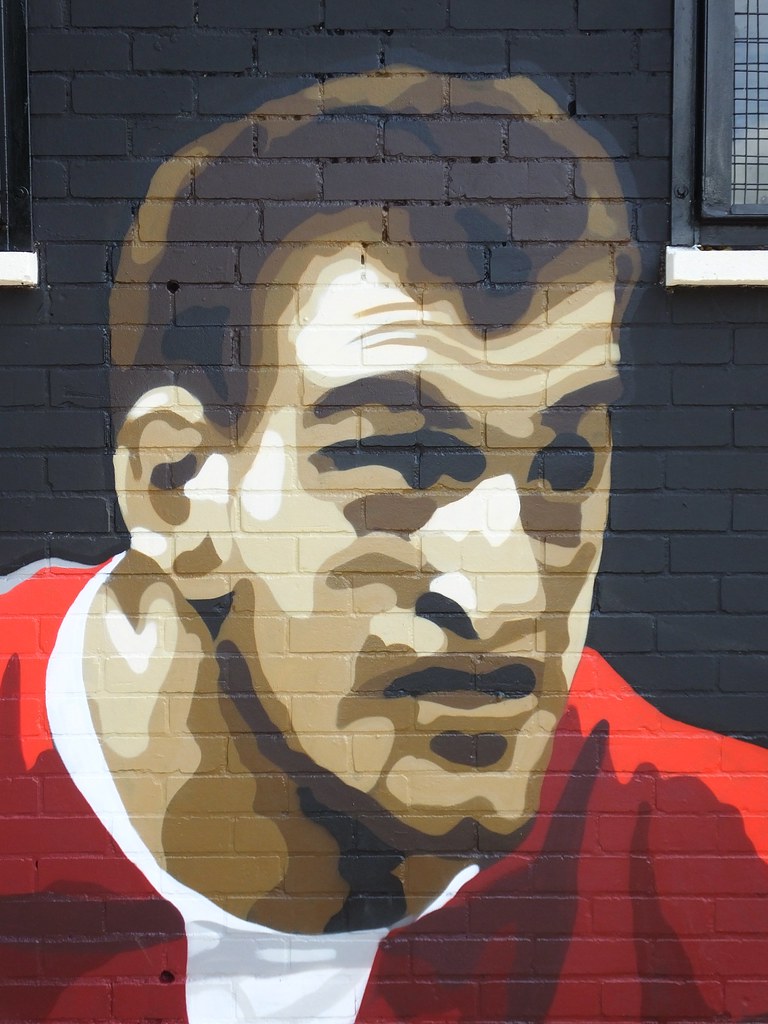 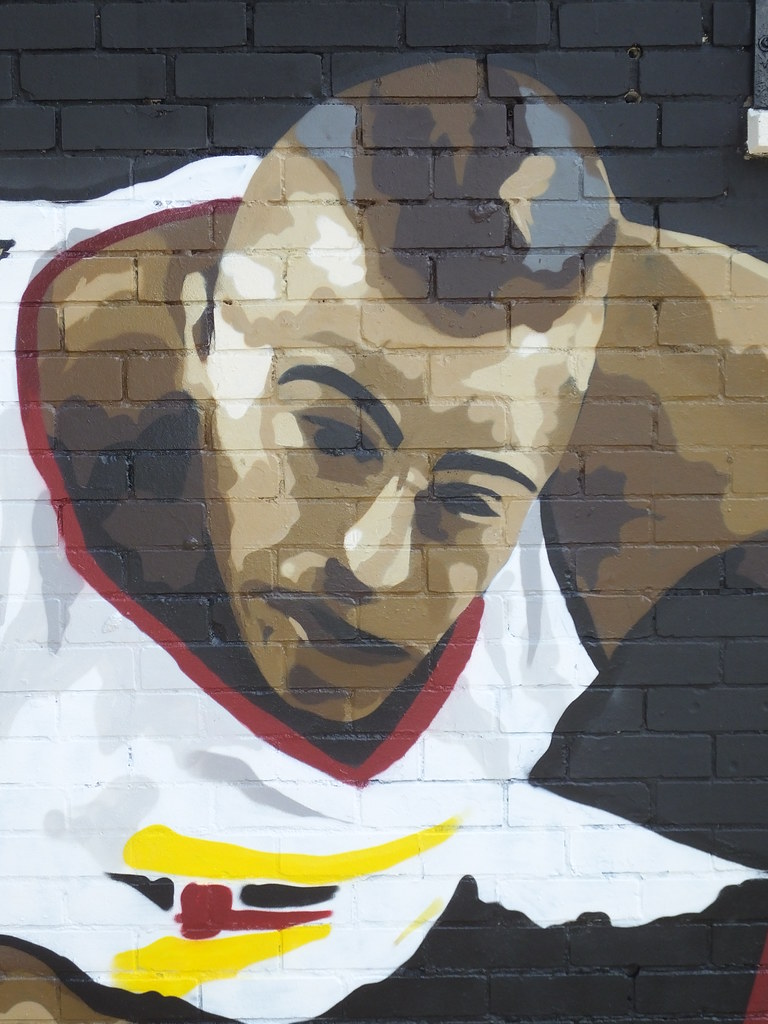 Departing from his usual style here Peaceful Progress has used a ‘painting by numbers’ style but still capturing the essence of each sporting star superbly. 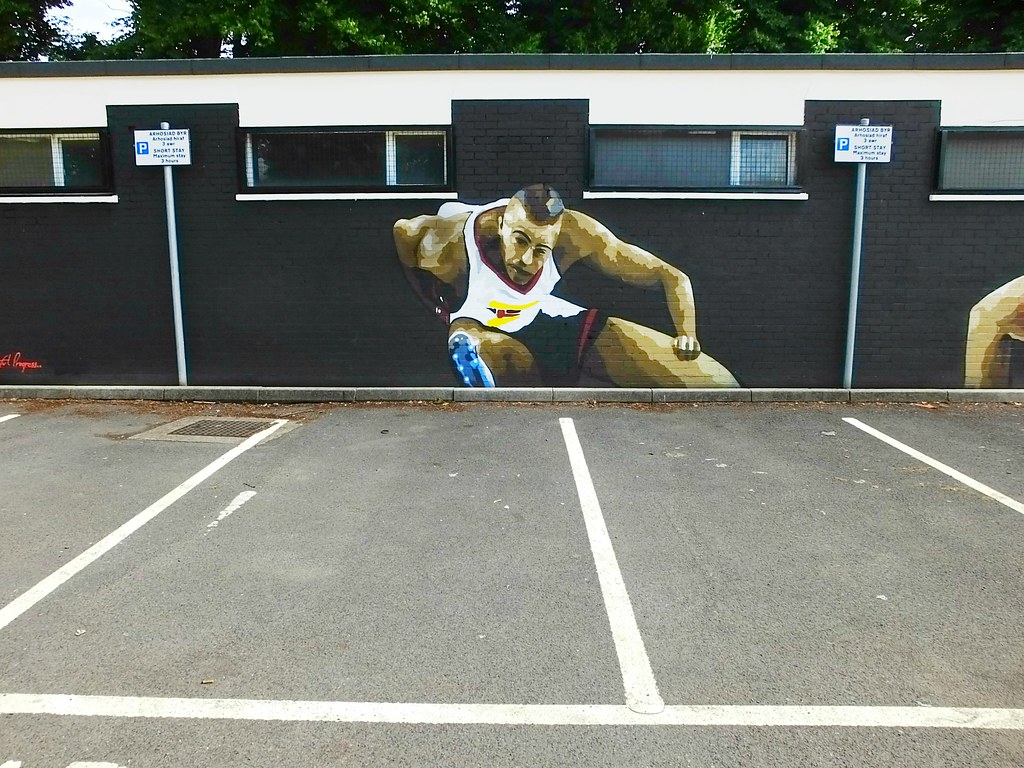 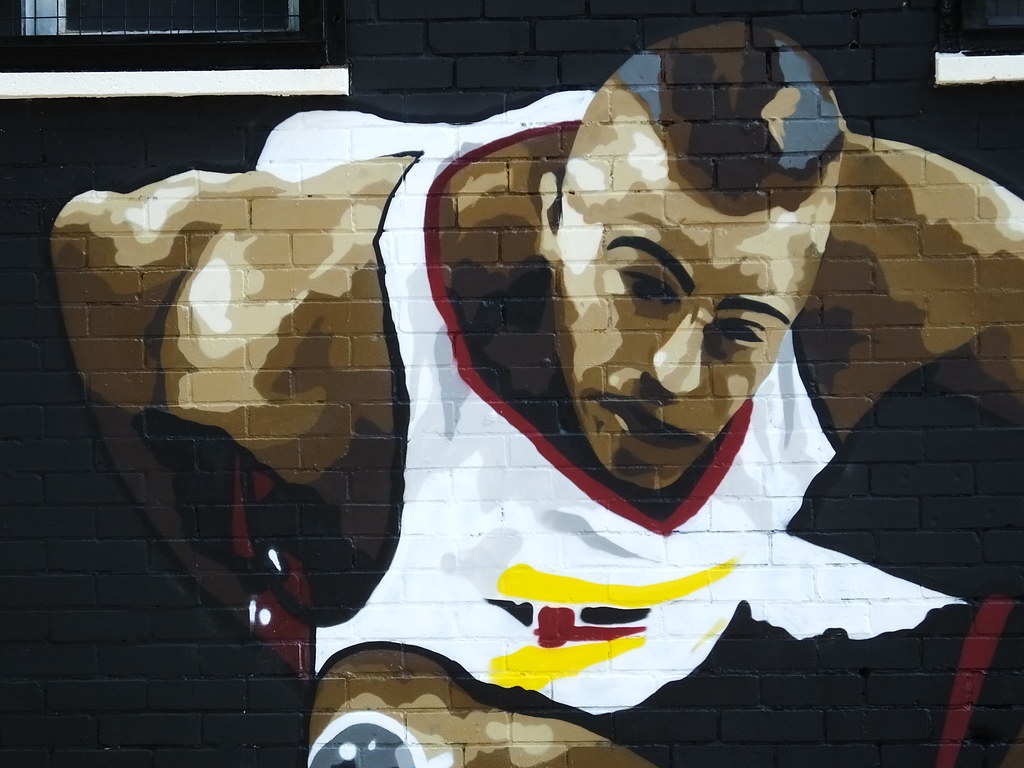 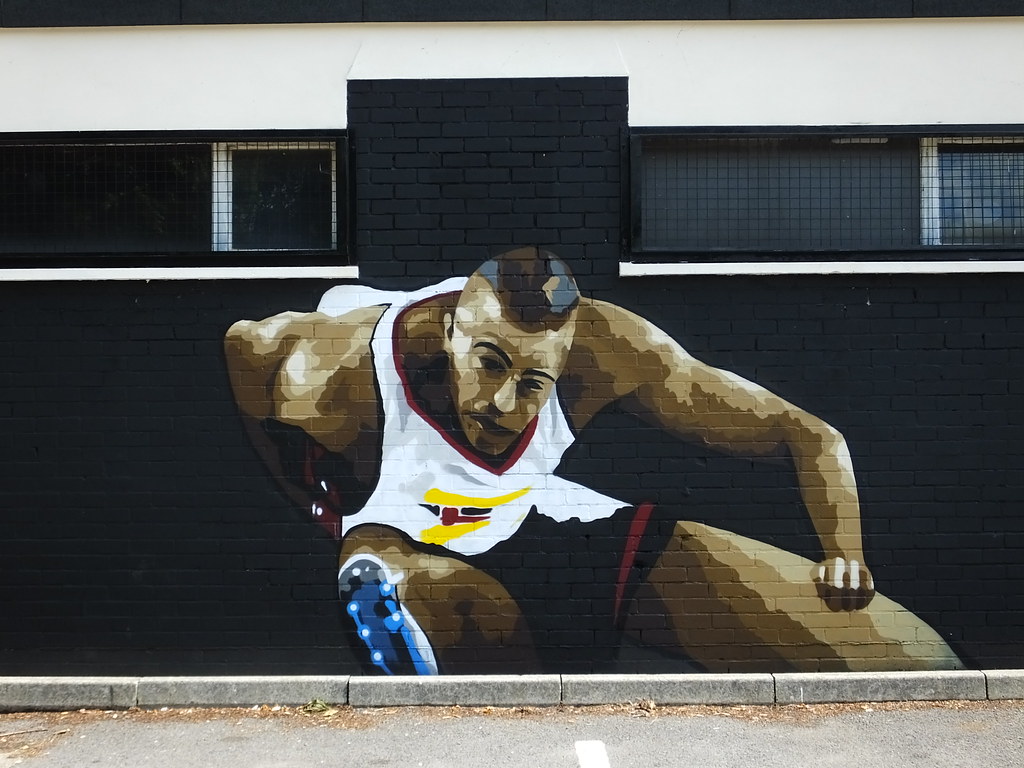 And then the creme de la creme and Cardiff’s most successful and high profile sporting star – Gareth Bale.

Proudly sporting the Wales badge, his number 11, Adidas and Euro 2016 branding ….. oh and the man bun! 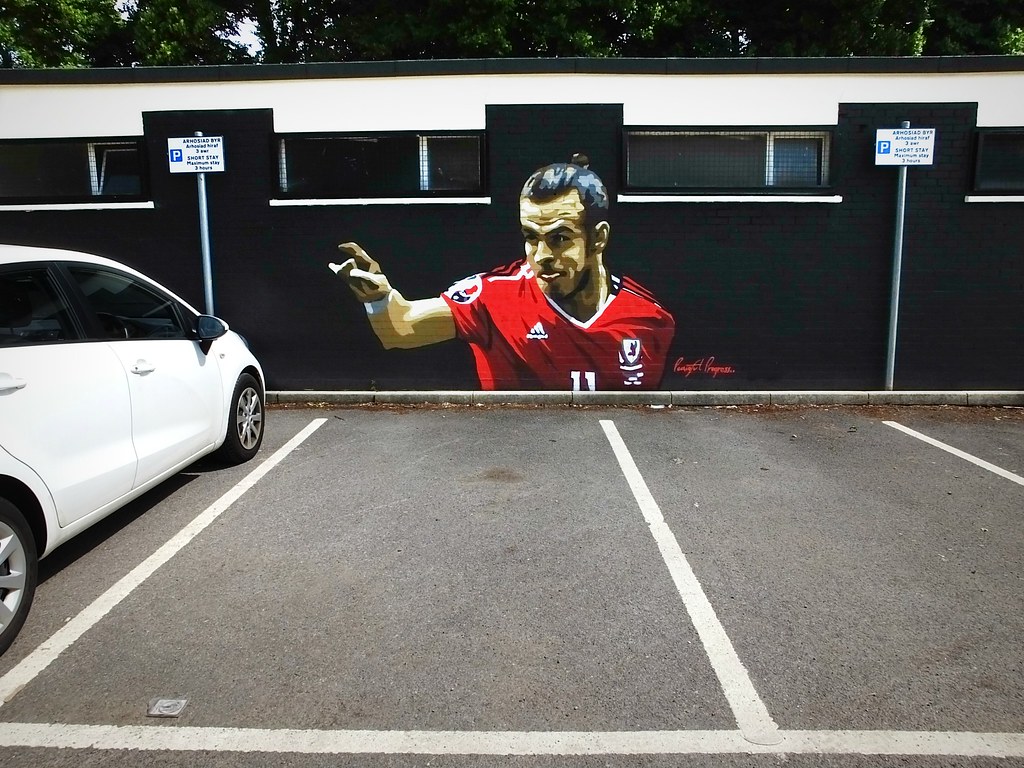 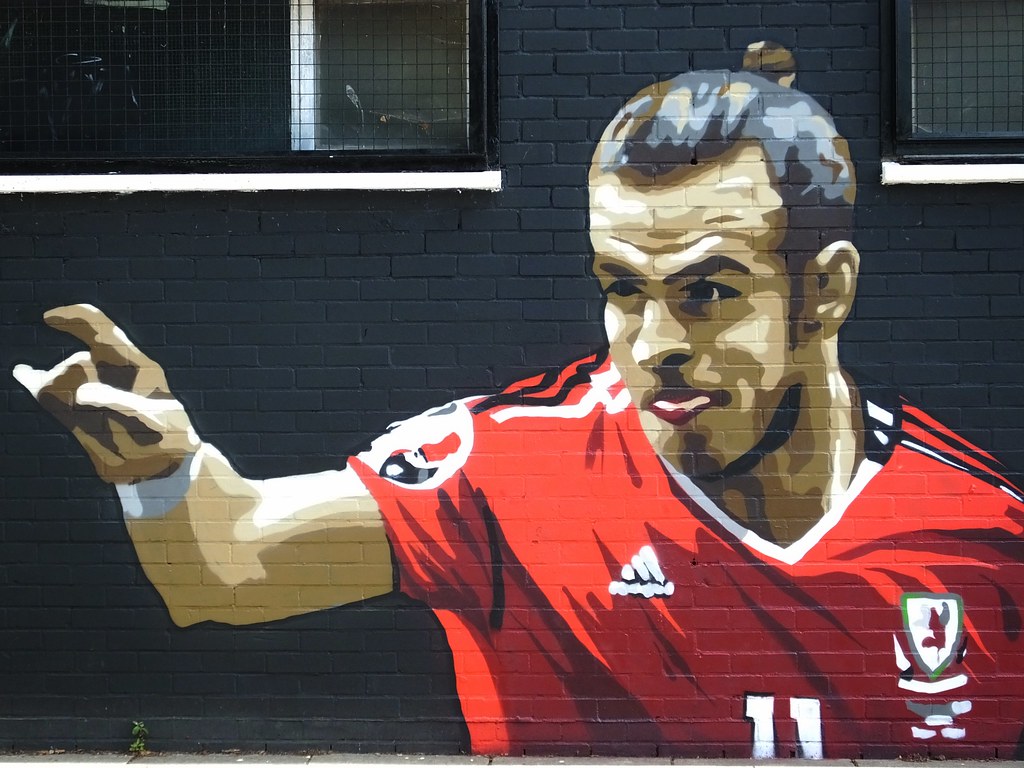 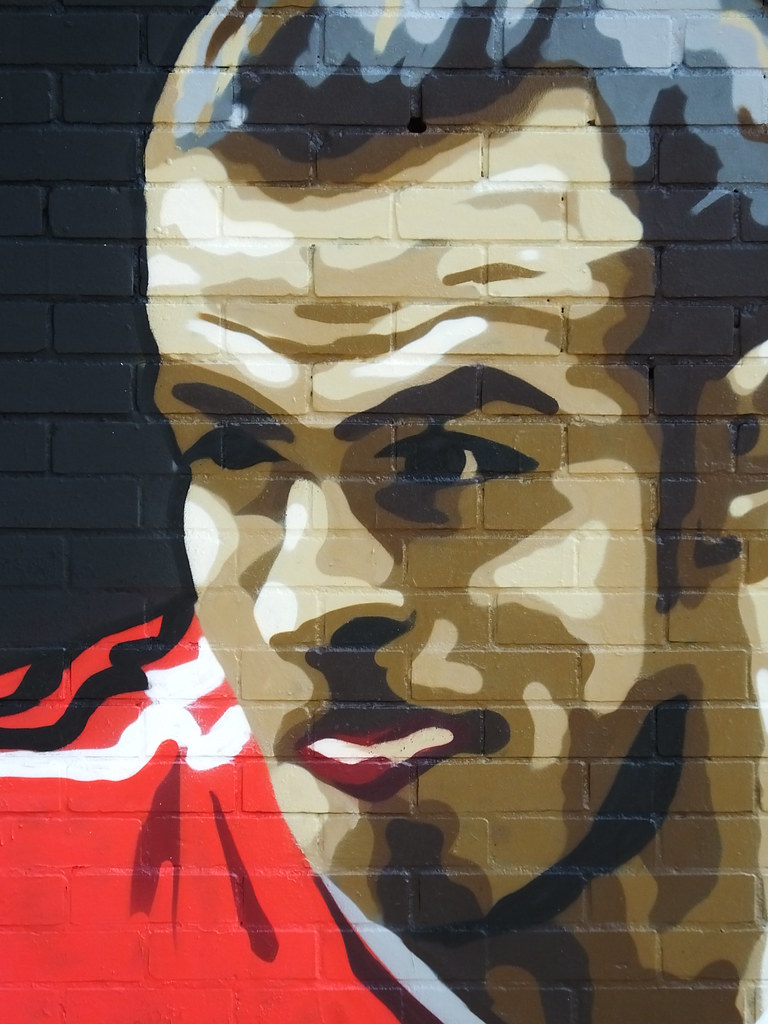 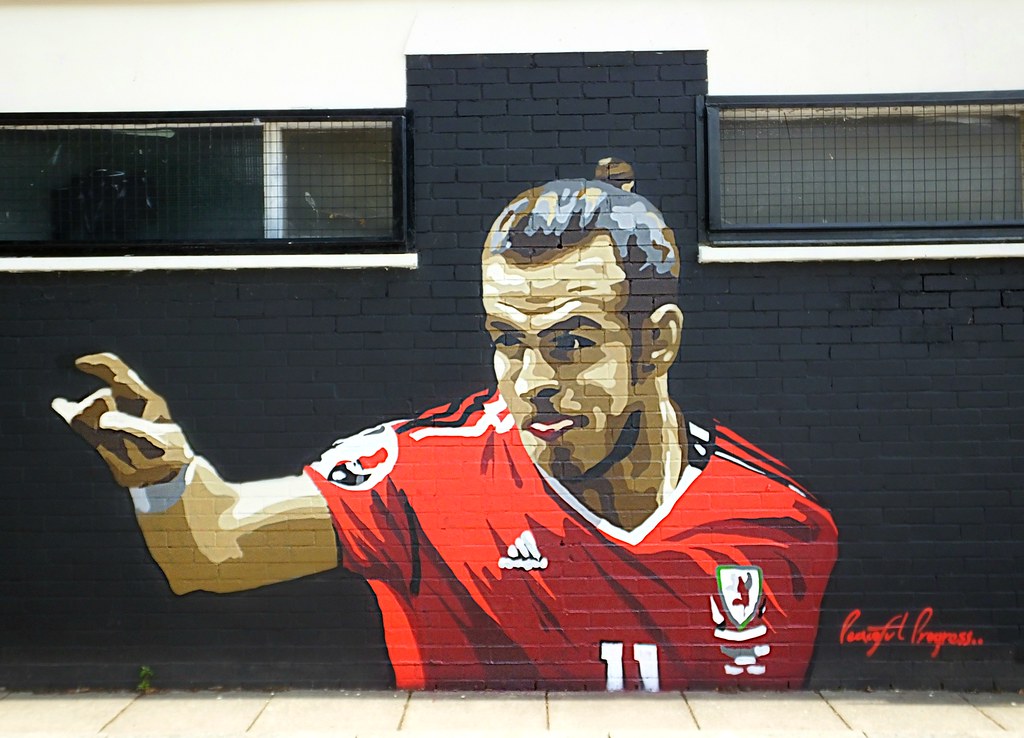 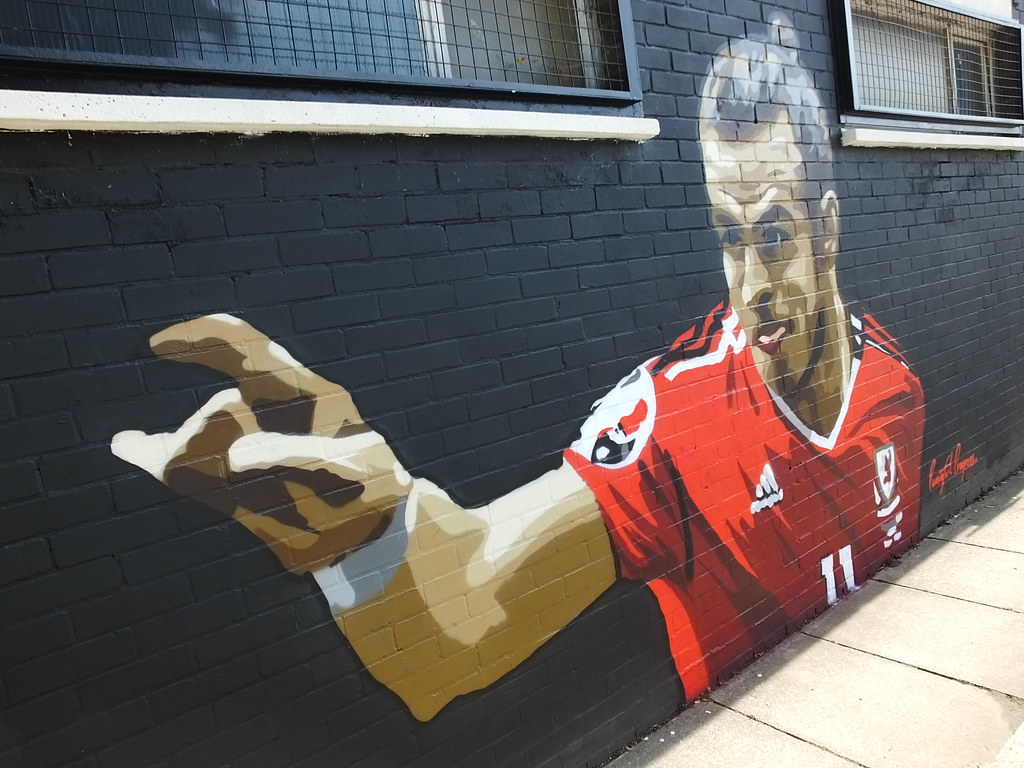 A fantastic line-up of Cardiff born and bred talent and superbly captured for everyone to enjoy as Wales battle on in the Euro 2016 football tournament in France. #togetherstronger 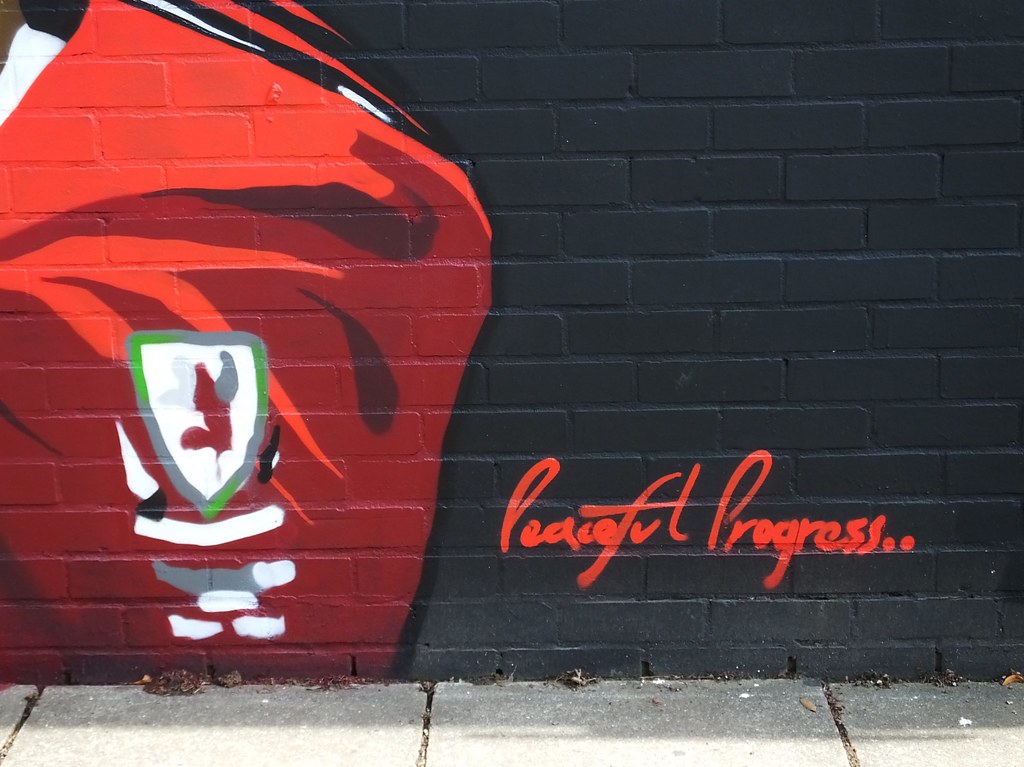