It’s been a rather wet start to the year with loads of people giving up things for no apparent reason – but luckily Cardiff’s street artists arent giving anything up where infact it has been a well and truly wet January with some new wet paint hitting the city’s walls. 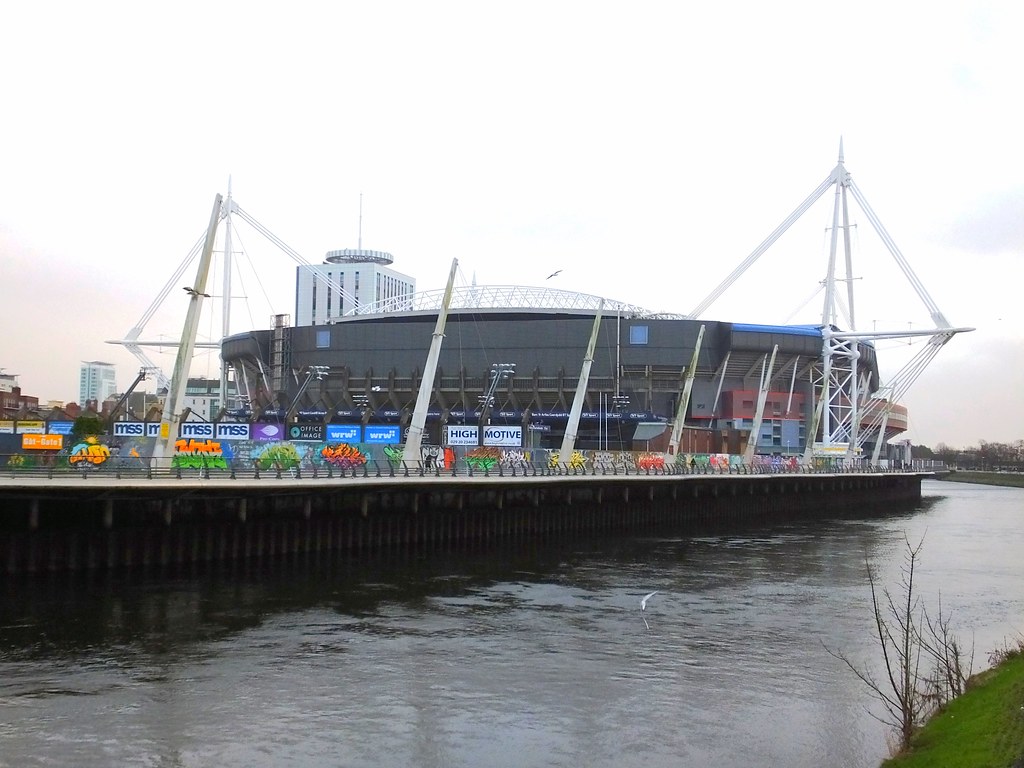 Painting on the Millennium Stadium walkway were artists Sleep and Ceres who updated this now ever changing wall.

Ceres painted in his usual abstract and geometric style with simple fill in patterns like lines, dots and drips. 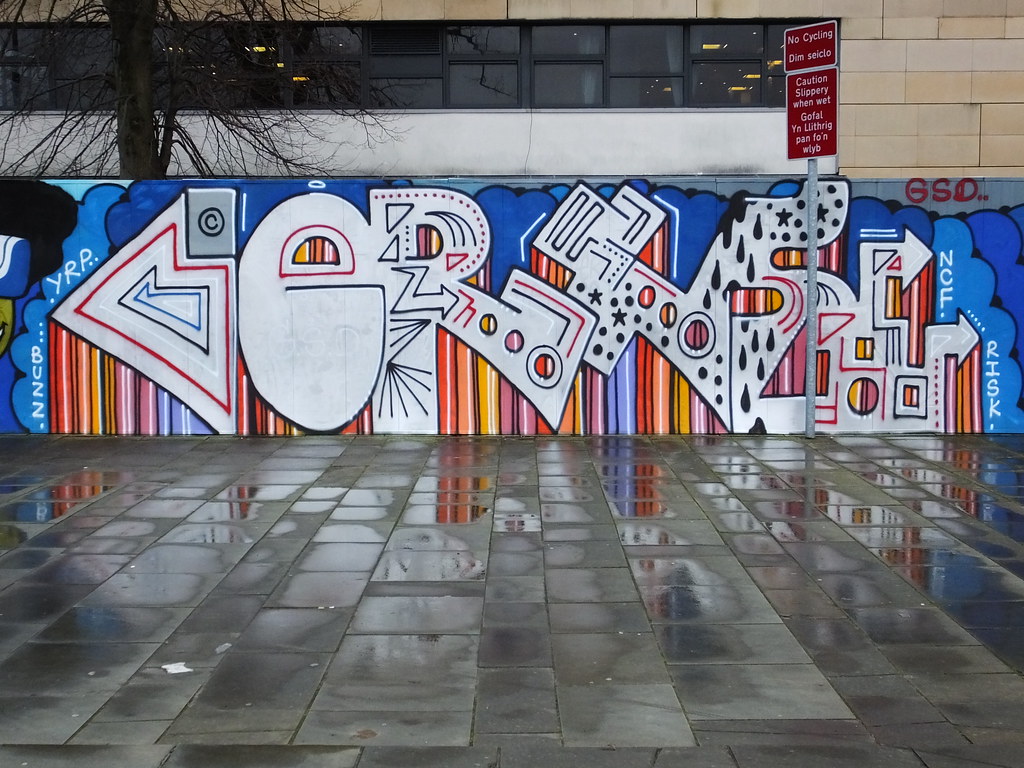 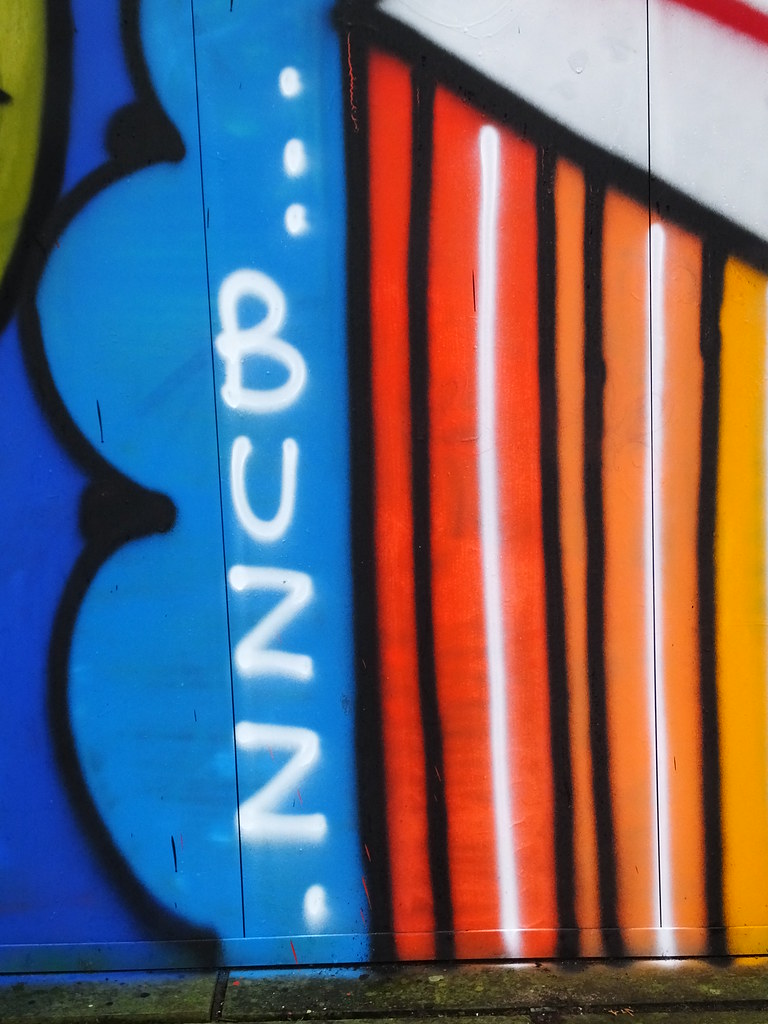 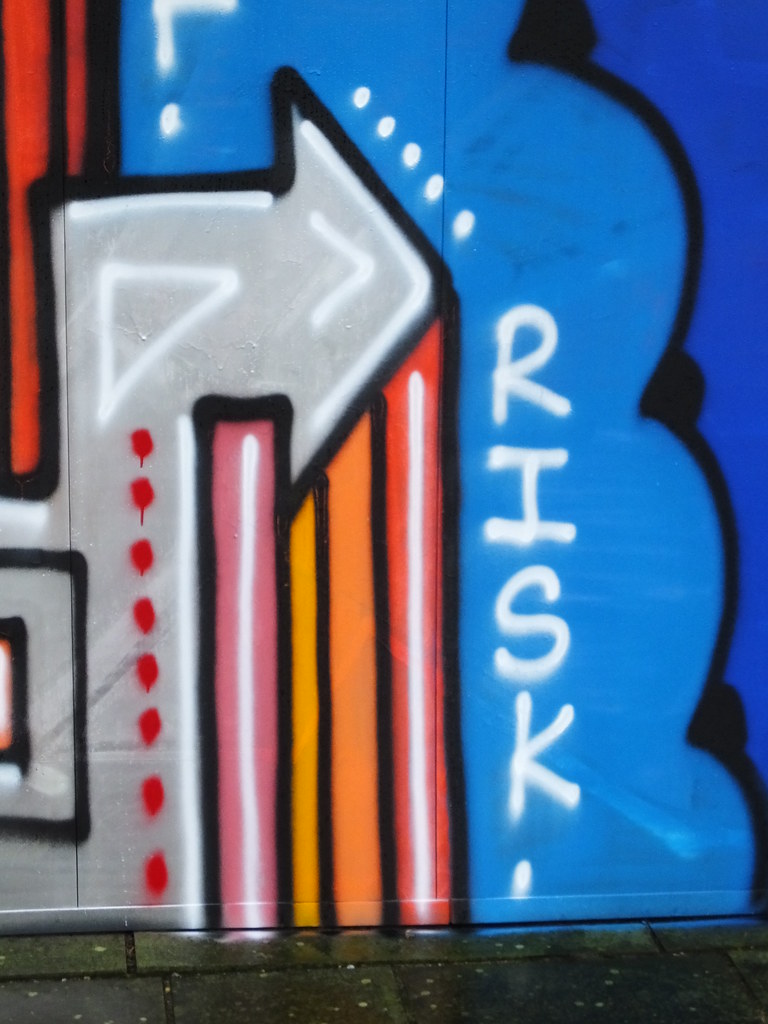 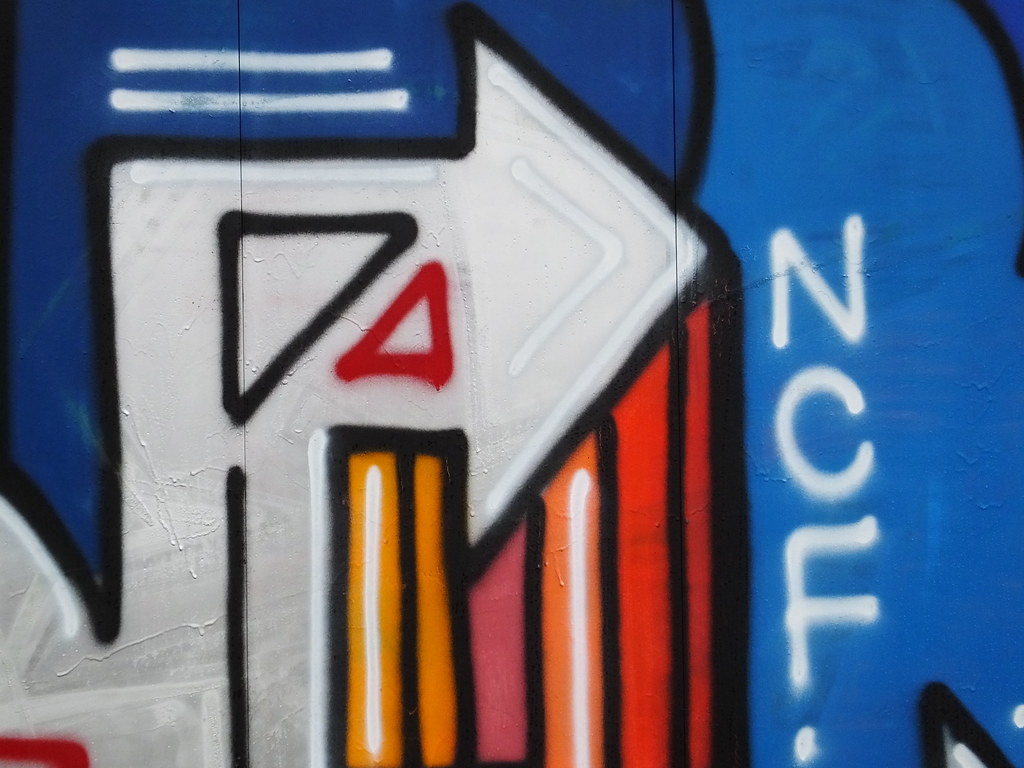 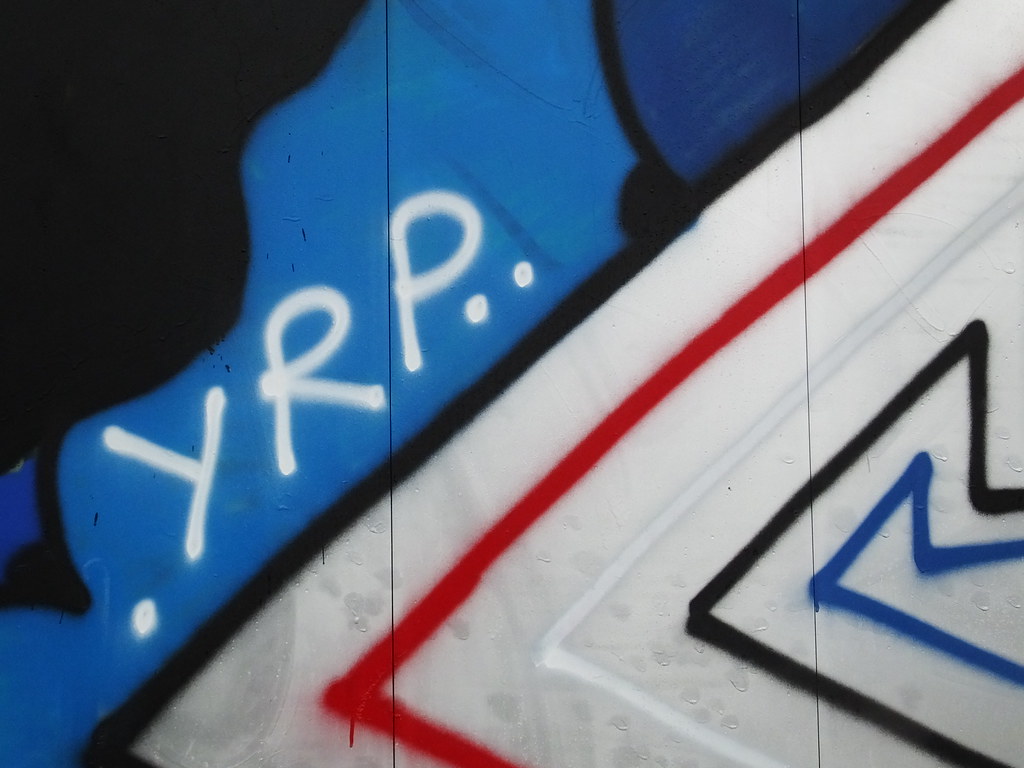 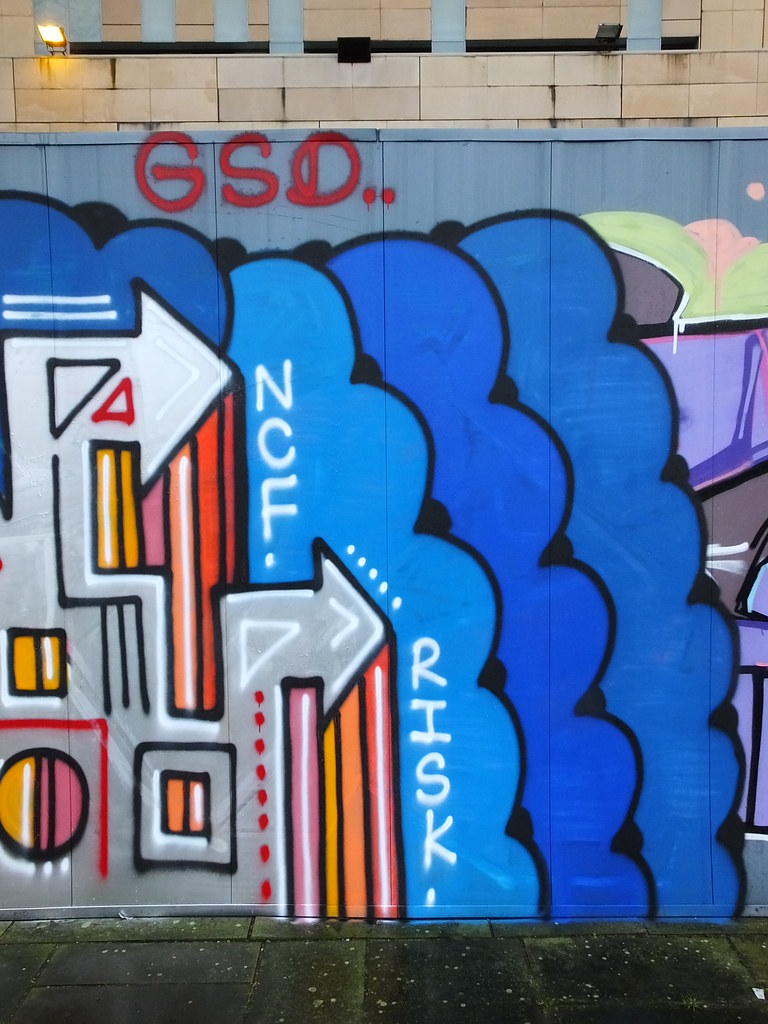 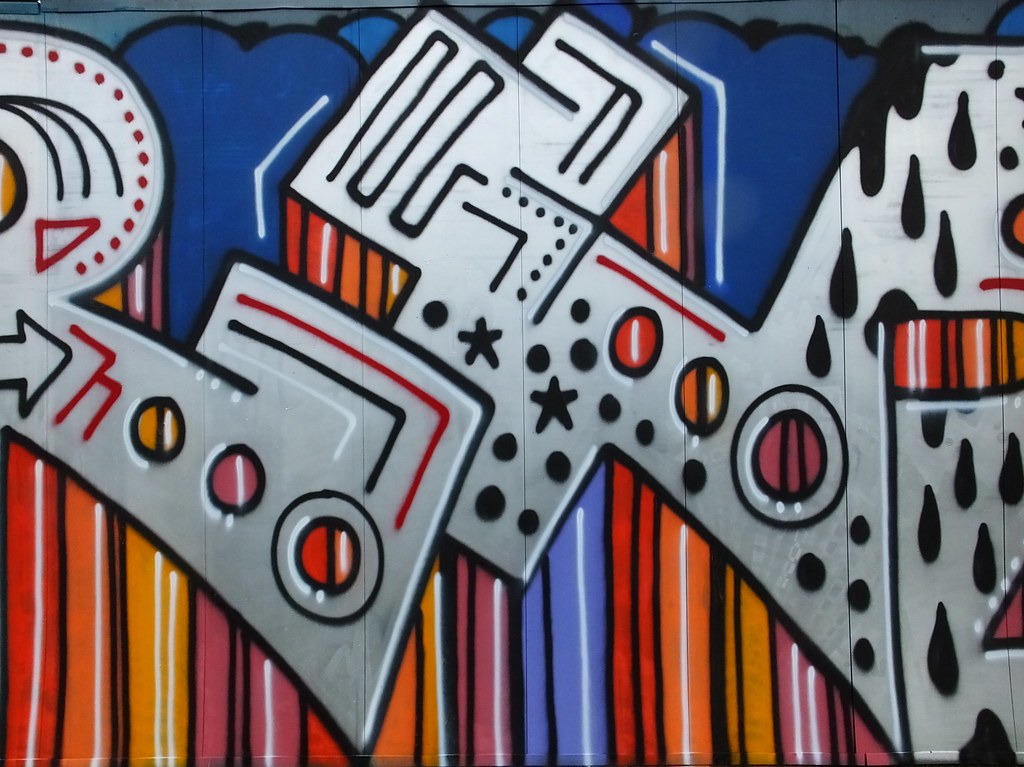 Chrome based letters stand out even more with the striking vertical lines and warmer red colours against the blue background.

Other tags on this piece included Buzz, NCF, Risk and YRP. 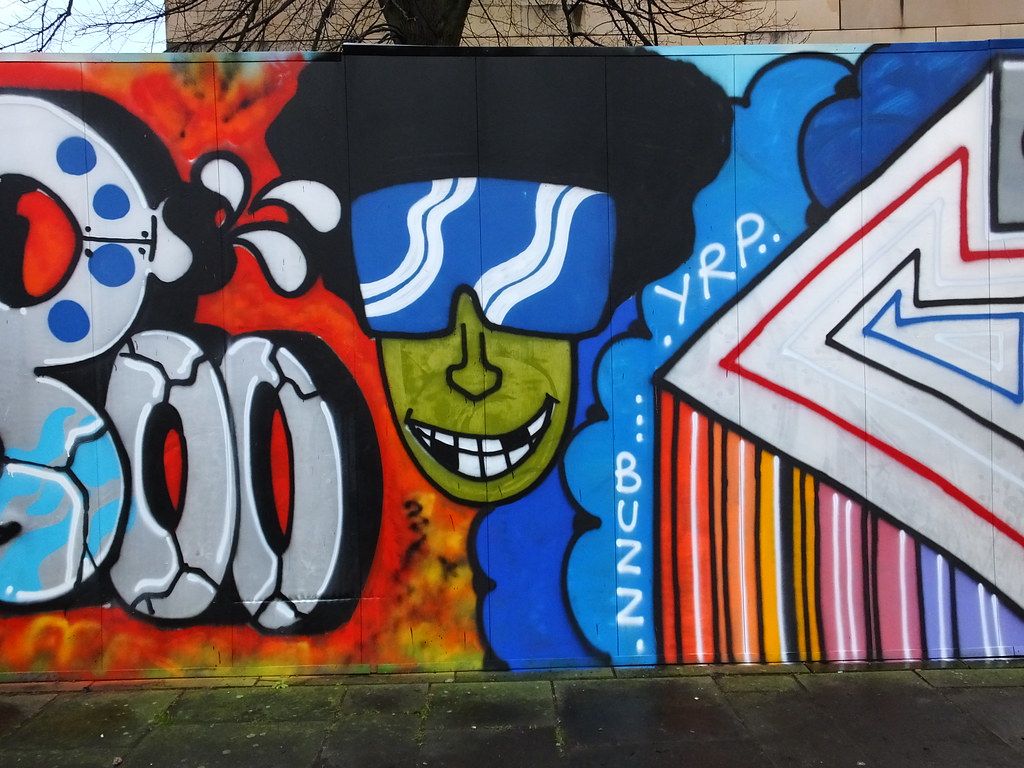 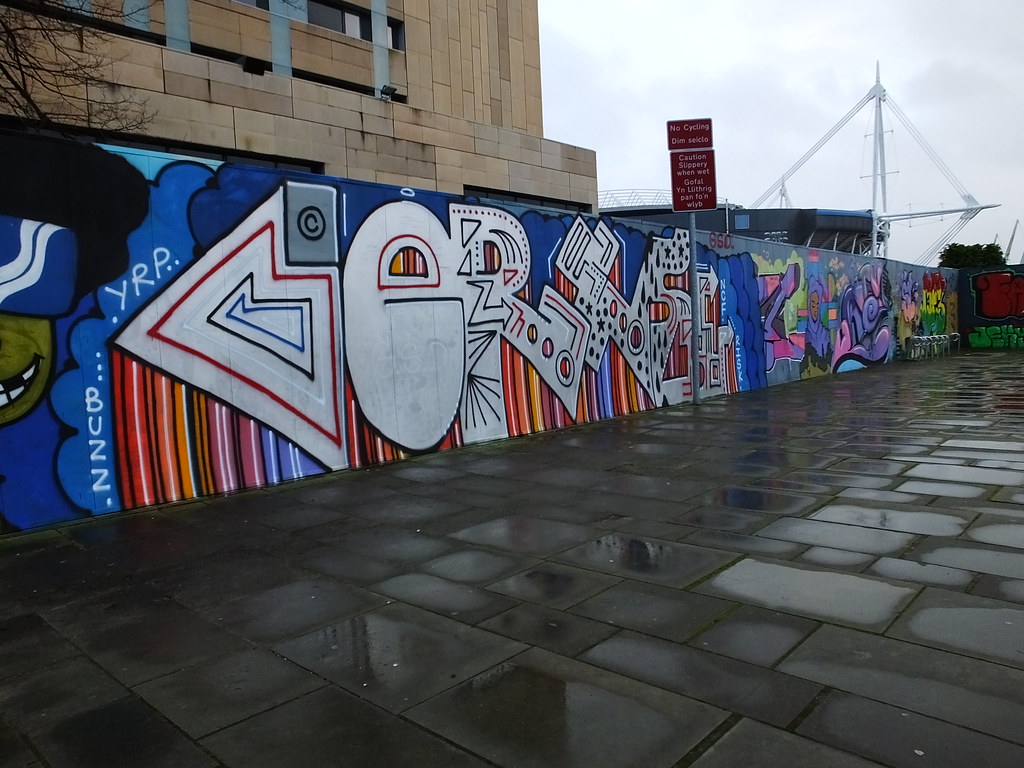 Joining the two pieces are this toothy character slap bang in the middle sporting some cool shades.

Sleep then created this chromie on a vivid burning backdrop. Featuring the phrase ‘Sleepoo’ 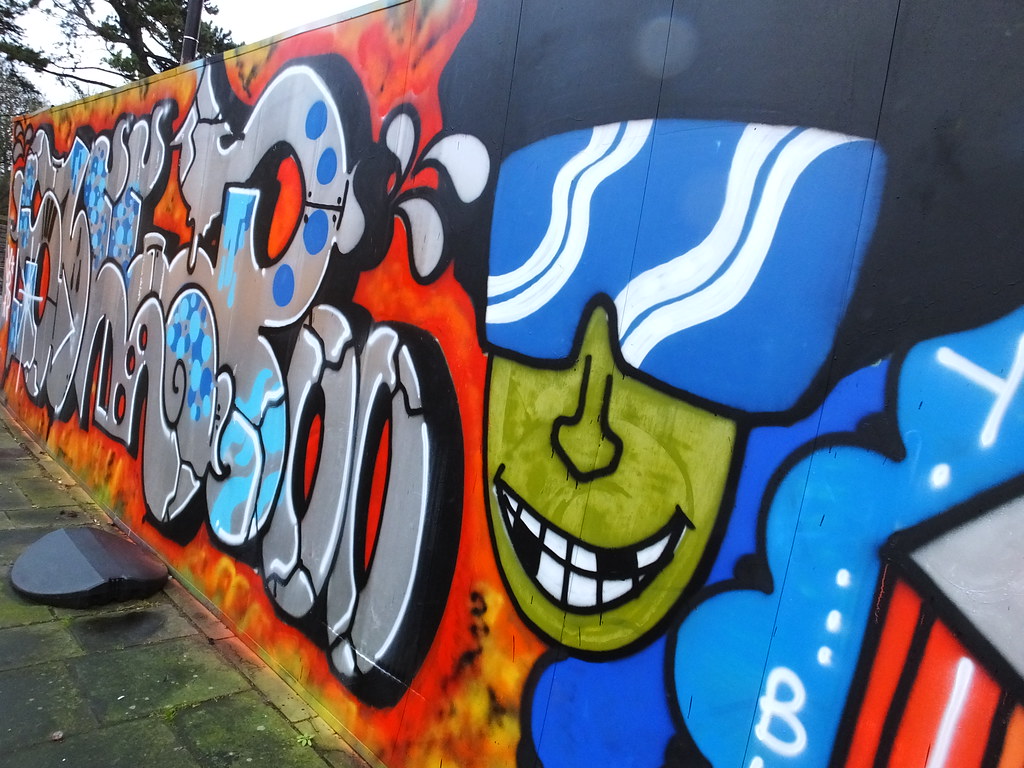 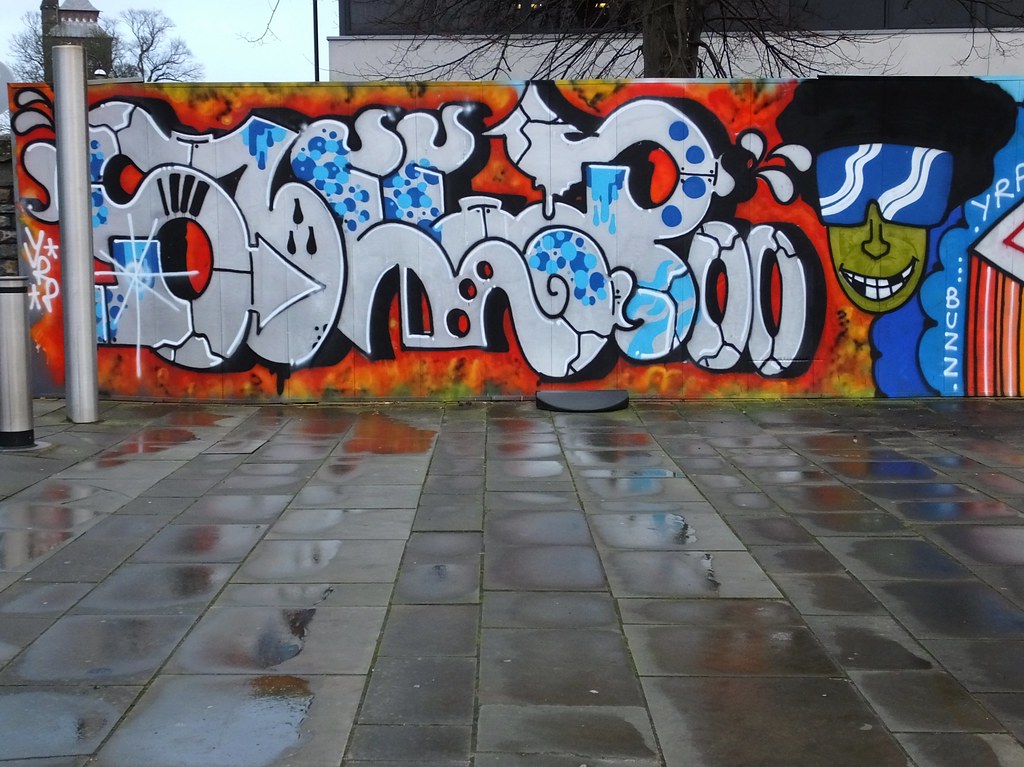 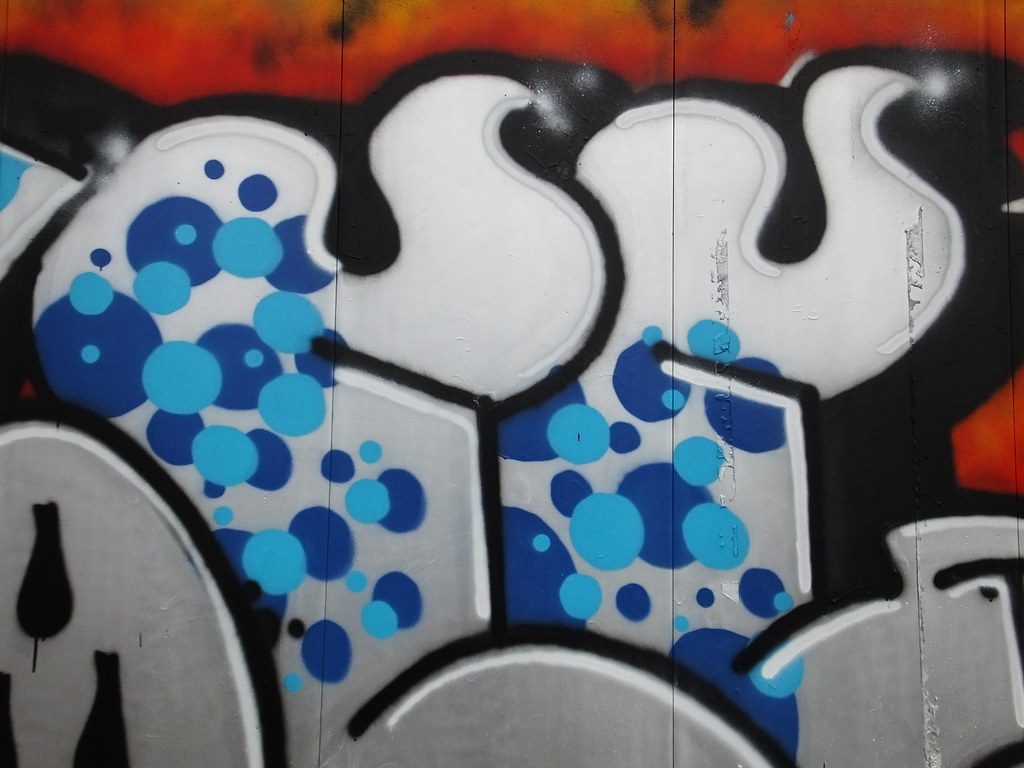 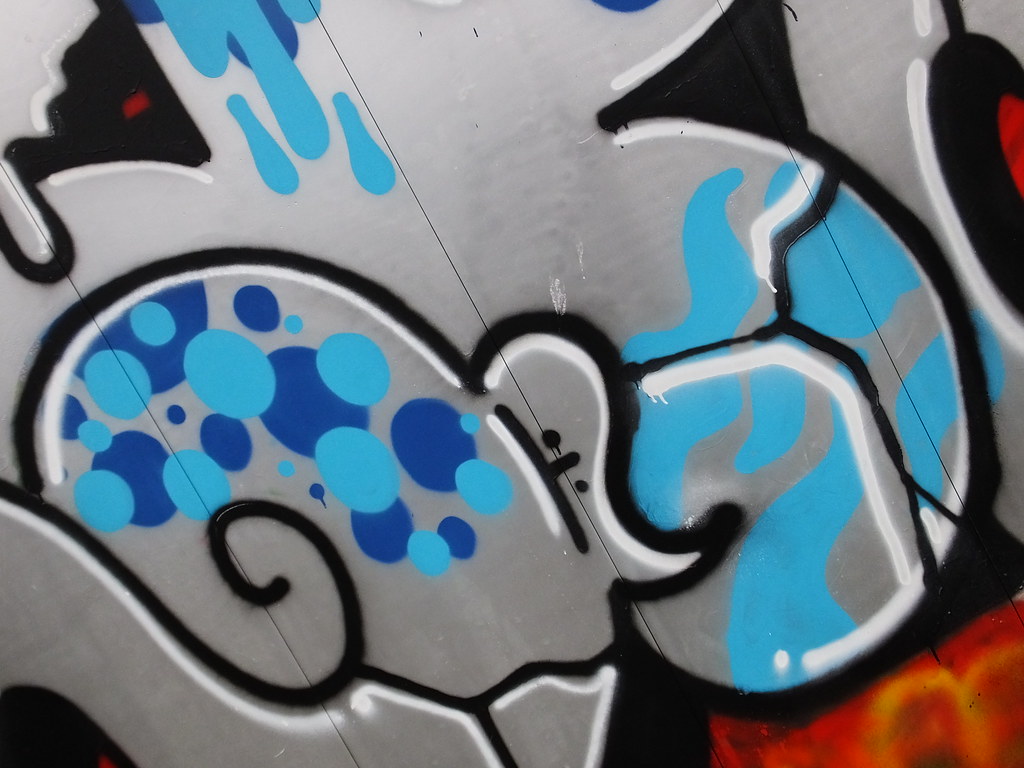 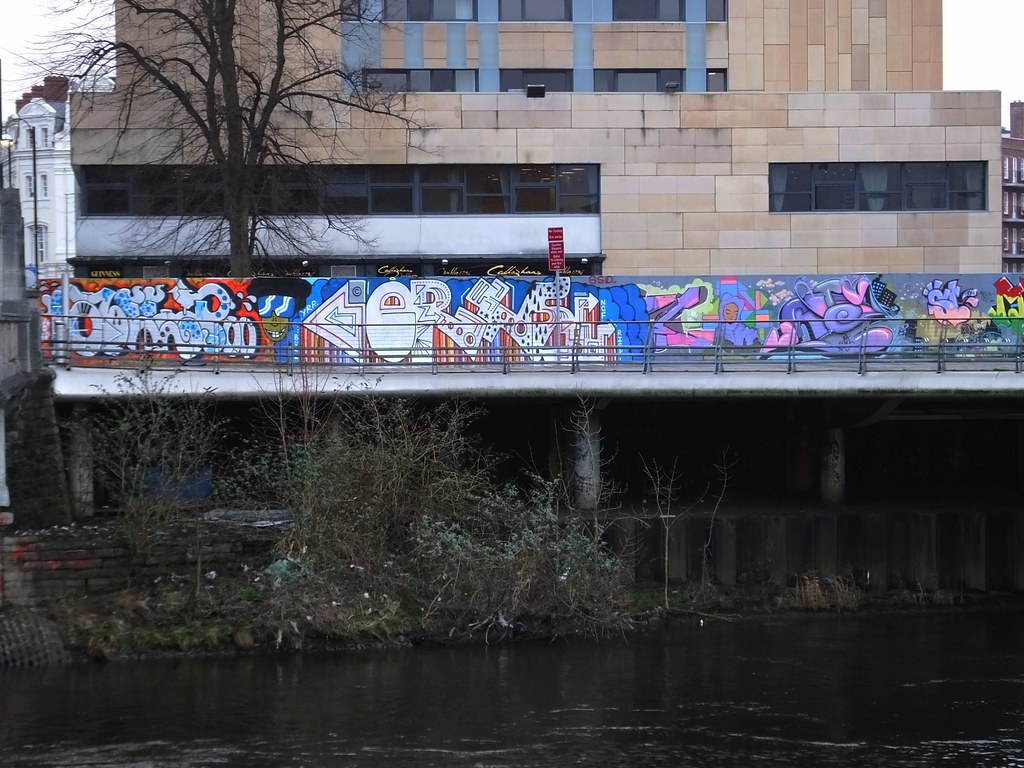 A day or so later the rest of the wall was filled in by Amoe, Karmone and possibly News completing this section of the walkway – which is the most visible part due to people passing over Canton Bridge seeing it on a regular basis.

Close up of yesterday's before the background was done,nearly left it like this. 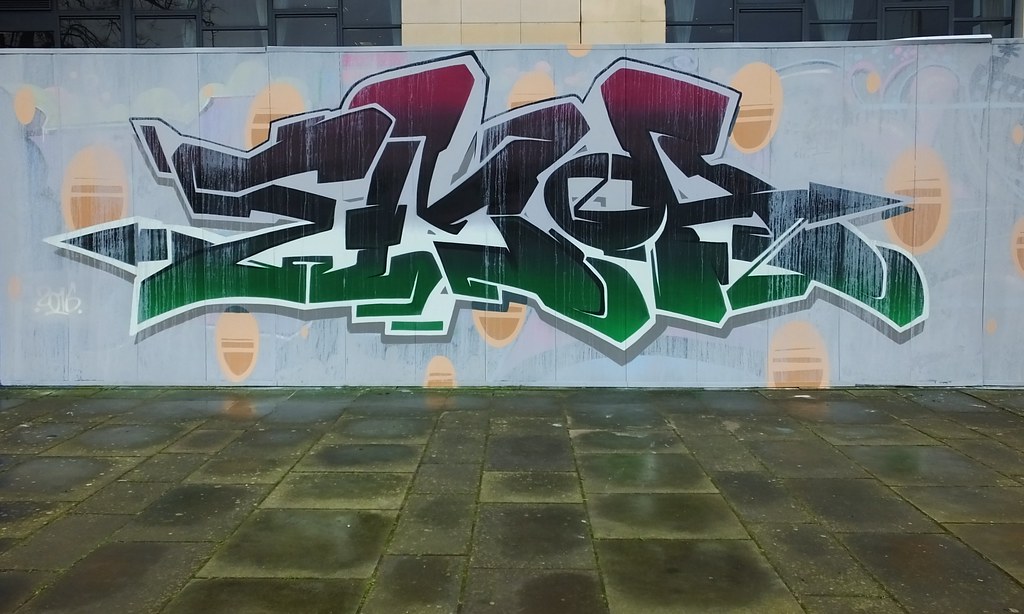 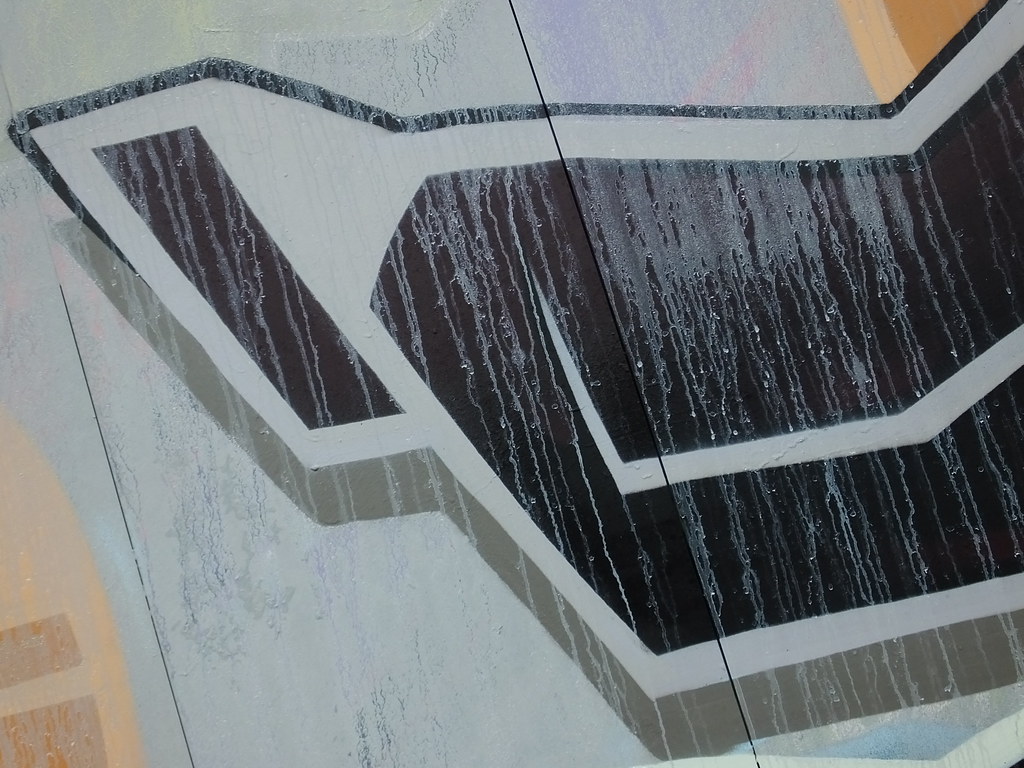 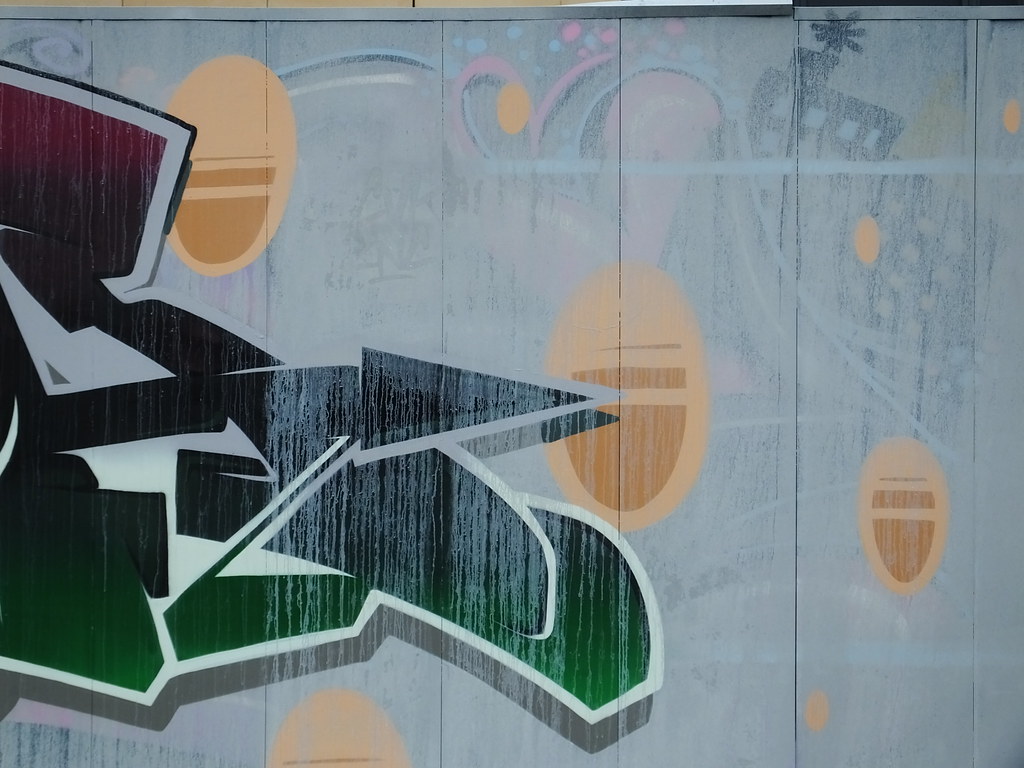 January seems to have got off to a bad start with numerous high-profile deaths and also quite a few high-profile storms hitting the UK too.

Here we can see the effects that the latest storm Gertrude had on the painting – revealing Millimagic’s previous work beneath! 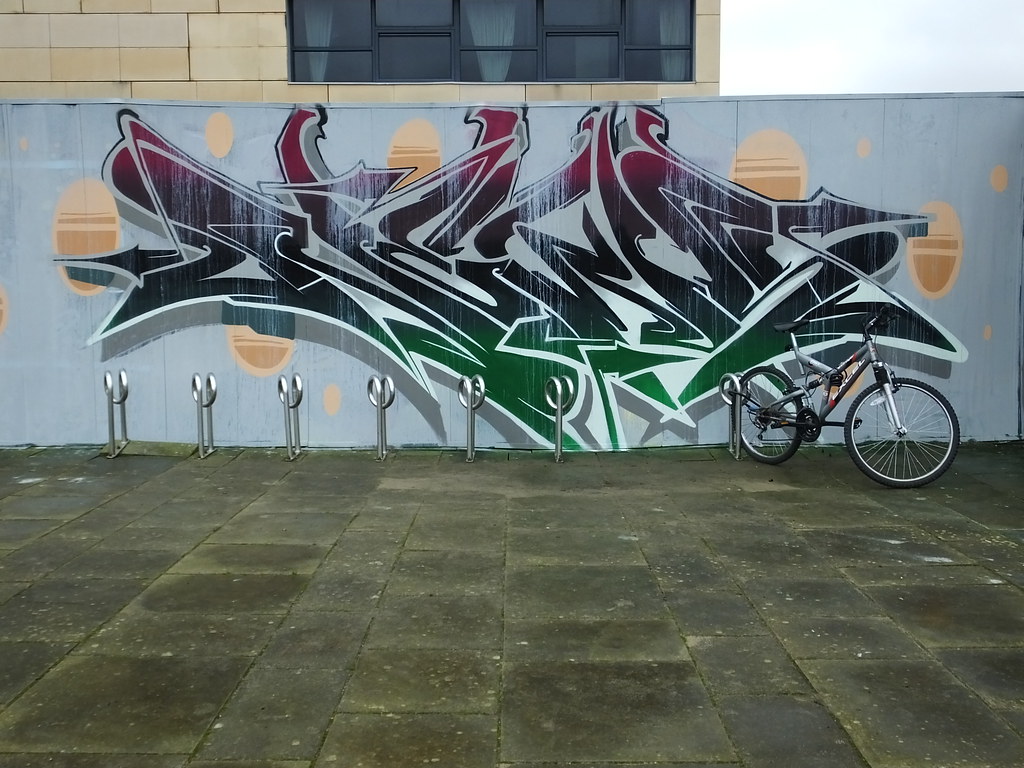 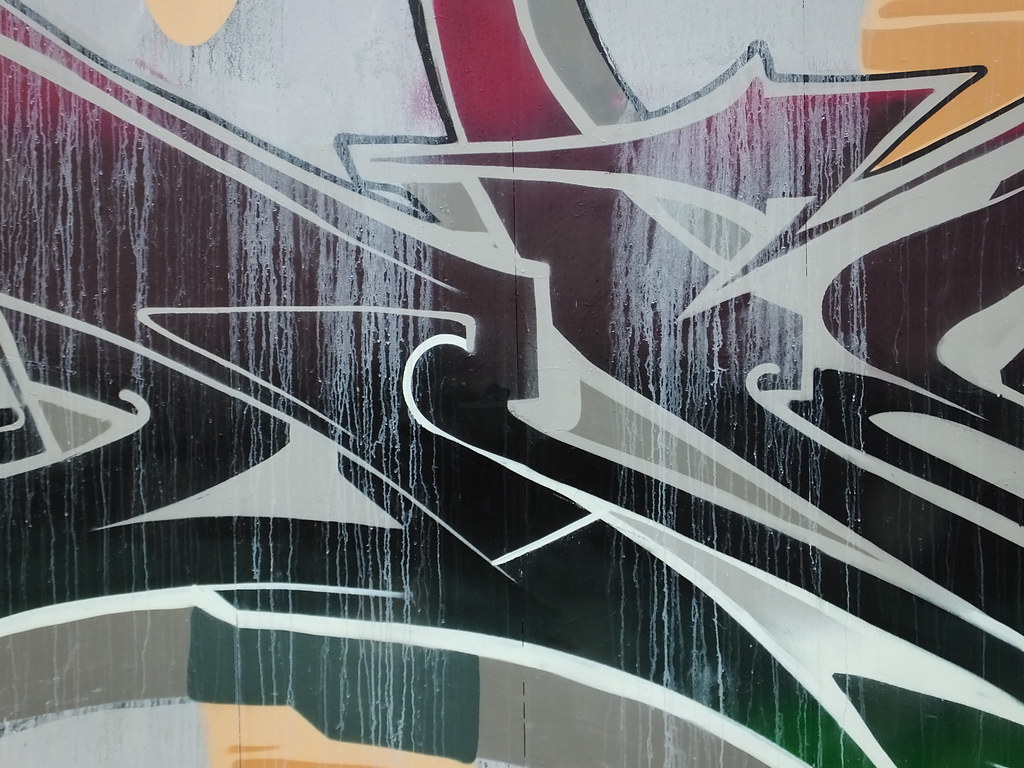 Set on Cardiff’s latest legal graffiti wall this is only a stone’s throw away from the city centre and the Millennium Stadium.

The artists were also joined by MK who completed the corner with this little beauty. 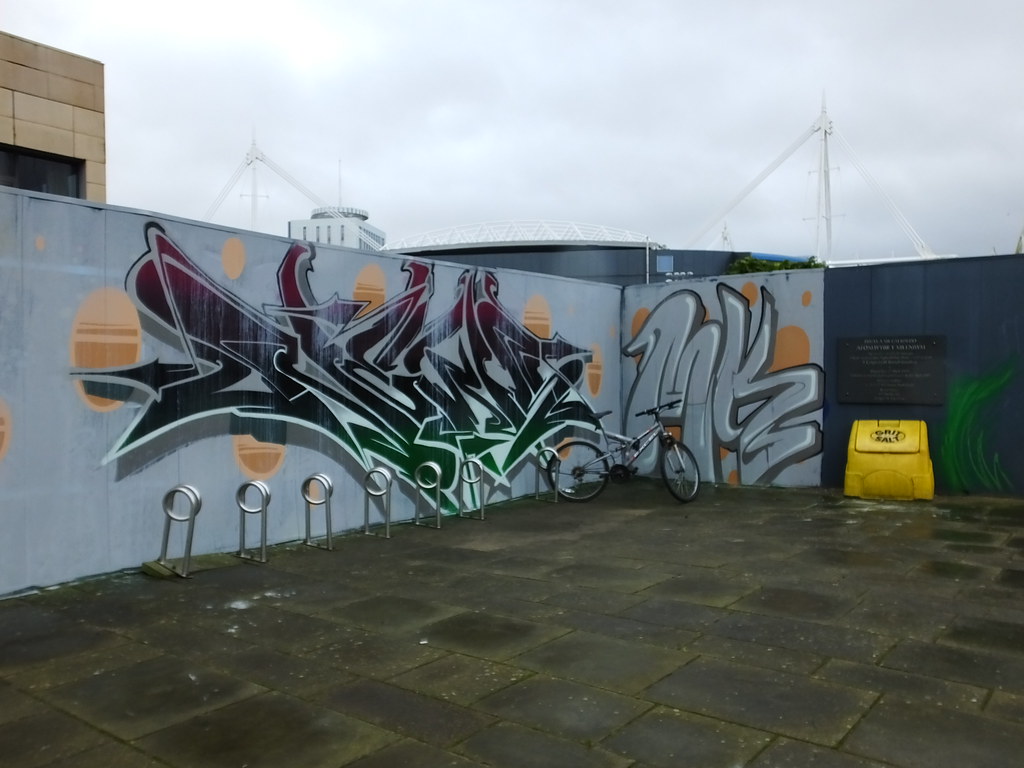 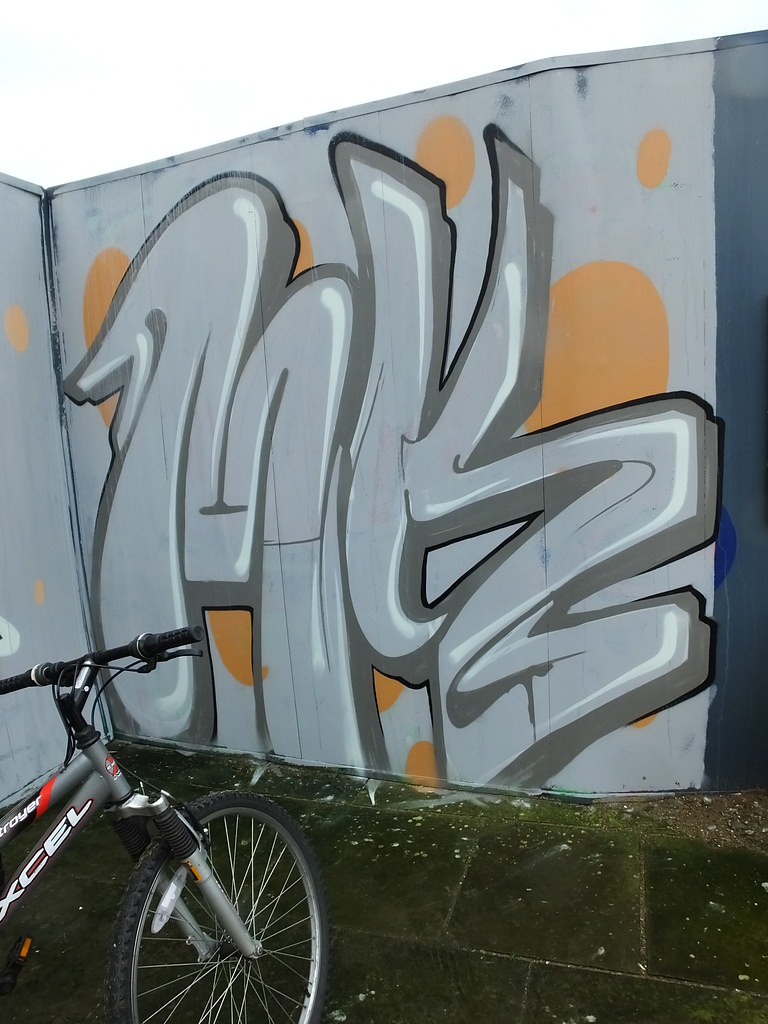 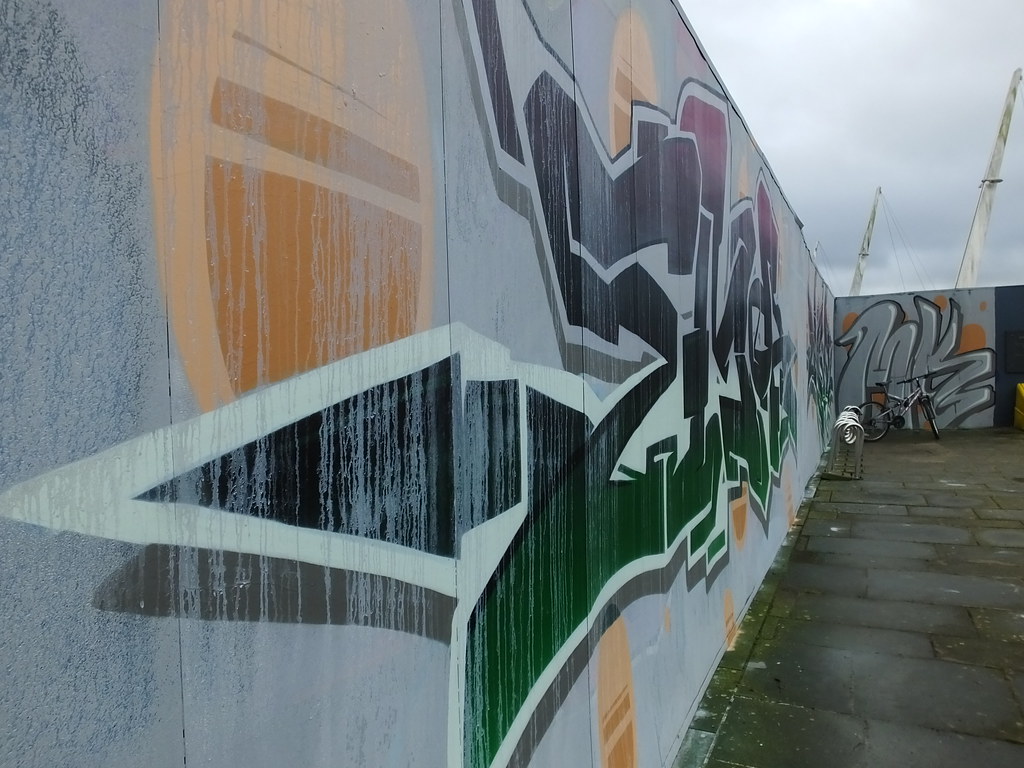 I wonder if the artists will attempt to dodge the latest storms for a small touch up? oo-er