Music legend David Bowie has died at the age of 69 after battling cancer for 18 months.

In a statement released on the star’s Facebook page, his family said he had passed away peacefully surrounded by his loved ones after battling the disease since 2014.

He may be remembered for his influence on music culture, art, fashion and films but his legacy goes on and has featured among some street art in the UK over the last few years.

This larger than life mural by Jimmy C aka Jimmy Cochran was captured in Brixton by Hooked Blog. 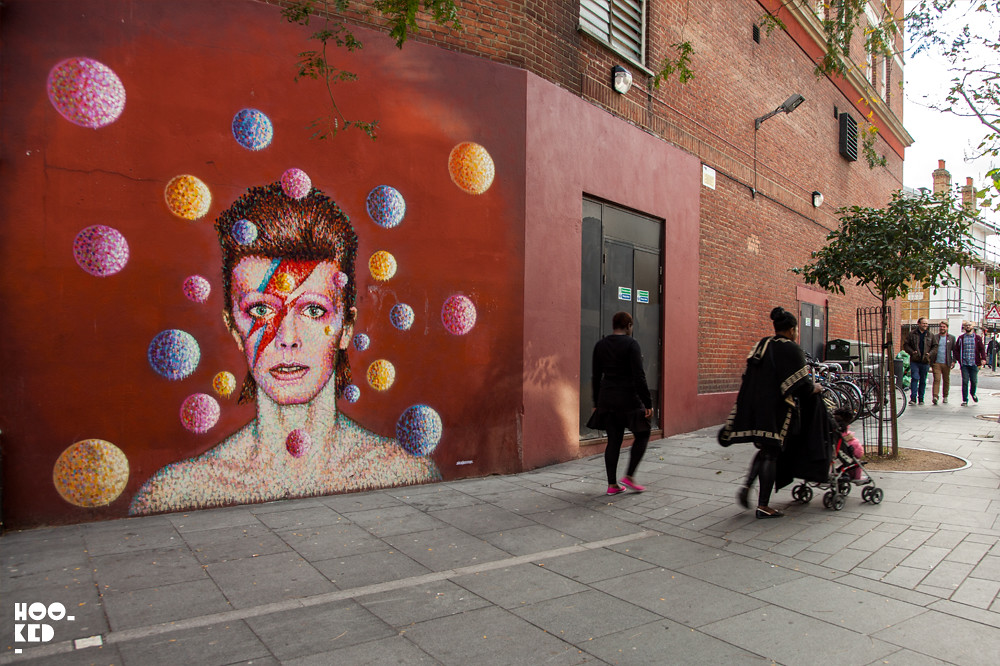 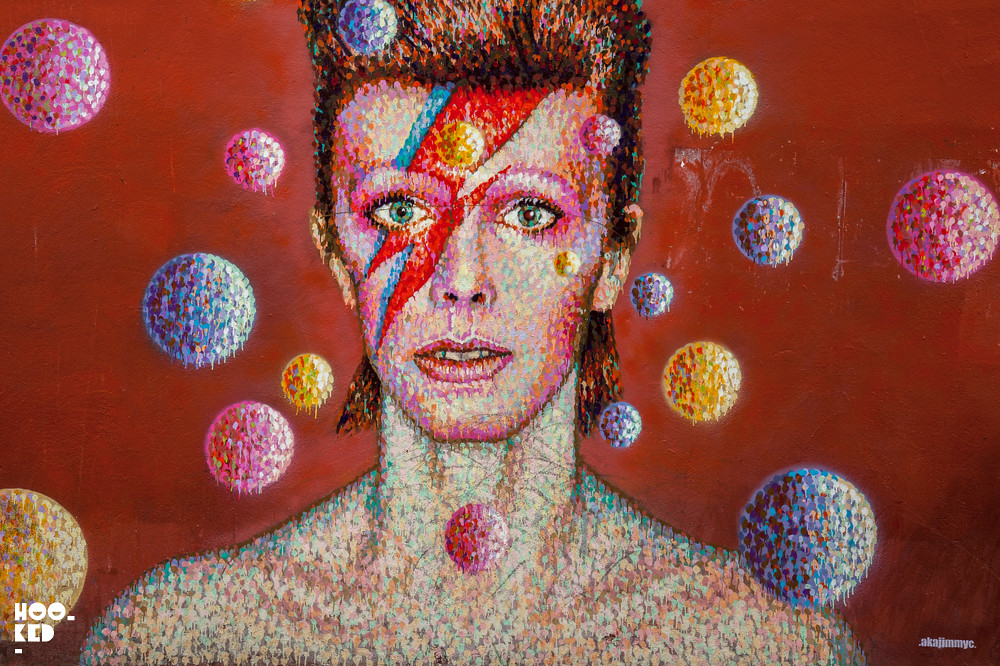 Cardiff based artist and illustrator Phillip Morgan has also featured a Bowie-inspired piece complete with Ziggy makeup and a ‘Let’s skate’ speech bubble. 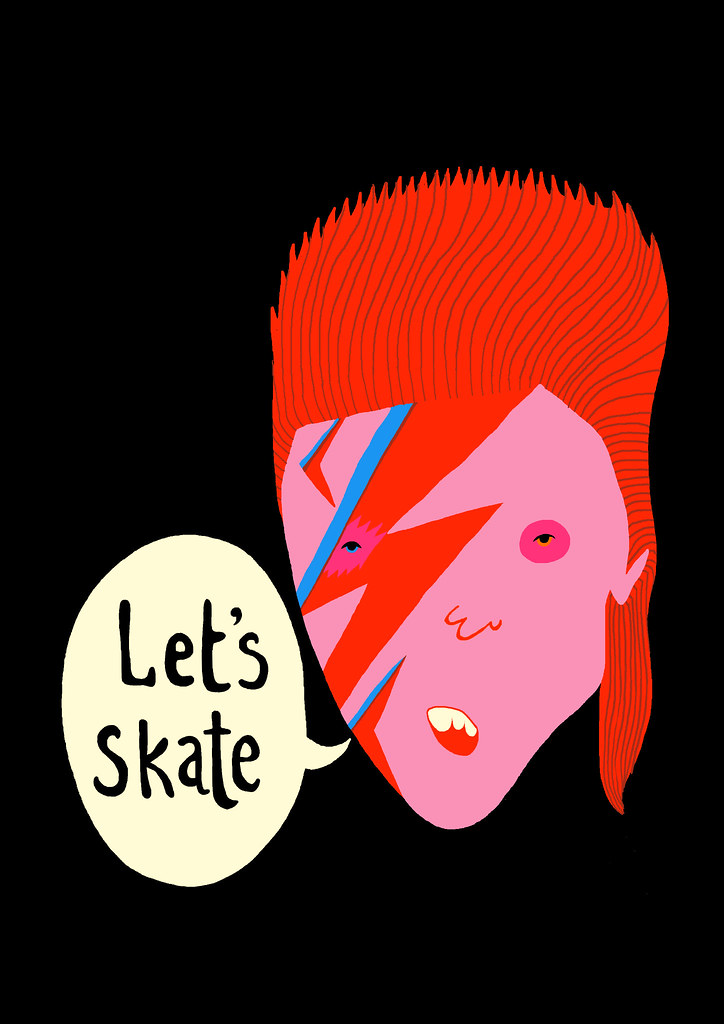 And another Cardiff based artist Barry J Davies also has captured the spirit of Bowie’s colourful life in this painting.

Mr Fahrenheit had created an abstract Bowie – either stand back from your pc or squint your eyes a bit….yep you’re squinting your eyes! 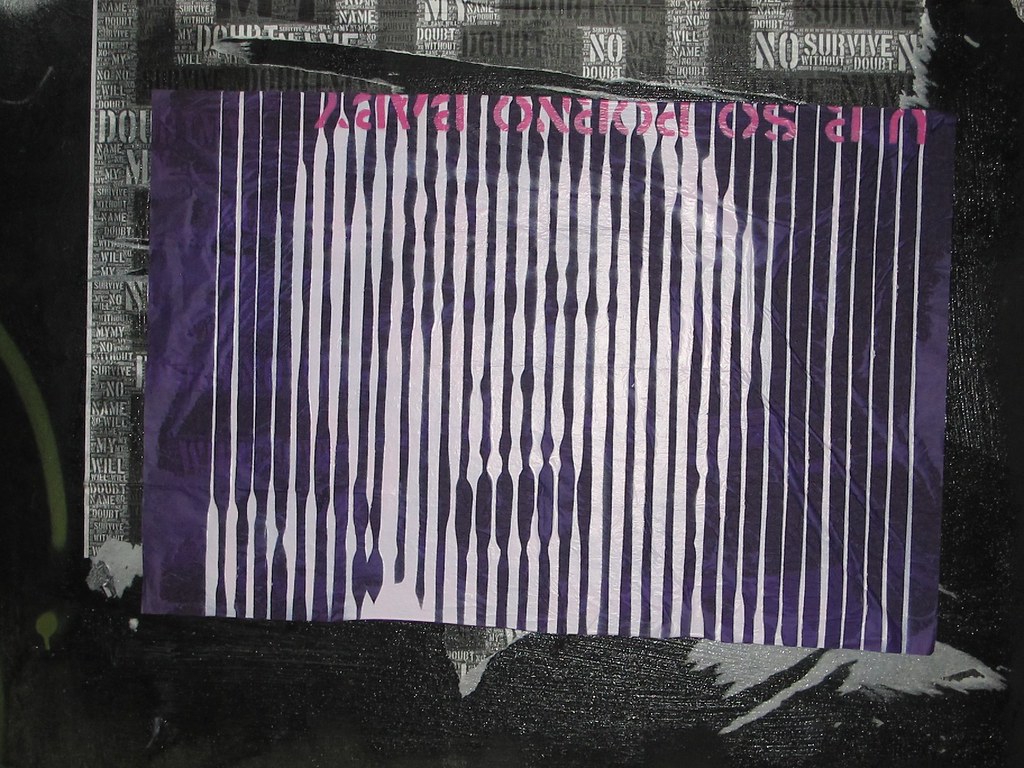 At a few locations in London is this intricate design one on a metal shutter featuring a few musical legends including David Bowie by artist Otto Shade as captured by Stockcar Pete.
Look closely and you can see all the song titles entwined around his face. 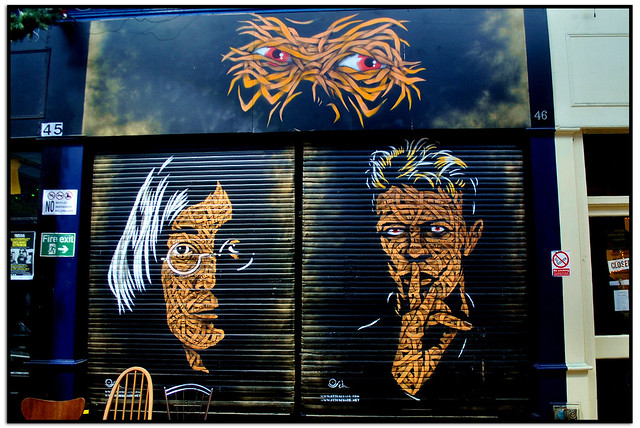 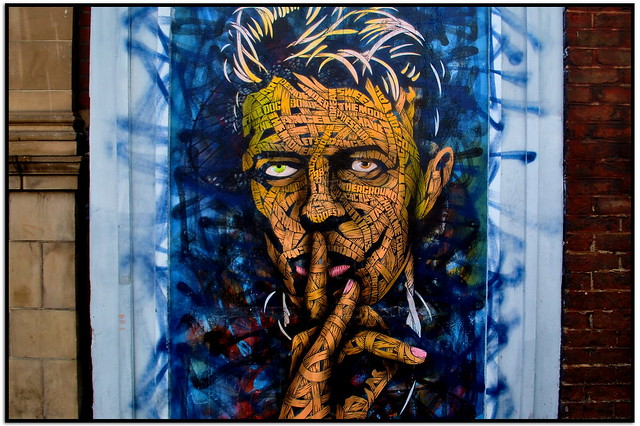 And a younger Bowie painted by C215 in France – truly stunning. 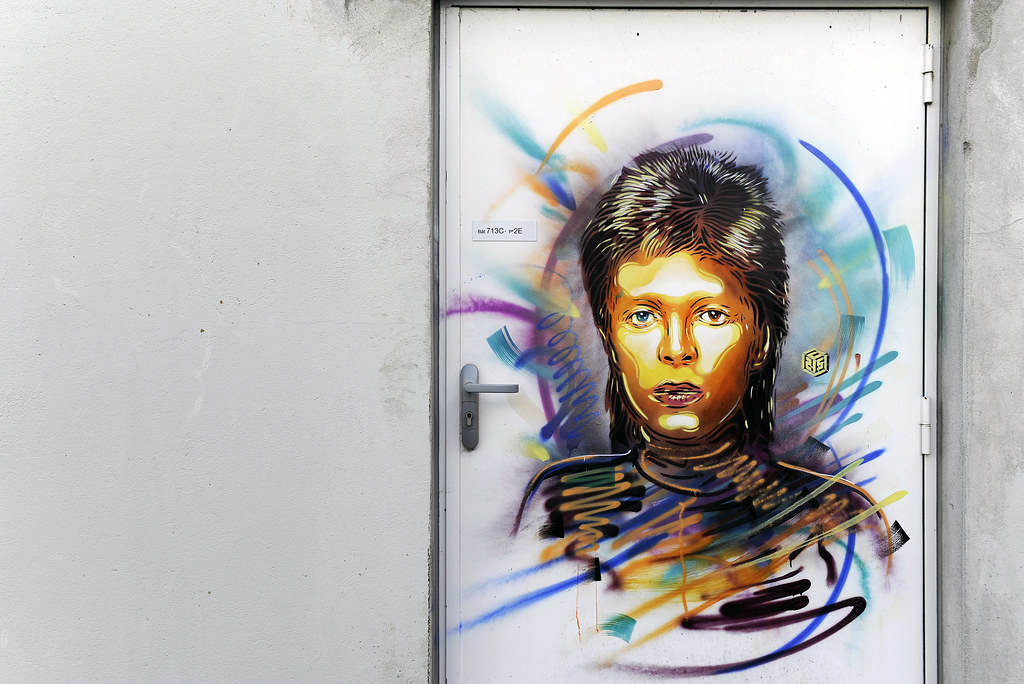 Artist Findac has sprayed Bowie on to some ash (we see what you did there) and stencilled on the makeup design. 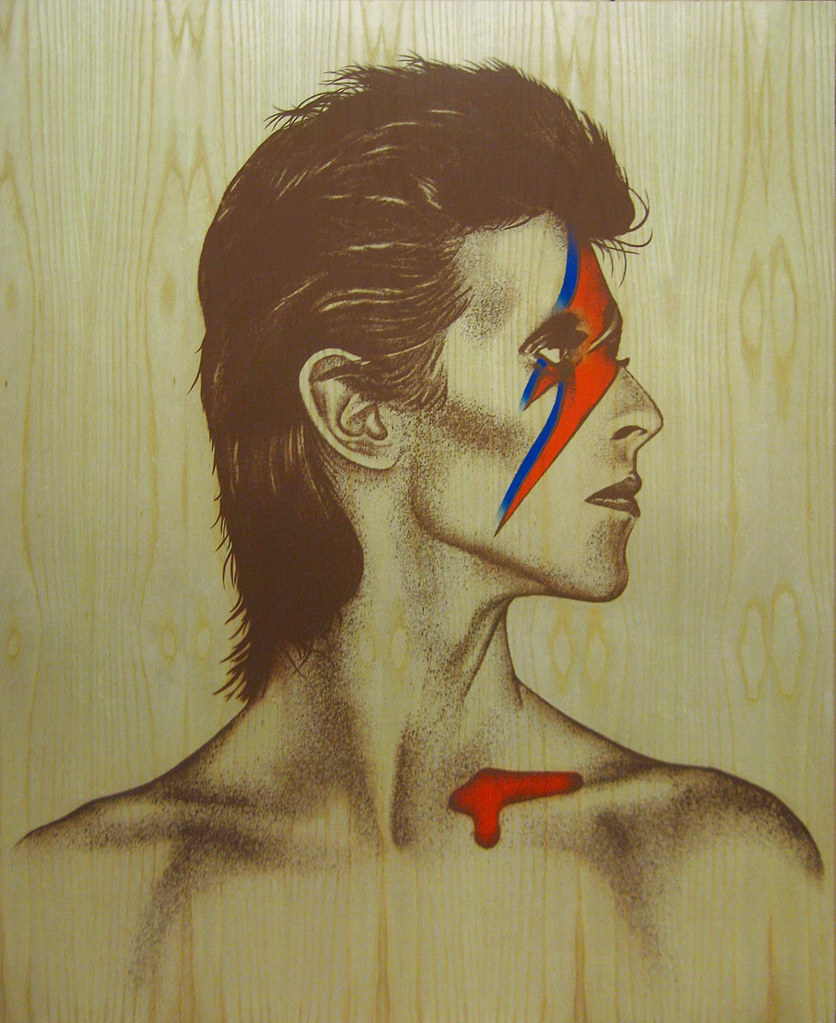 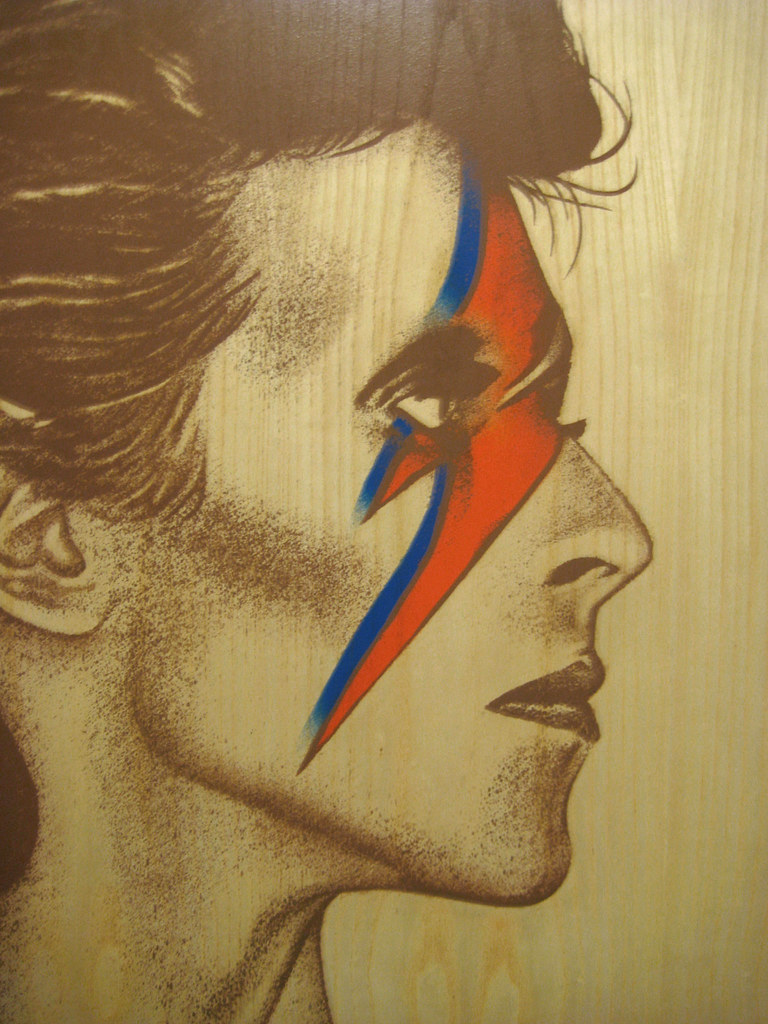 And this sticker by The London Police and a paste-up by an unknown artist – can you help identify them? 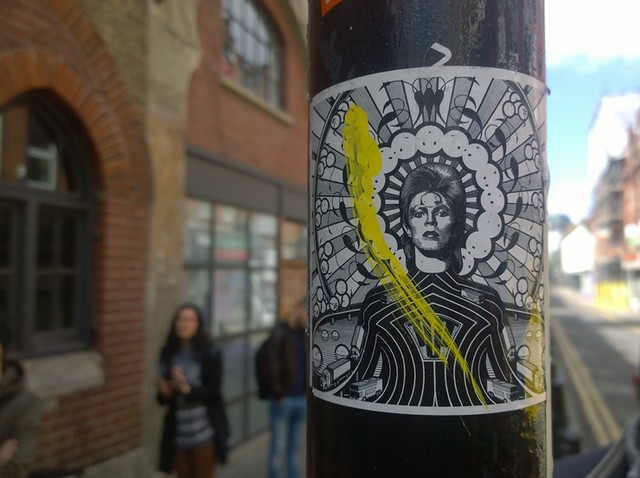 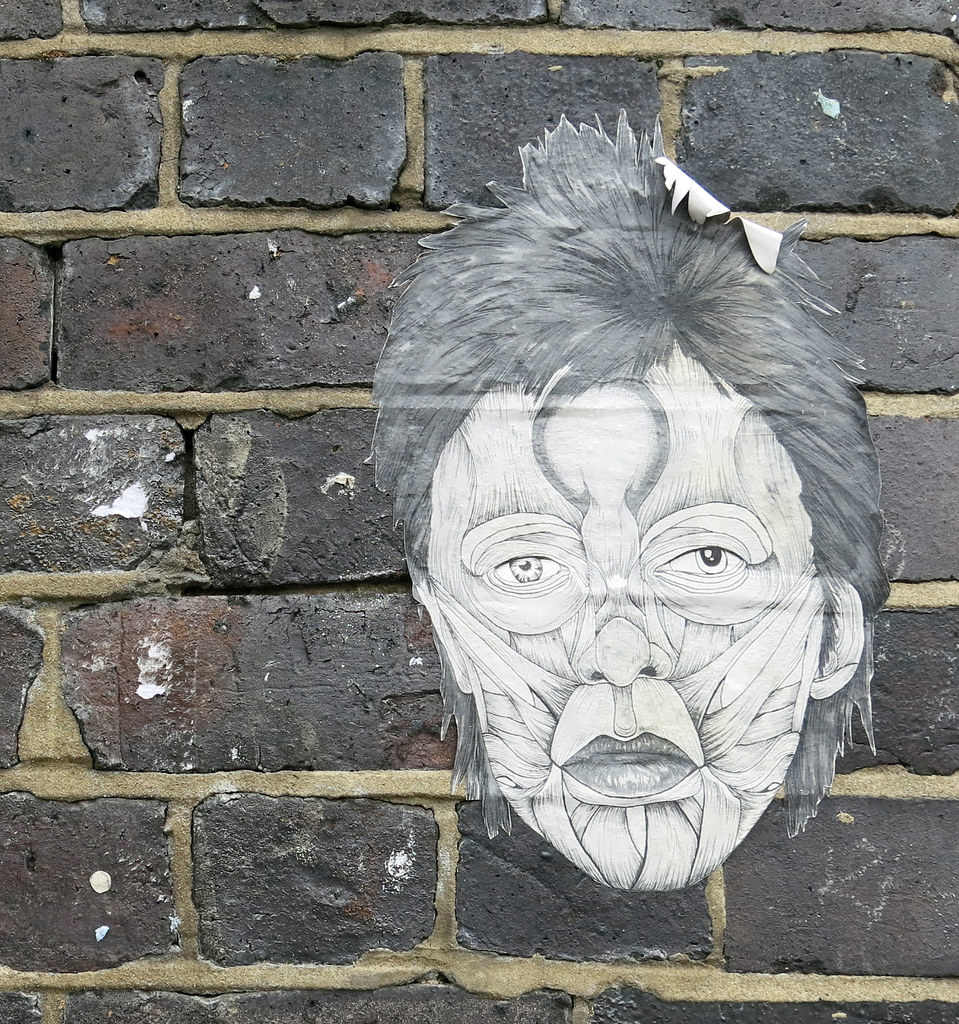 And last but not least the world famous ‘Invader’ has also featured some Bowie imagery in his work here on another invader in London! 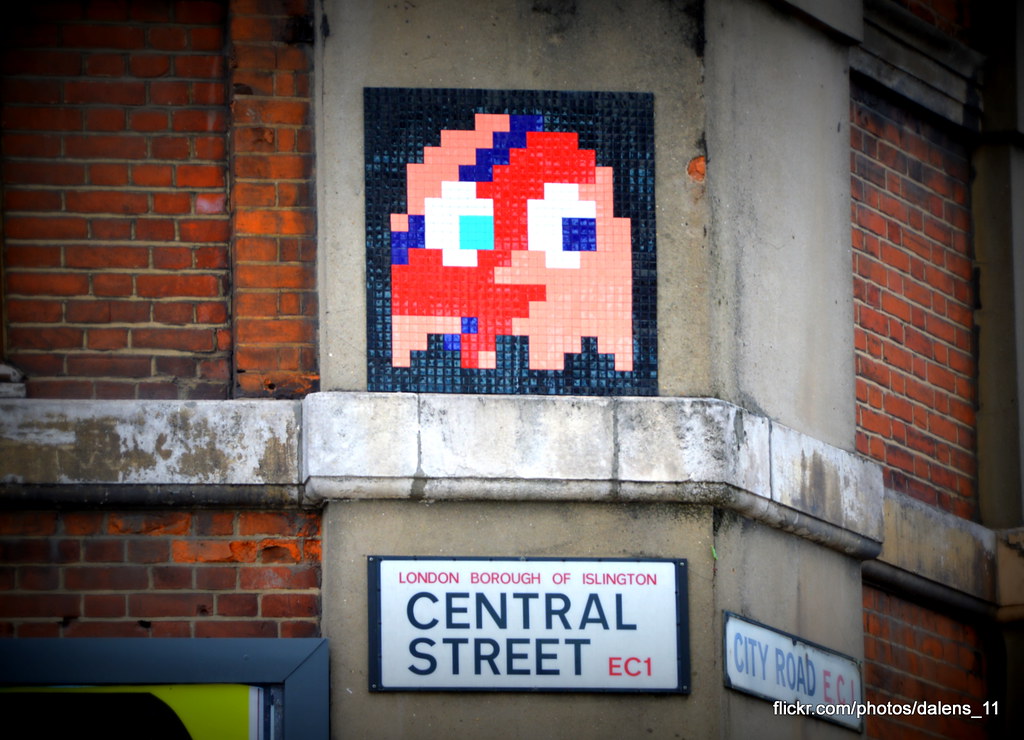