Local artist Peaceful Progress may be best known for his stunning

that have adorned many of the city’s walls throughout the last year but recently here he has taken to a back street in the City Centre to publicise the ‘Not in my name‘ campaign to raise awareness about the UK’s involvement in the current Syria crisis. 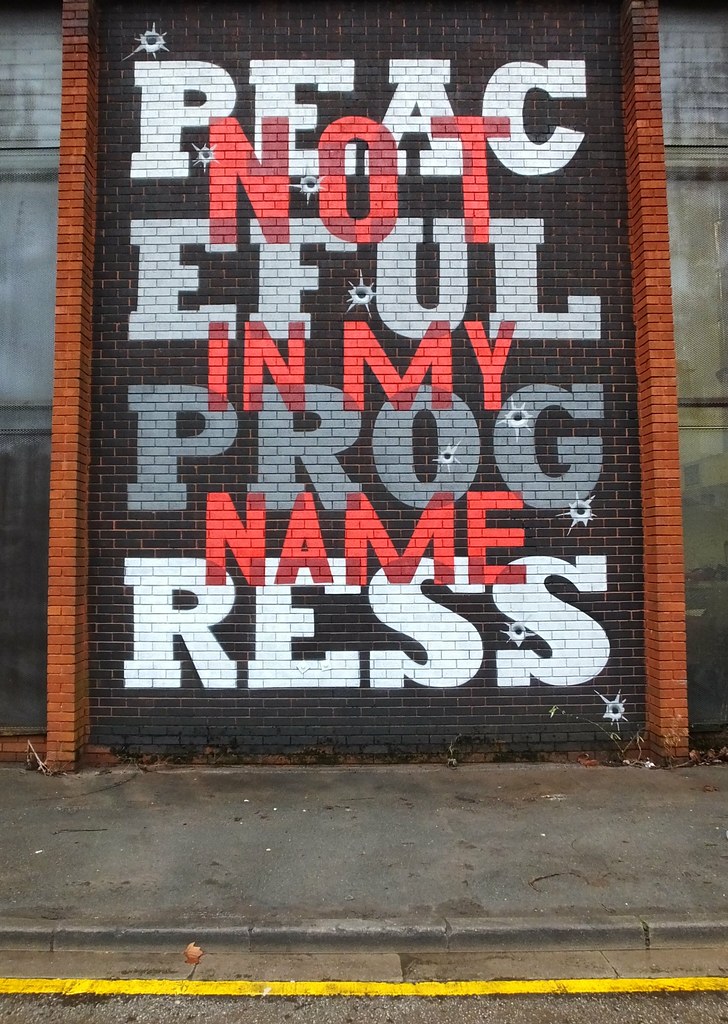 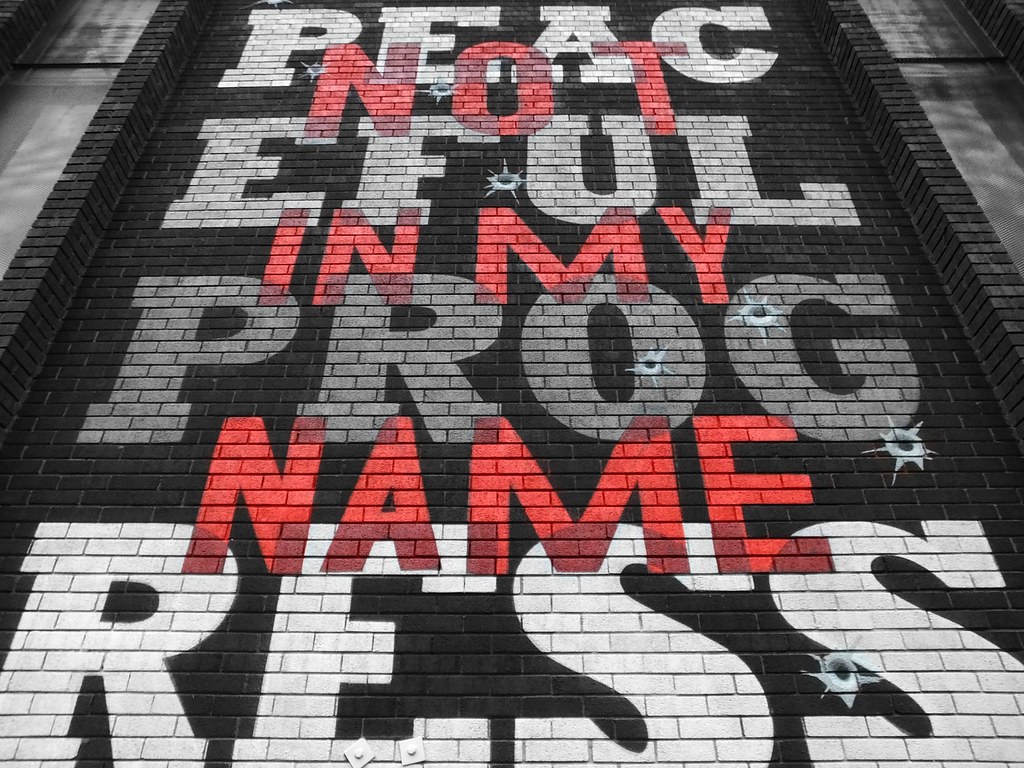 Painting opposite the previous ‘Street Food Circus’ site on a large, two storey bricked canvas located at the back of the No Fit State Circus building.

The artist began by blacking out the wall and documented the painting over a couple of days via his Instagram and Twitter accounts.

If you've got something to say… Say it big

The ladder man. Alert as always 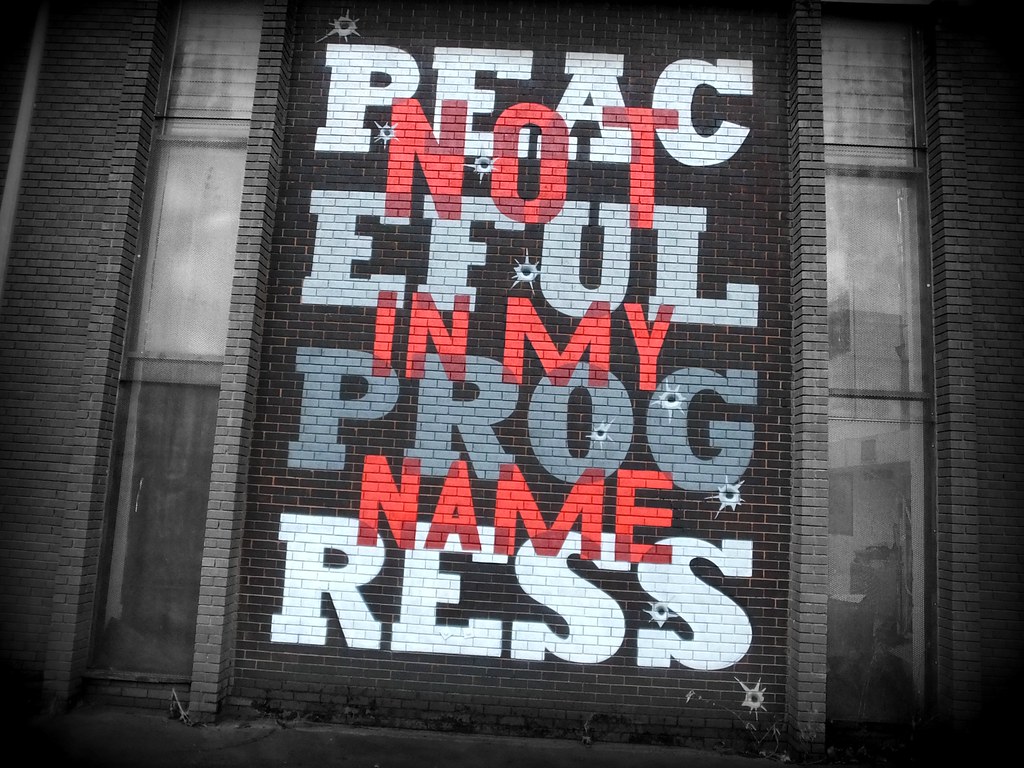 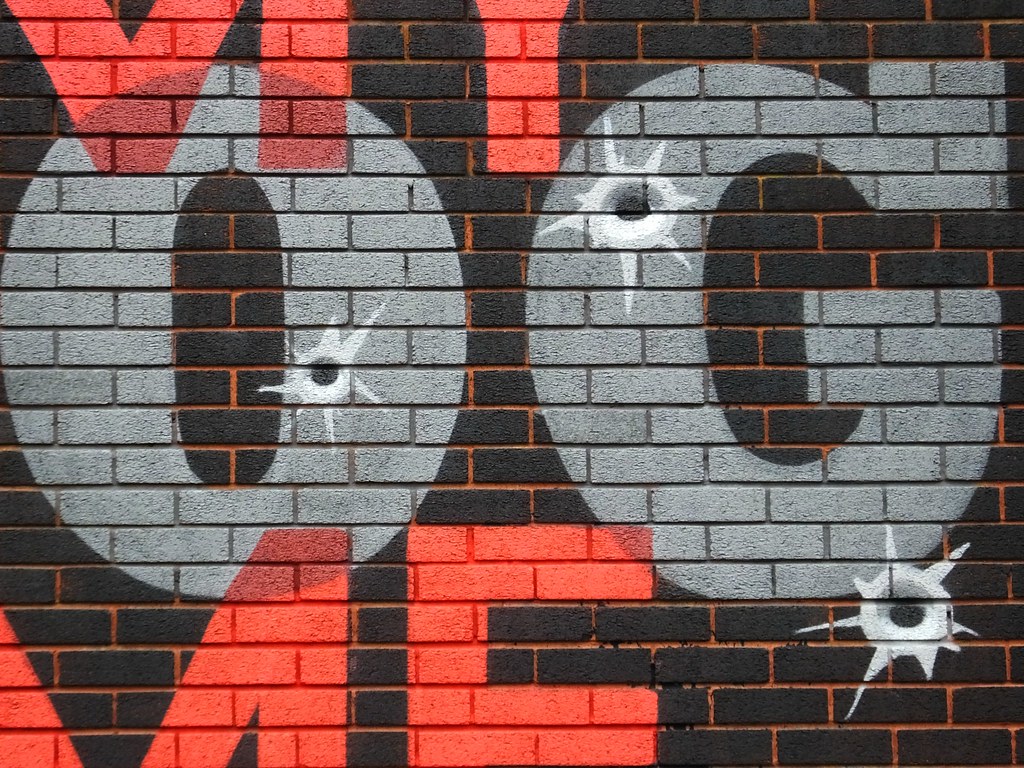 Featured in very large letters is the phrase ‘Not in my name’ in bright red with bullet holes littered throughout the whole piece. 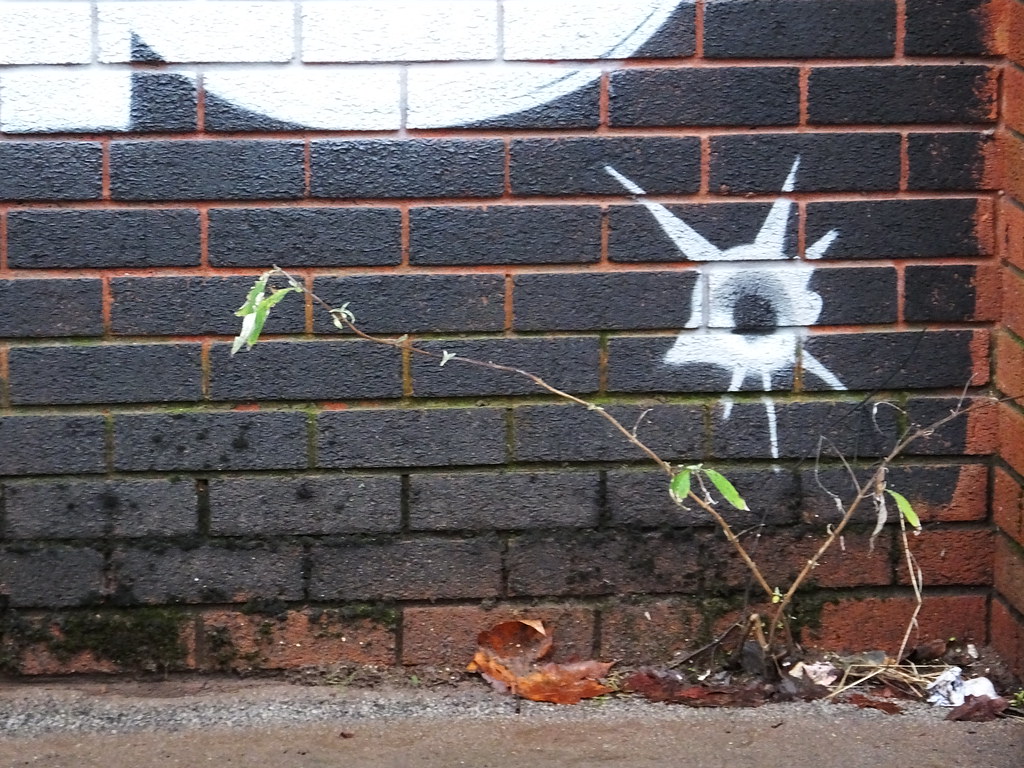 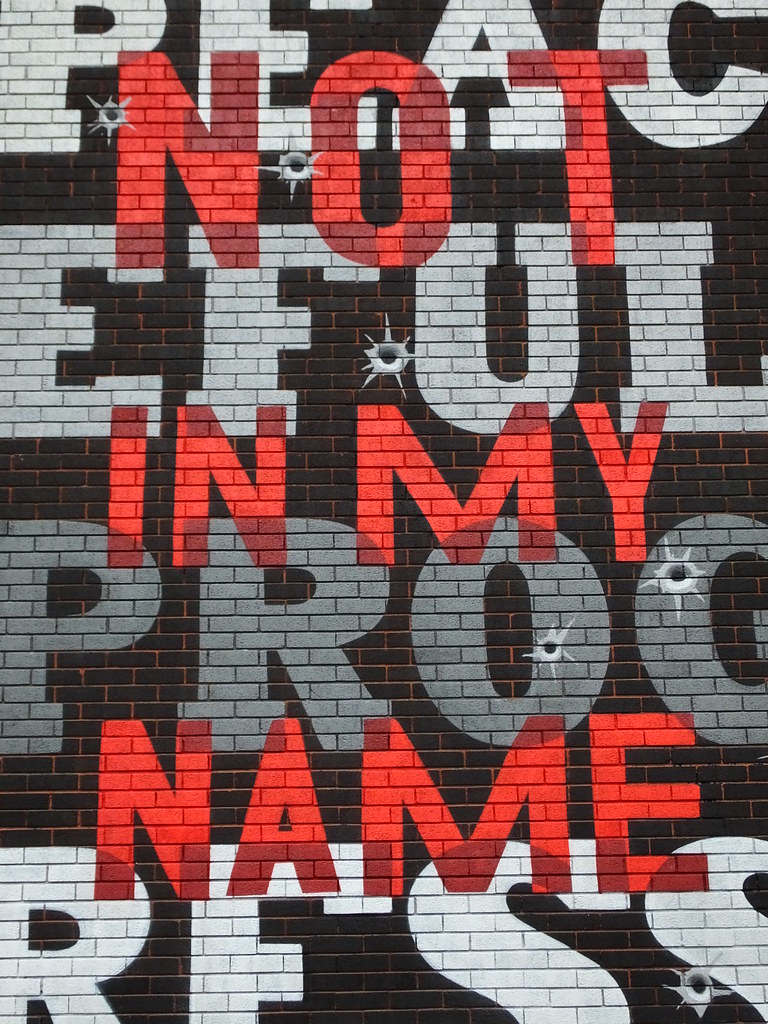 Writing on his official Peaceful Progress website where he has been documenting his own work the artist wrote:-

I’m sure most people know about the “not in my name” campaign by now, thanks to social media. This is a reaction to the UK’s involvement in the Syria crisis and the overwhelming opposition to it.
Once again, our government has taken to arms when the public say no. We obviously haven’t learned anything. The UK government is even now asking people to send aid to the very country that we are bombing. Women, children, innocent people getting killed every day. We even sell arms to the people that we are supposedly trying to get rid of! And what about the refugees of this crisis? Well, they’re all being left to rot in camps around the world with no-one offering to help, us included. Its like a bad fictional story. 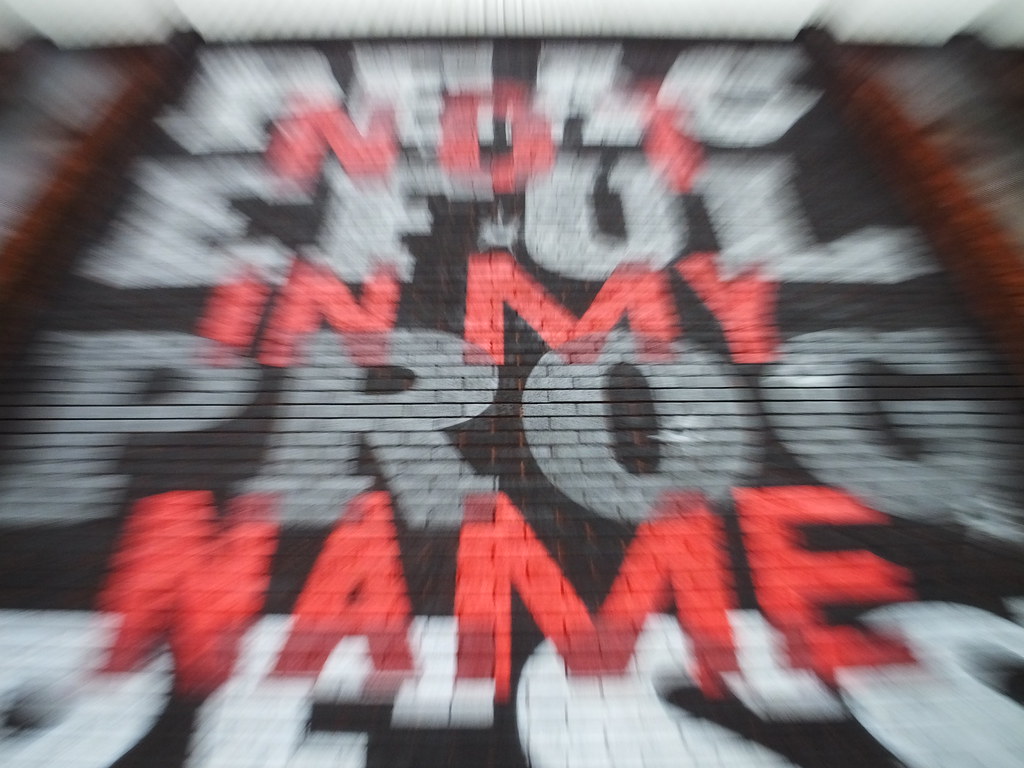 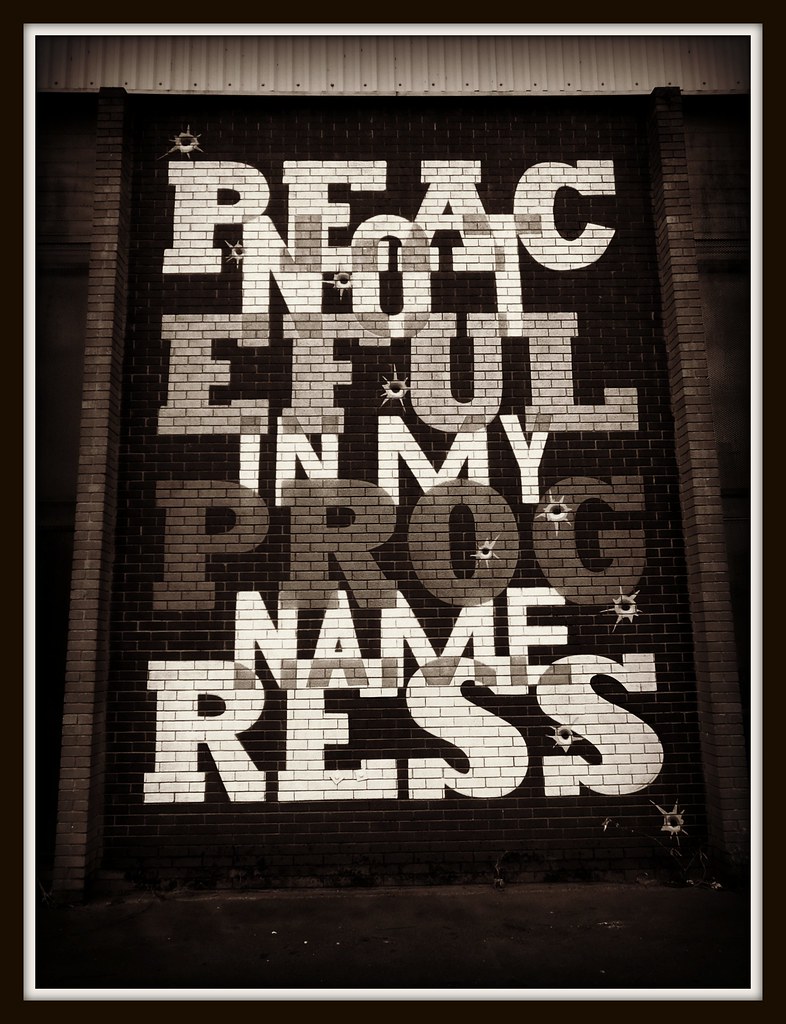 Two busy railway lines pass near the site and the artist hopes this will bring more prominence and raise awareness – here he has recorded the dominance the artwork has on a trip down to the Cardiff Bay train station.