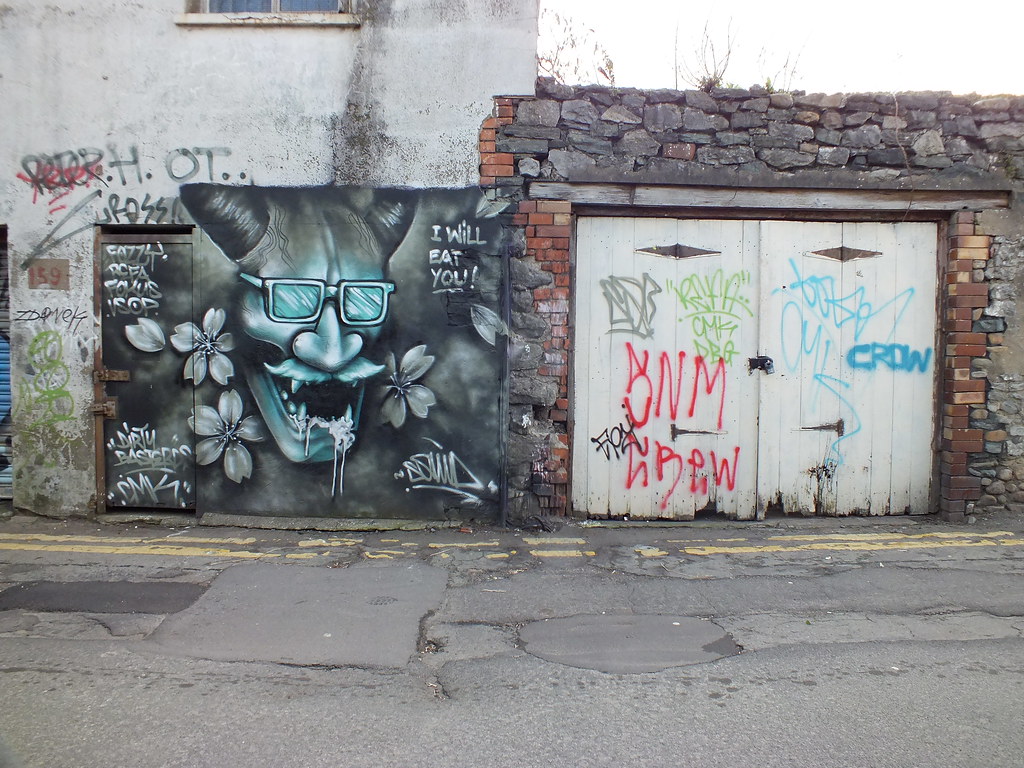 At the start of 2013 artist Squid took to the Elm Street lanes in the Roath part of the city to create another masterpiece.

The myriad of walls and doors makes it a great places to paint amongst all the varied textures of brick, stone and rendered walls. (Throw in some wooden doors too)

Painting on part render and part door the artist has created a creepy character in monochrome with just a single teal colour for the skin. 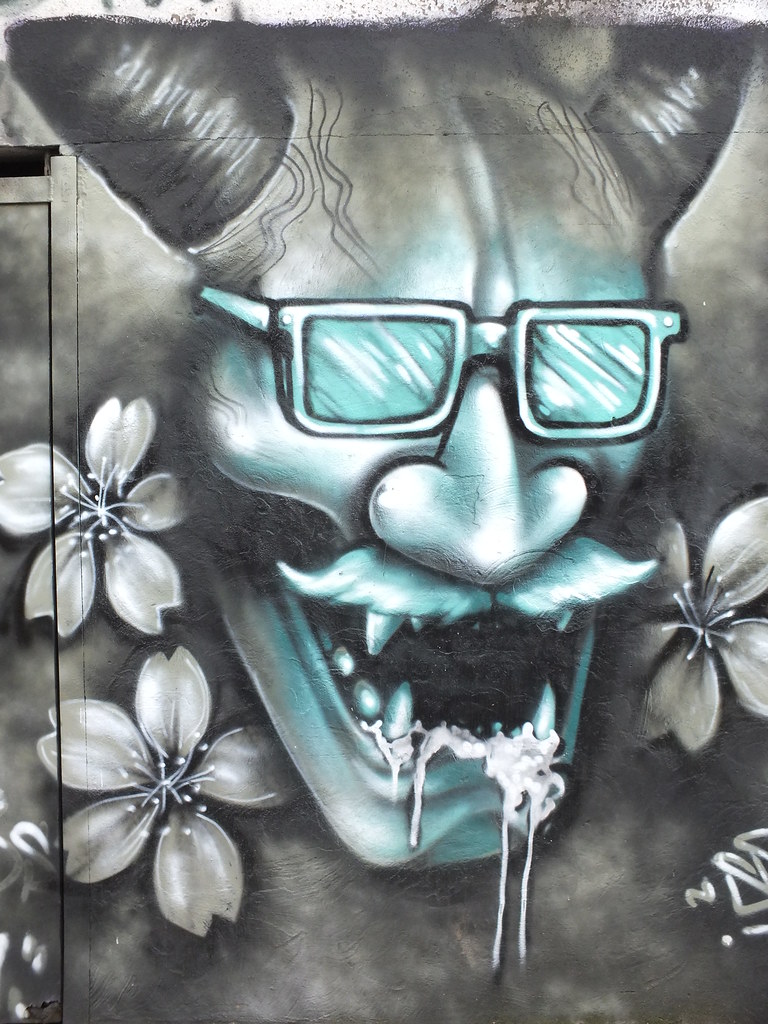 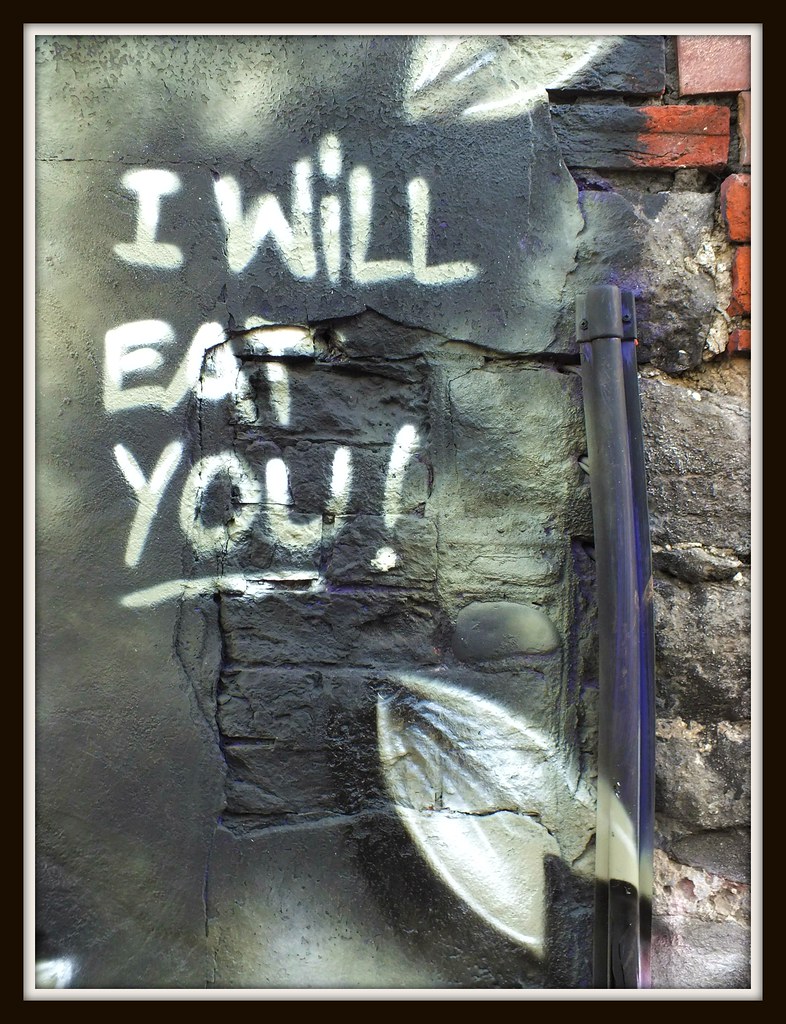 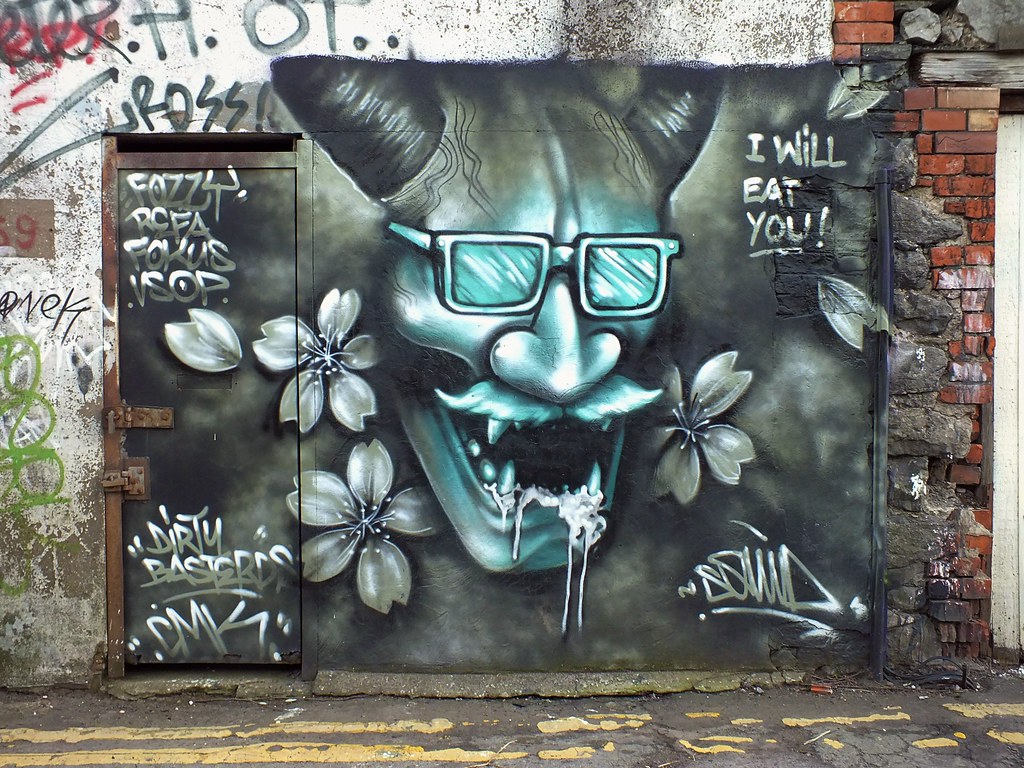 Featuring a spectacle wearing character with some gooey white fluid in his mouth. #justsaying

Sporting some horns and rather fang-like teeth there is some large text making a statement, a threat and a promise:- 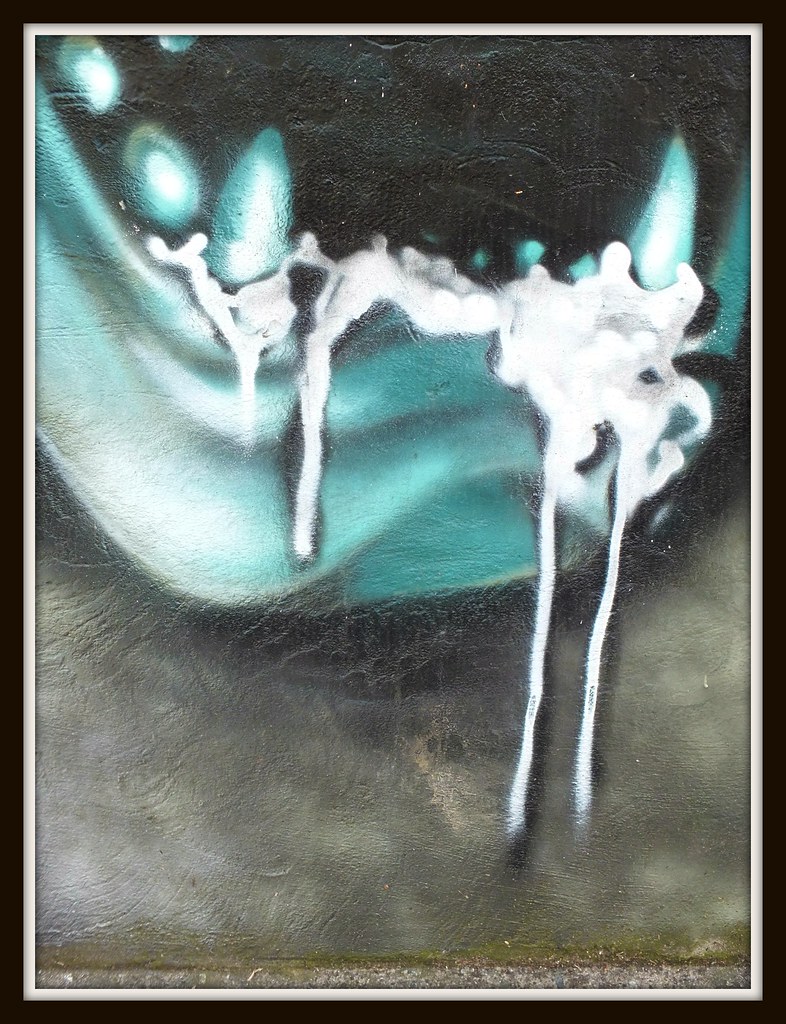 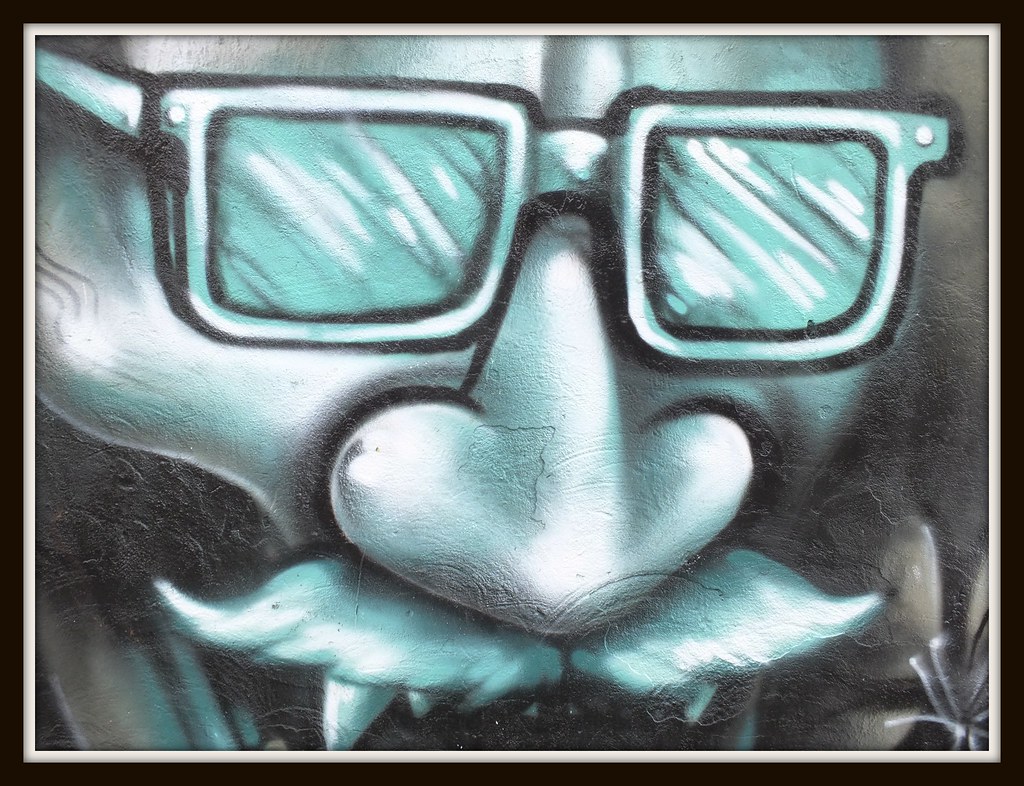 Also getting a tag on the work are CMK, Refa, Fokus, Vsop, Fozzy and the ‘Dirty Basterds’ 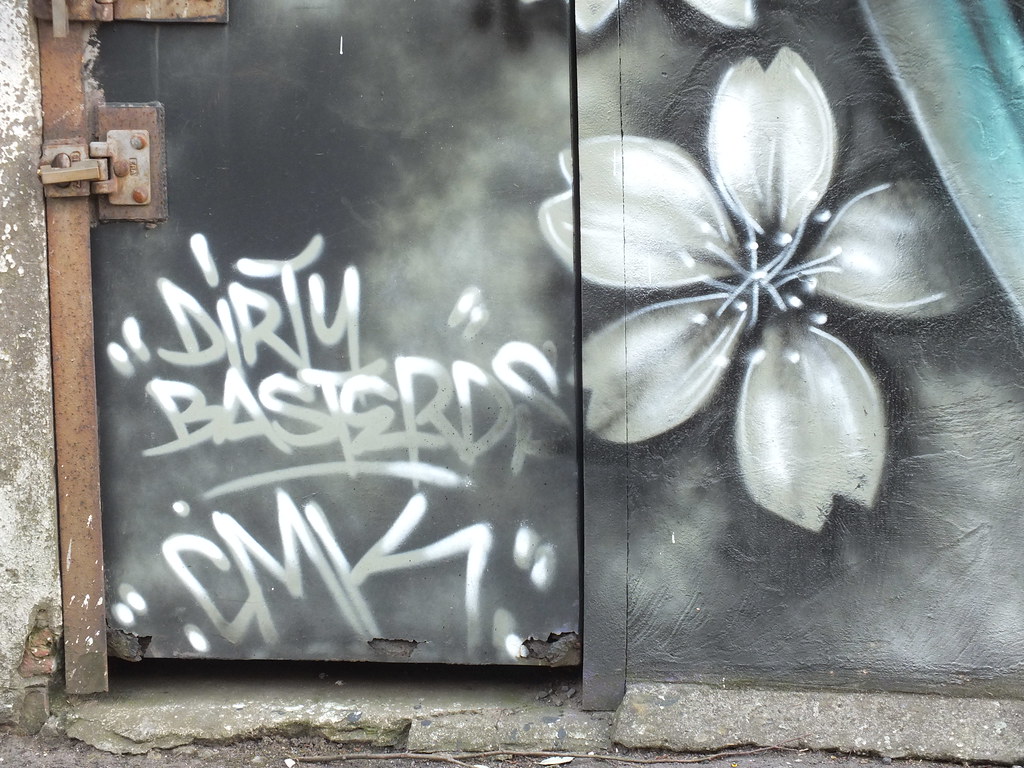 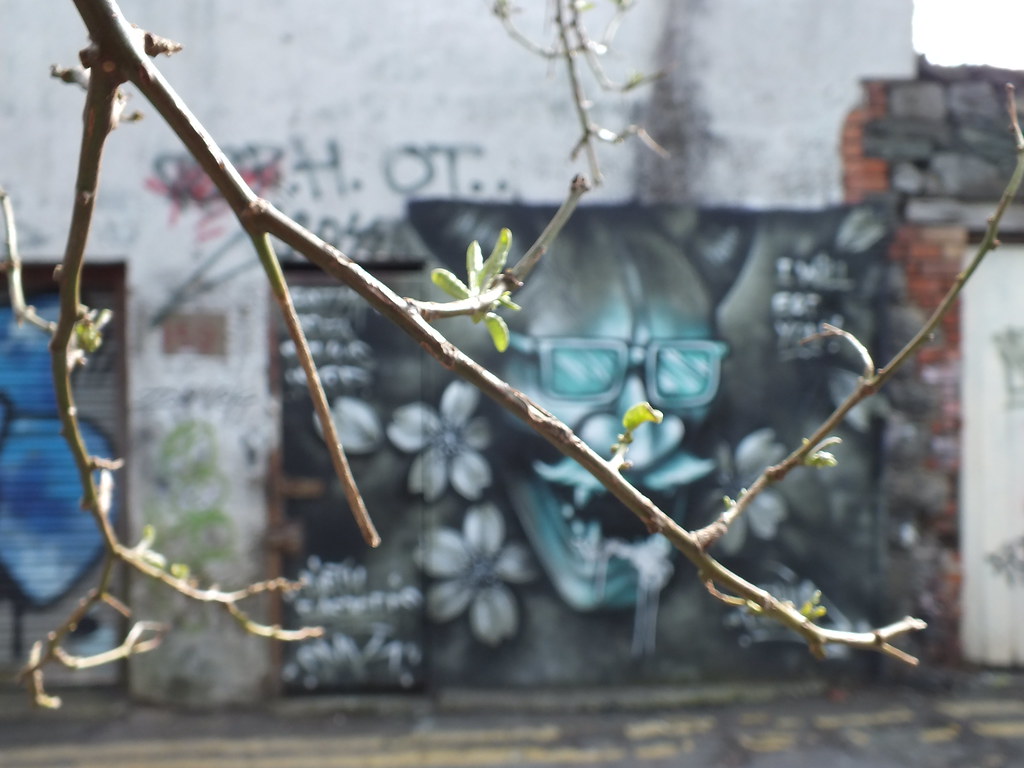 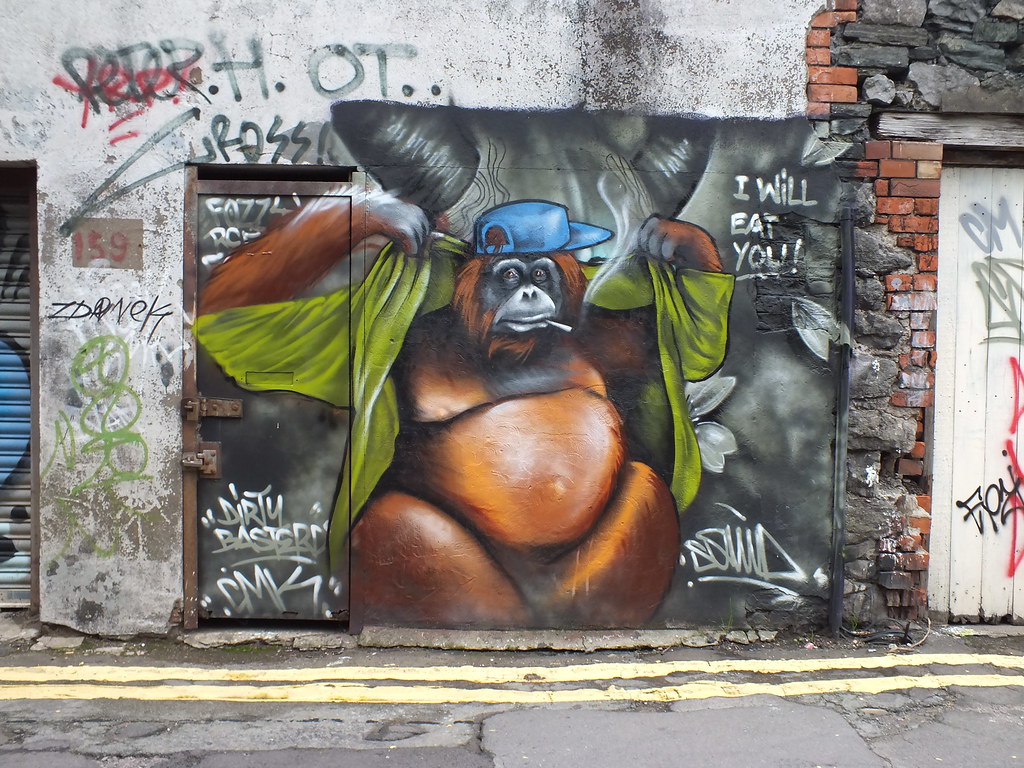 Then appearing a month or so later – the creepy character was replaced by this cheeky chappy!

The most laid back and casual looking gorilla out there (or could it be an orangutan?) sporting a lime green shirt and blue base ball cap. 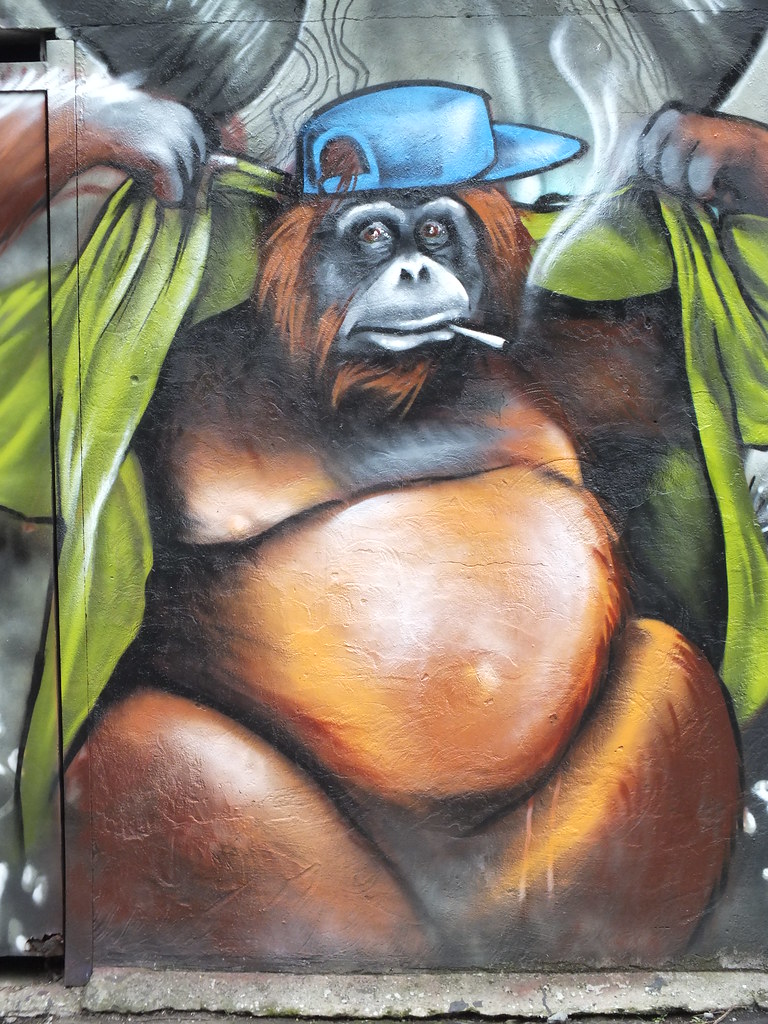 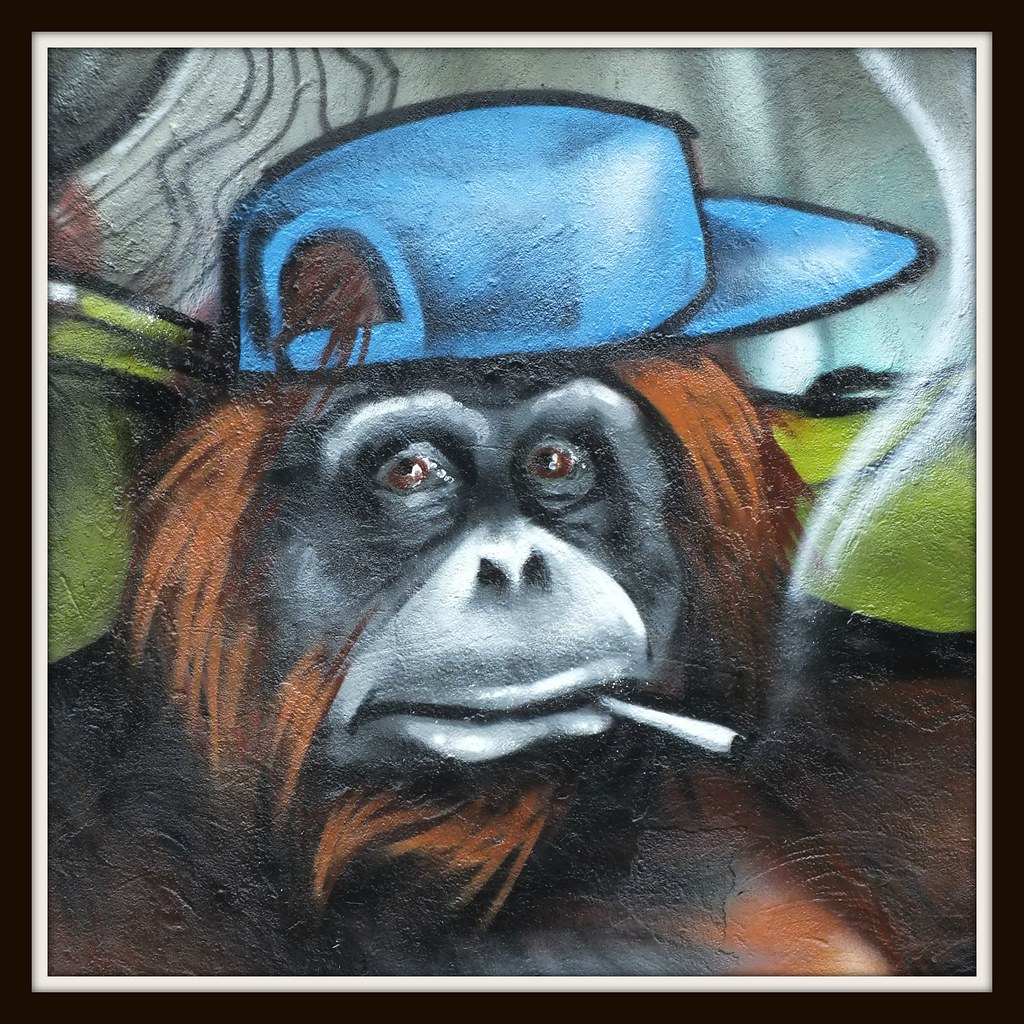 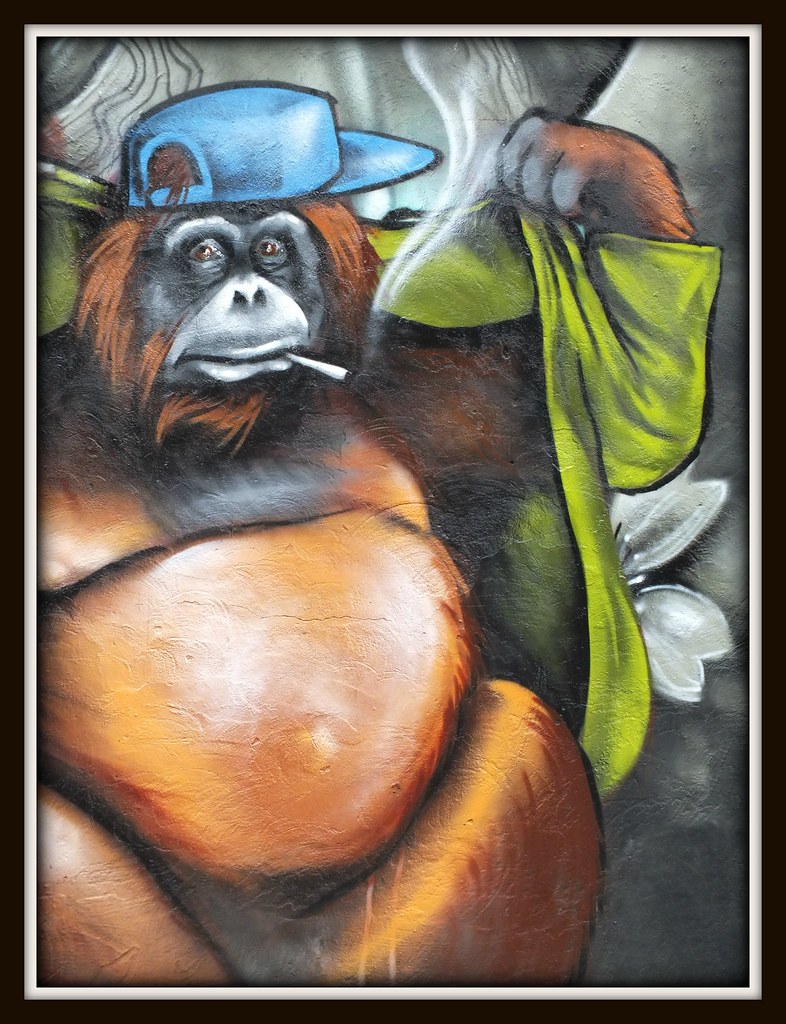 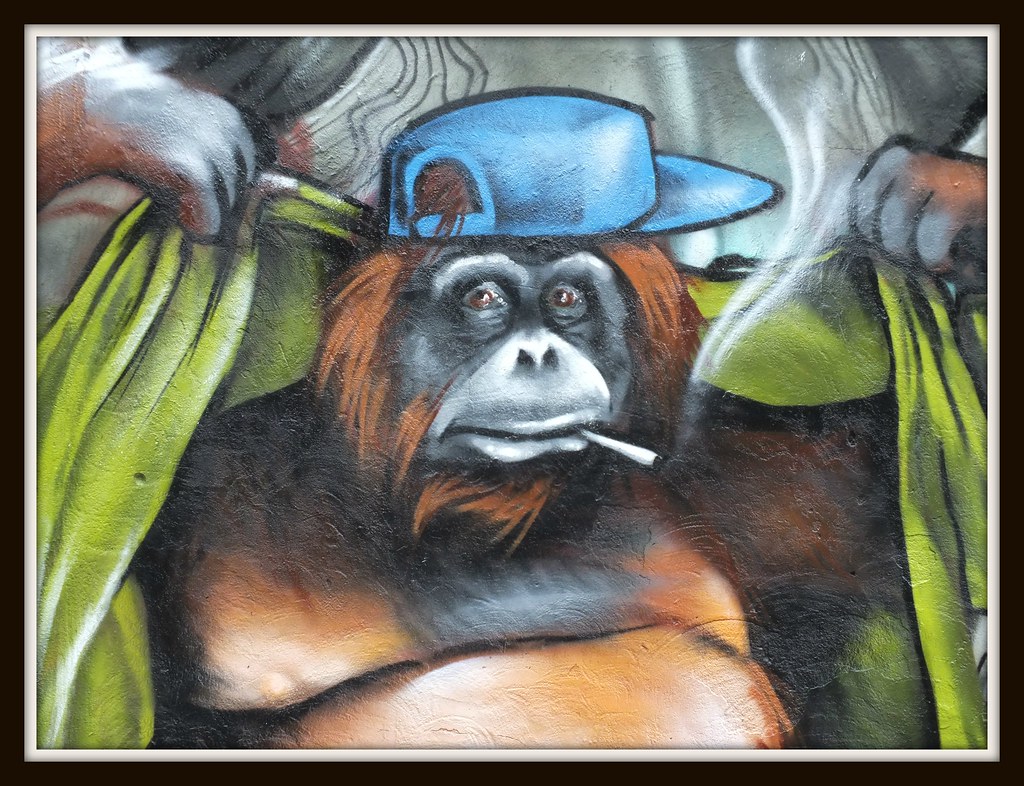 Another cracking Squid creation and it’s not only the gorilla that is smoking!

PS I wonder if he’s eaten the previous character? 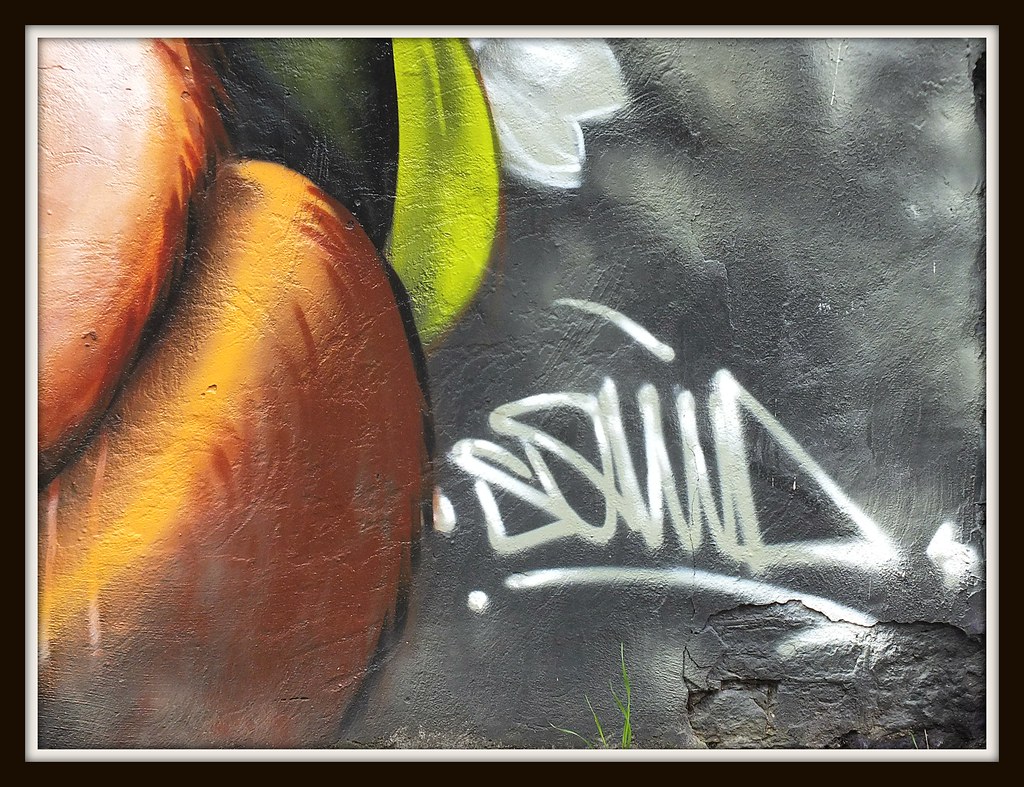 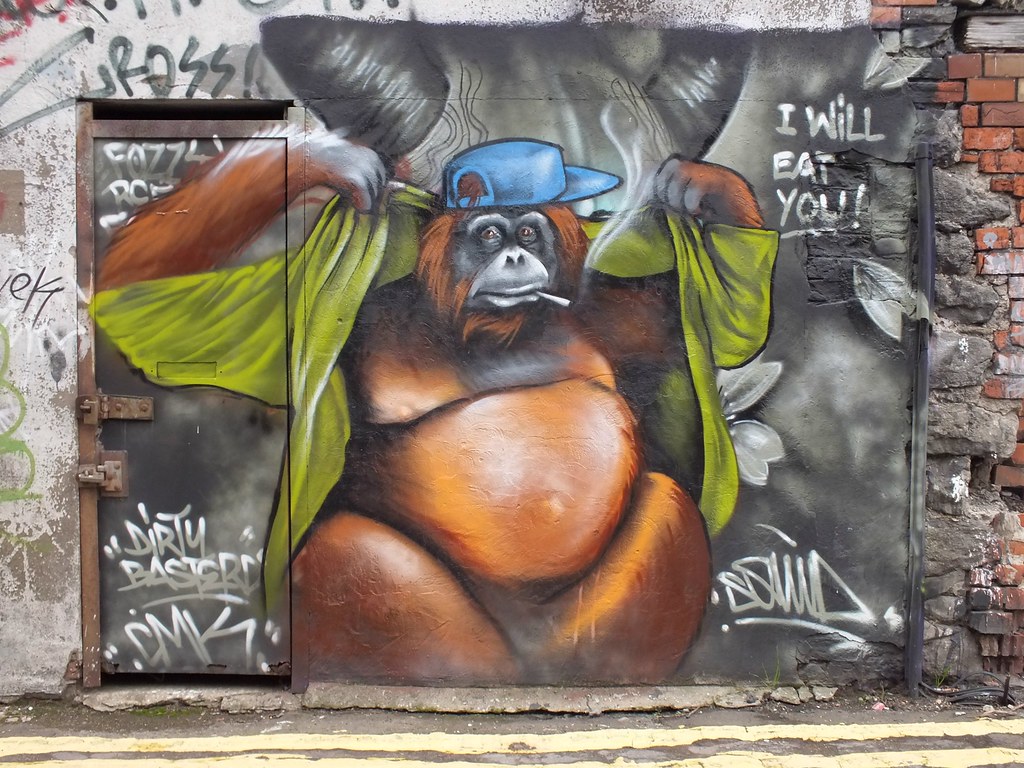