Artist Colour Doomed has been extremely busy painting the full length of a whole wall in the west part of the city of Cardiff.

Utilising a red bricked wall which other artists have previously used many times to brighten up this back street passage in Ely. 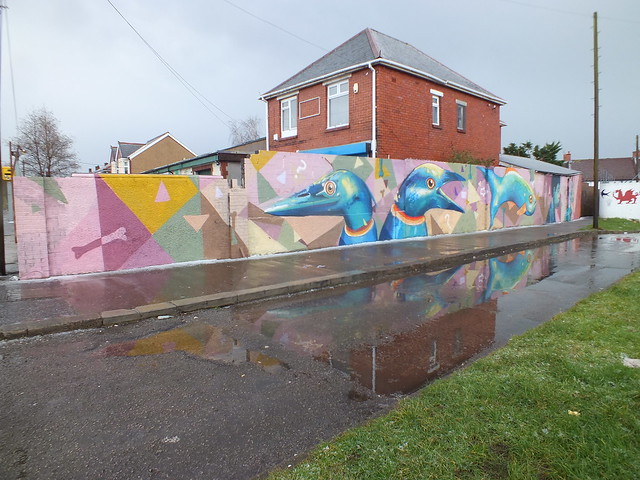 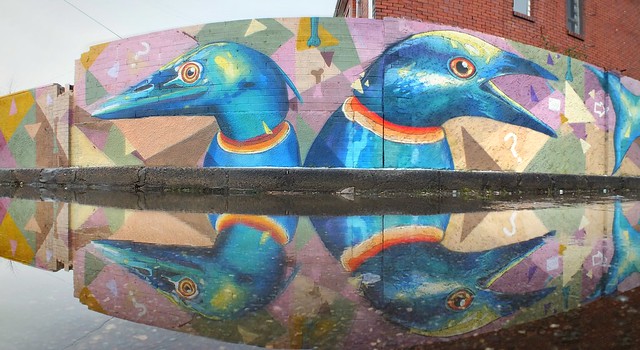 Using a fantastic palette of colours including some more warmer pastel shades – these detailed pieces cover the whole length of the wall.

Featured at the beginning are two playful birds – is that an emu on the left? (Bird spotting is not our strong point!) – probably cormorons? 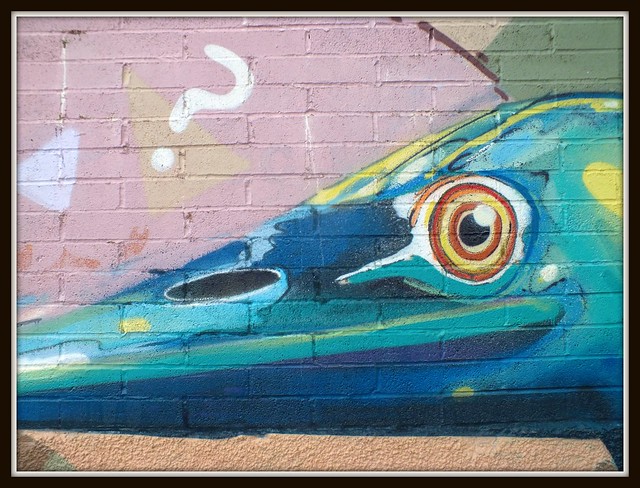 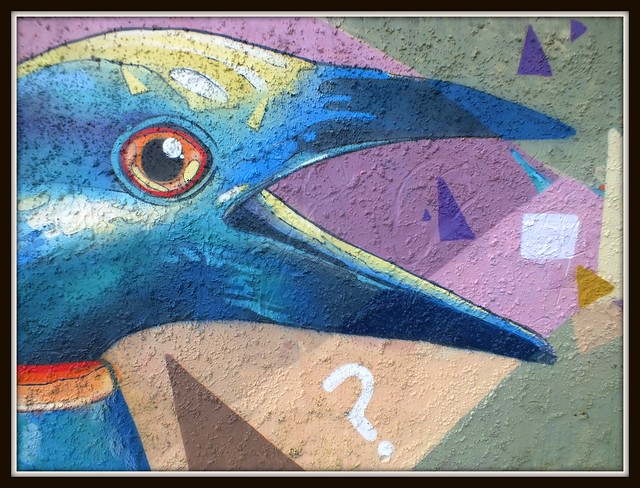 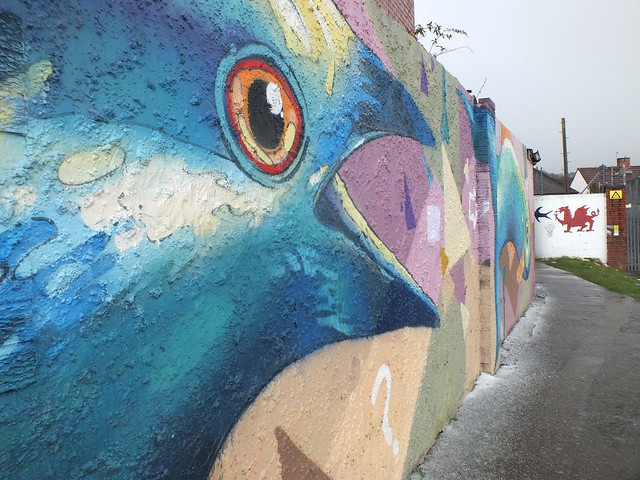 Featured next to the birds is a very colourful fish – the artist has named this part ‘Chase the fish’ on his Facebook page. 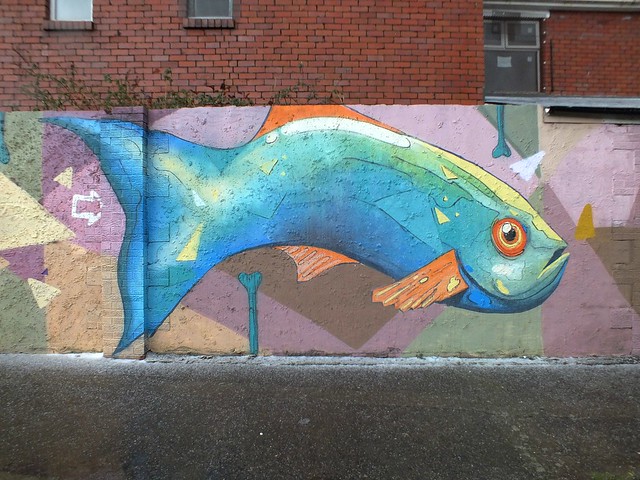 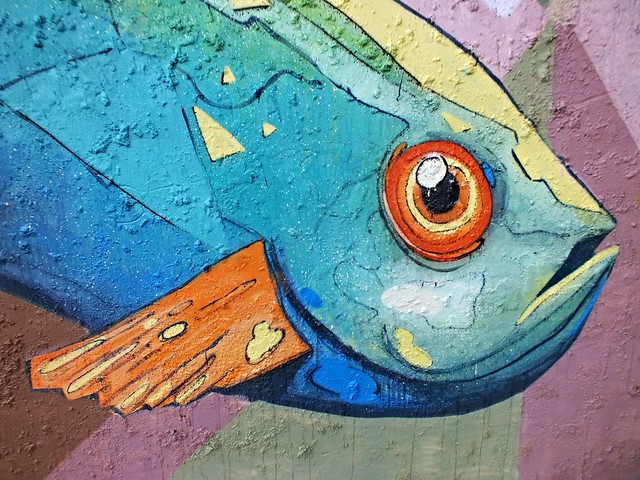 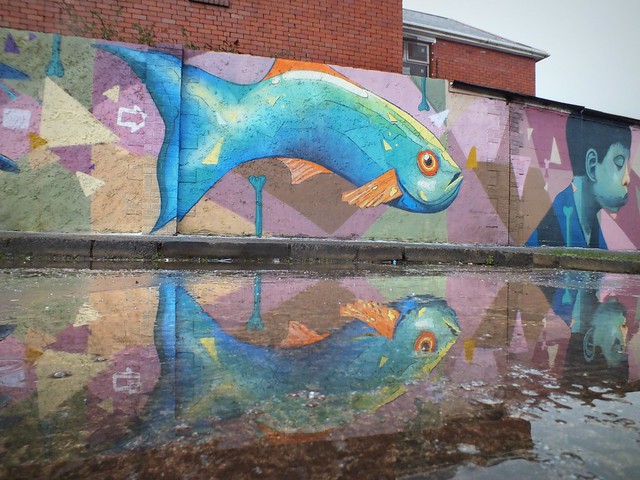 A small child is painted next with his lips pursed whistling away.
Also featured throughout is a geometric background littered with triangles, the odd question marks and even some bones neatly tieing all the work together. 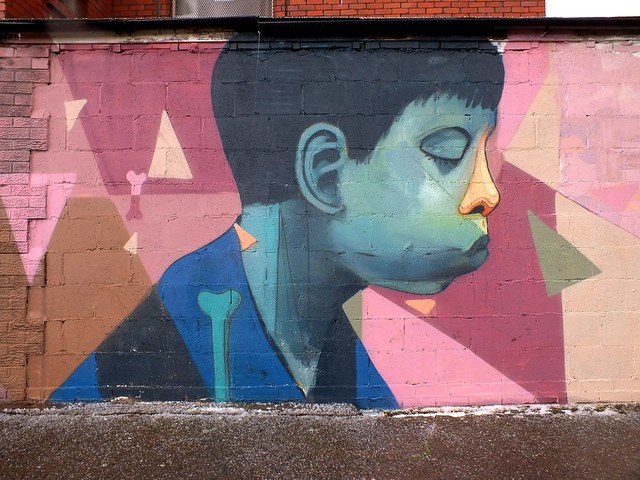 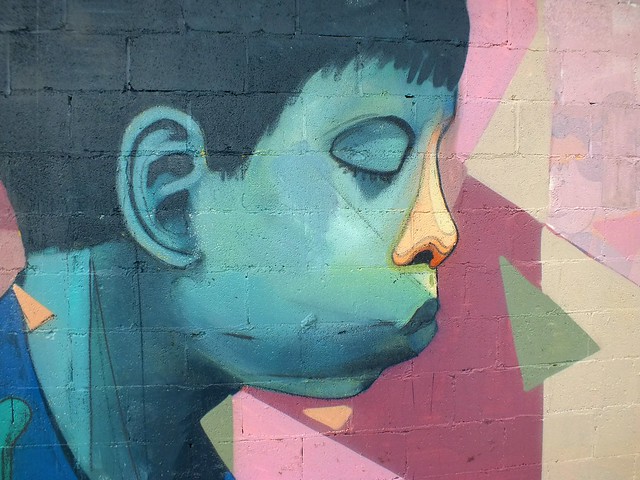 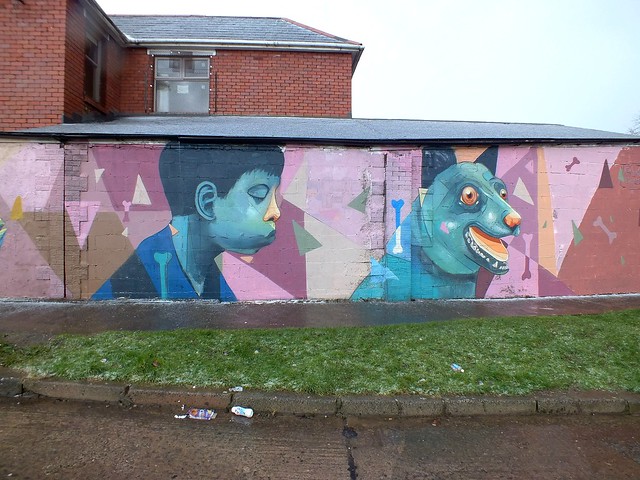 My favourite piece from the whole wall features this charismatic dog (love the jaw detail!) which has been titled ‘Whistle the hound’ – such a fun loving expression on the dog’s face. #superb 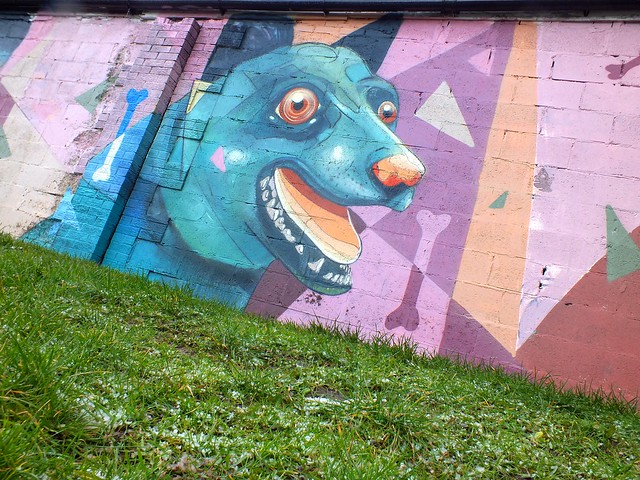 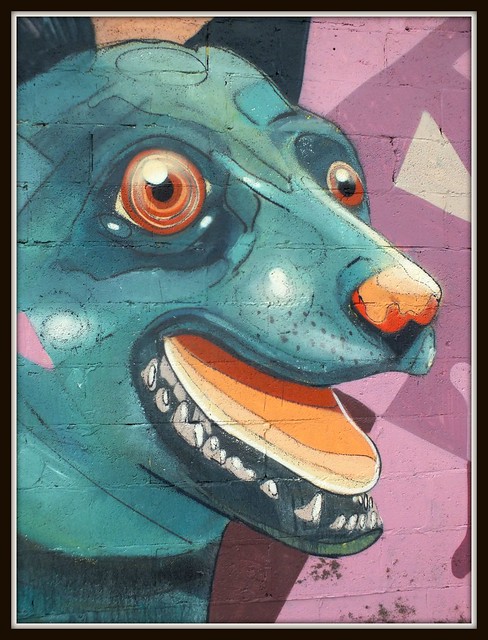 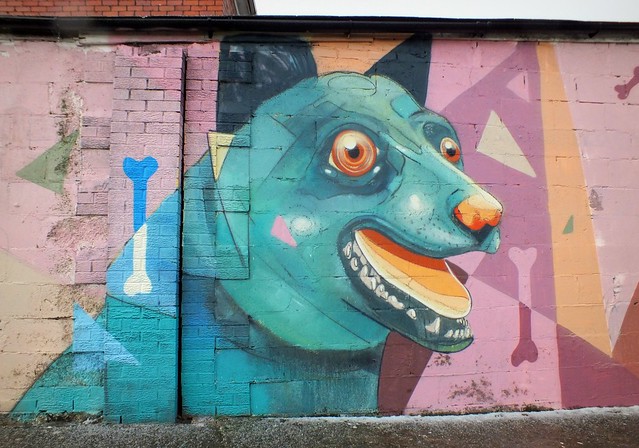 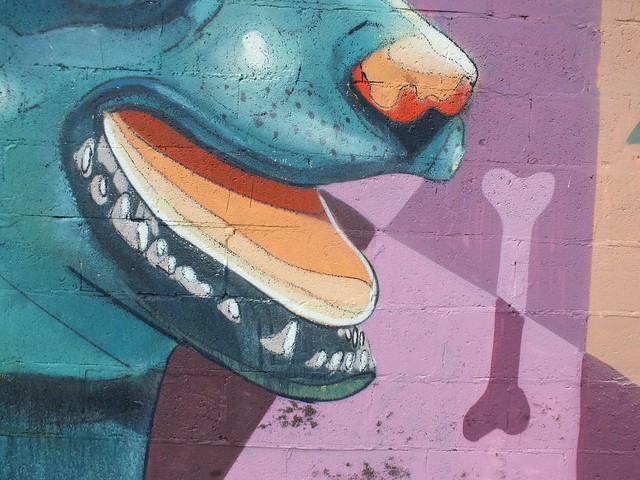 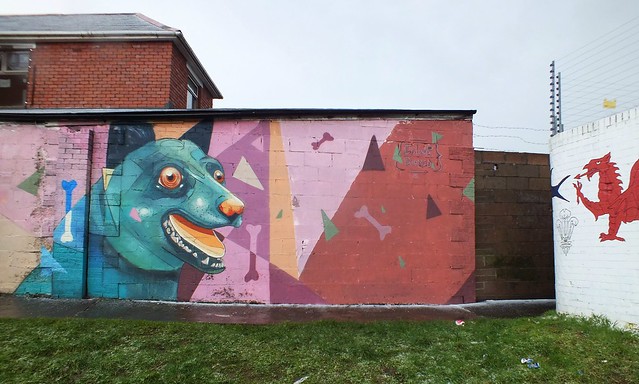 The photographs were taken in between all the stormy showers of rain, sleet, hail and snow – some of which is still apparent at the bottom of some of the shots.
Which also led to some great reflections in the puddles that remained throughout the shoot. 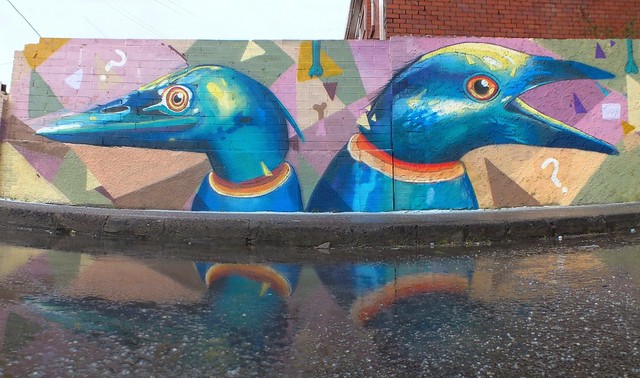 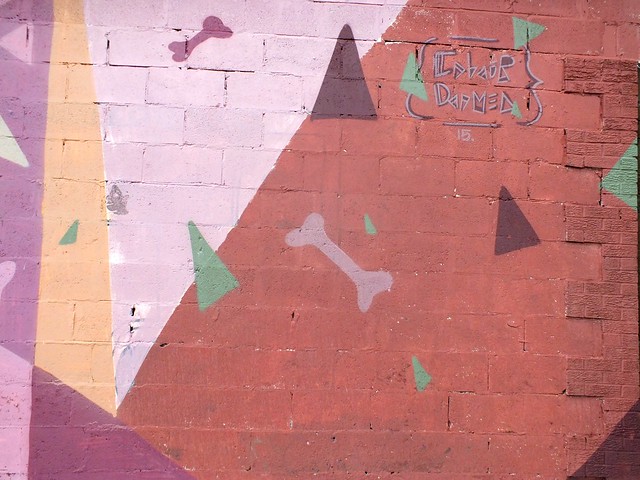 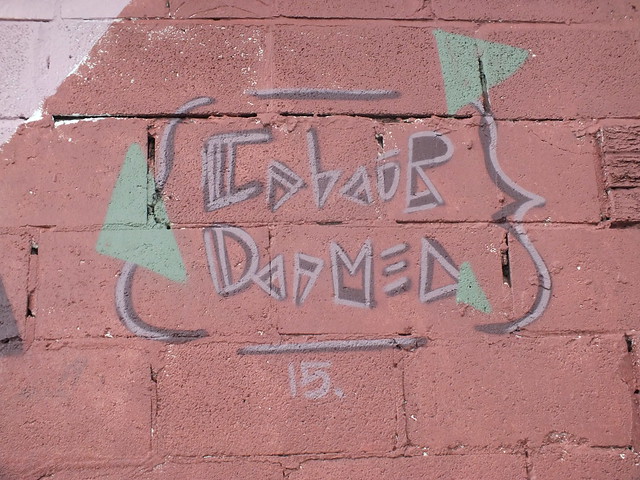