Back in October 2014 the Empty Walls Street Jam took place with artists and writers arriving from all across Cardiff with some further afield from Bristol and Birmingham – all primed ready to paint on the hoardings surrounding the vacant Western Mail and Echo site near the Millennium Stadium.

View some of the original art work on the link below:-
https://diffgraff.wordpress.com/empty-walls-2014-vandal-in-the-wind/ 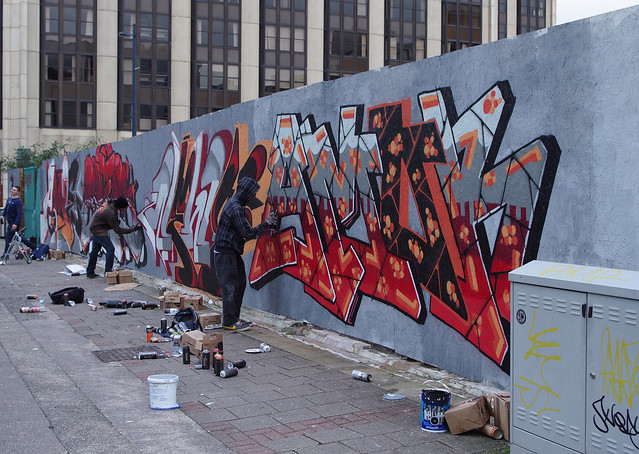 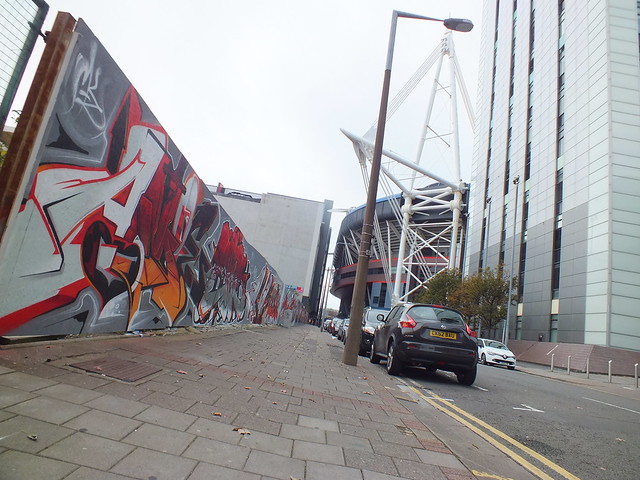 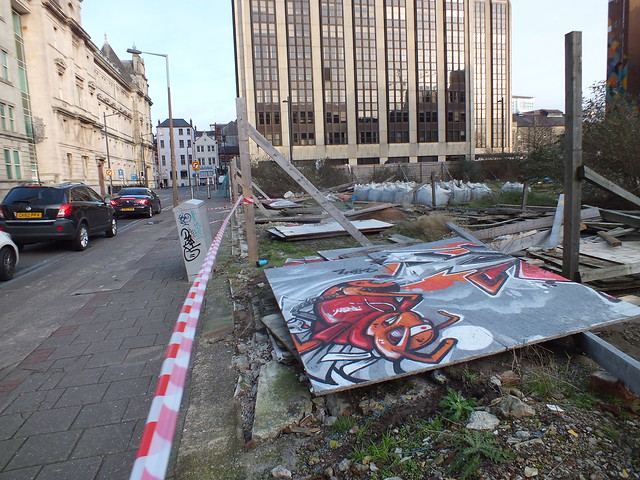 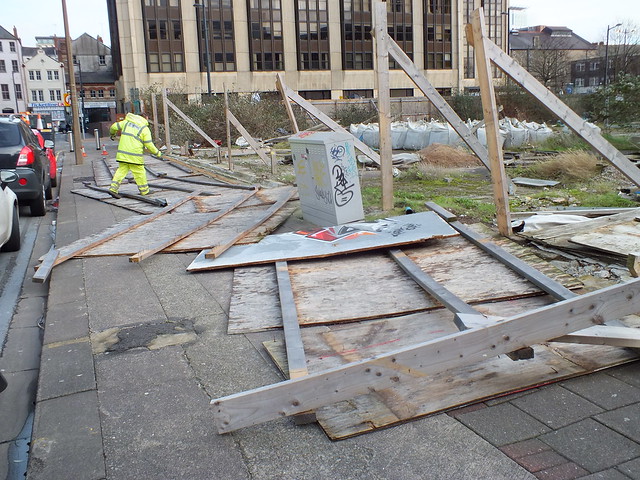 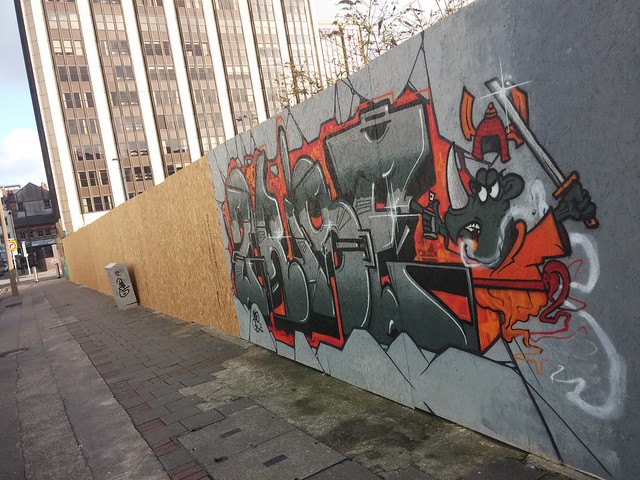 Unfortunately due to high winds in January 2015 a portion of the display was wrecked and later removed.

New hoardings were then erected, painted grey and once again proved a great canvas for more artists to paint on.

First up is this bright and colourful work from CMK and Refa featuring a dope character wearing um… is that really a gimp mask?! 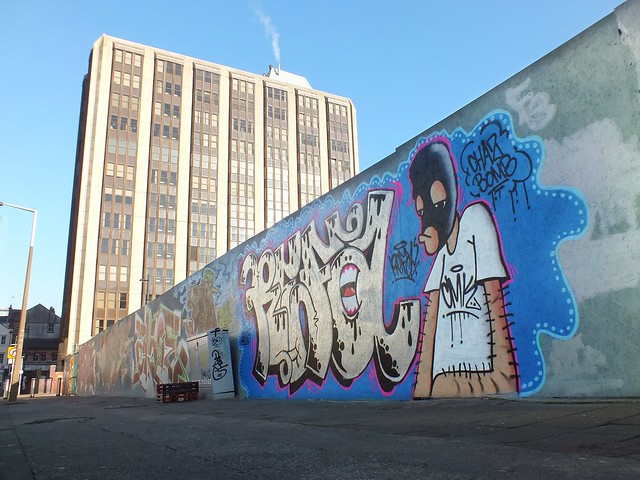 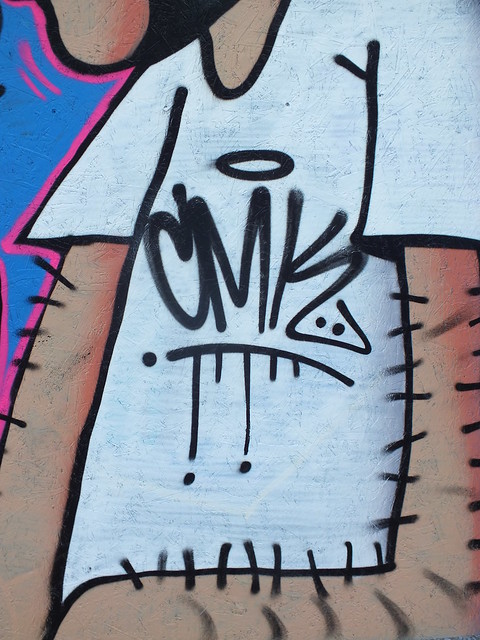 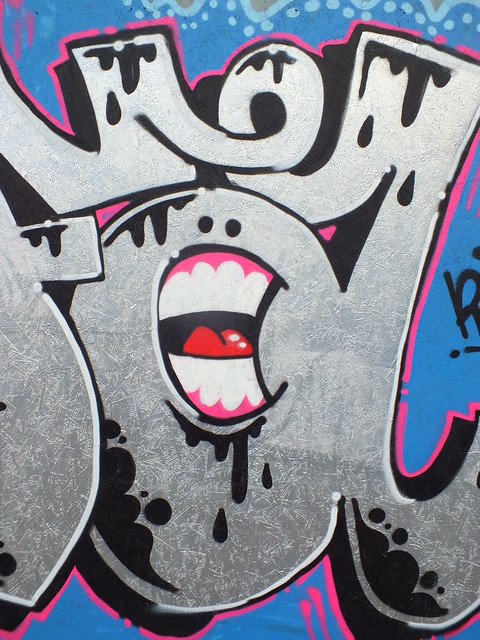 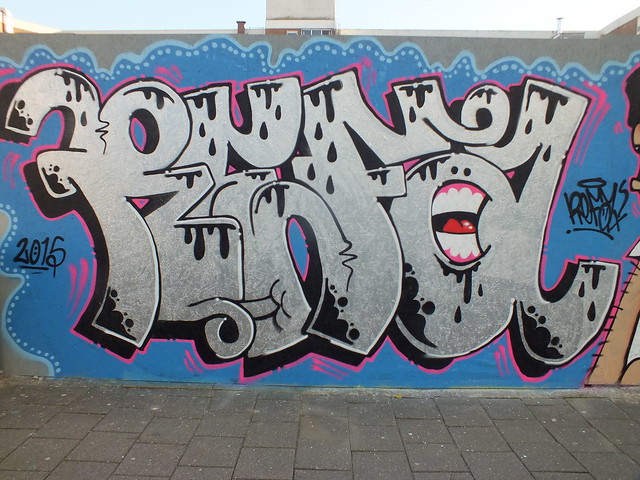 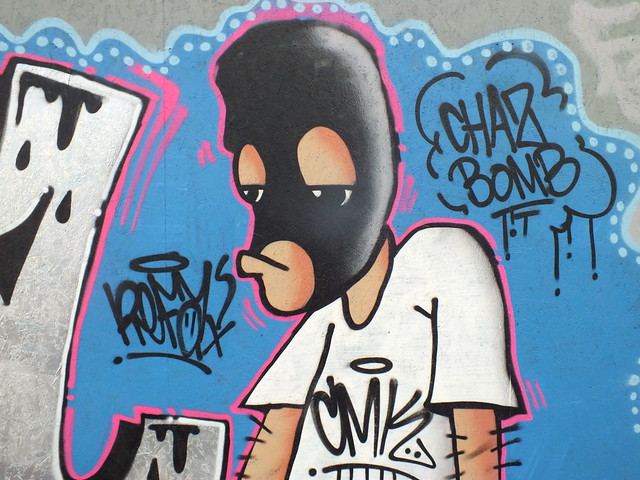 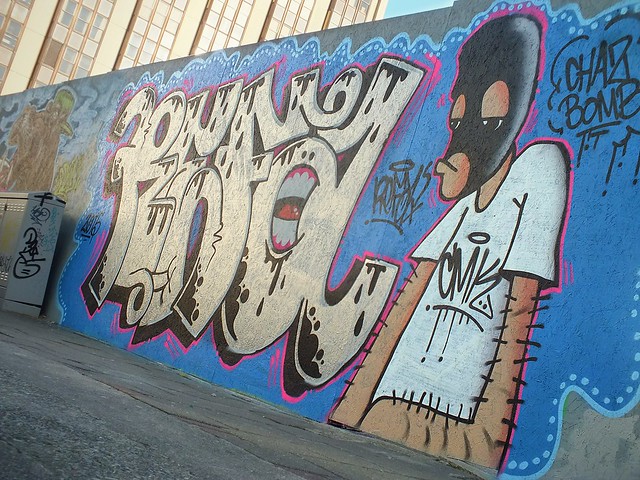 Next up is local artist Squid and another great character from him featuring a hip-hop hippo armed with a spray can! 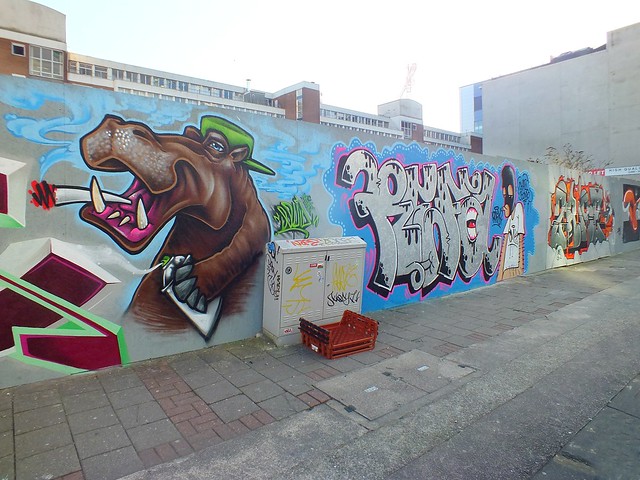 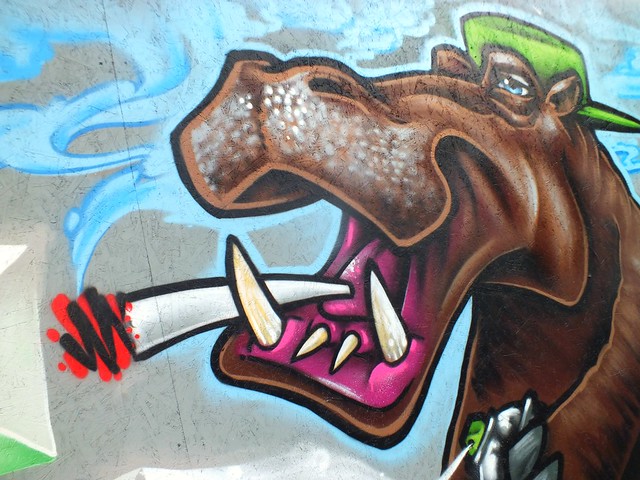 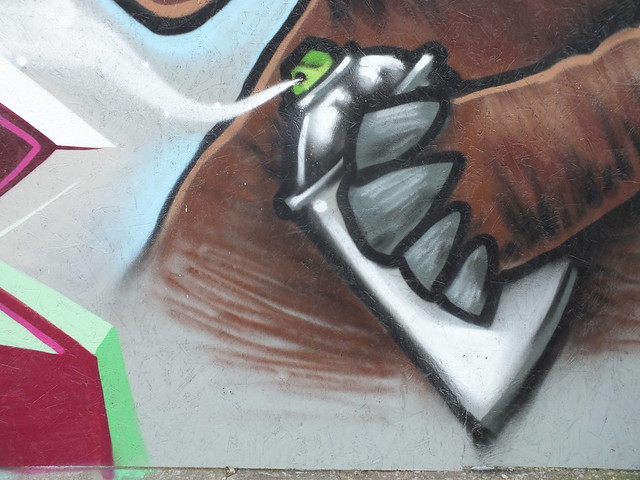 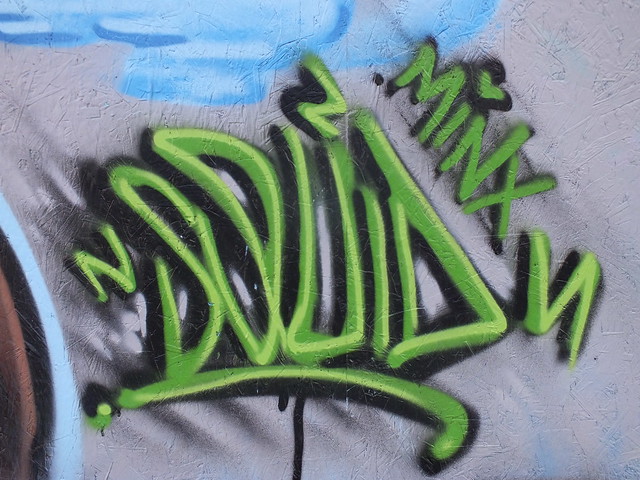 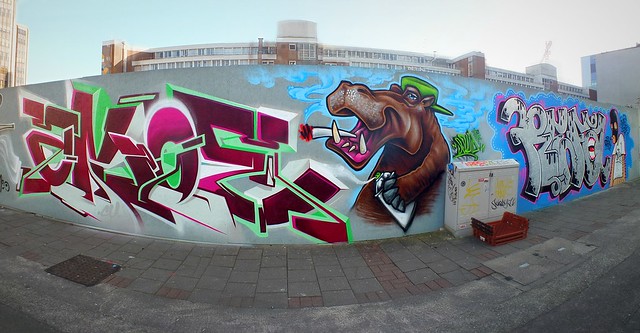 Completing the line-up were more pieces from Amok, Karm One and News. 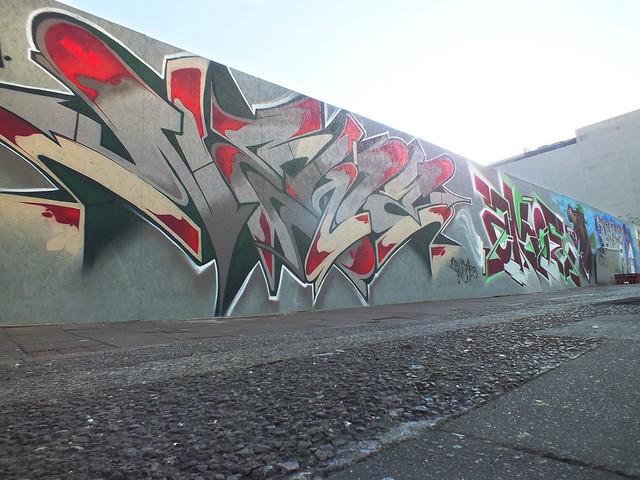 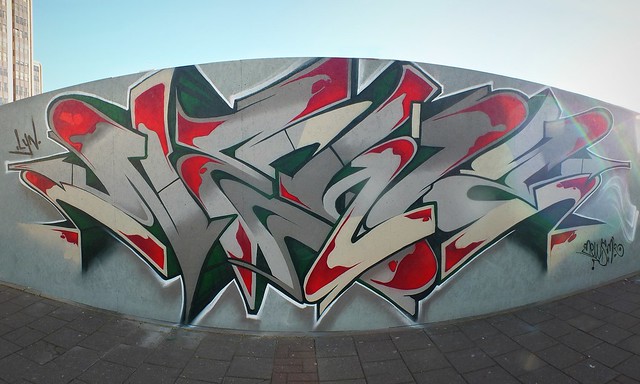 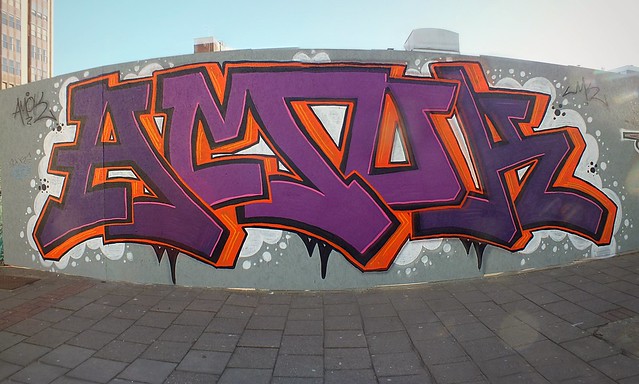 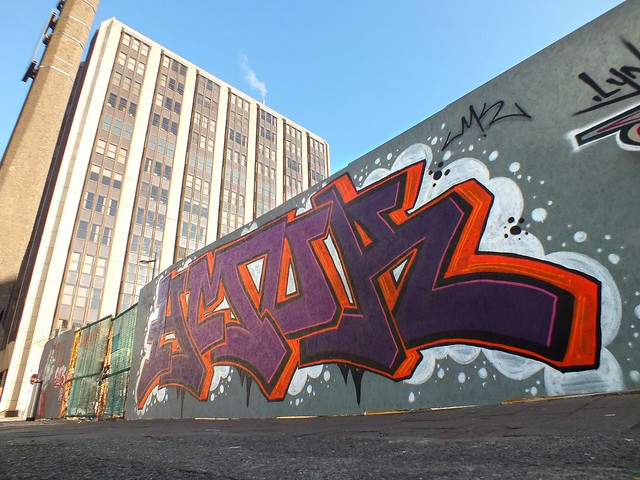