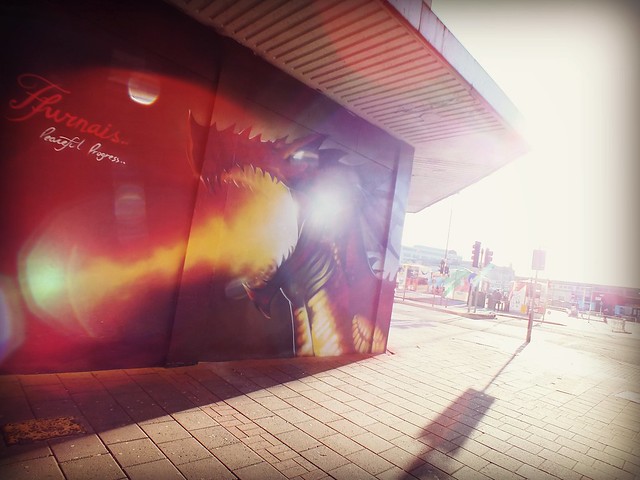 Literally just hours before the biggest battle on the Millennium Stadium pitch between Wales and England as the Six Nations kicked off – there was another battle going on just yards away from the best stadium in the UK and possibly the world! 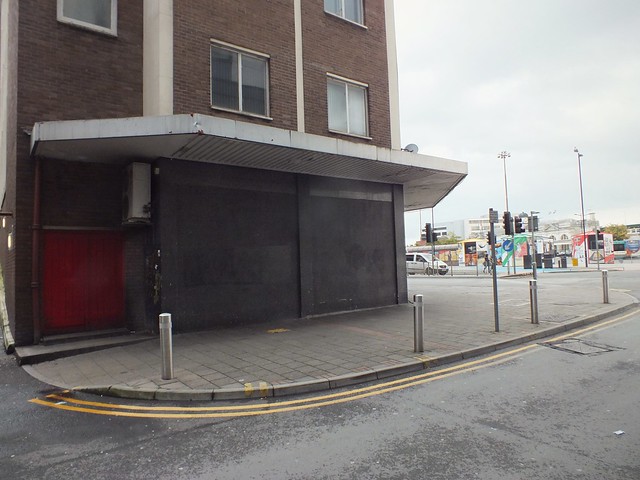 Local artist Peaceful Progress had returned to the spot where he had painted the amazing owl as part of the Empty Walls festival back in October 2014. 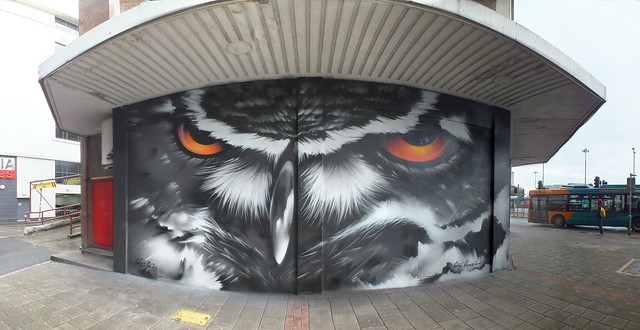 Unfortunately the original work didn’t last long as Cardiff Council had granted permission to The Dogs’ Trust to use the same wall for essentially an advert! Read more about that kerfuffle on the link below:-
https://diffgraff.wordpress.com/2014/12/05/someones-made-a-right-owl-er/ 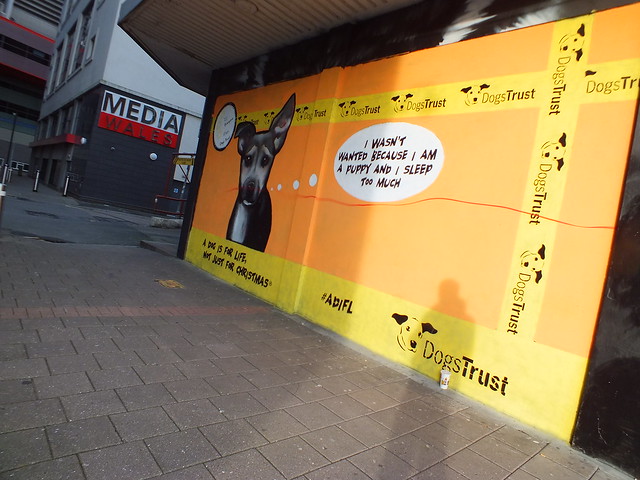 Apologies were given and received all around just in time for Christmas (Good will to all men and all that!) but over the Christmas period the advert did attract a small addition.

So this forgotten corner of Cardiff city centre had been given a few makeovers with Bryce ‘Best’ Davies the latest to add some fantastic work ready to greet the English rugby supporters as they pass by on their way to the Millennium Stadium. 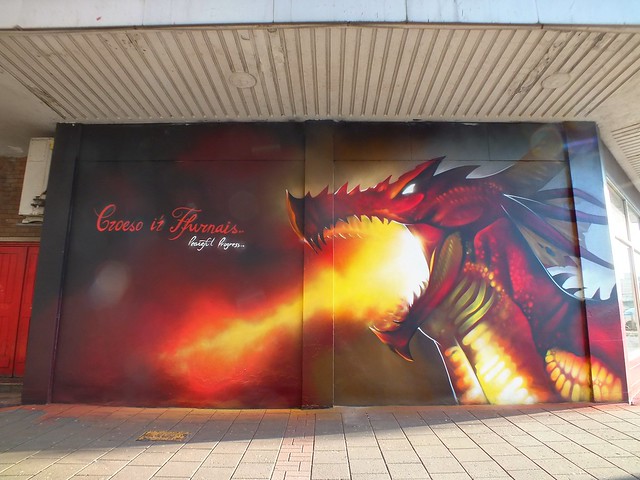 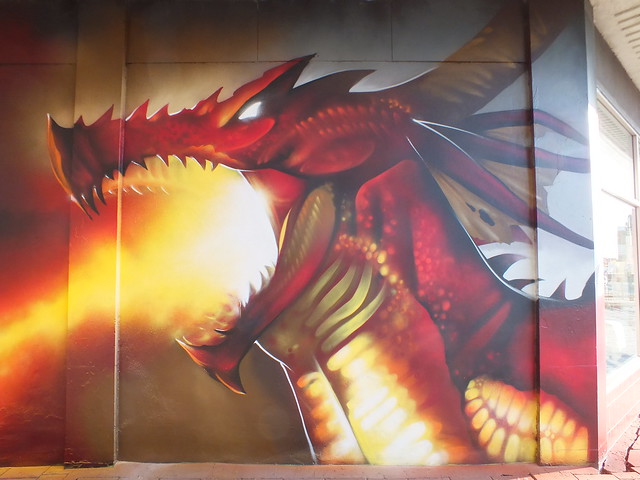 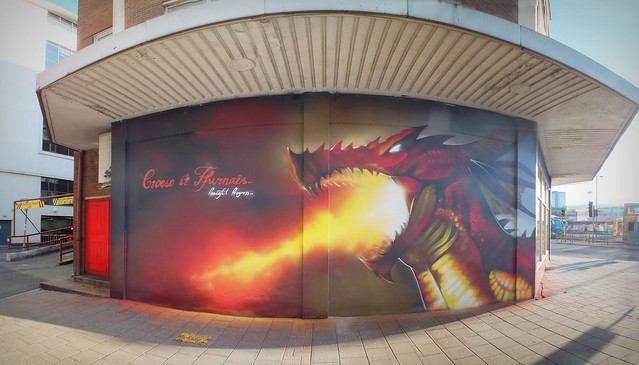 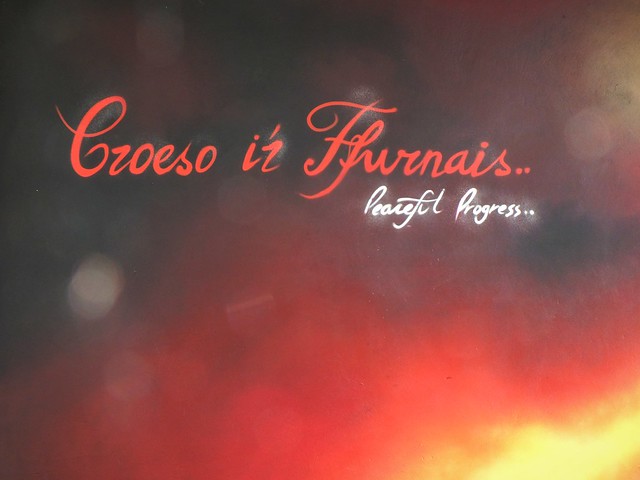 Peaceful Progress has created this striking large red dragon ferociously breathing fire across the wall complete with the Welsh wording:-

The result on the pitch may not have been what everyone wanted but it surely is a better result that we now have some great street art adorning this wall again. 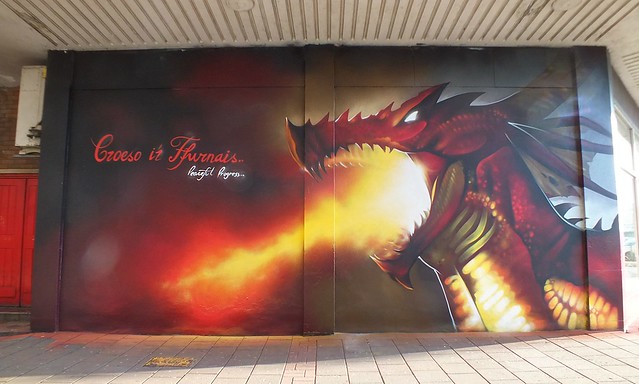