The Empty Walls Festival is a month long street art event aiming to bring colour, culture and vibrancy to the city of Cardiff – with artists travelling in from Germany, Italy, Spain and France and also closer to home from London, Bristol and Cardiff. It’s not entirely clear whether this was an intended part of the festival or not but a great addition to the city!

Using a wall just off Wood Street in the City Centre here artists Hoxe and Tizer Id set about some monkey business! 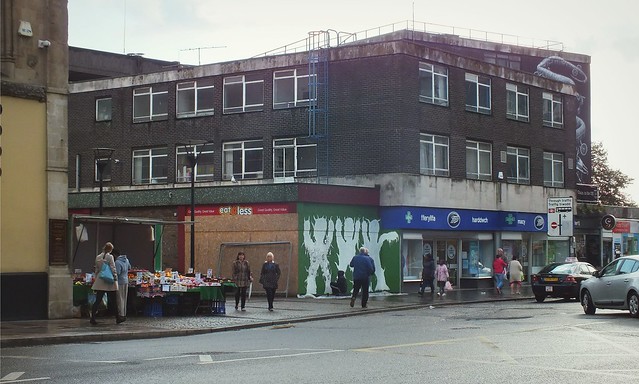 @hoxe0ne stolen photograph of me.

Painting alongside Ekstraternek they also seemed to be hampered by the weather but battled on regardlessly.

Taking inspiration from the Japanese tv series Monkey this piece features all the main characters including Monkey and Pigsy! 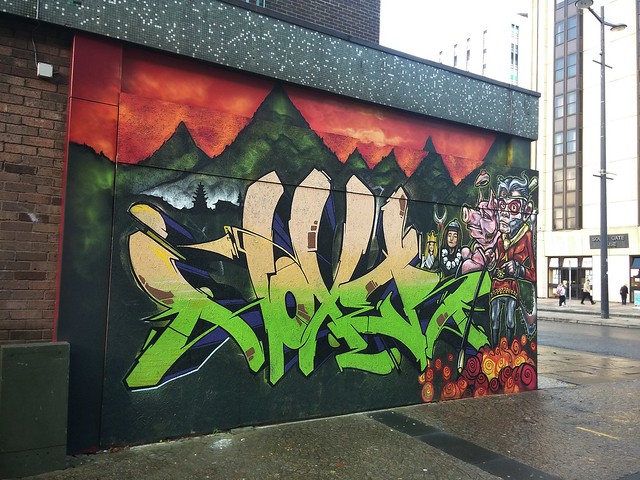 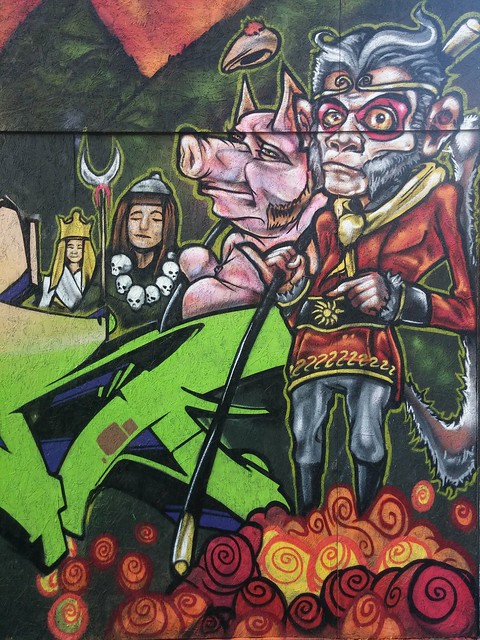 The tv series only ran over a couple of years in Japan but was shown many times throughout the 1980’s in the United Kingdom.

Click below to watch the opening titles again. (What memories!) 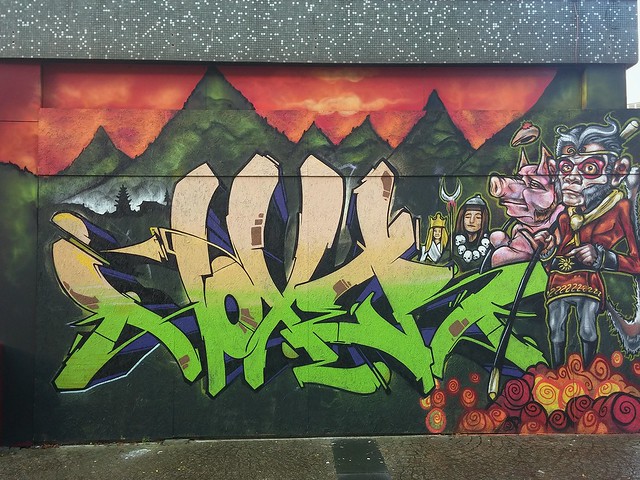 Featuring a mountainous skyline with oriental red sky this really did bring back some great memories from endlessly watching the tv series and not really knowing what on earth was going on! – what was that cloud all about that he flew on? #wavesfingersinfrontofmouth 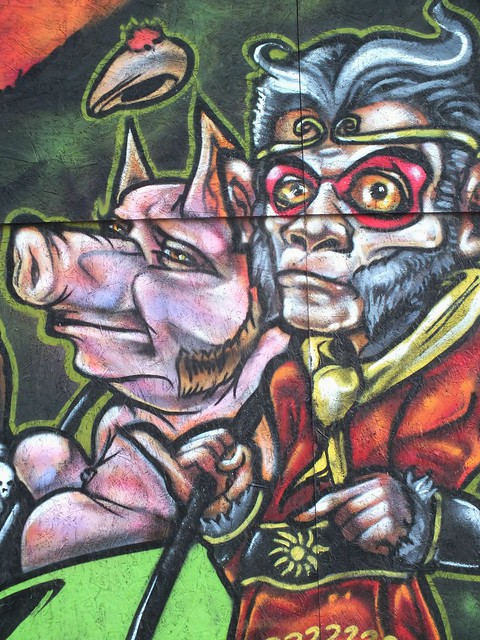 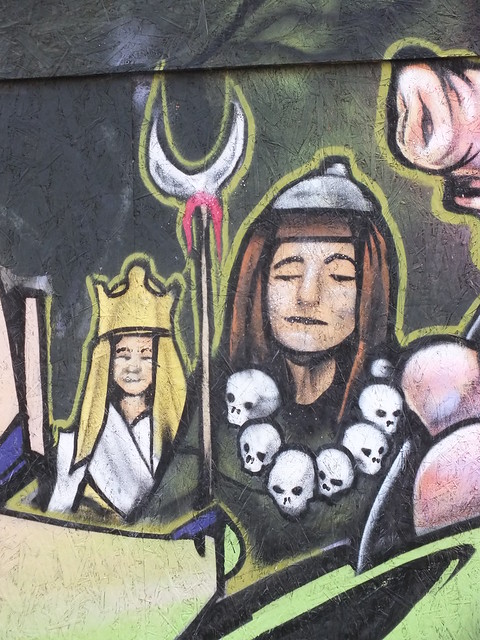 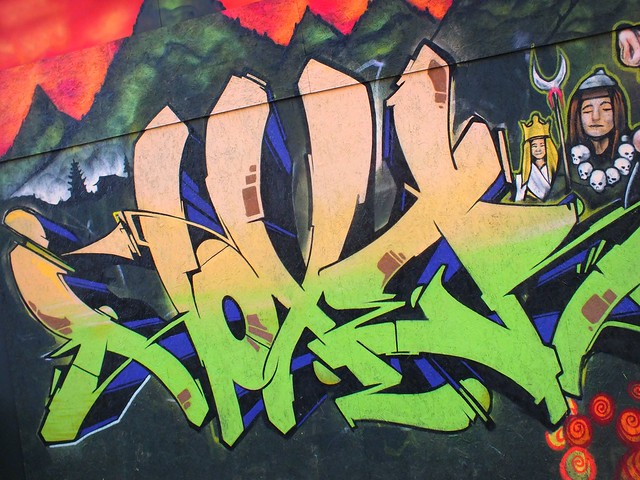 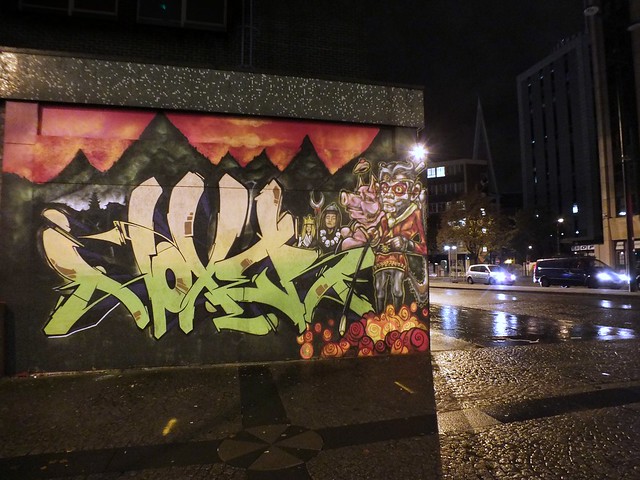