The Gorfjam is held in memory of Tom (aka Gorf) who died back in January 2011 – with events being held each year in memory of him and his work. 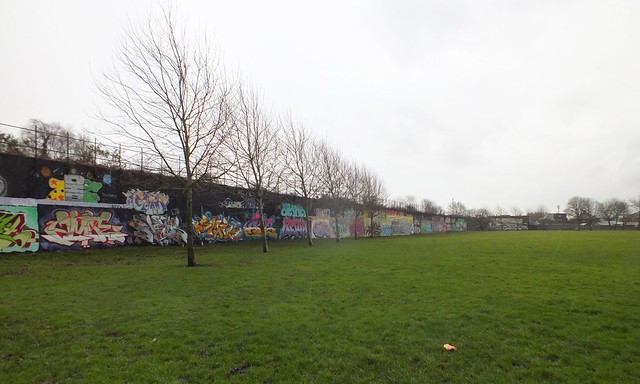 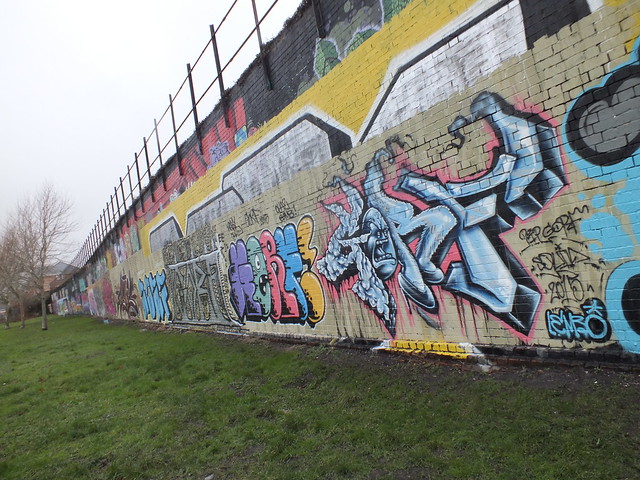 The Gorfjam invites a whole host of graffiti and street artists from the local area to paint on this 130m long wall at Sevenoaks Park in Grangetown, Cardiff.

Here local artist Squid has painted this tribute in a similar style to one that previously graced this wall. (Other version is below.) 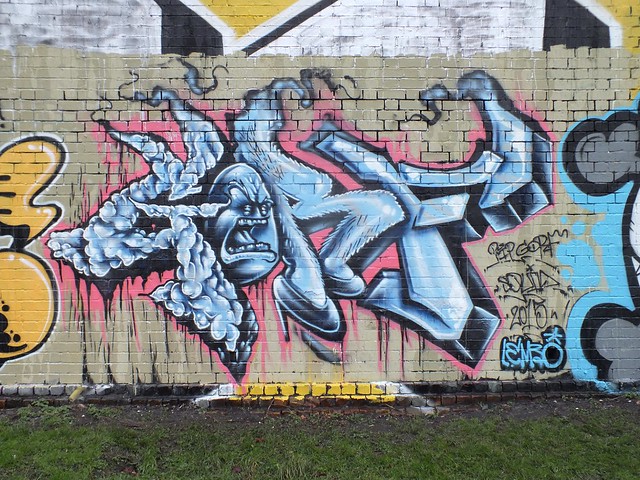 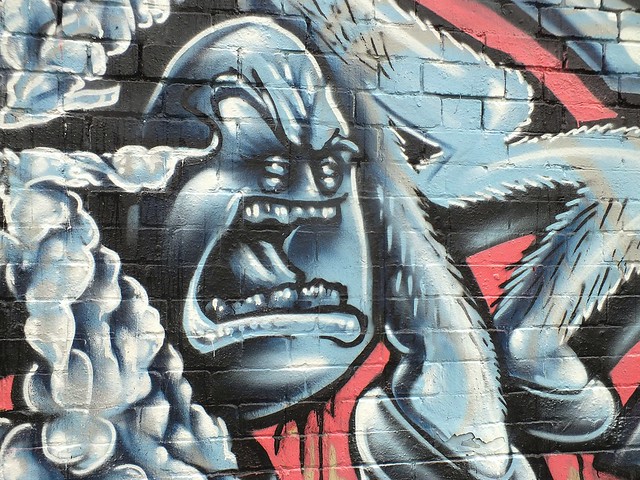 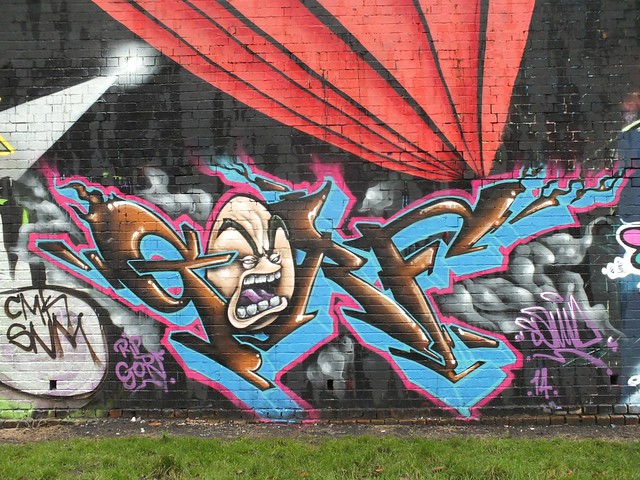 A lot of the artists designs featured work around the Gorf letters and some incorporated these letters into much more complex pieces complete with the odd character too.
Below is a selection from Ripe, Slig, CMK and Amok. 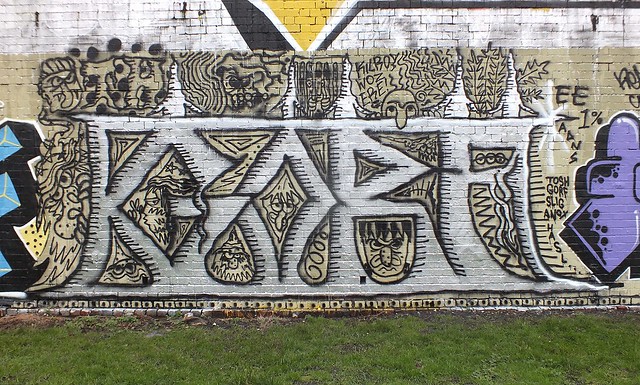 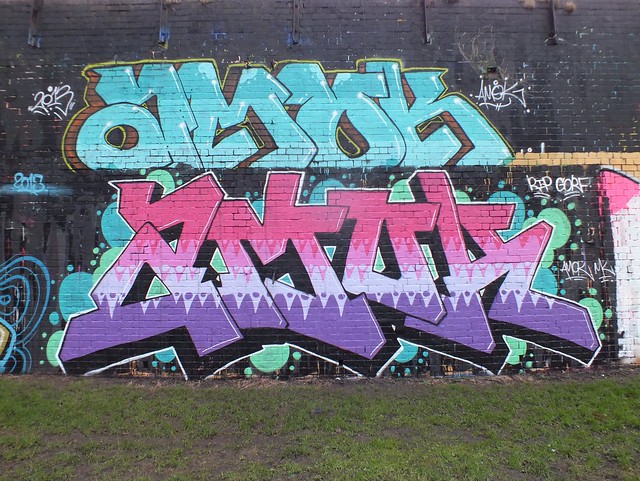 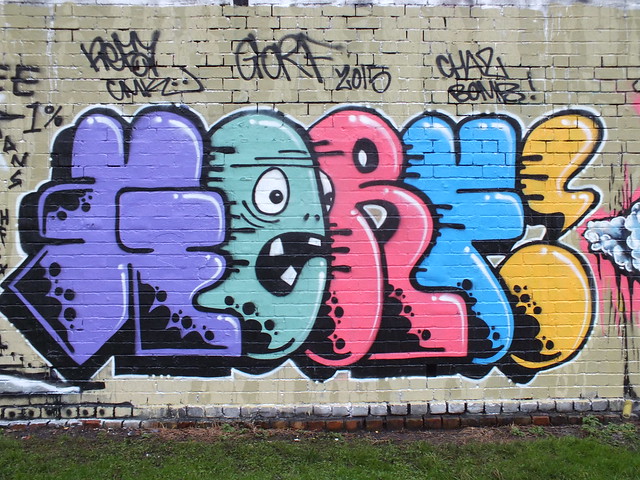 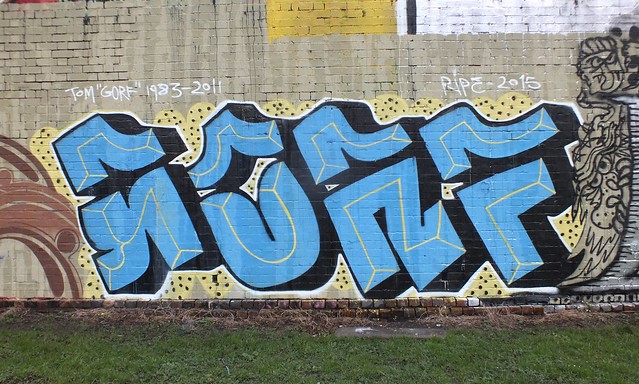 Near one end of the wall a large chunk was painted a light brown where Rmer took centre stage with this fantastic skeleton B-Boy unravelling a cassette with a pencil. (We all used to do that before iPods!) 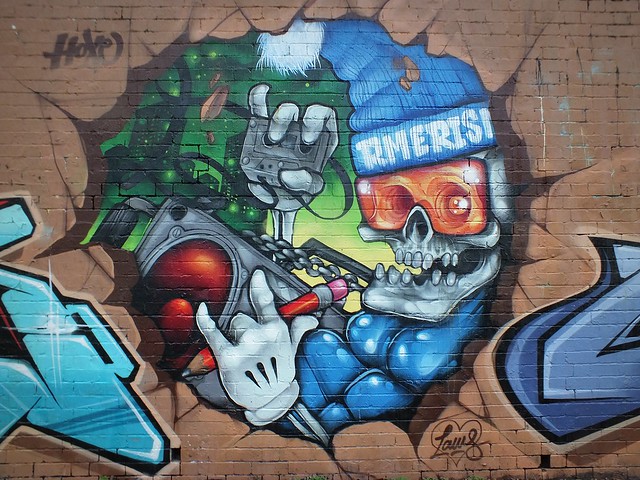 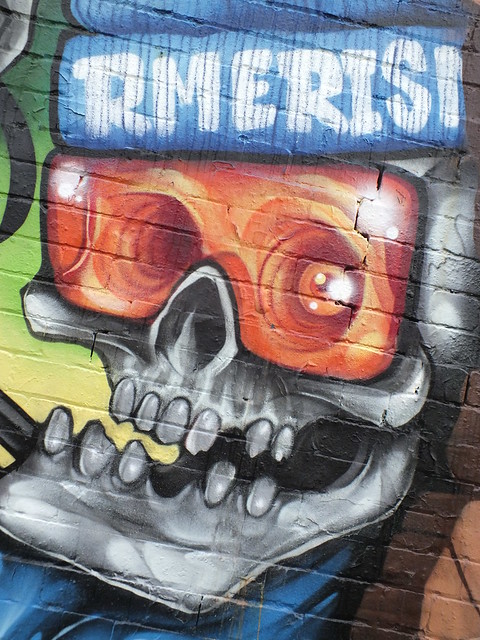 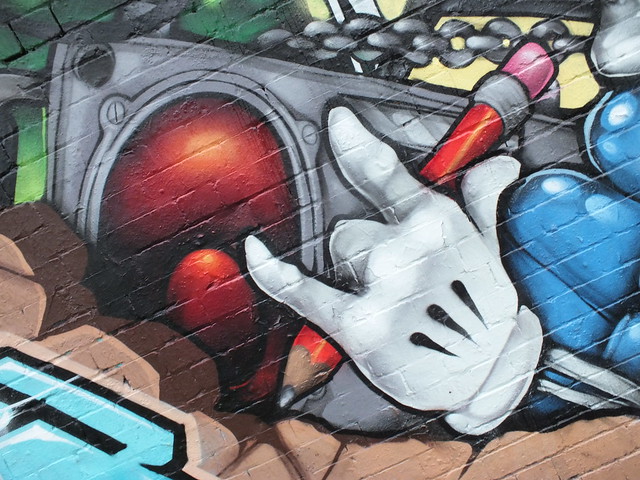 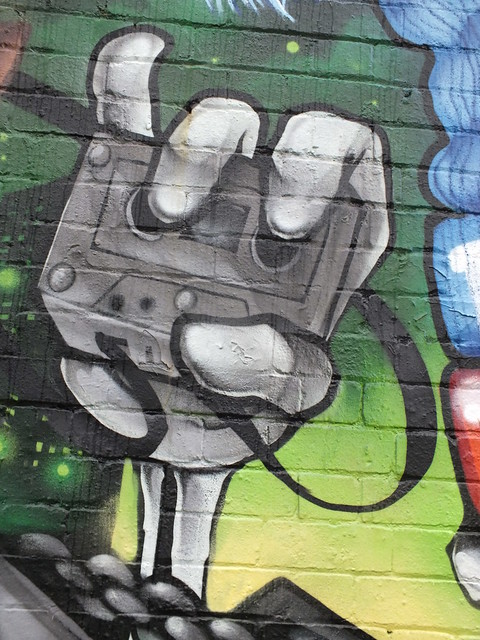 Others pieces surrounding Rmer were from Amok, Smak, Cruel Vapours and Resh. 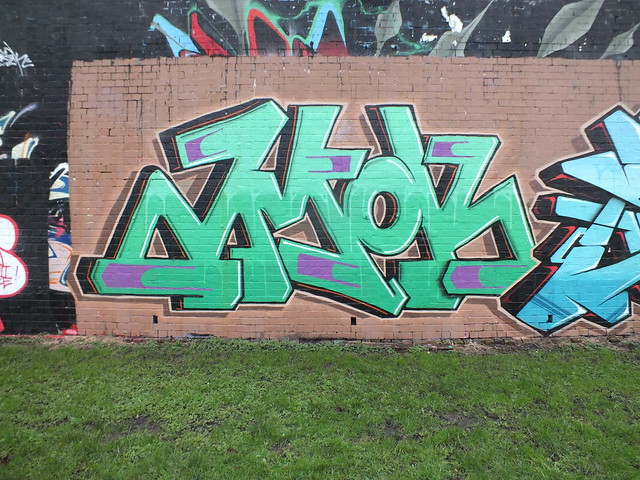 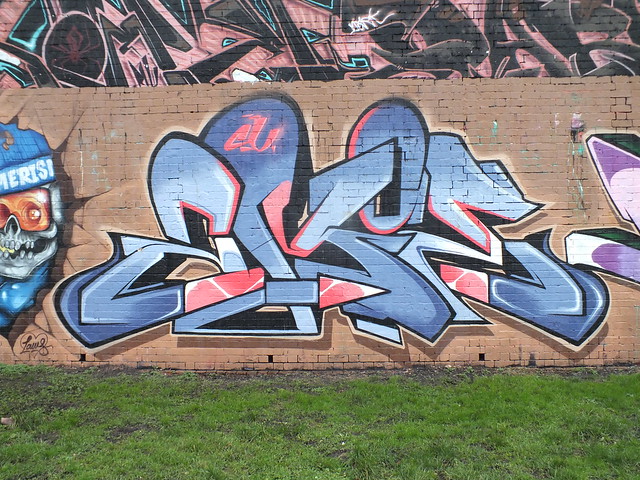 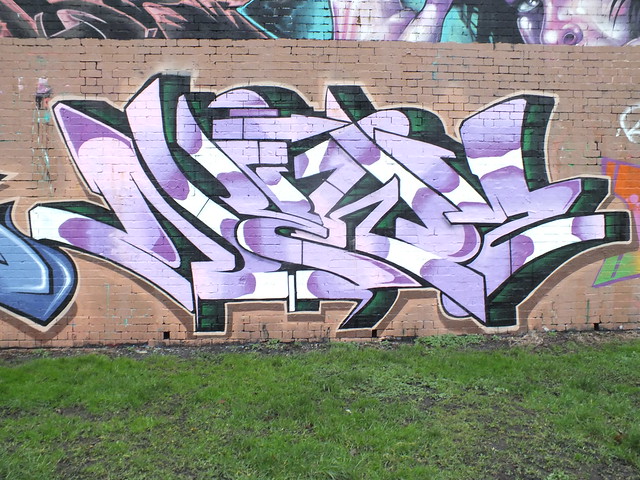 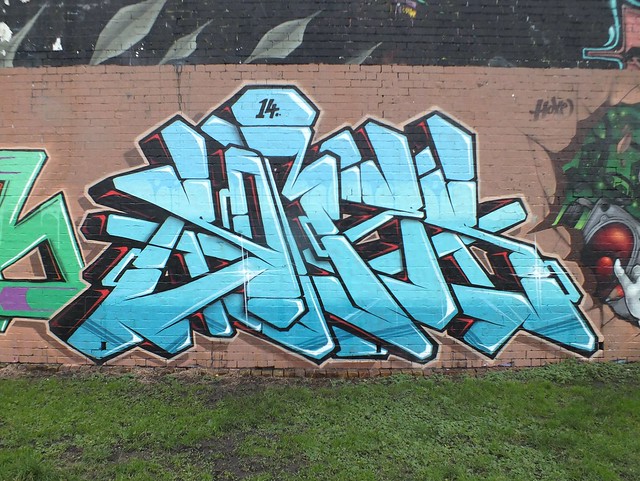 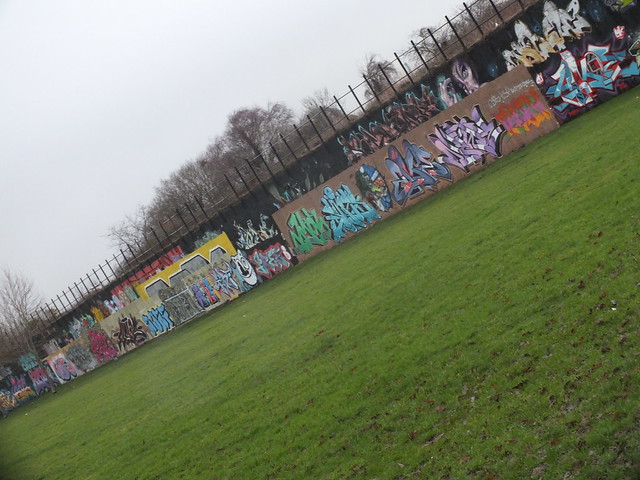 Moving further along the wall and artist Lembo had painted a familiar face on the wall complete with bulging eyes and a very happy smile.
A welcome return to Cardiff for this little character! 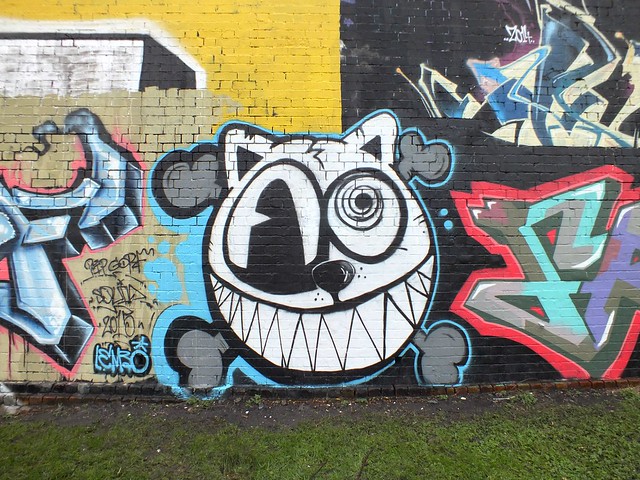 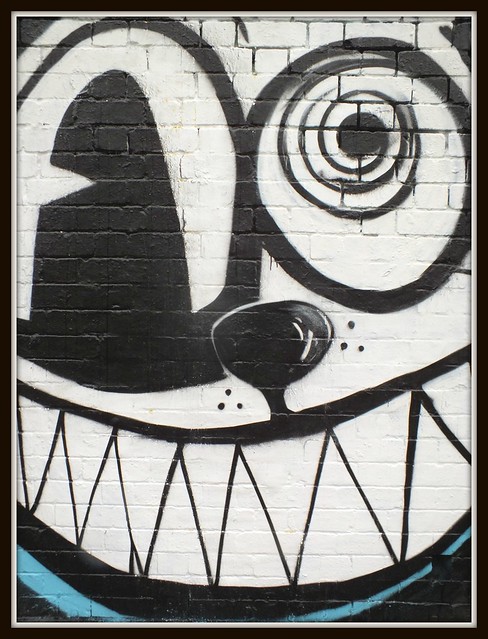 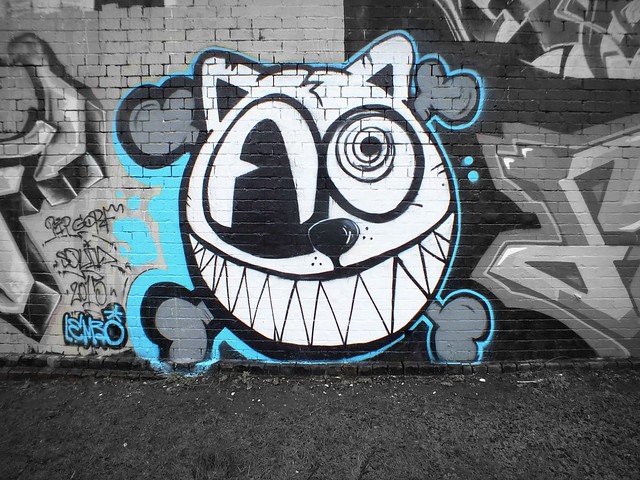 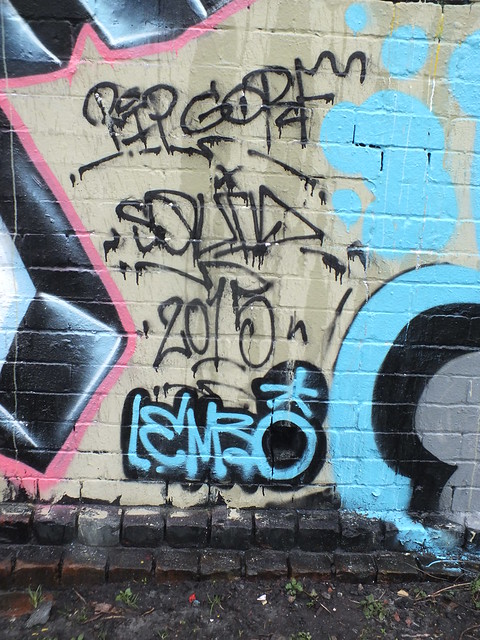 The weather wasn’t the best during the weekend but artists battled on and were still putting the finishes touches to their work as early evening beckoned. 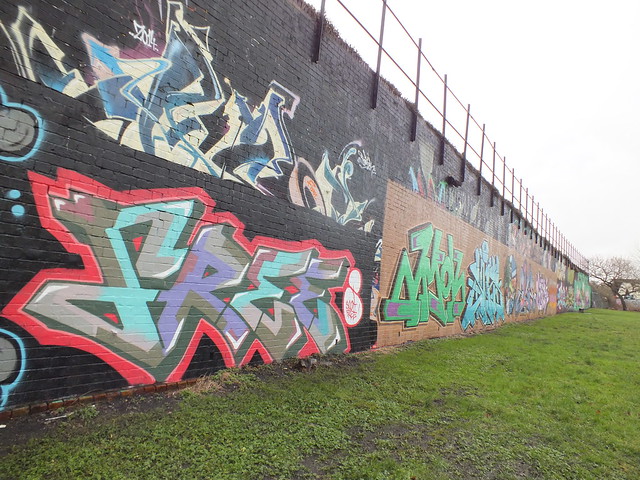 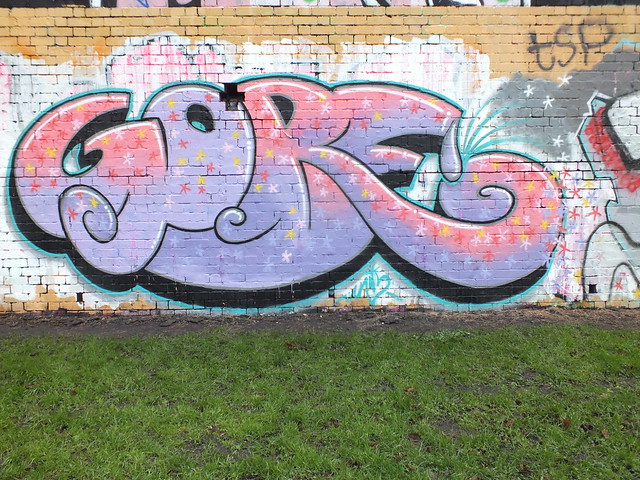 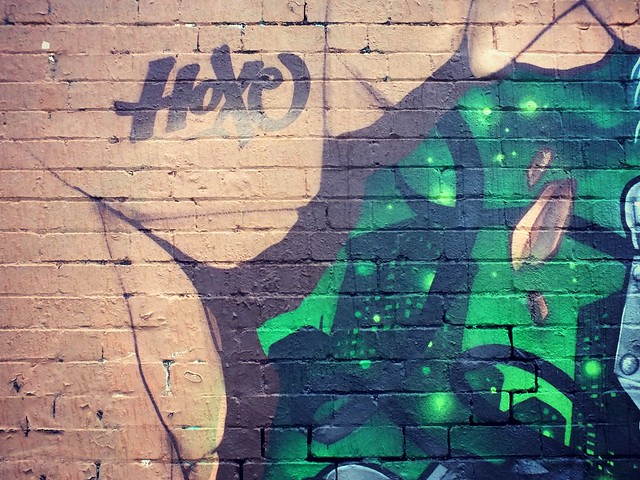 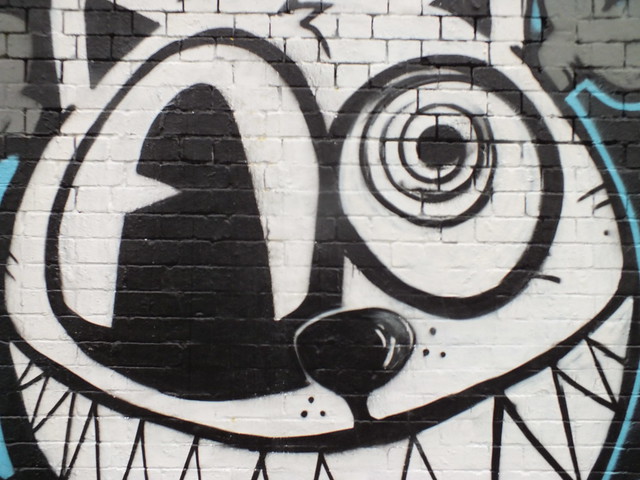 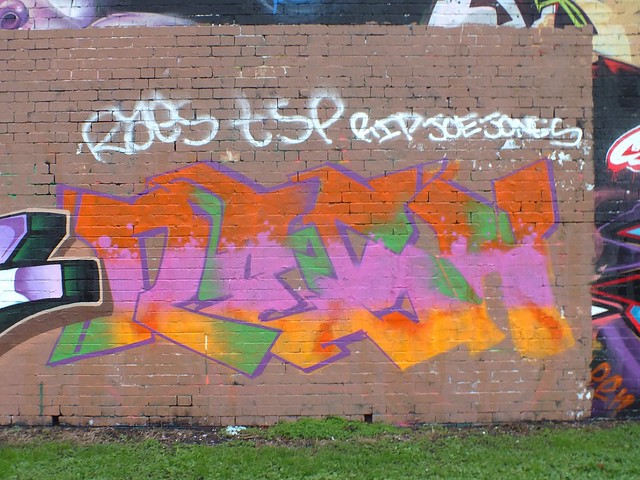 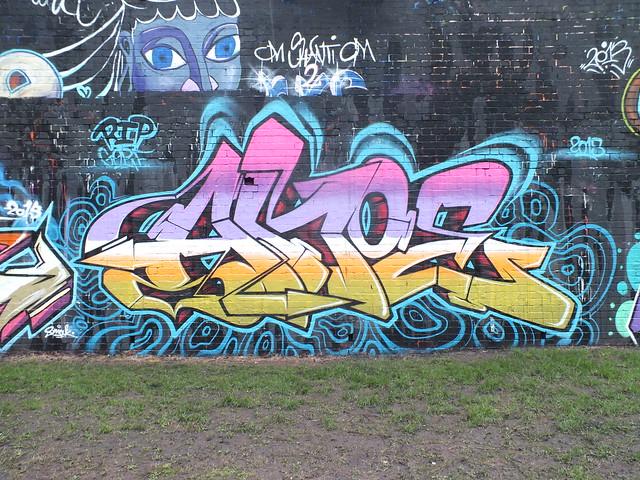 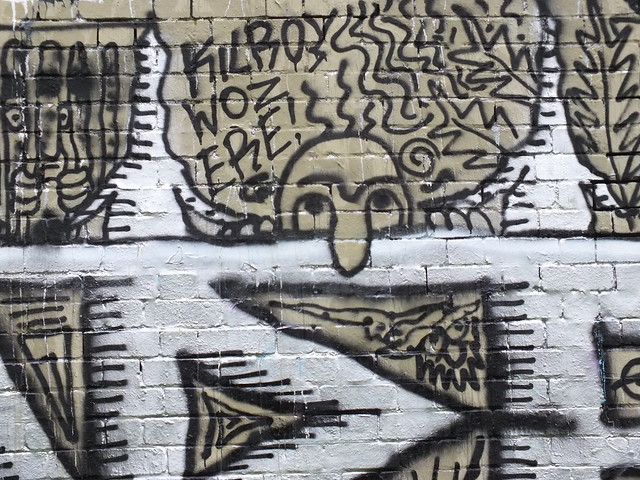 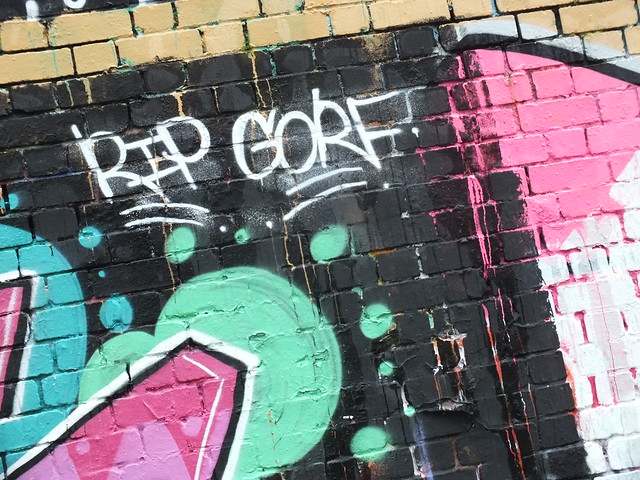