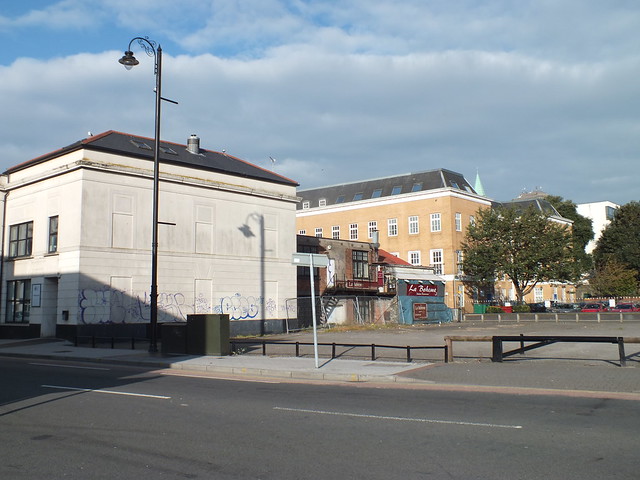 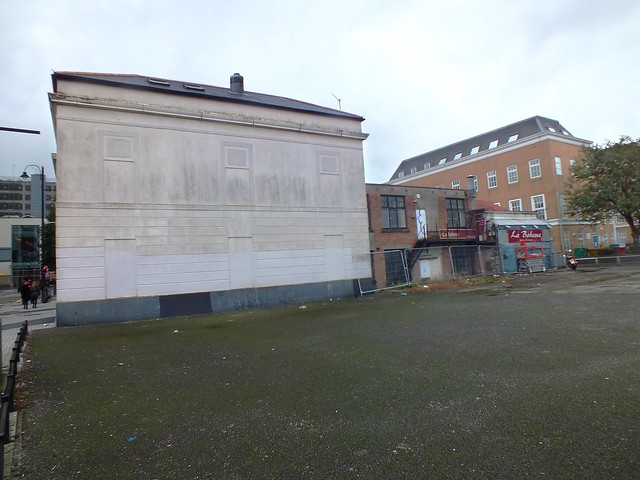 With a wall opposite the old Alchemists’ Gallery on Bridge Street and using the side of the Trading Standard’s building offered by Cardiff Council – this was another huge canvas for the Argentinian artist to fill.

The wall had previously been targetted by taggers and other graffiti over the years so it was great to see it painted over and soon to feature some international street art. 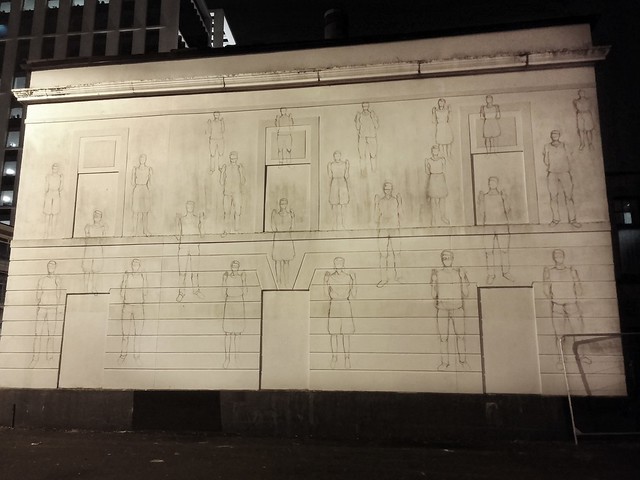 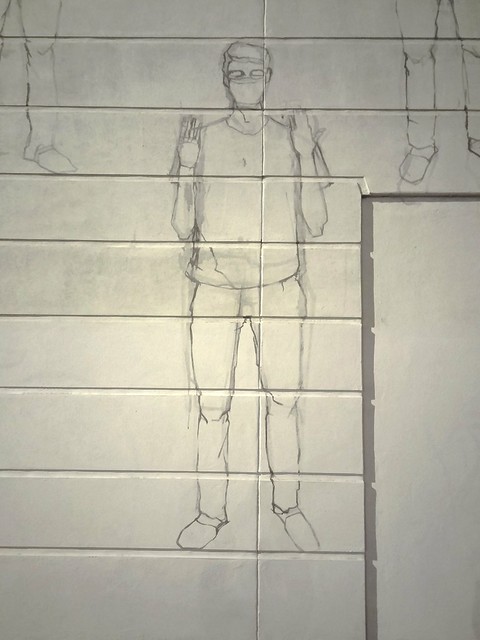 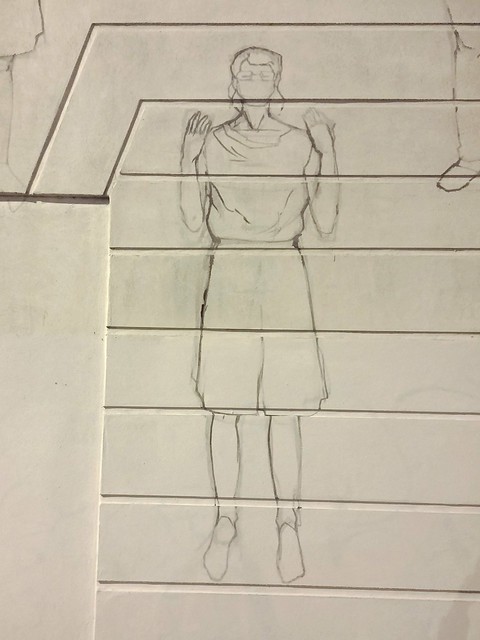 Hyuro’s work usually features people and has become her trademark (sometimes breaking down the stereotypes of woman) – here she began by outlining all the characters on the recently painted over magnolia wall. 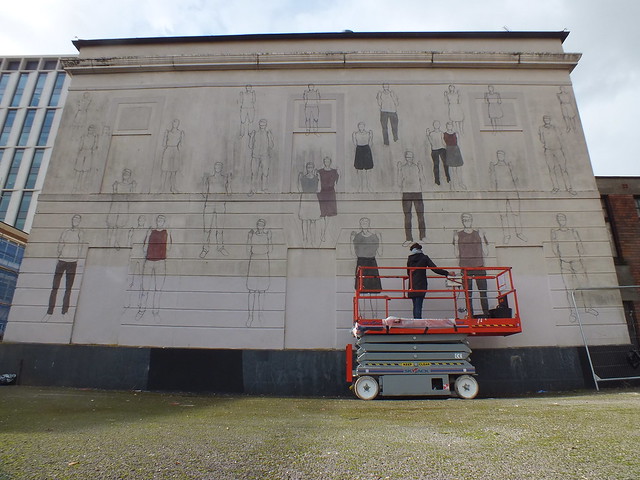 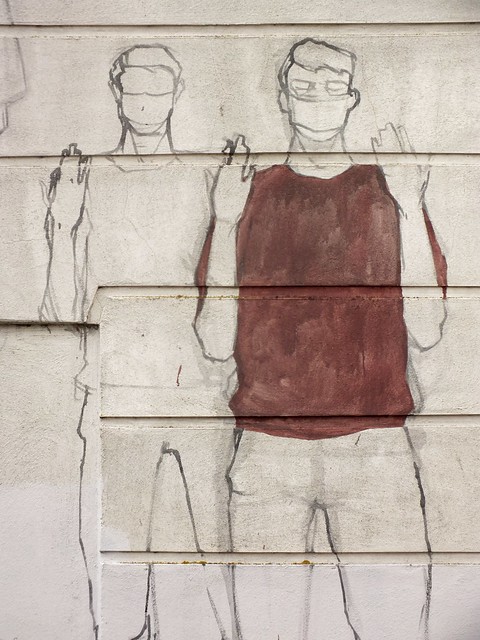 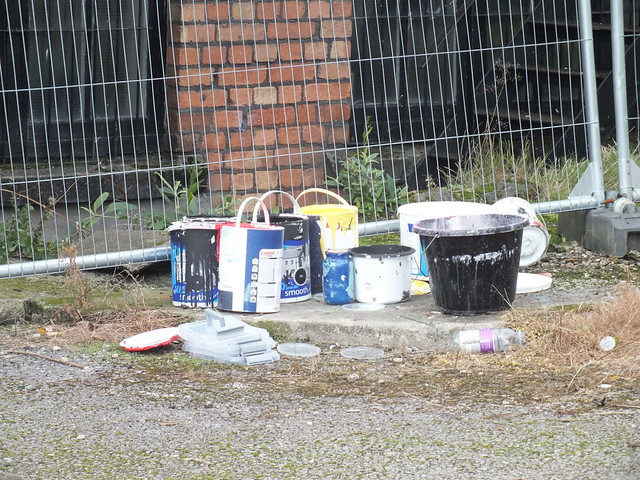 On the second day the artist, now residing in Spain, began adding colour to the sketched characters – bringing each one to life and revealing some idea of what was to come! 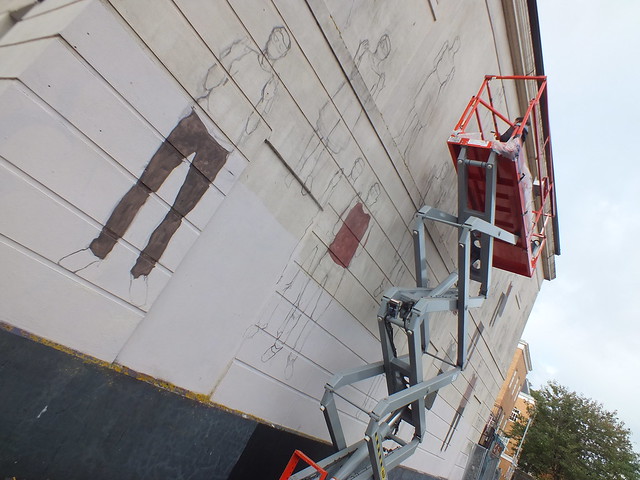 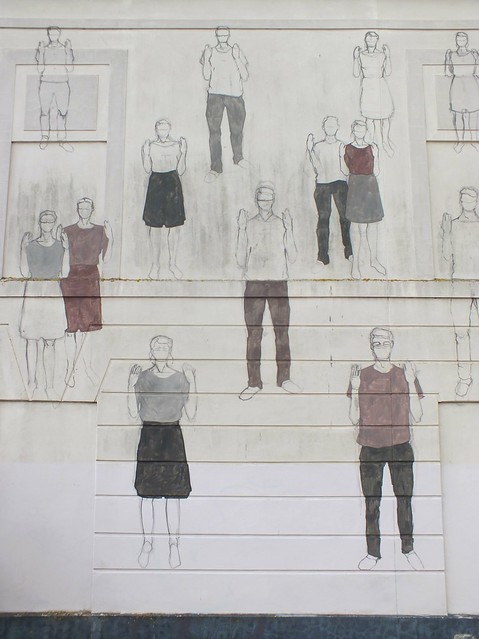 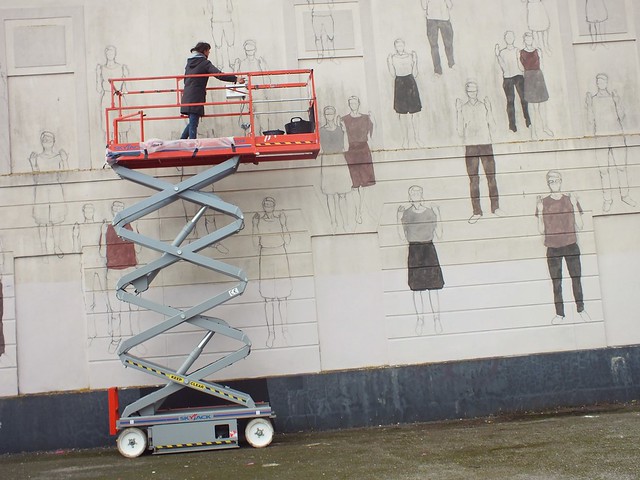 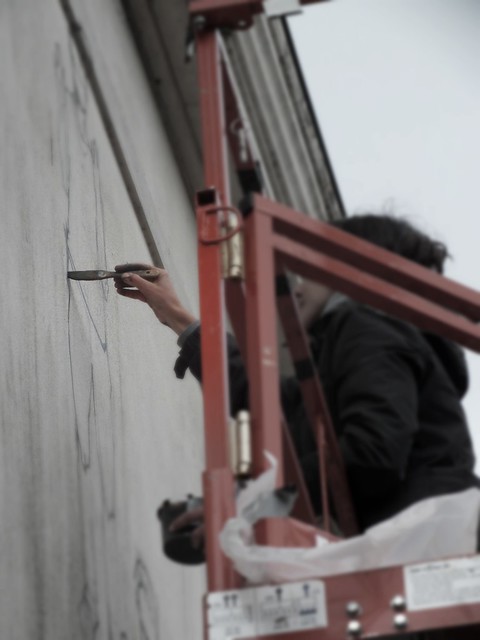 Speaking to Hyruo she didn’t want to give much away about the idea behind this piece and it seems she would prefer to leave the interpretation upto the viewer!
As soon as I commented how lucky she had been with the weather ……….yes it instantly tipped down! 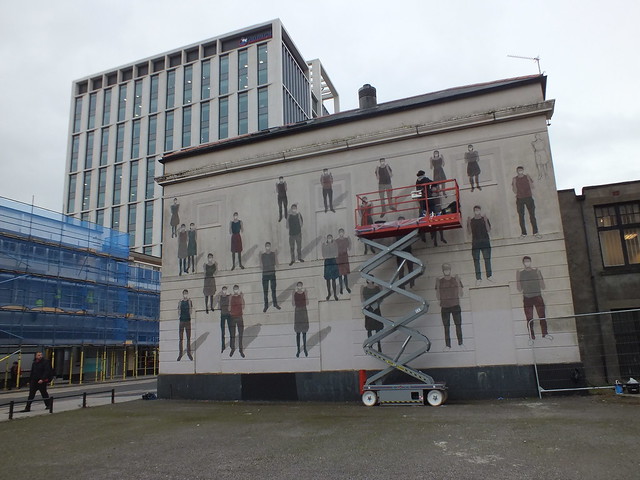 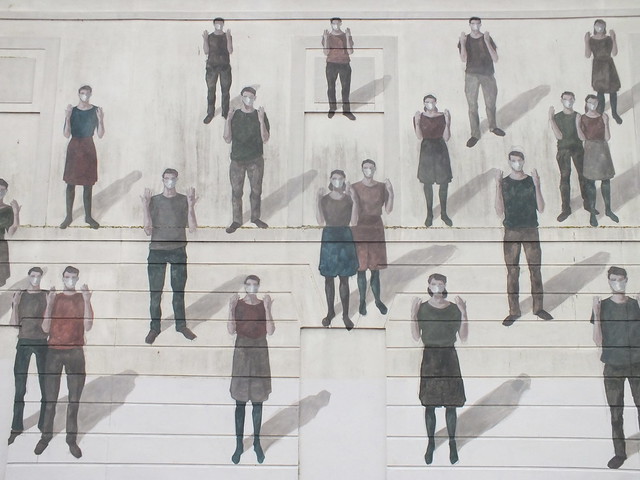 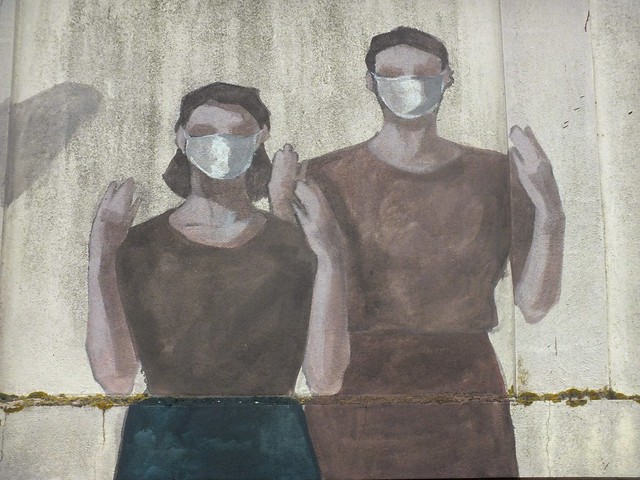 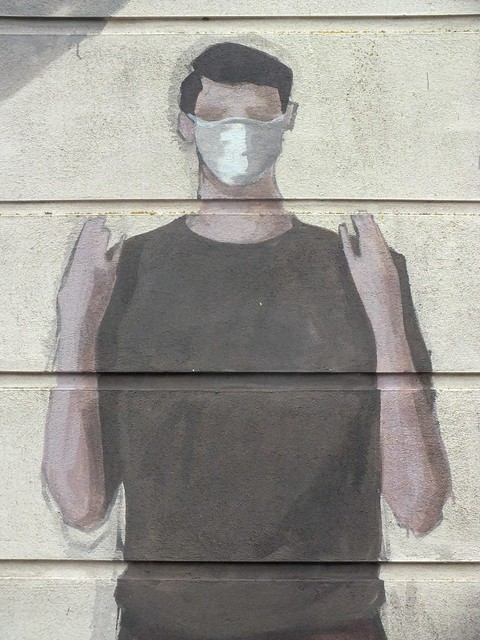 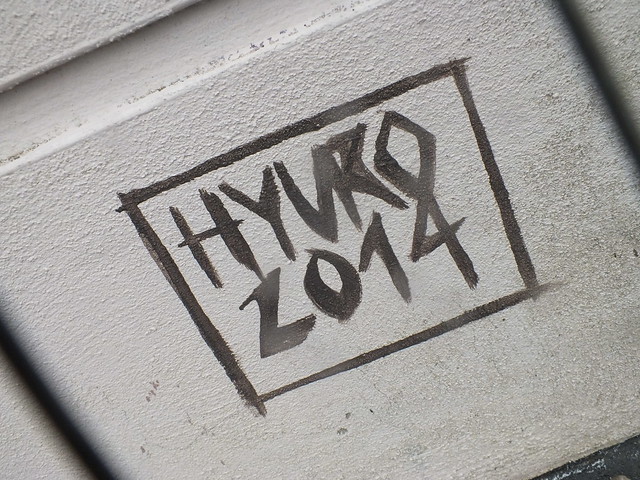 On the final day that I visited it had been raining quite considerably but created an opportunity for some great puddle shots!
The work was complete and every character now fully painted. Each one wearing a face mask and with their hands up! Ebola alert! 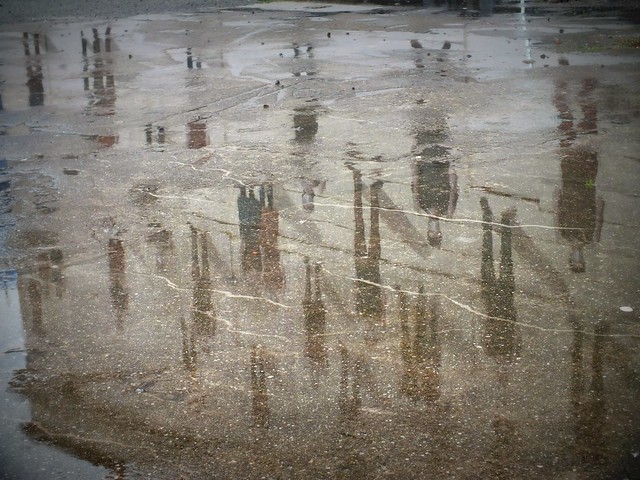 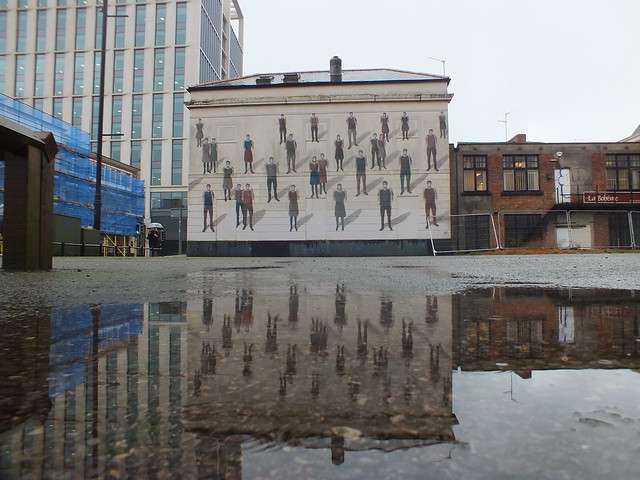 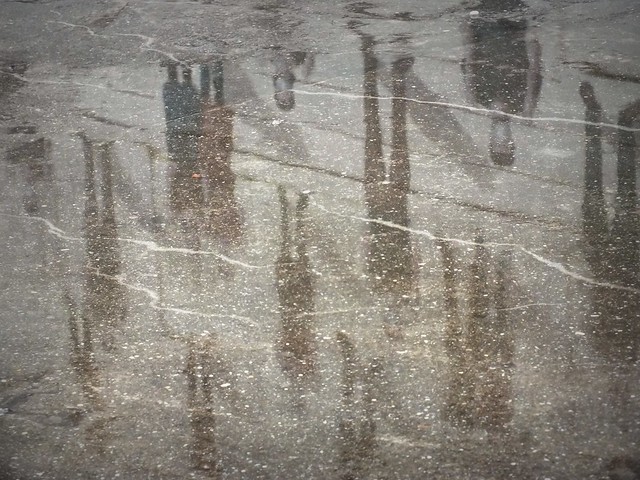