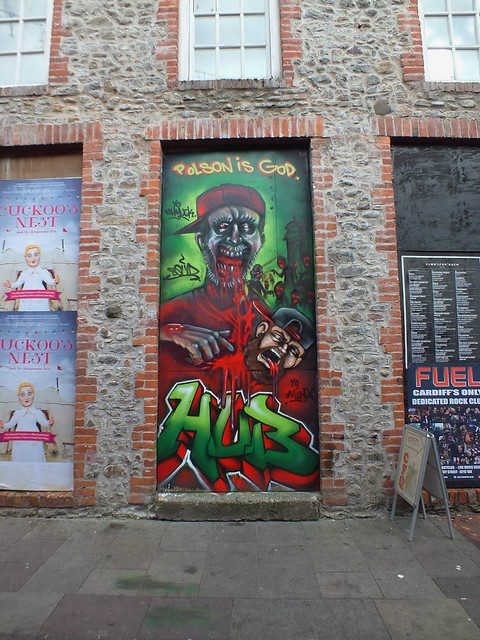 A stone’s throw from Cardiff Castle and almost cut off due to Obama and the Nato Summit being in town for a couple of hours – it felt like the city was totally spliced by a huge fence that surrounded certain areas for the majority of a month.

The city was on lockdown, 10,000 police were drafted in and chaos around every corner. So much so that all bins in the city centre were sealed and also the graffiti and posters removed from offending areas – there certainly was a different feel about the city. (it wasnt a good feeling!)

Even Womanby Street had been cleaned up with posters and graffiti removed being SO close to where the world leaders would pass (but not actually go down!) 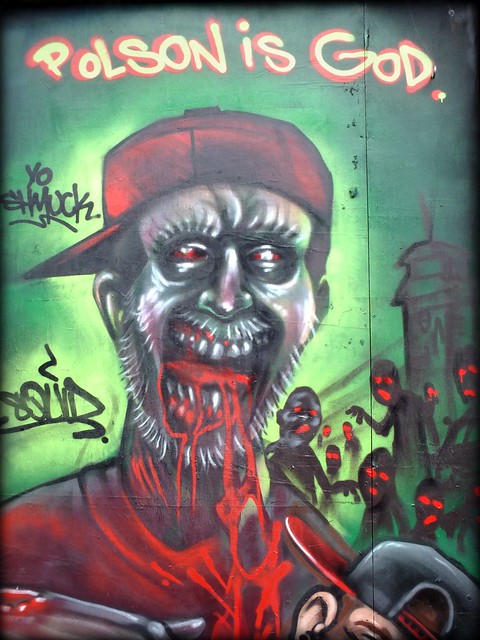 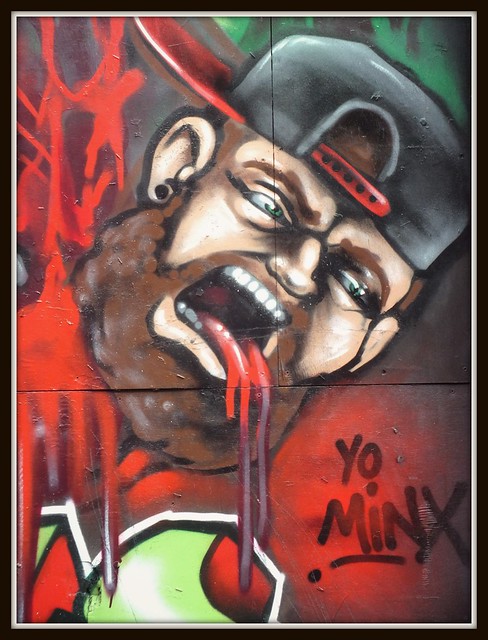 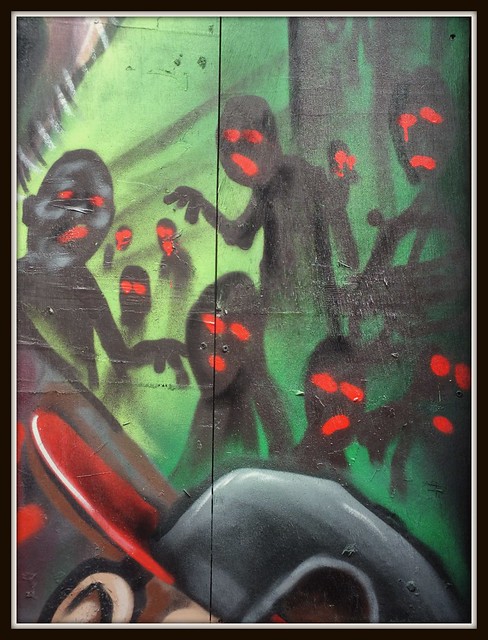 That’s why it was surprising to see this new piece from local artist Squid grace one of the doorways.
Complete with the title ‘Polson is God’ and a big title ‘Hub’ this sat rather brightly and proudly amongst the rest of the sanitised city centre.

Such a vibrant red and all that blood! 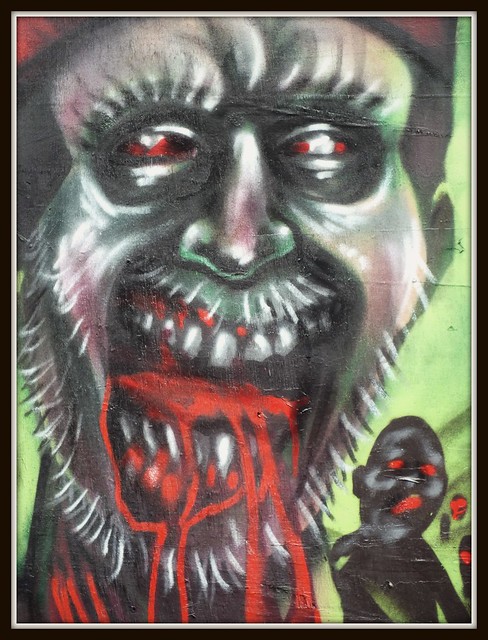 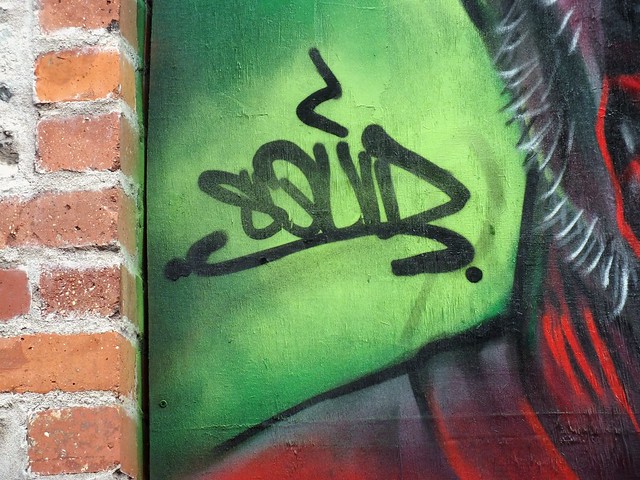 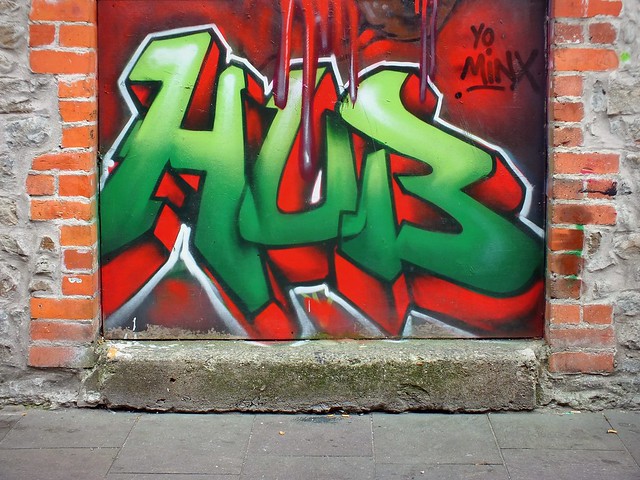 Popping up just alongside was the tagline ‘Fuck NATO’ which only lasted a few days before it got buffed! 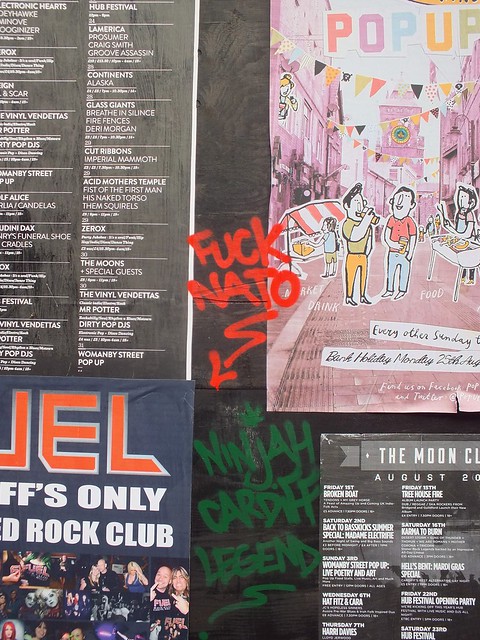 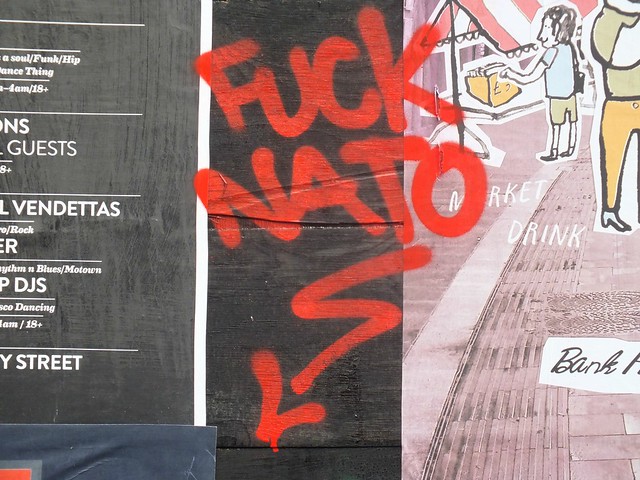 Does anyone know anything else about these pieces?