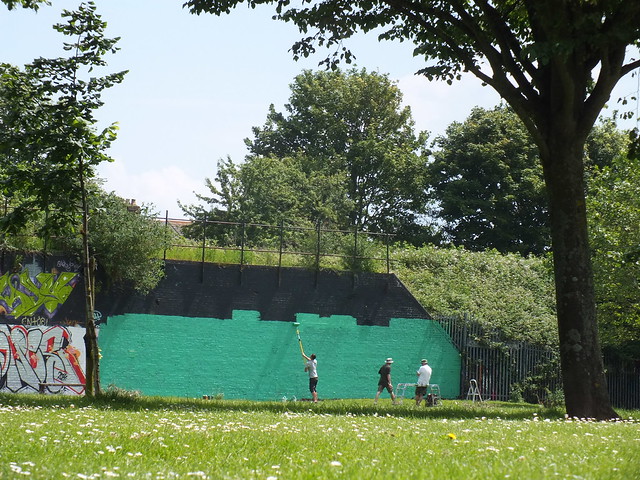 A sunny day in The ‘Diff and what better than to paint a huge bit of street art on Grangetown’s 300 foot long graffiti wall! Oh yes purlease!

On the first day it was unclear who was collaborating on this piece but a bright green wash had been applied to the wall and extended rollers and brushes began to reveal some of the artists involved. 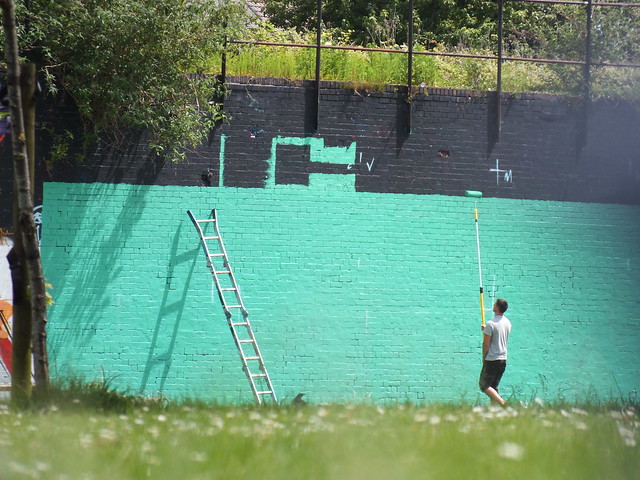 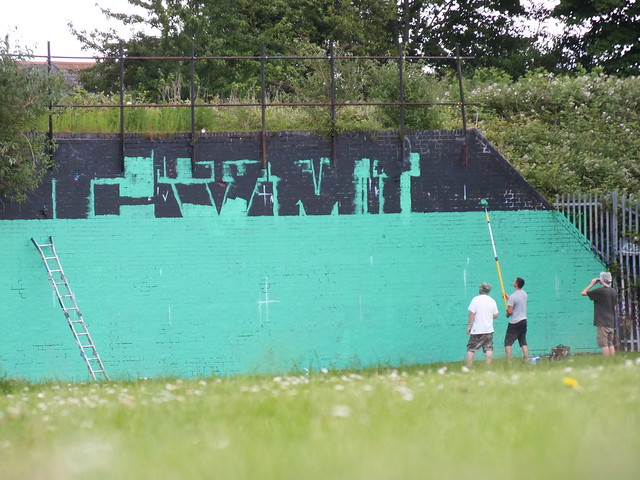 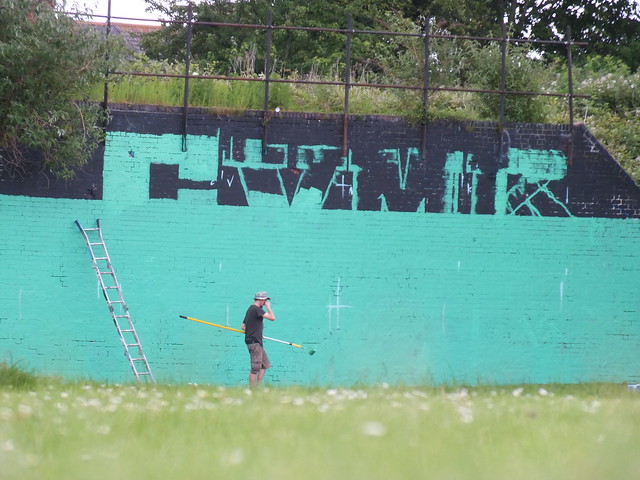 Large, boxey shapes began to appear (a bit blockbustery) eventually revealing a letter ‘C’ – minutes later an ‘M’ and ‘K’ followed – I instantly thought it was going to be a CMK piece but there was still space for one more letter!

It all fell into place when the last letter was revealed reading ‘CVMK’ – a tasty collab between local crews Cruel Vapours and MK was about to take place with assistance from other locals too. 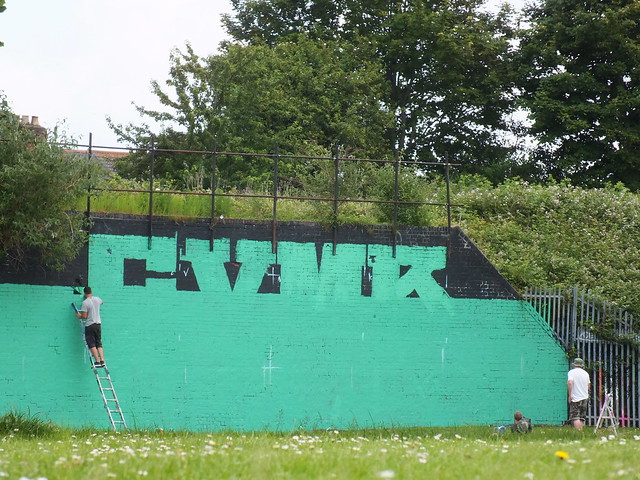 That was the basis for the lettering – so now the hard work began of adding all those little details like texture, shadows, highlights and everything else to bring this baby to life! 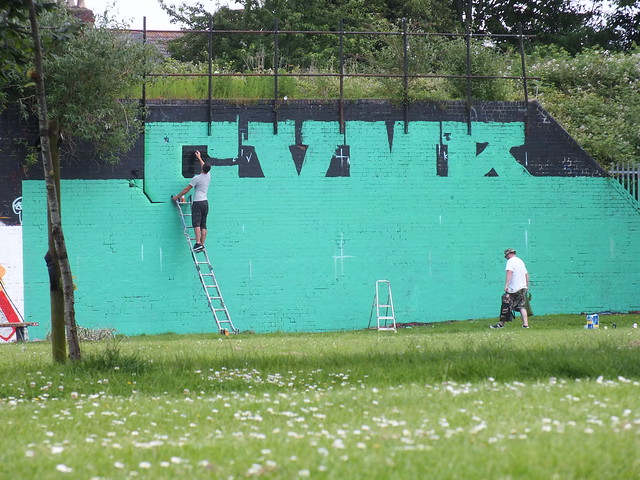 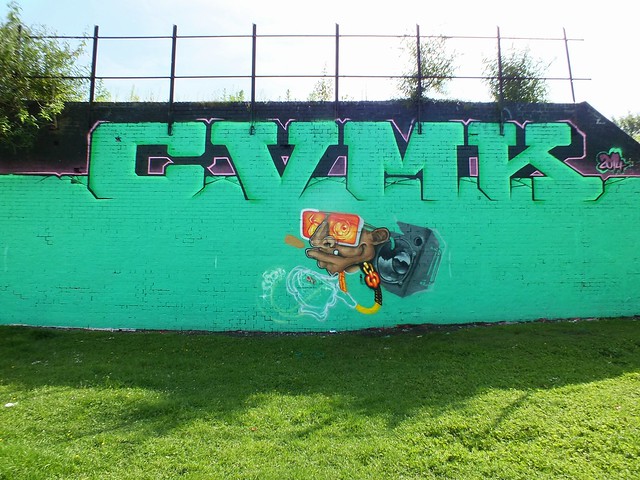 I didn’t manage to get back until the following day where the lettering looked complete and a hip hop, ghetto blaster carrying fella was appearing as the main focus in the centre. 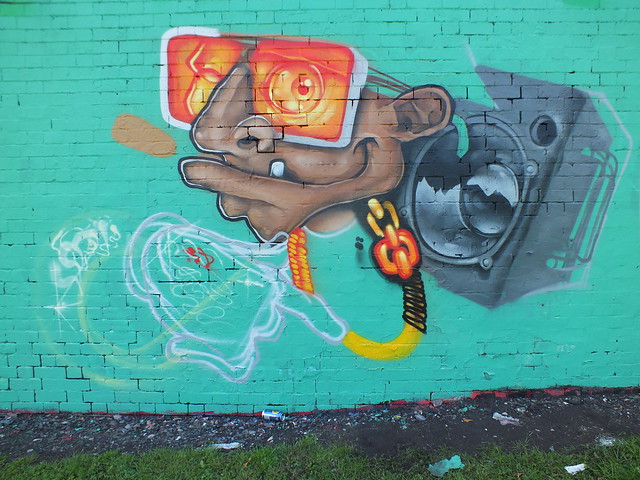 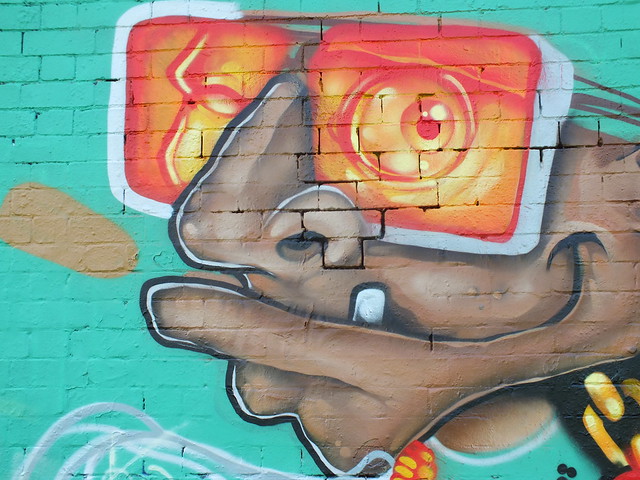 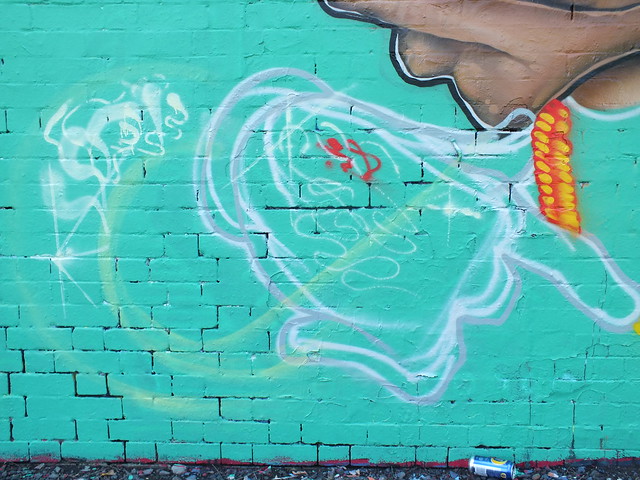 Venturing back into the park a week later and the masterpiece was complete! Whoa what a sight – everyone passing was commenting on it – it really had made an impact! 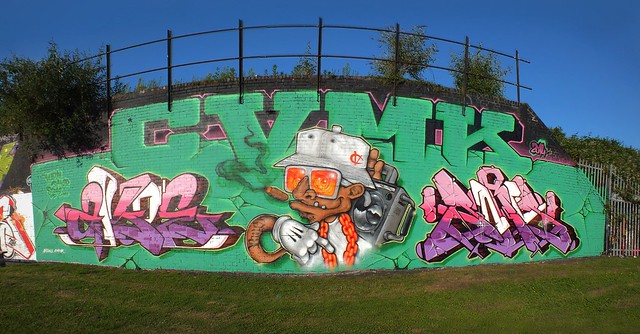 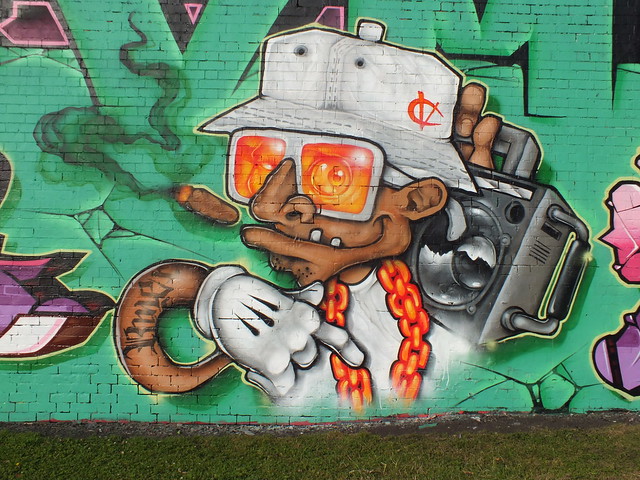 It looks like Rmer was responsible for the hip hop fella in the centre featuring a Rmer tattoo to one arm whilst sporting a CV cap and even a mickey mouse type glove! (?) 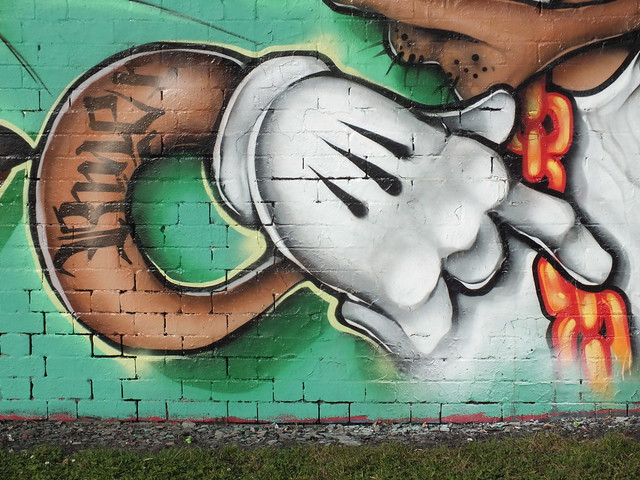 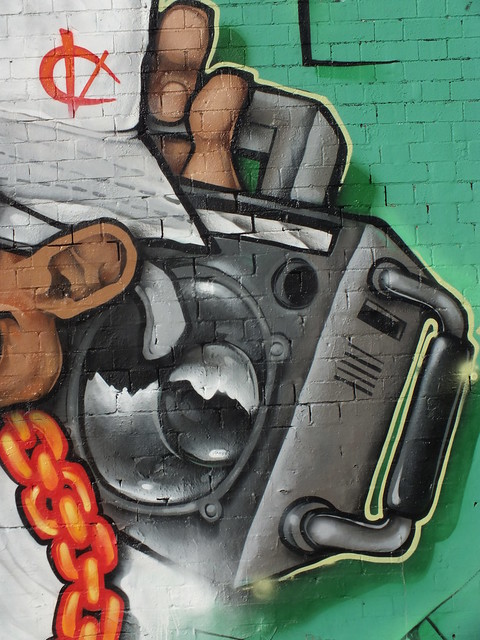 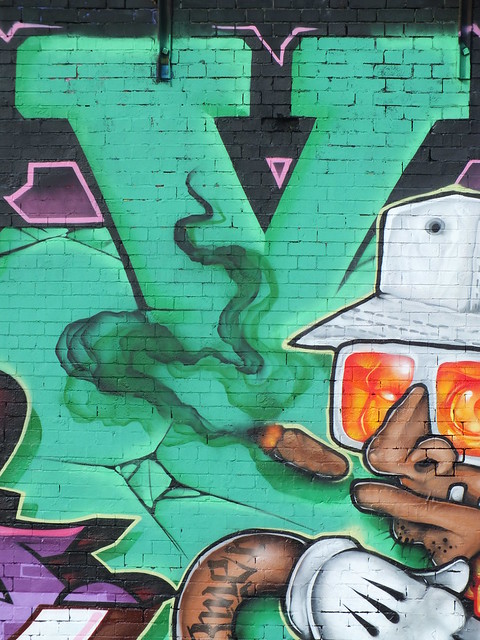 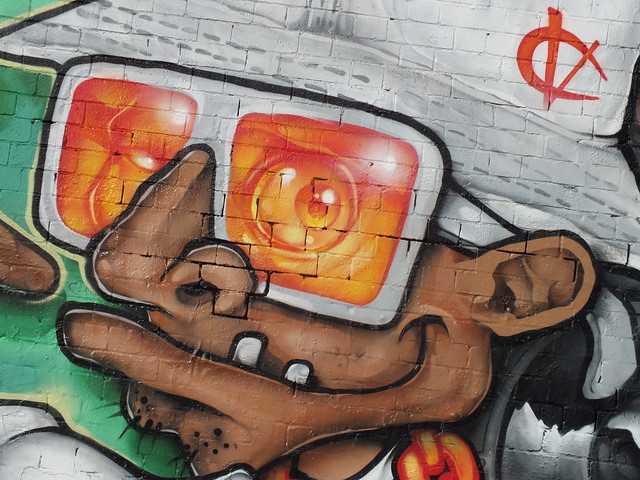 And as if that wasn’t enough there was a pair of wildstyle pieces either side aswell! I’m utterly hopeless as decyphering any names within them but luckily Scroez has filled me in – they are by Amoe (karm) and Somes! 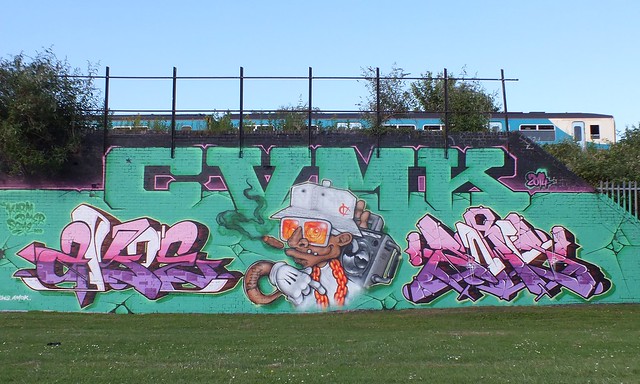 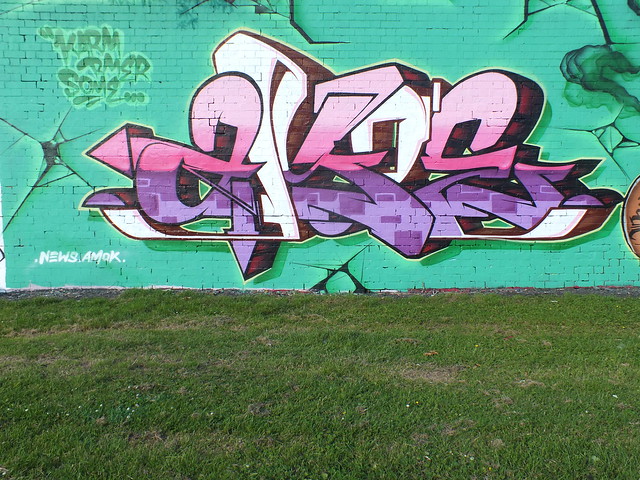 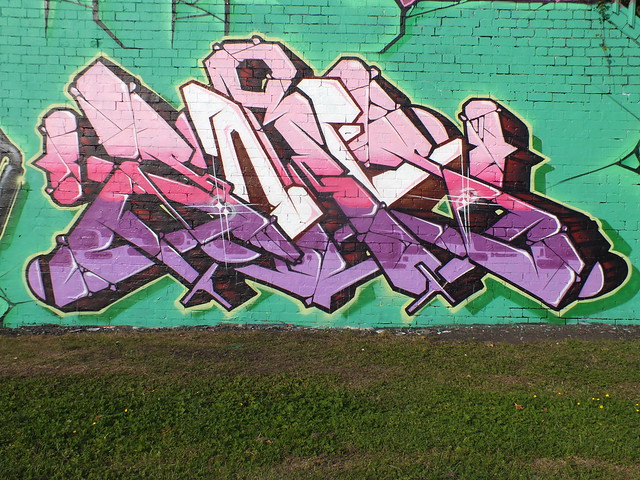 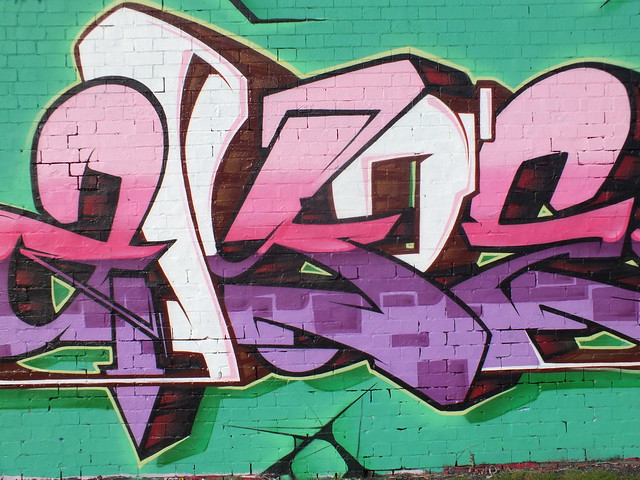 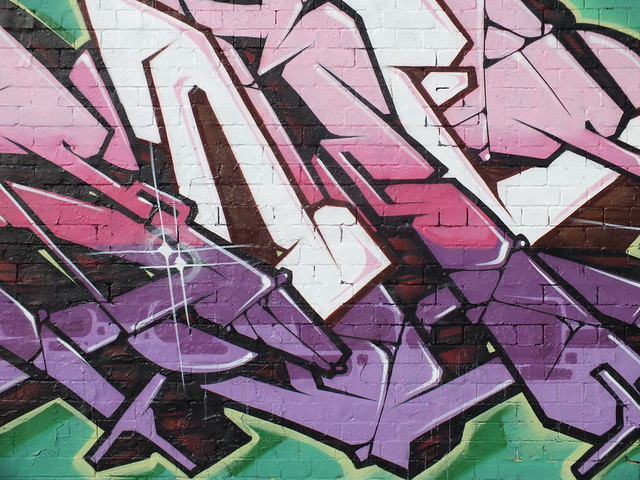 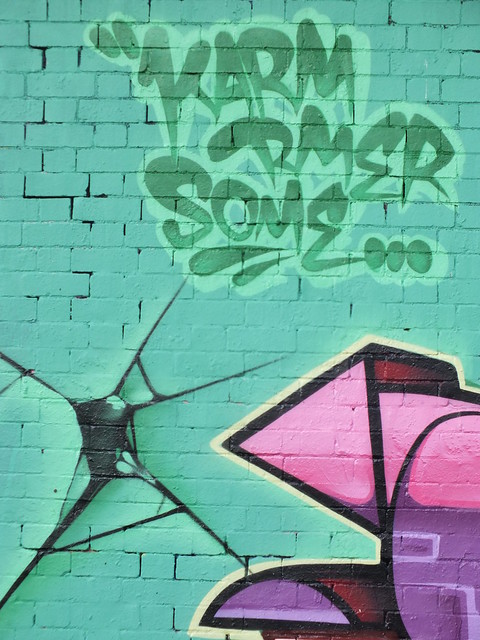 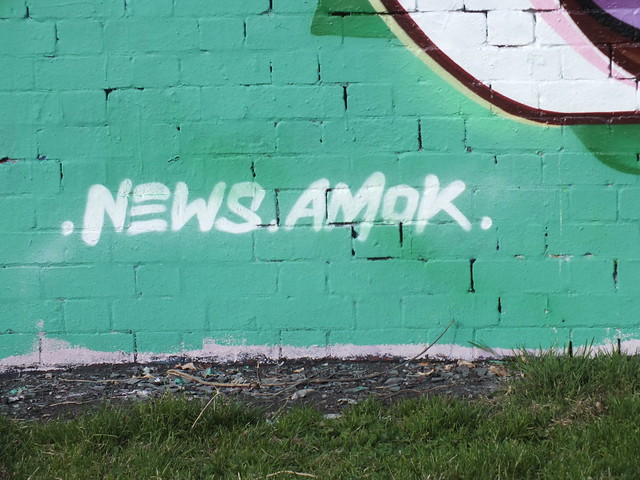 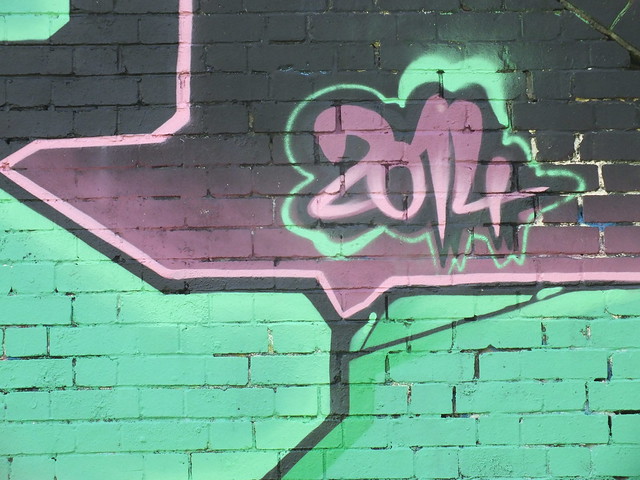