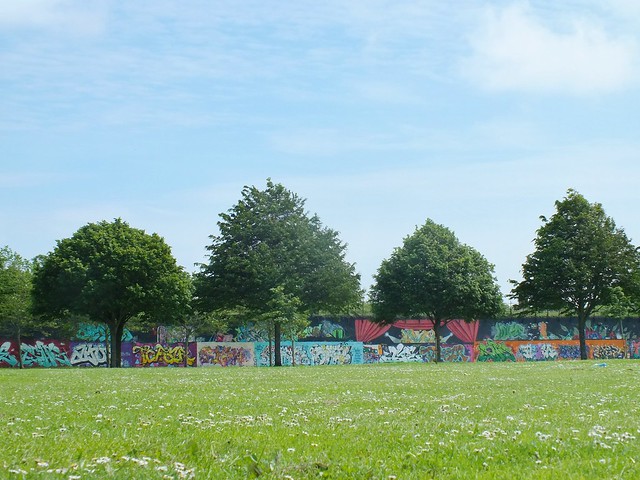 Due to the huge size of the canvas this wall really is a mecca for street art in Cardiff and attracts a variety of tagging, throw-ups and more character-based street art. 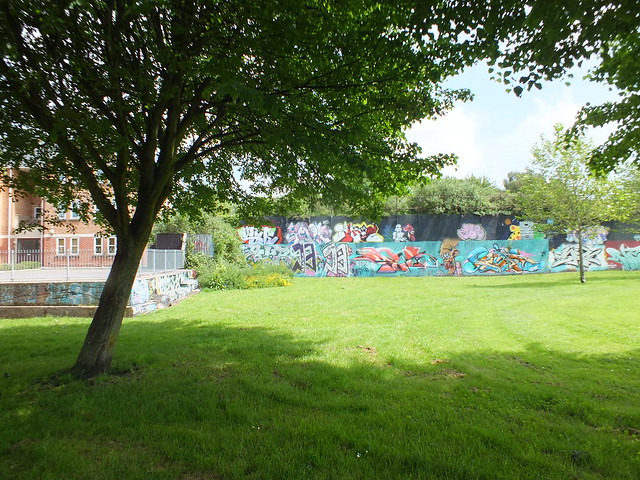 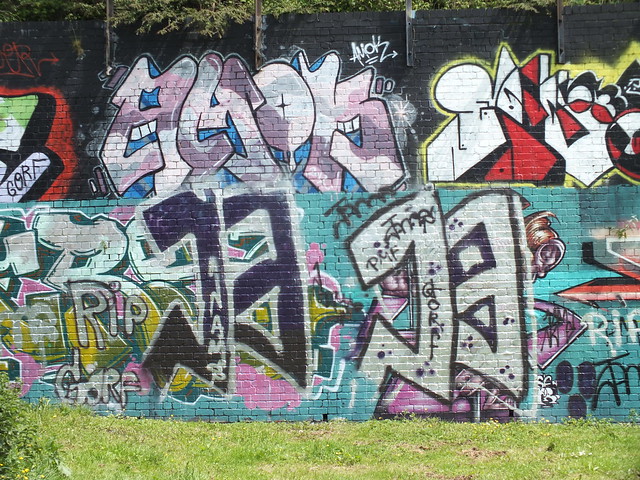 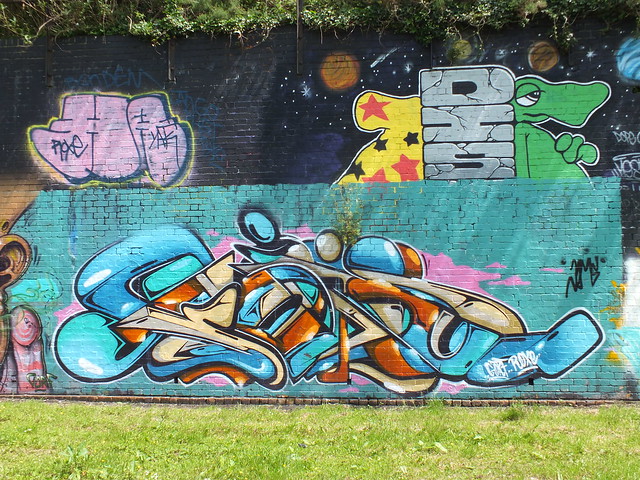 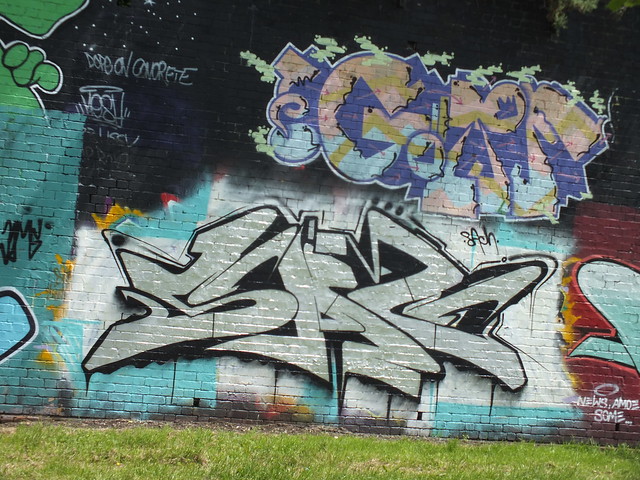 Local writer ‘Tom’ was busy creating this piece in monochrome amongst the other vibrant colours that were beaming in the Summer sun. Definately put a set of shades on your character! 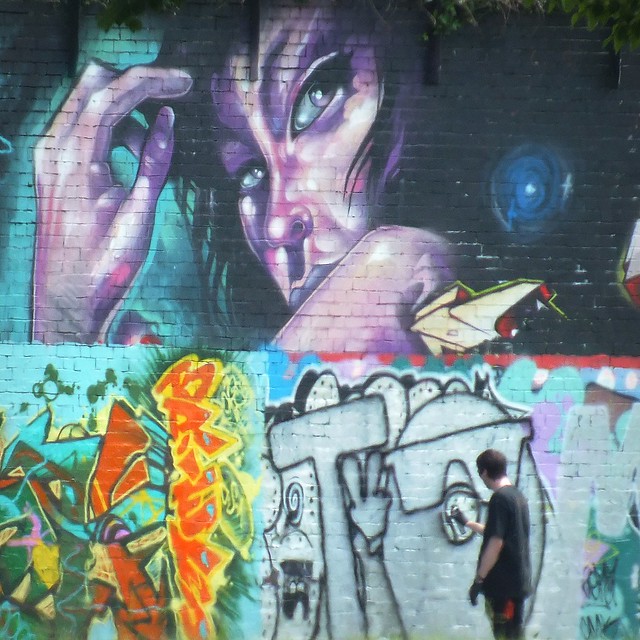 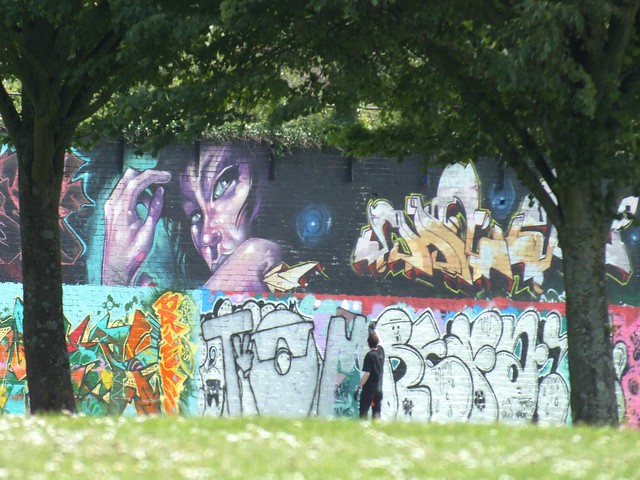 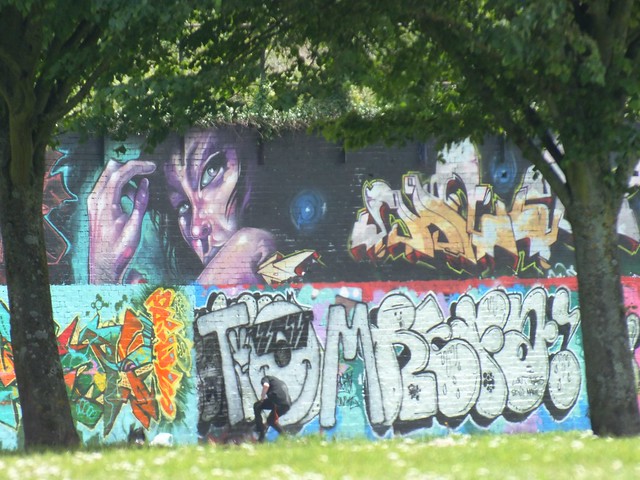 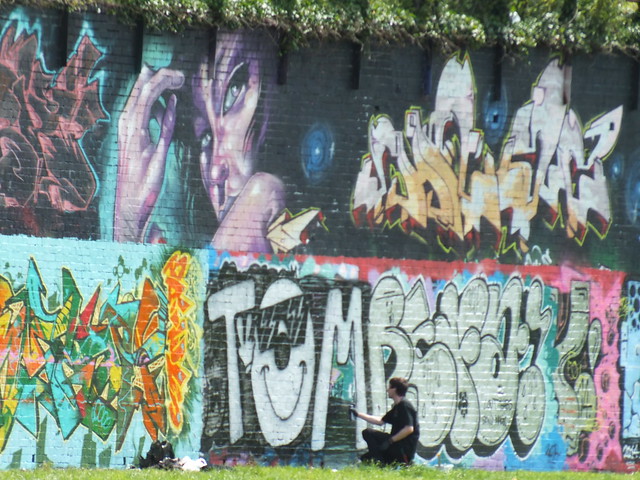 If anyone can name any of the artists it would be helpful as I just fail miserably everytime trying to decypher the elaborate letters! Obvious ones featured below are from Fokus, Refa and Amok. Great work guys! 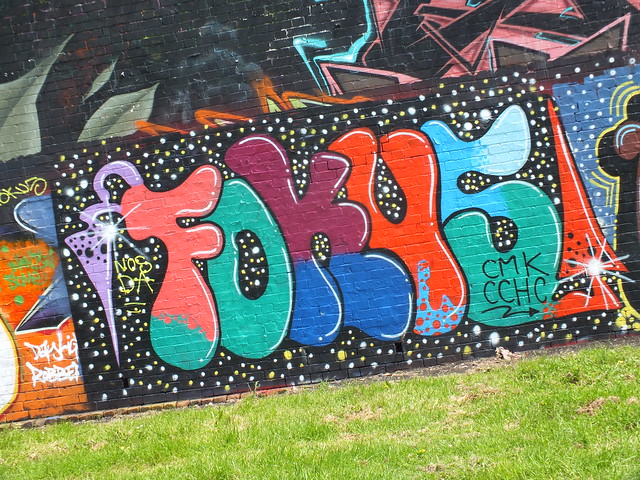 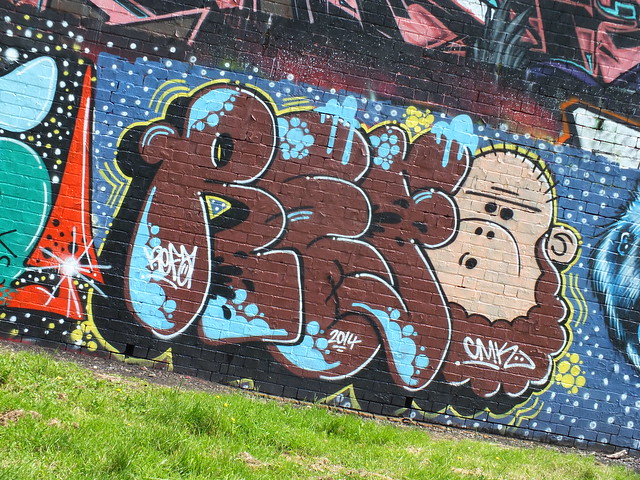 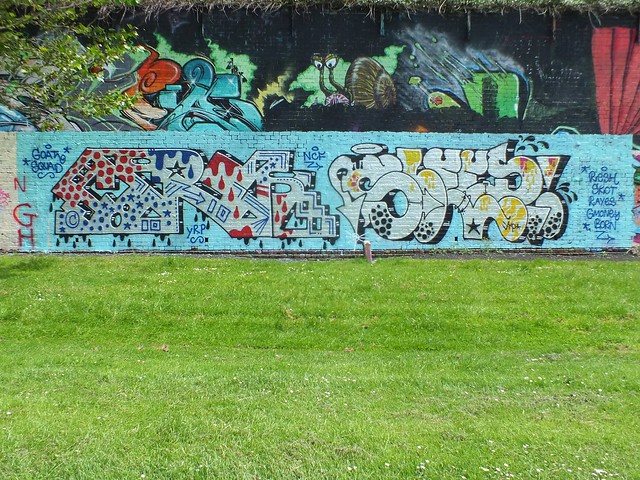 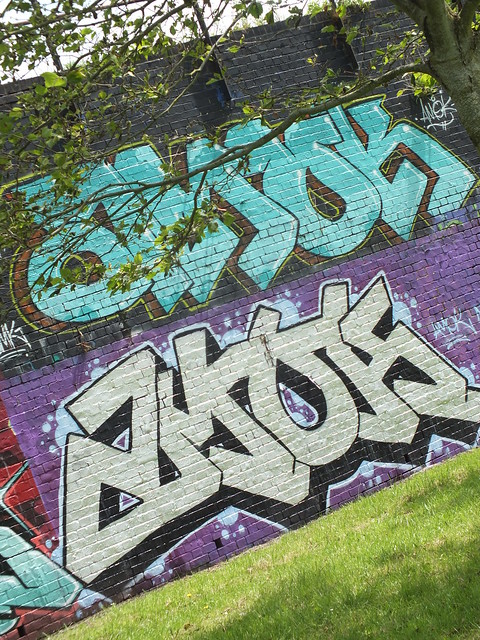 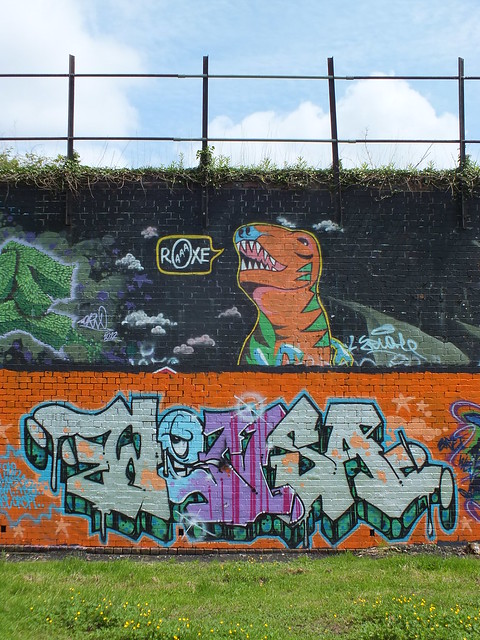 And it wouldn’t be Sevenoaks without some work from local artist Squid featuring his trademark ape.
This time no Cardiff City or Vincent Tan message but just a lonely ape merrily having a toke whilst salivating at the same time! 😉 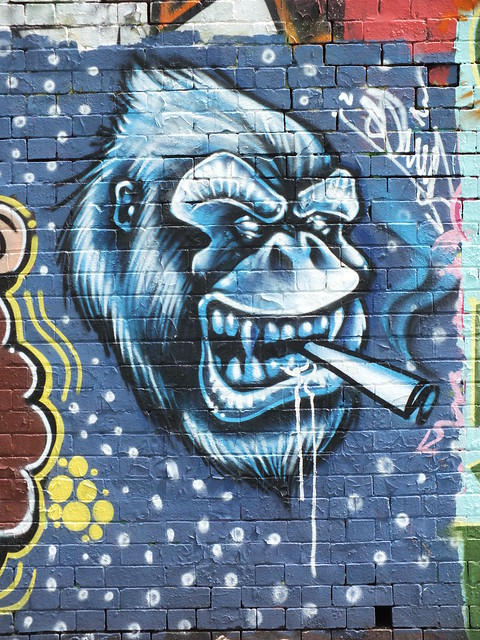 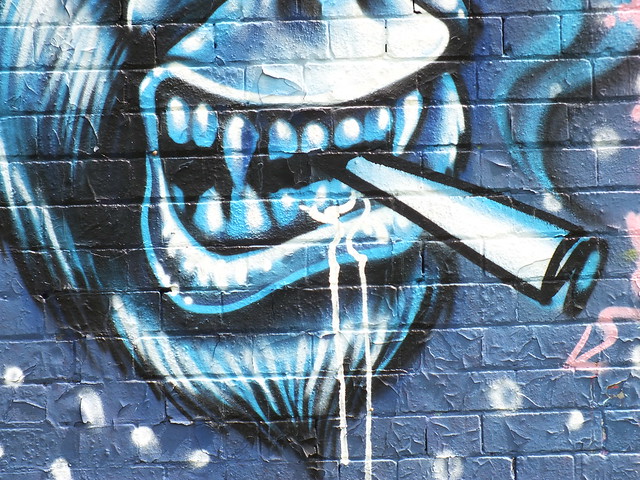 Just as I was leaving ‘Tom’ began his second piece further along the wall. This has already been painted over so never got to see the final result! 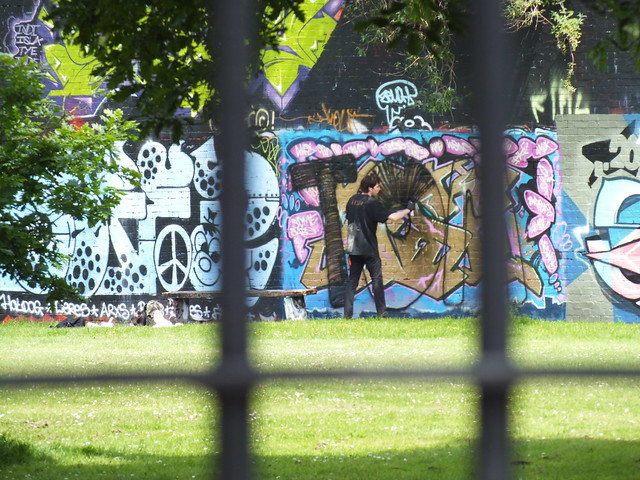