Set amongst nettles and trees in the corner of Ely’s racecourse is a brick electricity substation building.

Due to the remoteness of the structure it has been a canvas for graffiti and tagging over many years and is captured below. 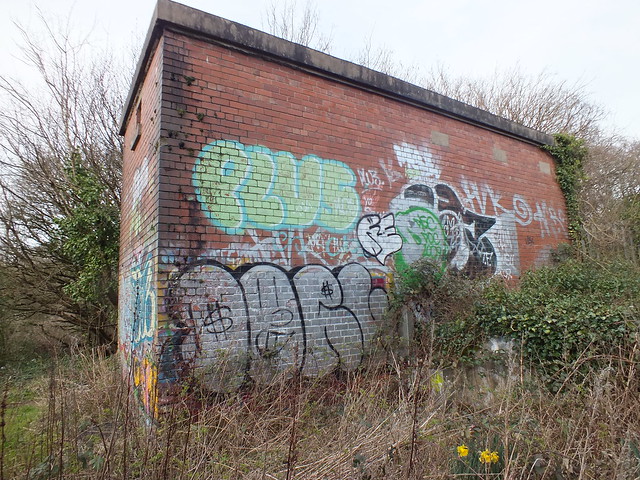 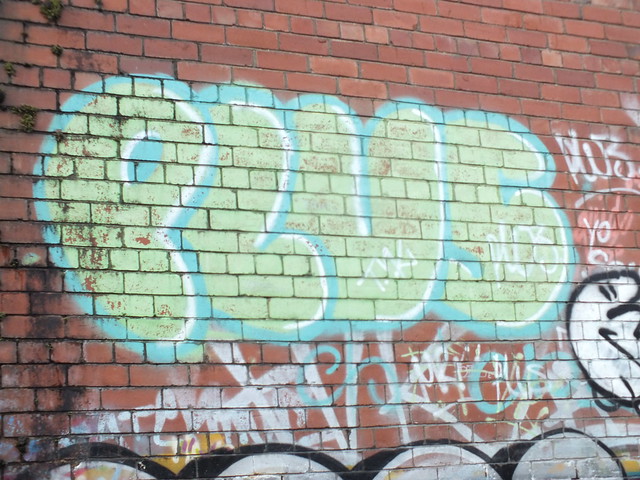 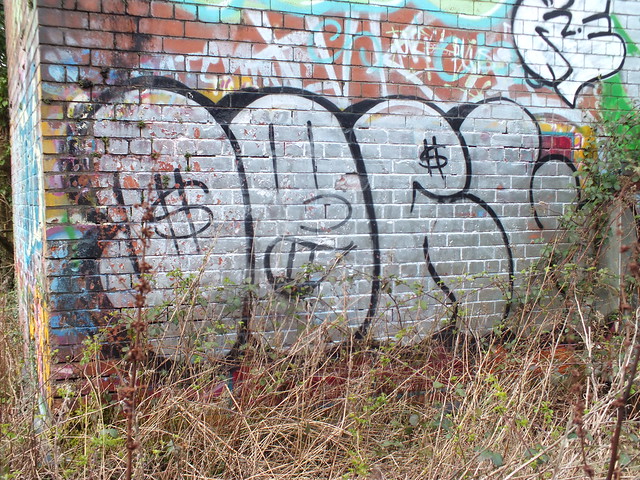 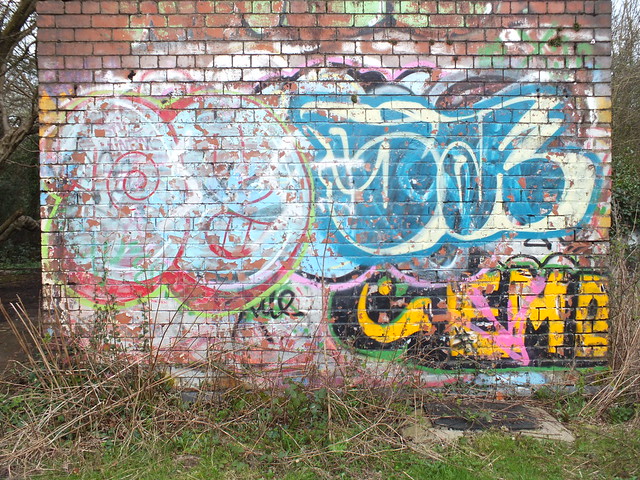 Some of the tags must be years old now and feature the likes of Dork, Plus, TVK and Cema. Some are quite faded and other deterioration artefacts taking over. (aka peeling paint!) 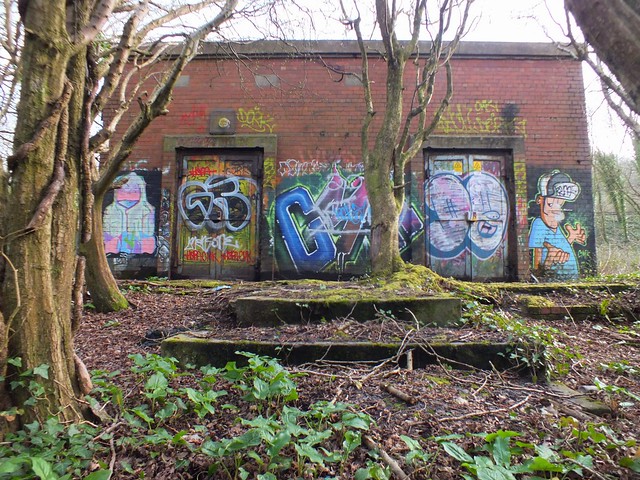 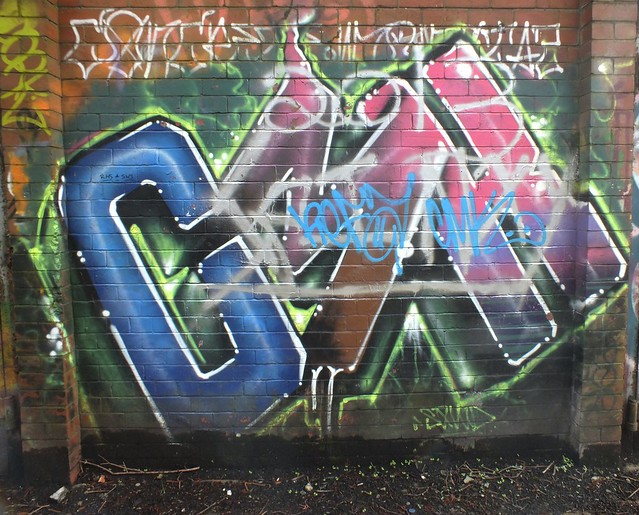 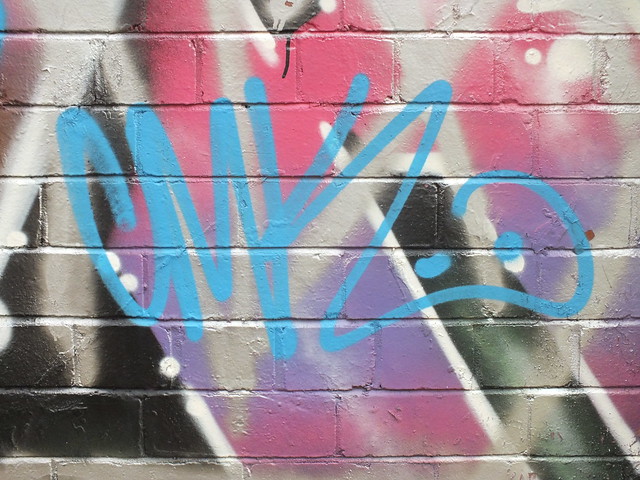 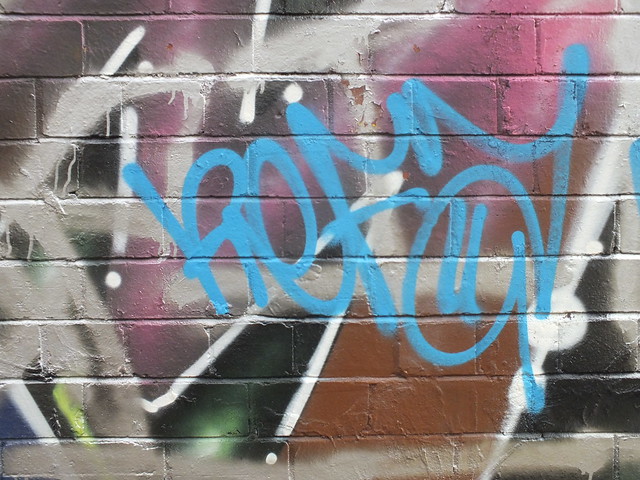 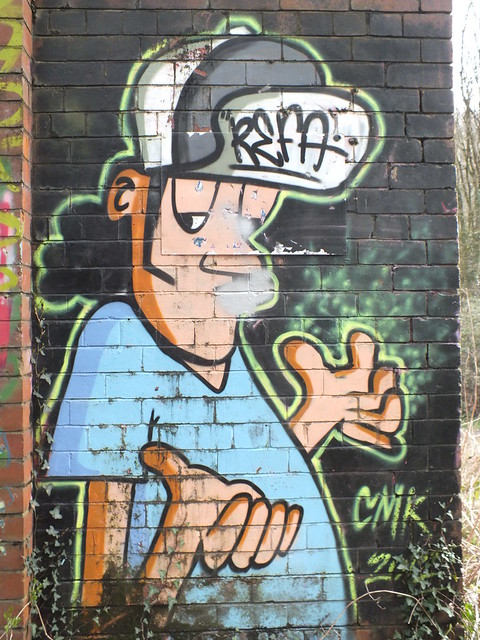 On one side some large pieces by CMK, Refa and Squid take prominence including this dude character and large bold CMK letters.
Two access doors are covered with tags below. 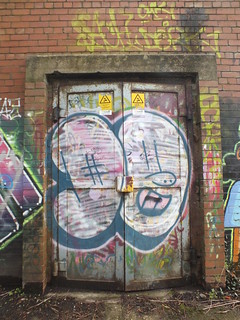 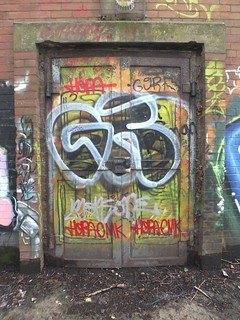 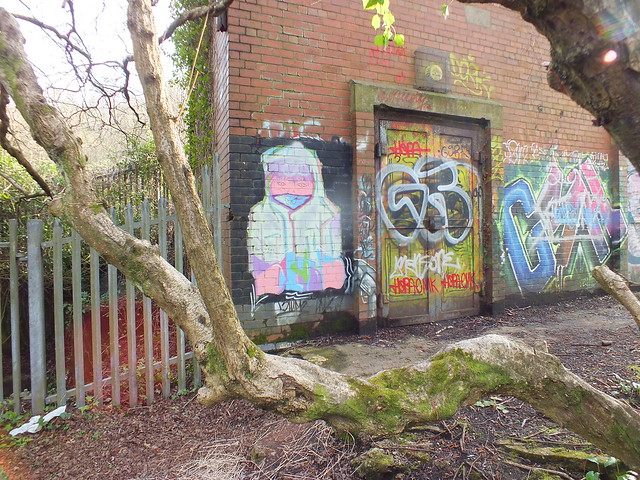 And just to prove its not all about the tagging here is a character that someone has painted (no idea who this is by! is that their name at the bottom?) 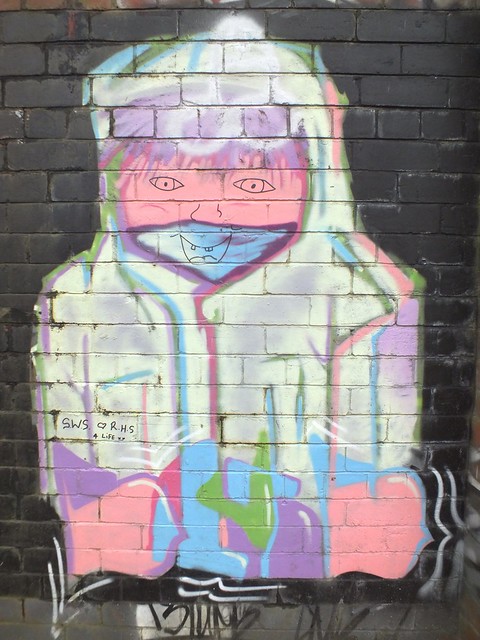 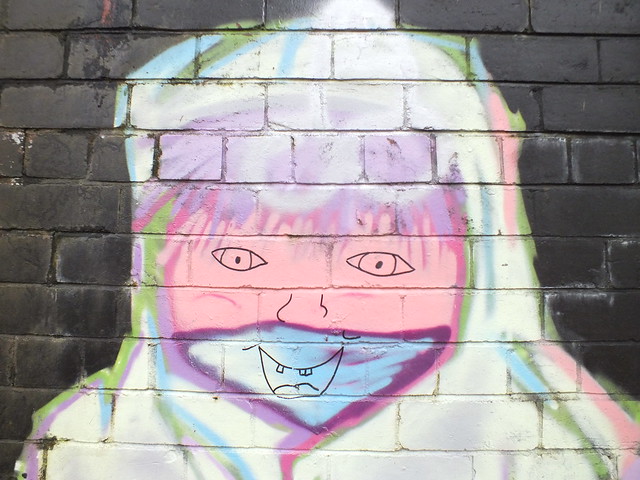 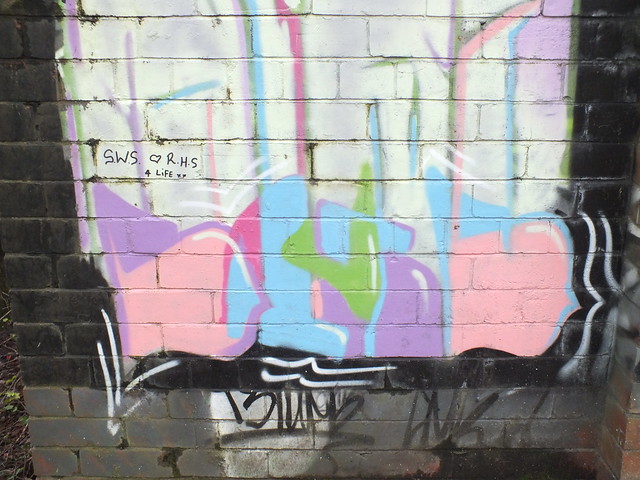 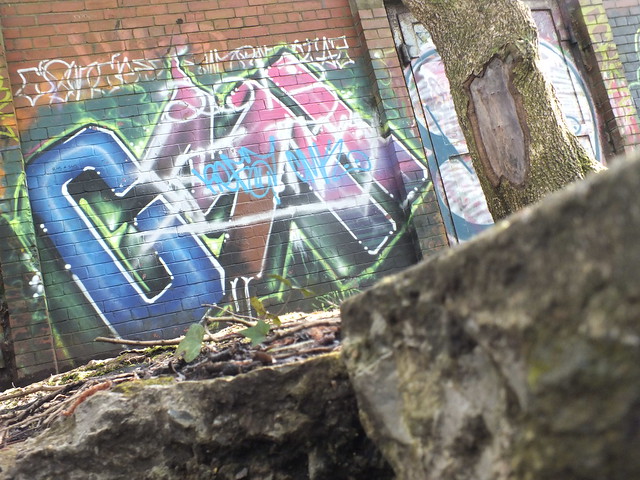 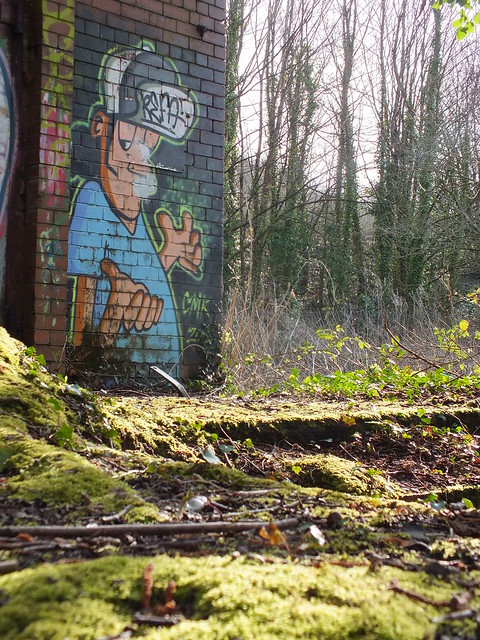 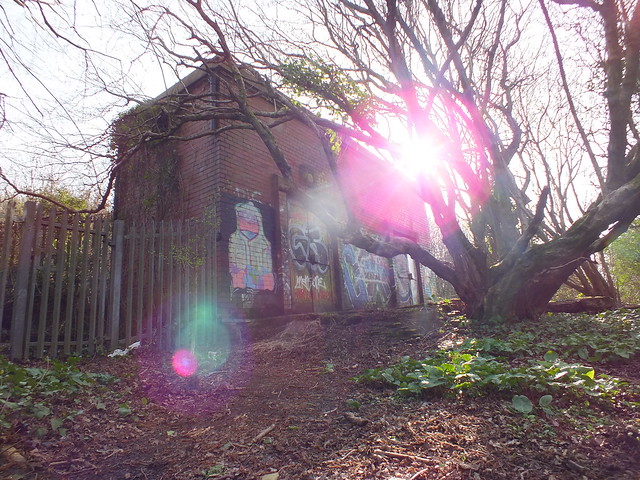