The Dulwich Street Art festival was held in May in 2013 and attracted a whole range of high callibre street artists from across the globe – all of which brought their own distinctive style.

The likes of Phlegm, Thierry Noir, Reka, Connor Harrington and Agent Provocateur were amongst a huge line up decending on the South London suburb for a few days as part of the ‘Baroque The Streets’ event.

Over the nine day event a number of large murals and installations based on the works of masters such as Rembrandt, Poussin and Giovanni Battista Tiepolo were created all over Dulwich with something new popping up around each corner. 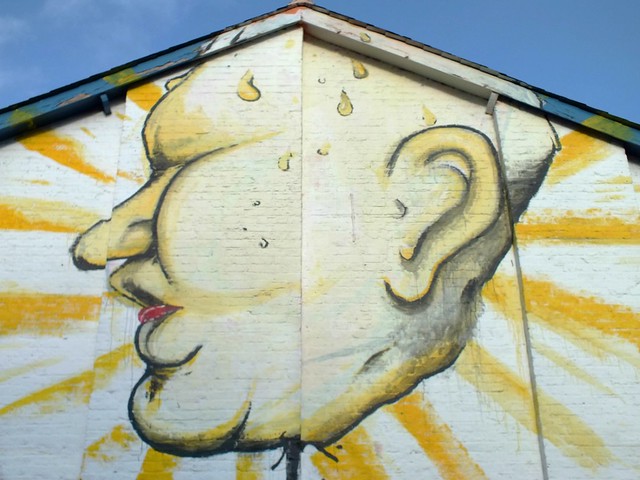 Italian artist Run created a few pieces for the event including an ‘Art house’ on Lordship Lane (pictured above) and this fantastic piece further towards Forest Hill. 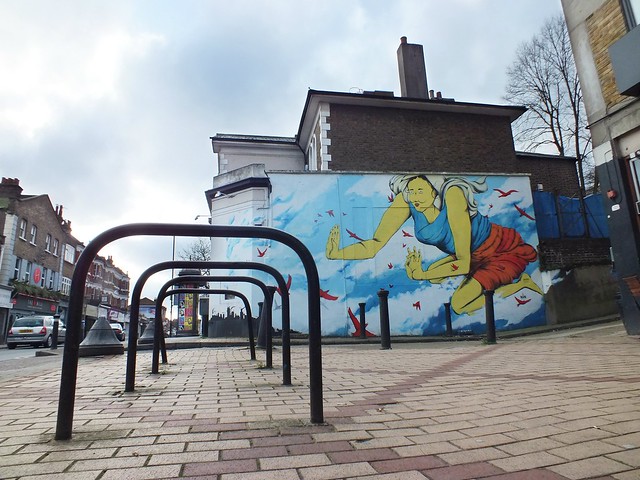 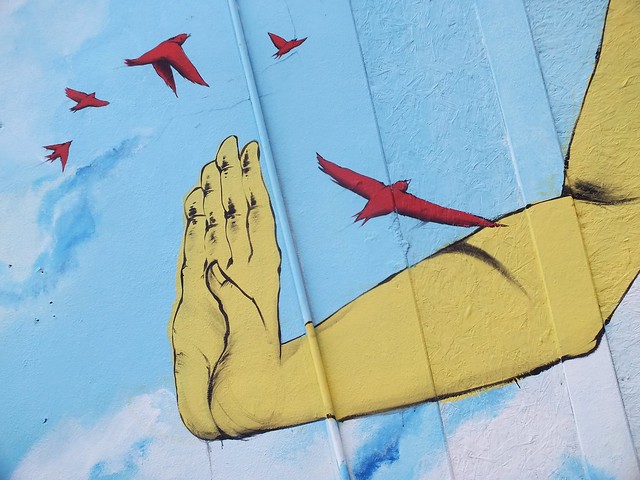 Painted on a whitewashed rendered wall here Run has created a stunning piece of work featuring a lady on her knees floating amidst loads of fluttering red birds.

Inspired by the 18th century artist Poussin’s and ‘The Translation of Saint Rita‘ masterpiece here Run had to recreate his own mystical, contemporary interpretation of the painting. 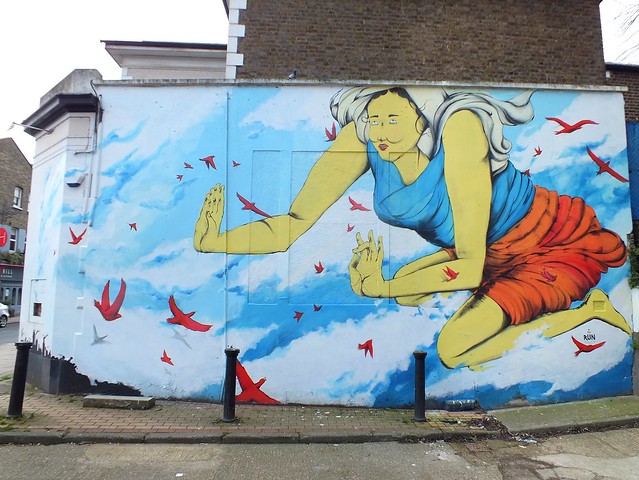 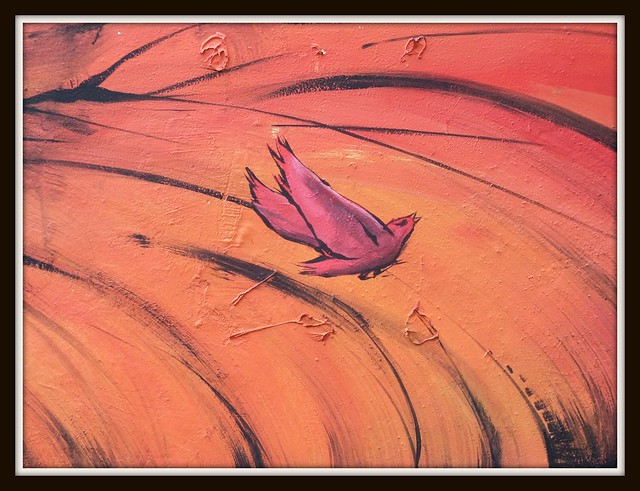 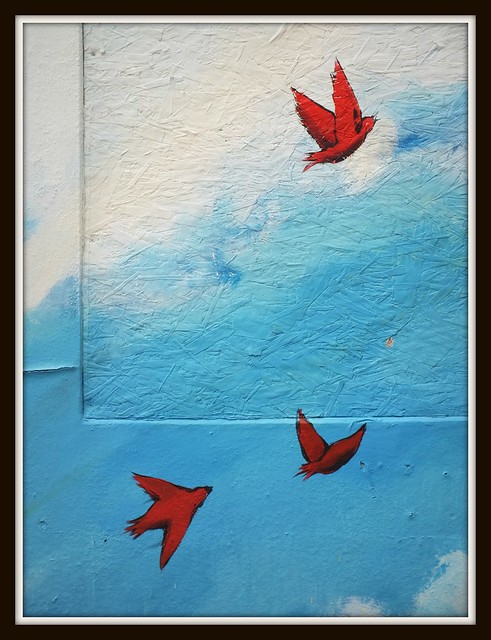 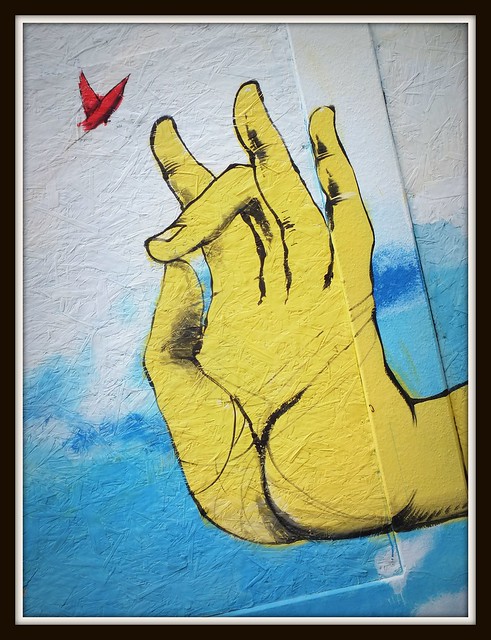 A dreamy blue cloudscape contrasts with the lady and birds whilst the boisterous but enigmatic look creates an air of mystery but calm at the same time.

There’s something quite mesmerising about the whole piece but just cannot begin to describe what is it! 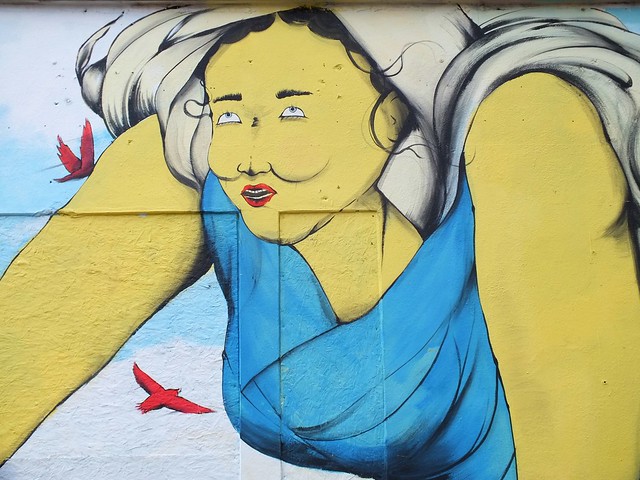 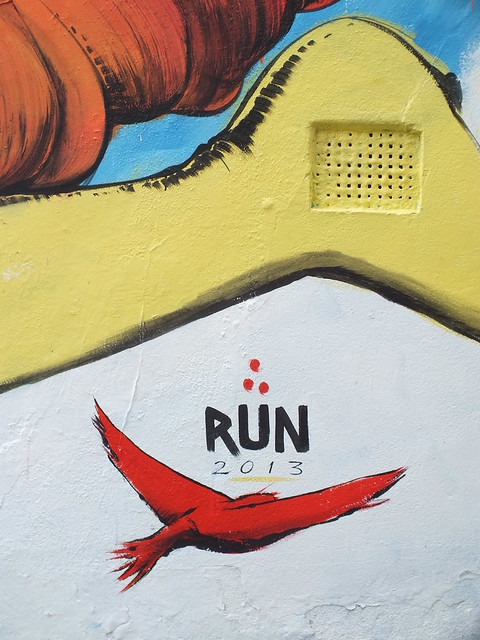 RUN is interested in street art as a language of communication, creating playful characters that speak to diverse audiences on multiple levels. The expansive scale of his works captivates the viewer, affecting a renaissance of muralism that reaches beyond the boundaries of street art.” 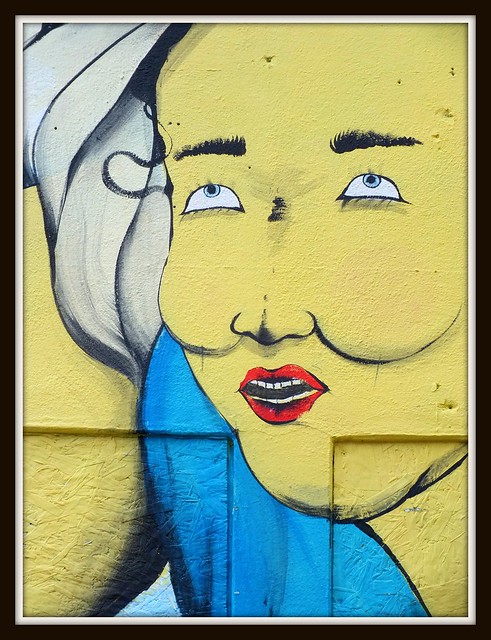 There is an obligatory Run signature and also a delightful telephone nearby too!

A few more telephones appeared in his work in Cardiff as part of the Empty Walls festival which can be viewed on the link below:-
https://diffgraff.wordpress.com/2014/10/10/empty-walls-2013-run/ 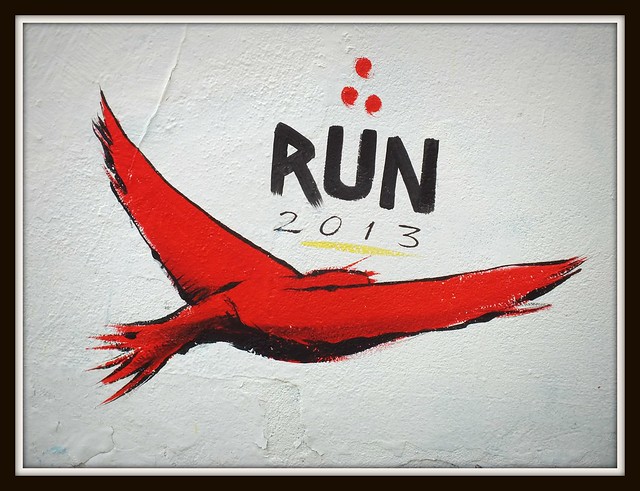 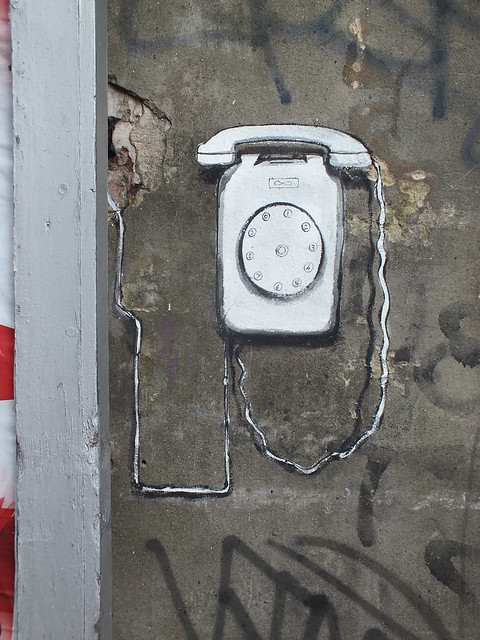